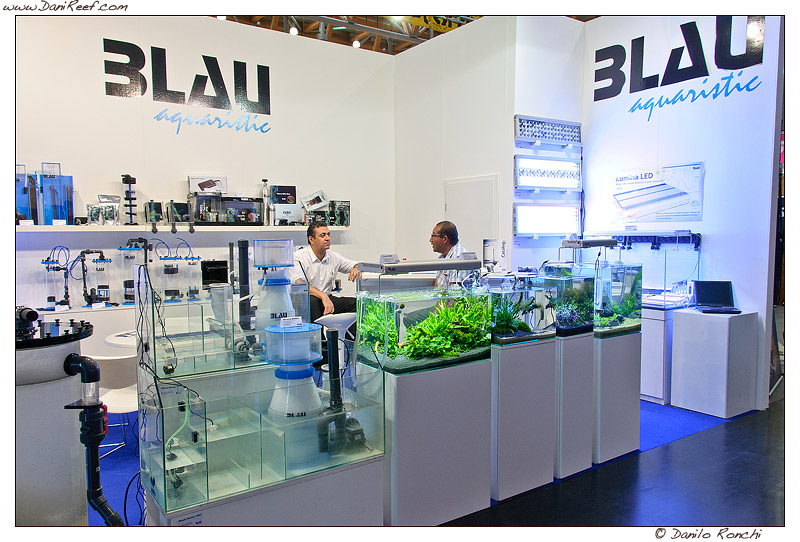 Moving between the halls of the fair we arrived at the stand of the German Blau Aquaristic, a well known company for the value for money of his products. 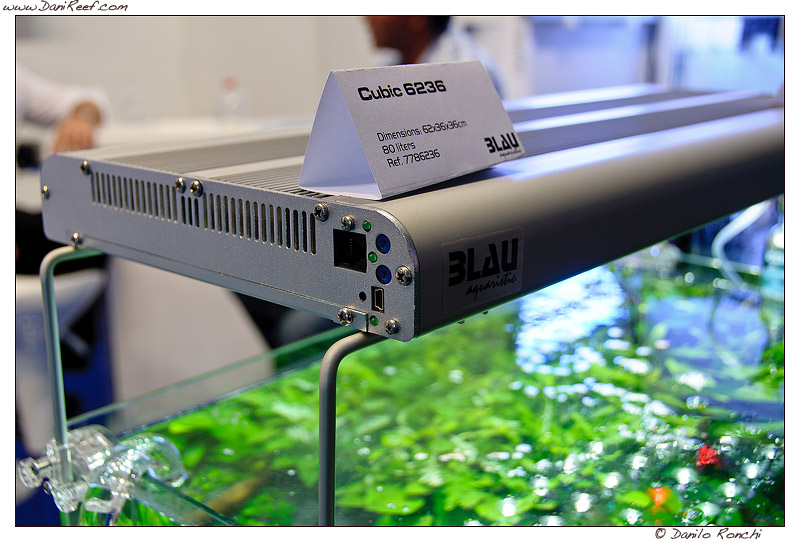 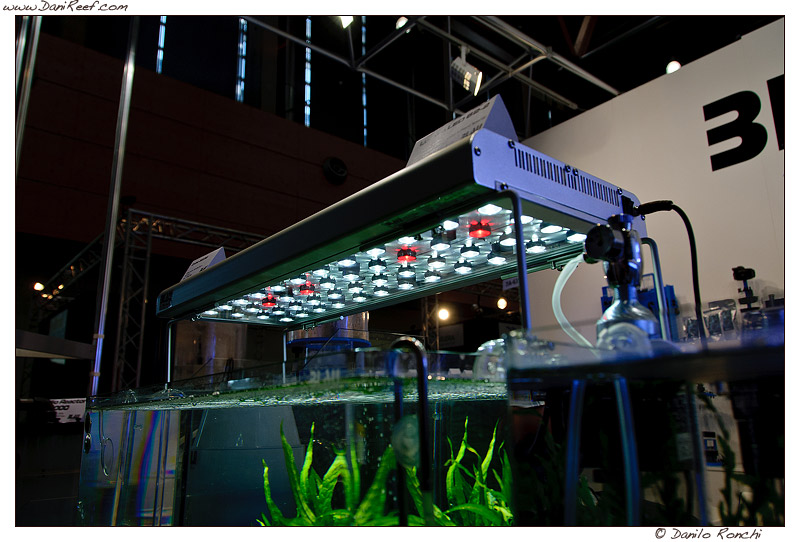 Here we see how big LEDs look viewed from below, obviously this is a version for freshwater aquariums and so we see the predominance of white LEDs associated with some red light and with no blue LEDs 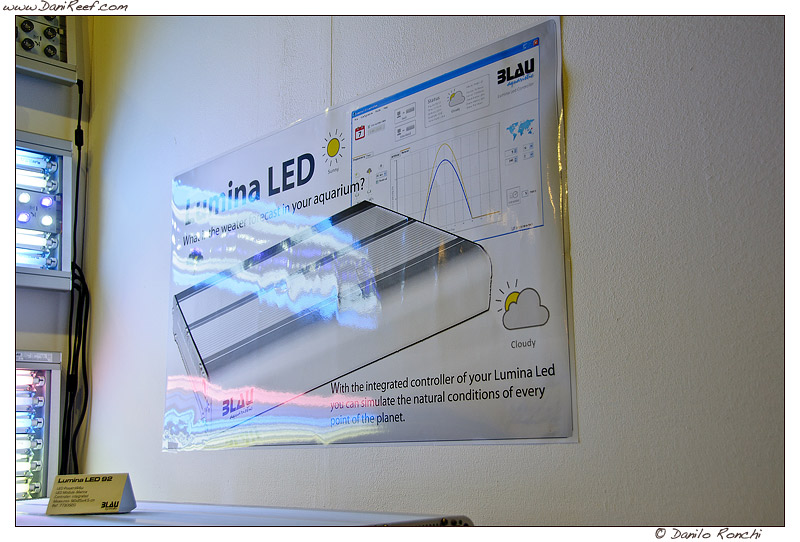 Another news is the possibility to connect the lighting to the computer to be able to manage a program that can, among other things, simulate the atmospheric situation anywhere in the world. Both for what concerns the brightness and for the simulation of clouds and thunderstorms. 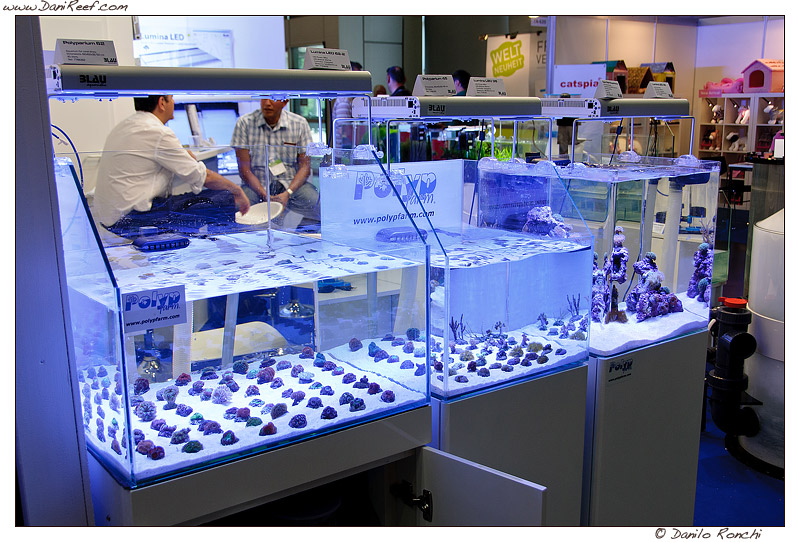 Here we see instead the marine lumina led, who tend to the classic blue, while illuminating some frags 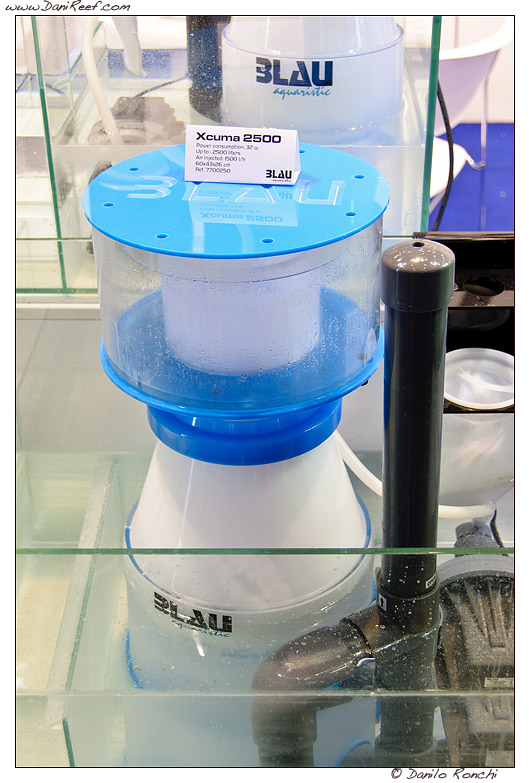 But we must not forget the skimmers, here a magnificent Xcuma 2500, 32 watts consumption, cone construction and 1500 l/h of air, which have make famous Blau Aquaristic.