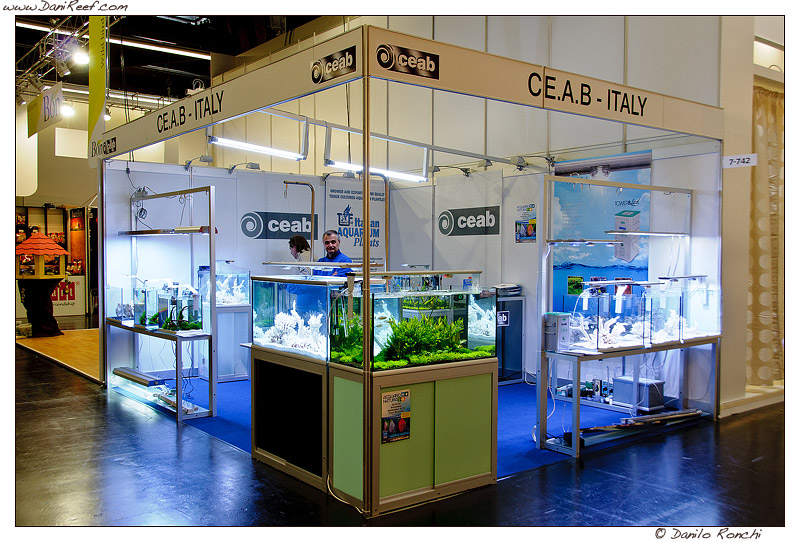 At booth number 7 we met the Italian CE.A.B., where we were greeted by an uncommon passion for lighting.

We then focused on the new led fixture called Aqua&Led that, in addition to being a fully modular design and assembled at will, may be accompanied by a wide range of LEDs. 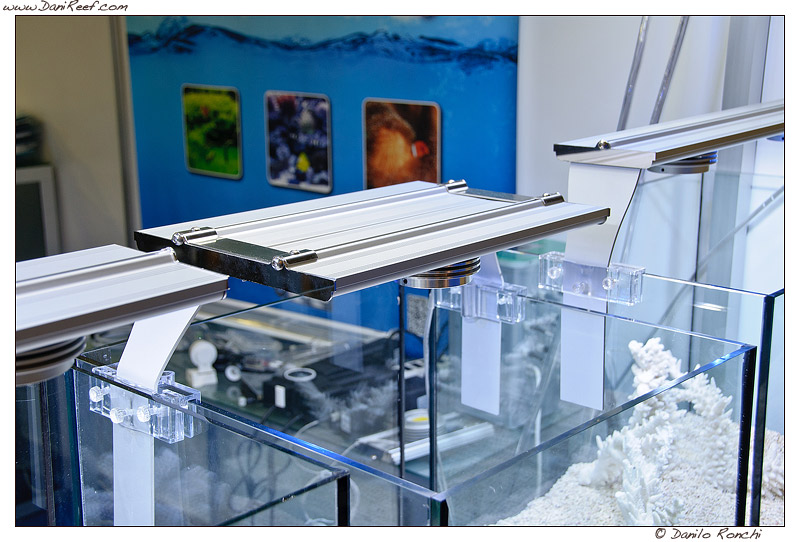 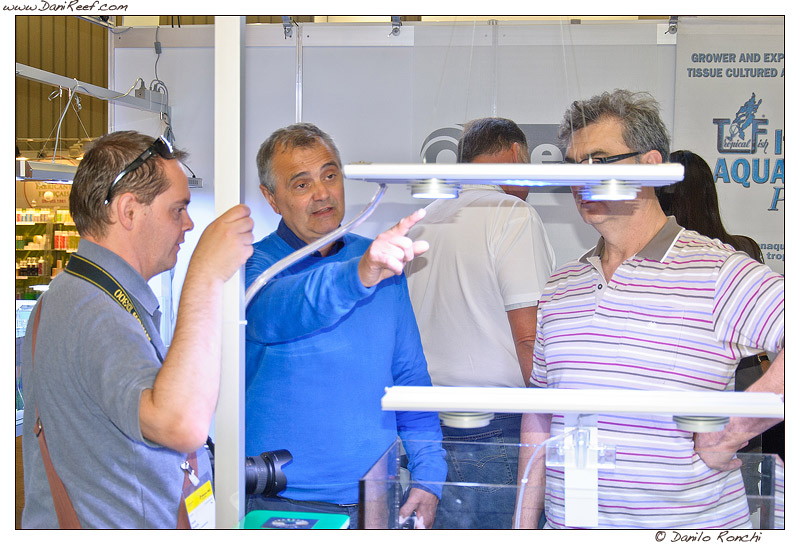 Here we see the full explanation of the operation of the new 30 watt LED. The people at CE.A.B. believe a lot in this new project, and we get involved by their passion. A ceiling thin, with a high performance LED, available in two different spectrum, from about 15,000 ° K as well as about 8,000 ° K, one suitable for marine aquariums and one for fresh water of course. 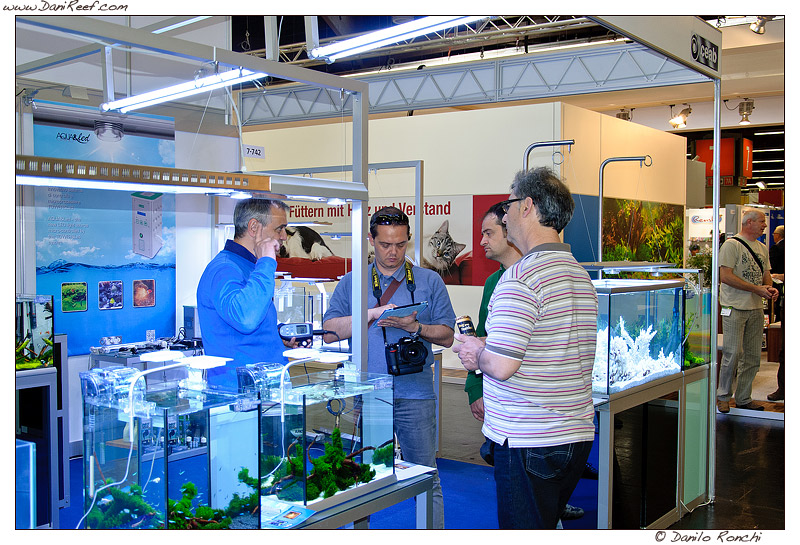 The modularity of the design allows us to add to two super LED many other modules characterized by different colors to create the spectrum we preferred. There are modules with 1, 2, 3, 8 and 9 Leds and with many different power from 1 watt, 5 watt, 7 watt and 30 watt. 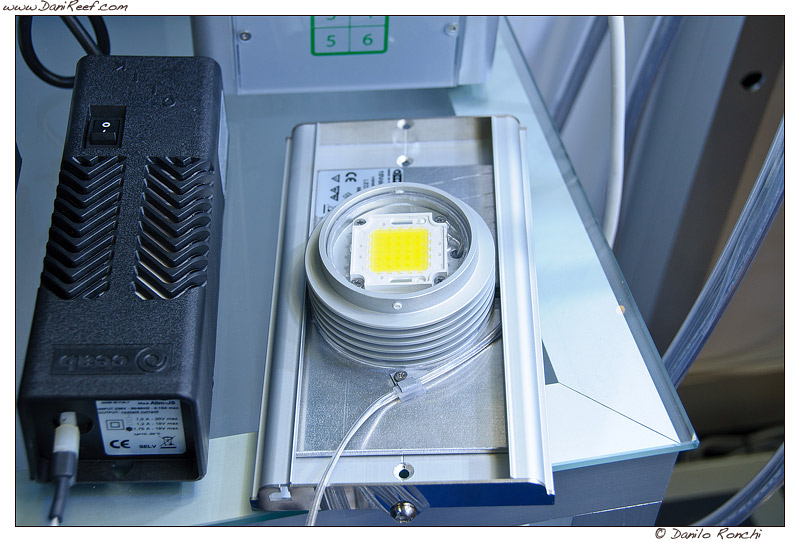 Here we see in plain sight the big LED and its transformer. From the official data CE.A.B. a pair of these LEDs are capable of 48000 LUX, 66 watts of power consumption, and with a lifetime exceeding 40,000 hours. Compared to a 150 watt HQI that, according to their measurements, has 31500 LUX, 189 watts measured and declared half-life of 8,800 hours.

And also the temperature measurement between the two systems is 25°C at 10 cm away for the LEDs and 51°C at 20 cm away for HQi, although this may be a disadvantage in colder climates because then it will be necessary provide more heat to the tank. 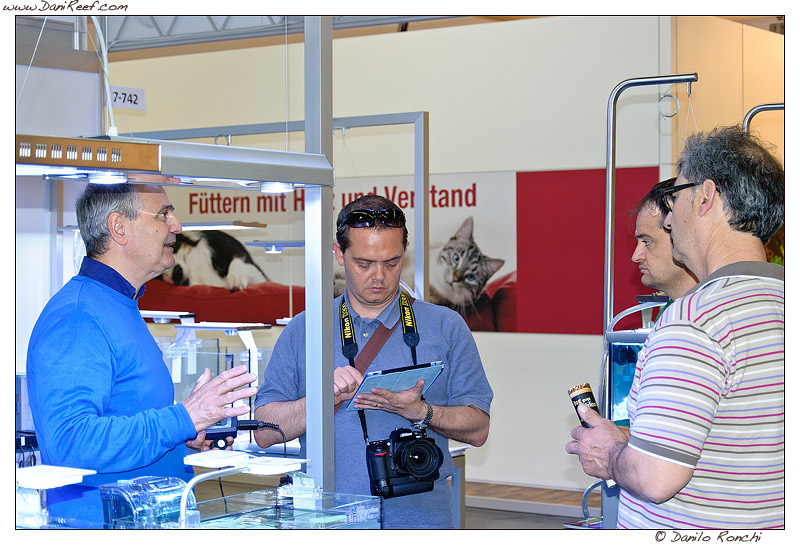 A comparison, however, unforgiving, and all in favor of LEDs. It would be interesting to compare it with a 250 watt to understand what can be achieved with a series of these 30-watt LED. 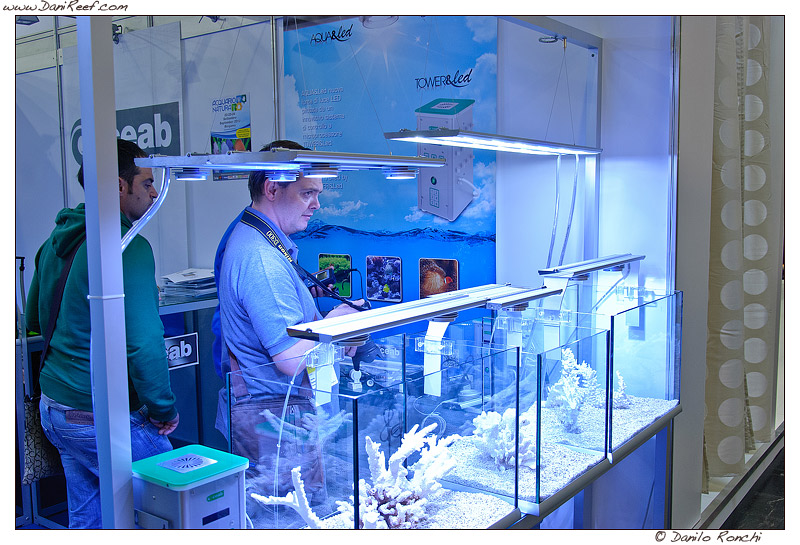 Over here you can see the light developed by Aqua&Led, albeit in a static environment and waterless, the brightness appears to be remarkable. And the prospect of having a modular system is very attractive, especially at a cost around 180 euros per module. 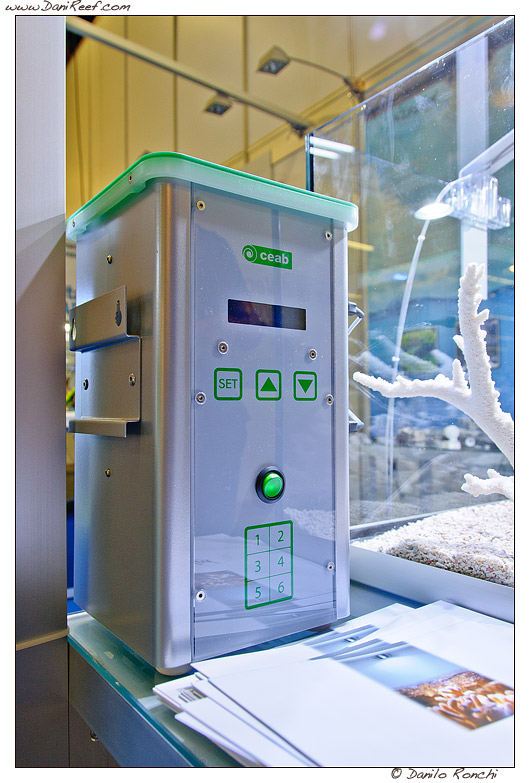 What you see above is instead the Tower&Led, power supply by CE.A.B. for its LED lamps. 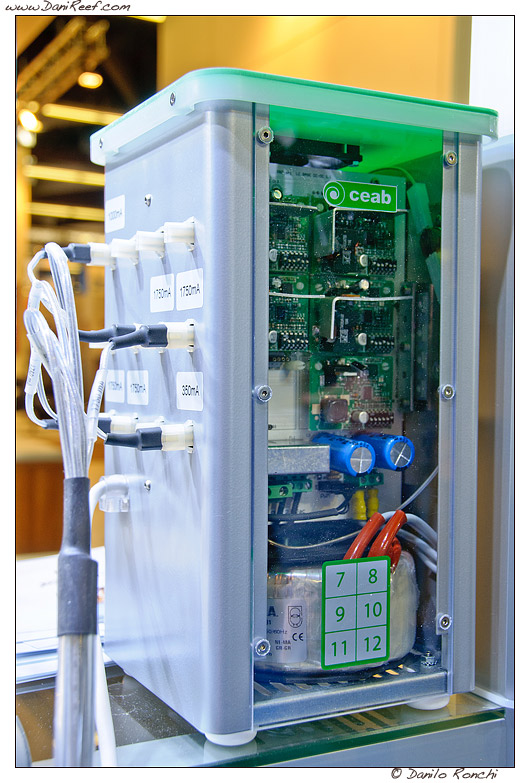 Although not very bulky Tower&Led incorporates a microprocessor capable of controlling up to 12 channels at low voltage. Each channel can drive from 0.5 to 50 watts. It is therefore an ideal accessory, and compact, to drive the Aqua&Led. 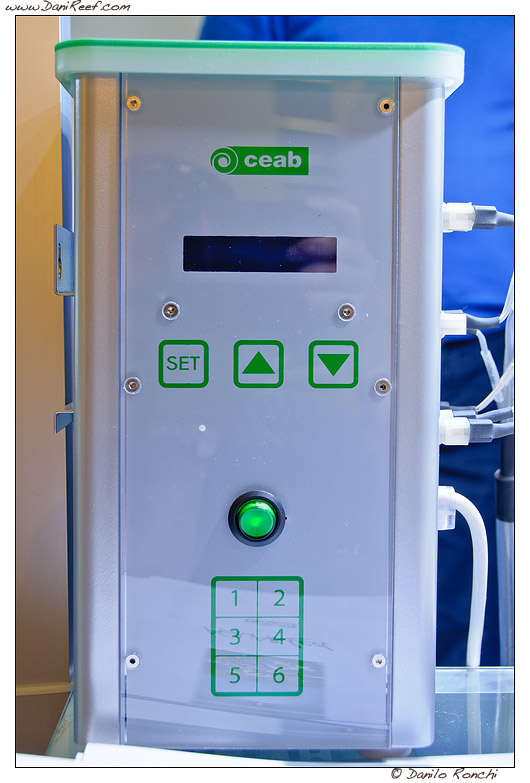 Obviously through the controller you can drive separately all the 12 channels and modulate the intensity of the various channels throughout each day to create your ideal spectrum. 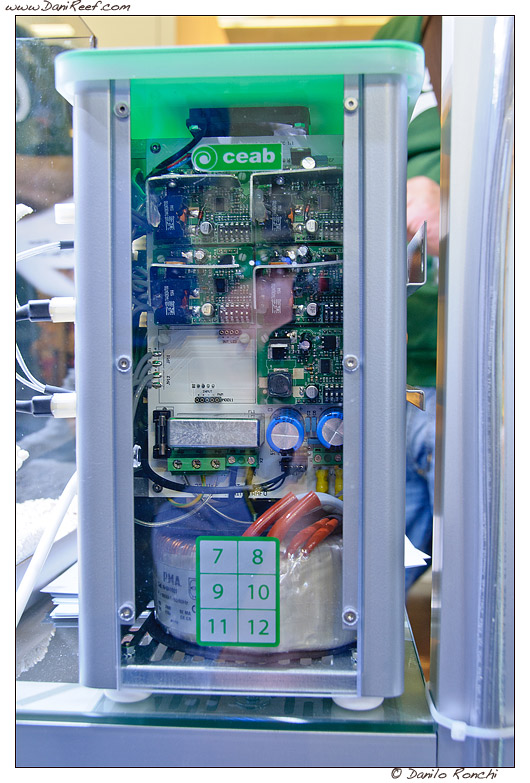 The toroidal transformer at the base is truly remarkable!

We can only close the article underscoring how we really enjoyed CE.A.B. and we’d love to try one of these fixtures to be able to test its quality. But surely the coupled Aqua&Led and Tower&Led has been very interesting and we was very impressed.