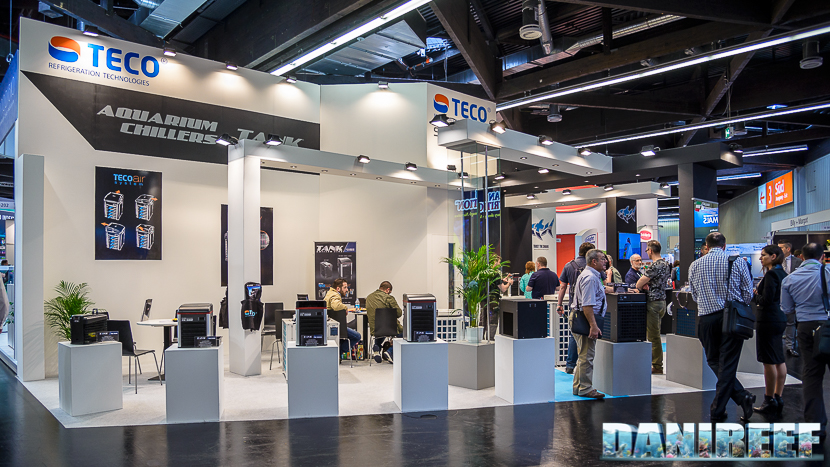 We encountered Teco in the same booth space that they have used for several years, which was a fun discovery! Their booth was quite large, and showcased their chillers, from the smallest TK150 (read our review) to the biggest TK2000.

This range of sizes has remained unchanged, in spite of the enormous changes that have accompanied the transition from the old Teco TC to the four new TK, including the previously-mentioned TK150 and the TK500, (you can read the review), and we continue to believe it is the best chiller on the market.

This year, Teco’s work has been focused on two new products and a very interesting partnership with ATM. 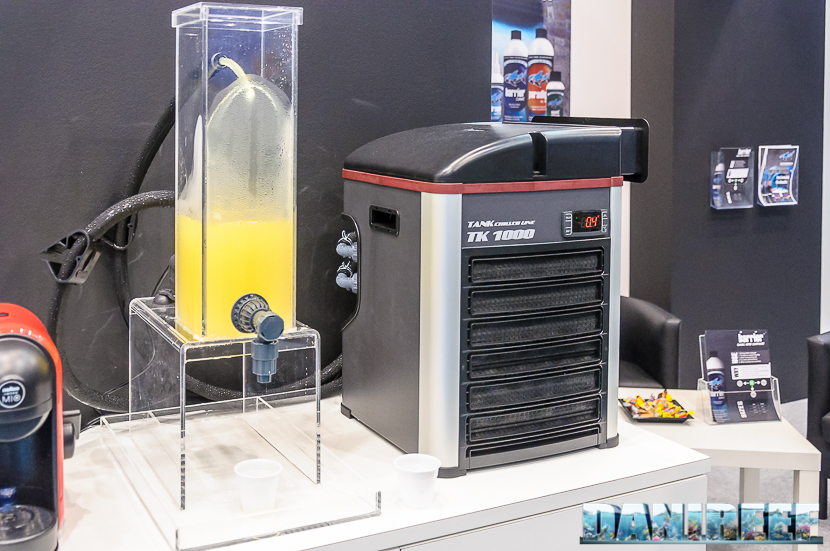 Obviously, we are not talking about the Teco TK1000 limoncello edition, which kept the limoncello (a lemon liqueur drink), at 0.4° at the booth, available to all those who requested it. But we were impressed that the chiller firmware could be modified to operate at such low temperatures. 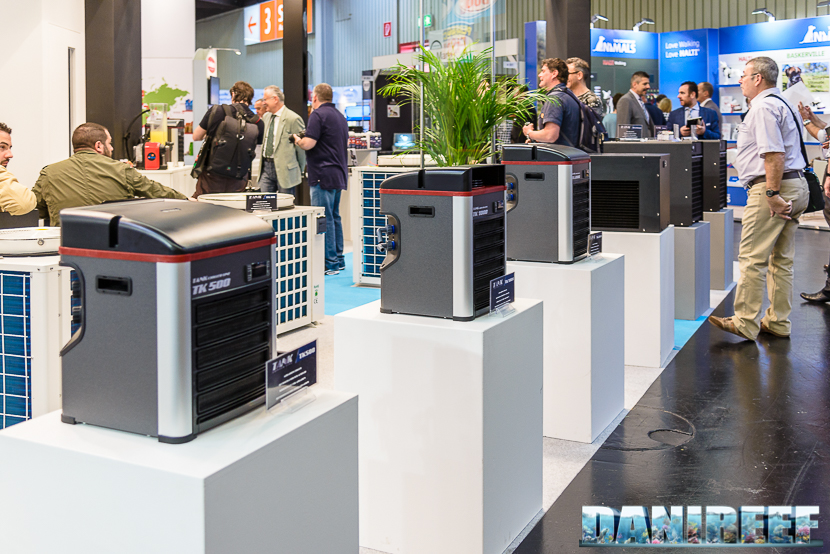 The first real new chiller was the Teco TK2800 “lobster edition“, a TK2000 specifically designed for restaurants and similar, hence the name “lobster”; it has very stripped-down features, and is a product designed to work solely on very large aquariums which need to maintain a very low temperature. 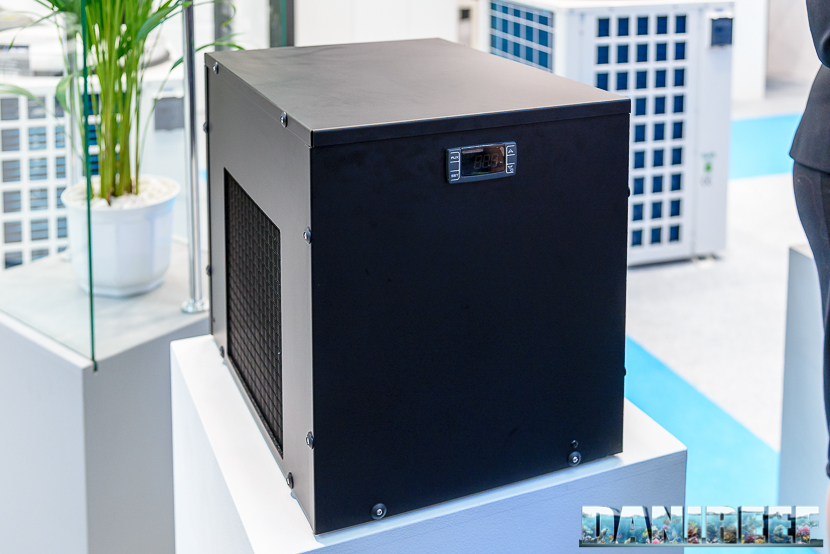 As you can see from the photograph above, it is basically a nude chiller, completely dedicated to the brute force of refrigeration.
Another big new chiller presented by Teco was the TK9000 that, as the name suggests, broadens the Teco range at the top, reaching heights never touched before. 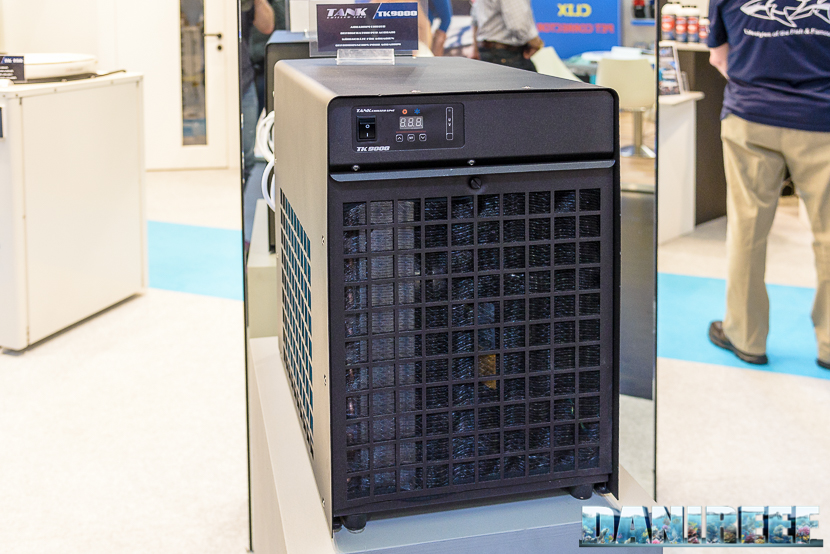 Until now, there were only four chillers for classical aquariums, the TK150, the TK500, the TK1000 and TK2000, which were also associated with the largest TK3000 and TK6000. Today, the Teco TK 9000 can handle aquariums up to 9,000 liters (about 2400 gallons)! These are units designed for large public aquariums rather than for the rare domestic systems of this size.

Teco also announced the launch of their new app, Teco Aquarium, for both iOS and Android, an application that helps the consumer decide which Teco chiller is best suited to our needs and our aquarium. Really well done and very complete, from the measurement of the volume up to the evaluation of the pump power. The app recommended that I get the Teco TK500, but I prefer to use the smallest TK150 coupled to Teco Echill fans. And finally, we come to the biggest announcement: starting this year, Teco will distribute in Italy, and in all European countries except England, ATM products. 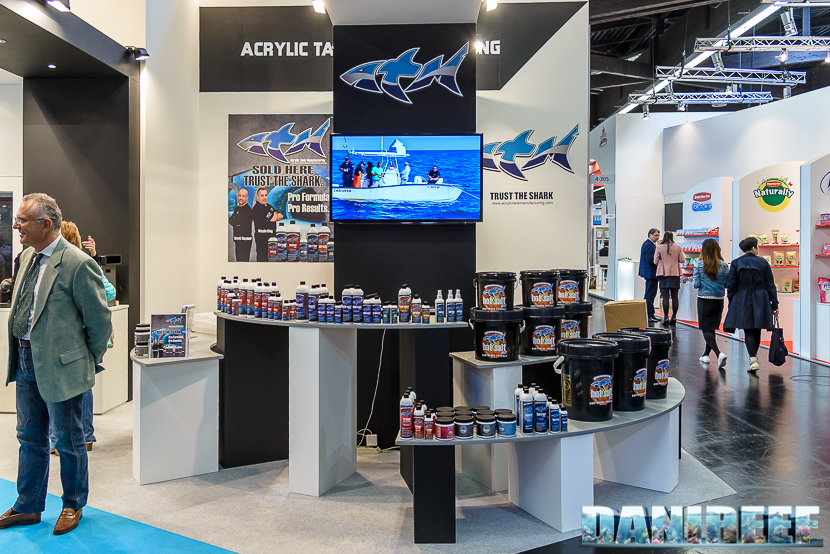 ATM is the acronym for Acrylic Tank Manufacturing, the company behind the tv show Tanked. For more information on Teco and their newest products, I invite you to visit their official website and their facebook page; I also invite you to read our editorial about the fair, to get a great overview of Interzoo.