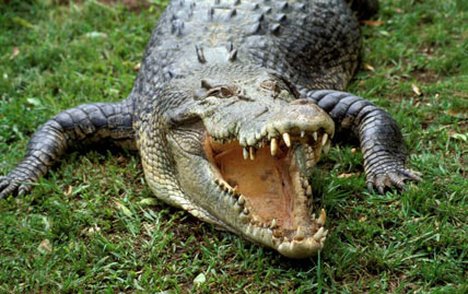 Invasive species should be a subject that concerns us all. For example, reef fish in South Florida and the Caribbean are being decimated by the invasive lionfish scourge. Most experts believe that the lionfish problem in the region started when careless aquarium hobbyists tossed their unwanted lionfish into the waterways. And the rest is history. The case is no different with the alarming news that three Nile Crocodiles have been found in South Florida since 2009. A DNA test confirmed they were in fact Nile Crocodiles.Unlike the relatively docile American Alligator, the Nile Crocodile is very aggressive. In their native home of sub-Saharan Africa, it is estimated that the Nile Crocodile is responsible for at least 200 human deaths per year and can weigh up to 1600 pounds. It is not clear how these crocodiles made it into Florida. “They didn’t swim from Africa,” said University of Florida herpetologist Kenneth Krysko. It is most likely that the crocodiles were released into the waterways by irresponsible hobbysists. Floridians are generally accustomed to seeing alligators and know that for the most part, they dont pose a great threat unless harassed. Living in South Florida myself, I often see American Alligators sunning themselves on golfcourses and even in my brother in law’s swimming pool. My fear is that the Nile Crocodiles might become the sad lionfish story of the Everglades. MORE