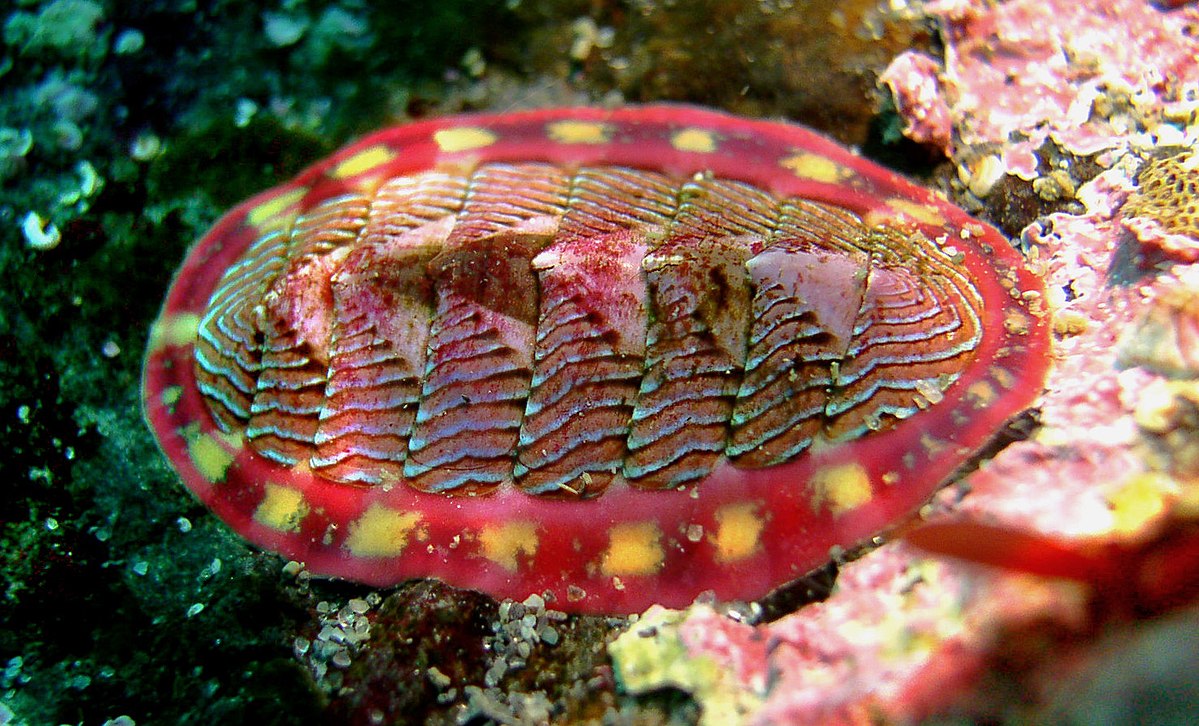 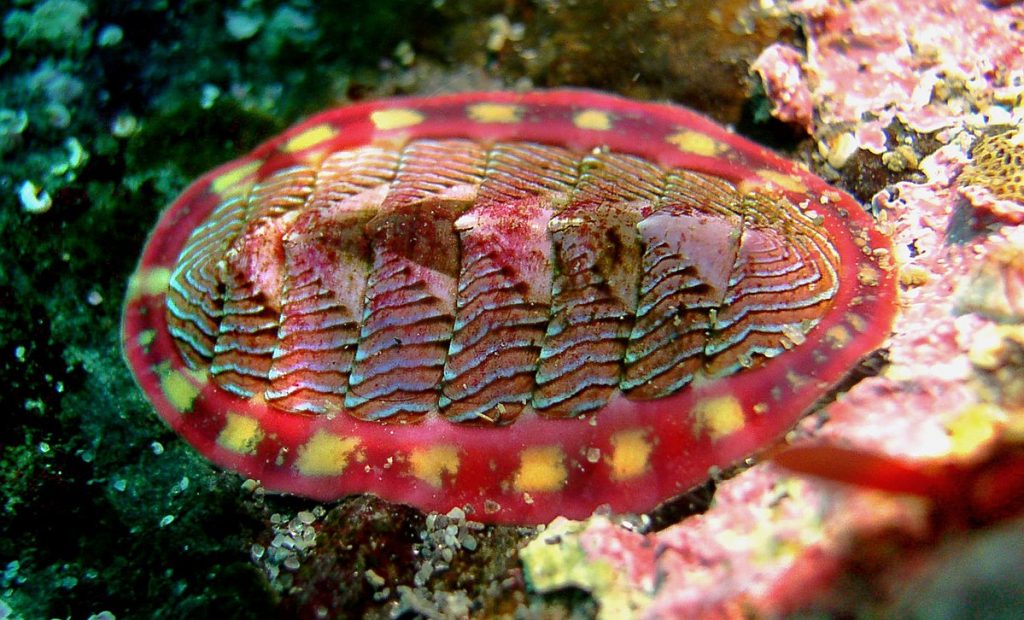 A chiton creeps along slowly on a muscular foot. It has considerable power of adhesion and can cling to rocks very powerfully, like a limpet.

Chitons are generally herbivorous grazers, though some are omnivorous and some carnivorous.[30][31] They eat algae, bryozoans, diatoms, barnacles, and sometimes bacteria by scraping the rocky substrate with their well-developed radulae.

A few species of chitons are predatory, such as the small western Pacific species Placiphorella velata. These predatory chitons have enlarged anterior girdles. They catch other small invertebrates, such as shrimp and possibly even small fish, by holding the enlarged, hood-like front end of the girdle up off the surface, and then clamping down on unsuspecting, shelter-seeking prey. (via Wikipedia)