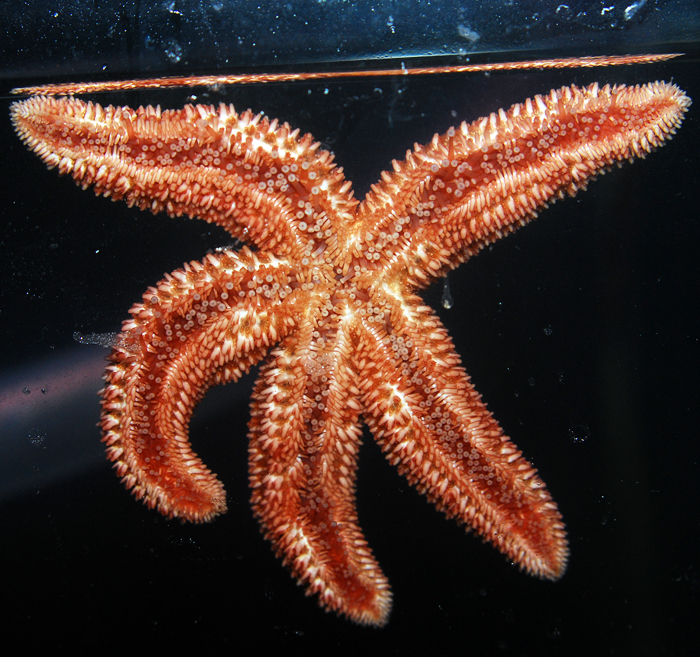 The orange and brown Common Atlantic Sea Star is a good sea star for large coldwater aquariums and will help clean up leftover meaty foods. It is not recommended for reef aquariums that house molluscs or bivalves like clams, snails, barnacles, urchins, or feather dusters and similar worms, which it preys on naturally. It typically grows to about 10″ in diameter in aquariums, but larger specimens are found in the wild. It does best in temperate aquariums up to 68 degrees F.