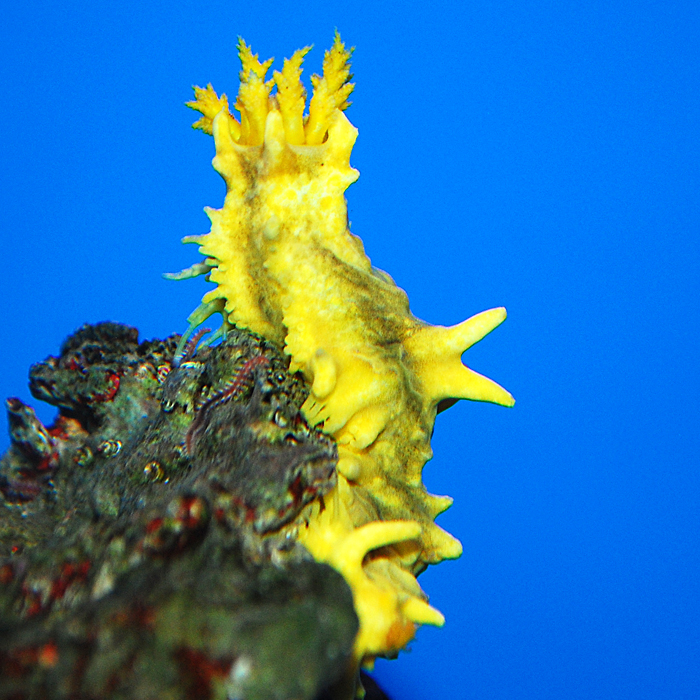 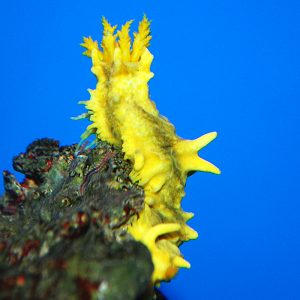 The Yellow Sea Cucumber is a tiny animal that only grows to about 2.5″ in length and may be kept in smaller aquariums. It is a filter feeder, so it benefits from feedings of phytoplankton. You may also gently stir the sand bed near the cucumber while its tentalces are extended, and it will eat the bacteria that is disrupted. It has been known to reproduce asexually by splitting in the home aquarium. It is rare for this species to release toxins, but it may do so when it is stressed or it dies. Use caution, especially with larger specimens or when housing them in small aquariums. If you suspect your cucumber has released toxins, do a large water change and put carbon in the filtration system. Always have several pounds of fresh carbon on hand in case of emergency.