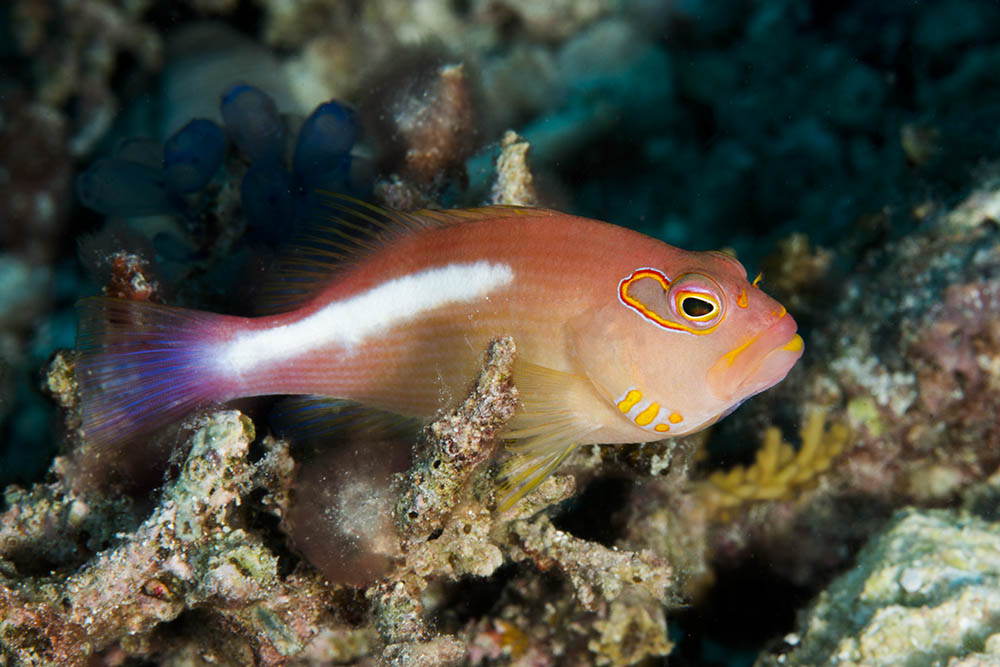 There are plenty of Hawkfishes across the Indo Pacific and Tropical Western Atlantic. Fishbase recognizes 33 species in the Family Cirrhitidae, which biologically is not a million miles away from the Scorpaenids, which when you’ve seen a few from both groupings, makes a lot of sense. 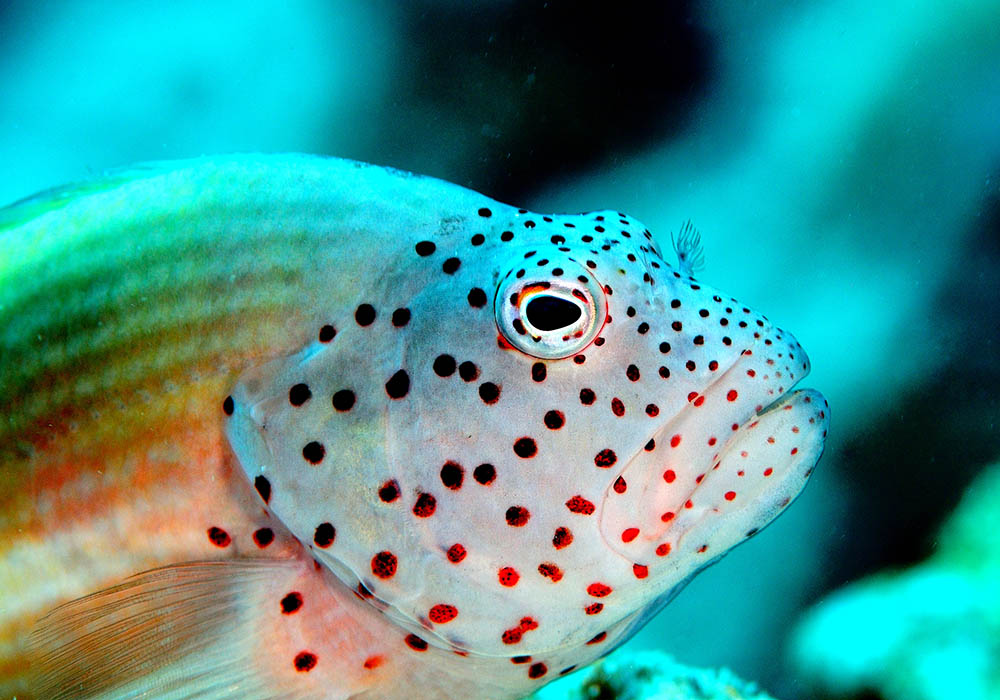 Freckled are always a favourite

I’ve seen quite a few Hawkfish and enjoyed photographing them all. I’ve often considered them to be a photographer’s friend as they are generally easy to approach. When you need a few fish portraits and close-ups to complement some wide-angle reef shots, these fish really help out as they sit atop coral colonies defending their territories. 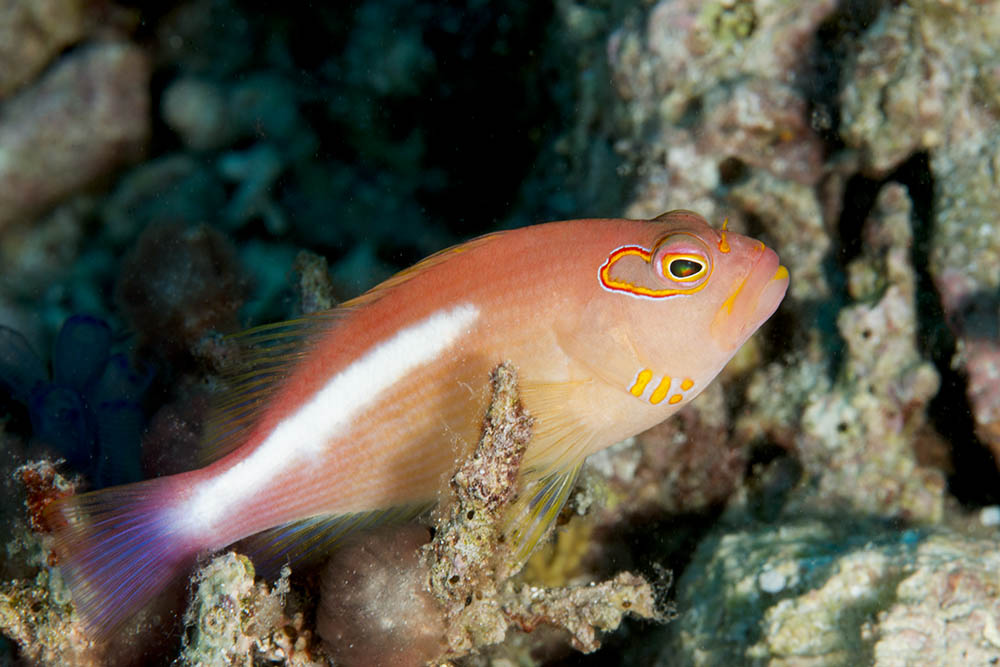 Of all the ones I’ve seen though, I think the Arc-Eye (Paracirrhites arcatus), from the Indo-Pacific, is the most attractive. It has perhaps the richest coloration of the lot, being a bright mixture of scarlet and oranges, easily out competing the Flame Hawkfish. In some regions it can be more muted – almost green, but these images from the Maldives show a very colorful example.

Some people enjoy the markings of the Freckled Hawkfish, which is a very variable fish. Sometimes it is quite dark in color. Others are rightly impressed by the patterns on the Long Nose, which allow it to lurk amongst gorgonians while looking out for crustacean prey. 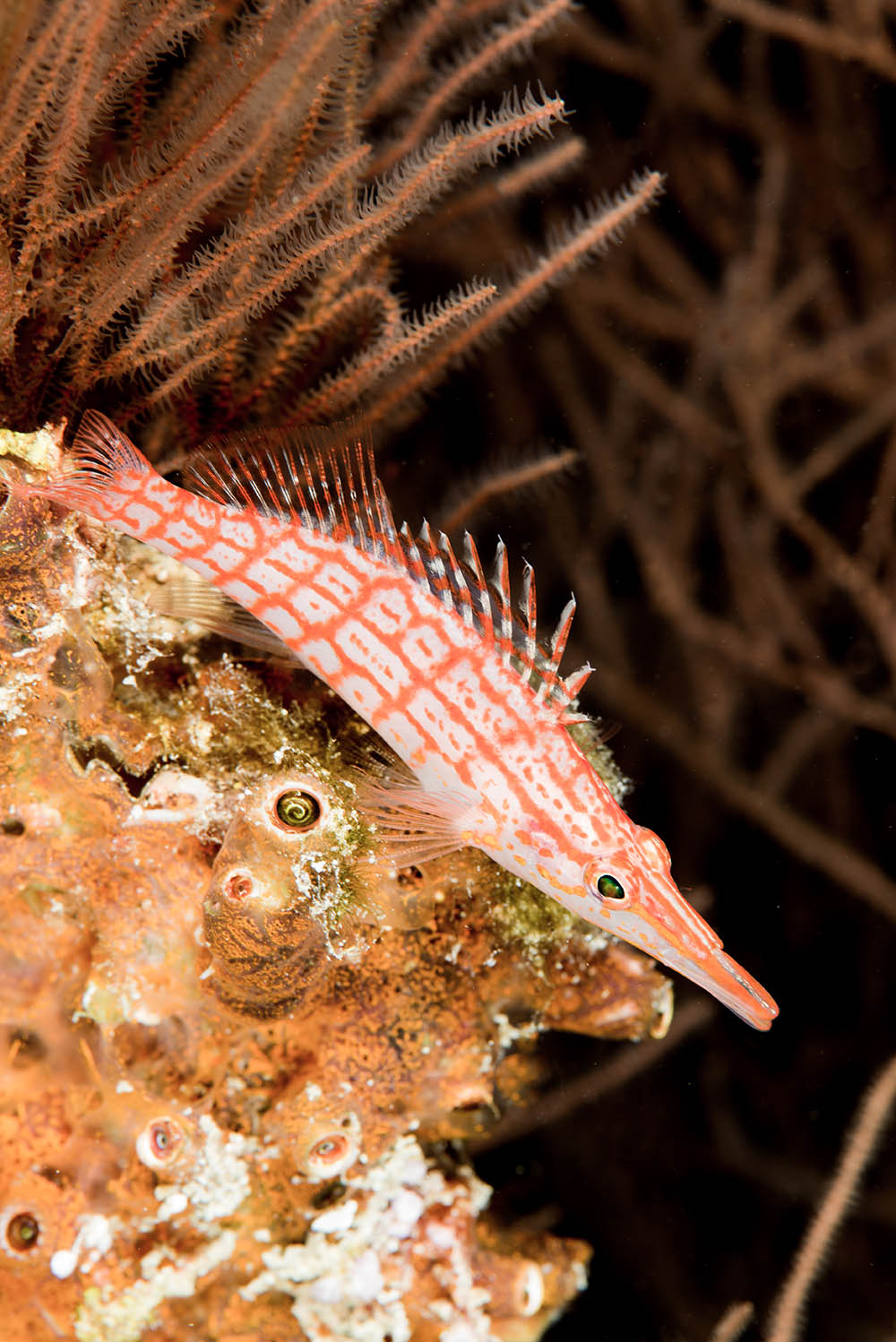 I think overall the Arc Eye has it, due to the delicate striping around the eye and the pattern on the gill cover, which on a well-lit reef really stands out. I’d love to know why these markings developed and what role they play. 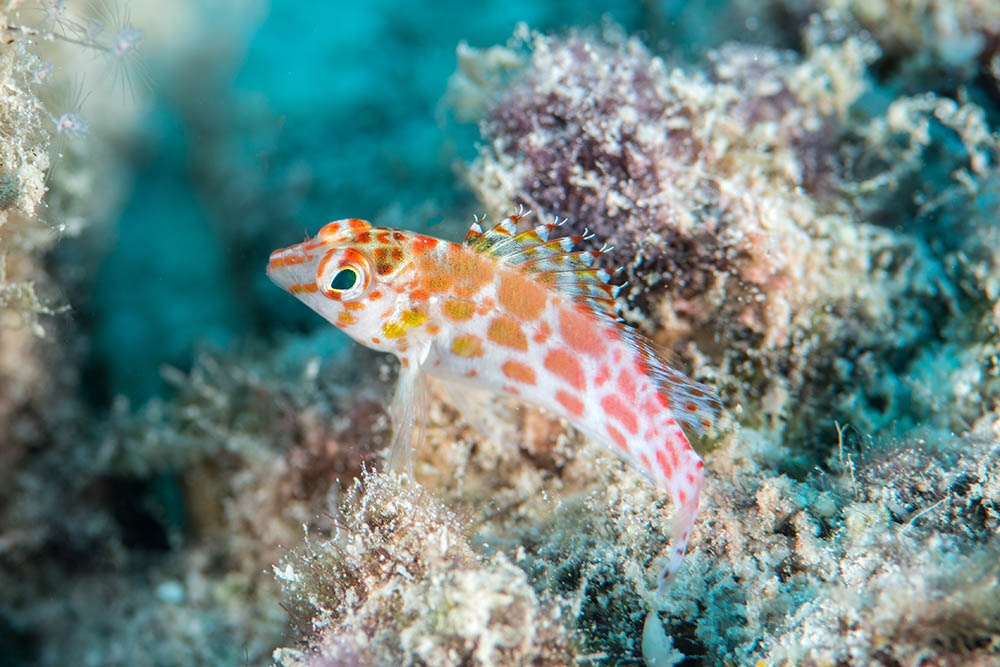