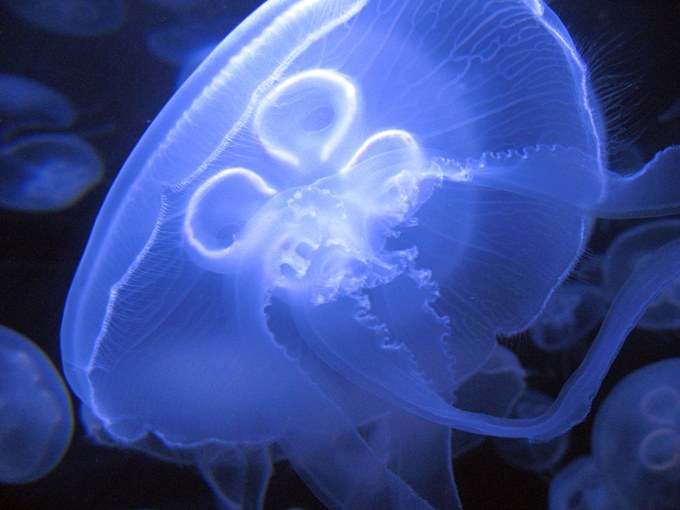 Jellyfish on the attack?


On June 24, jellyfish crippled a Japanese nuclear power plant (north of Tokyo) by clogging the filters to the pipes that supply the power station with seawater for its critical cooling systems.

On June 30, an invasion of the jellyfish Aurelia aurita imitated the prior week’s performance by obstructing the filters at Torness nuclear power station in Scotland.  And unlike the partial power interruption of the Japanese incident, the Scottish jellyfish successfully forced the shut down of both reactors at the power station.

And just this week, Israel was forced to shut down one of its Hadera nuclear reactors because of jellyfish.

What in the world is going on?

No one really knows.  Jellyfish have interrupted nuclear station operations in year’s past, but three incidents in consecutive weeks is unprecedented.  Jellyfish typically bloom during warmer months.  However, bigger blooms have been sighted (albeit not scientifically quantified) during the past decade.  Some scientists believe warming waters is responsible for the uptick of jellyfish.  However, this year is one of the coolest years in recent history, so the surge of jellyfish population explosion this summer is perplexing.  Scientists do not have enough data to assess global jellyfish populations, so they are unable to determine if the increase in jellyfish is a local or global phenomenon.

Is nature telling us something?

Is this all merely a string of bad luck?

Or perhaps a jellyfish conspiracy is afoot …