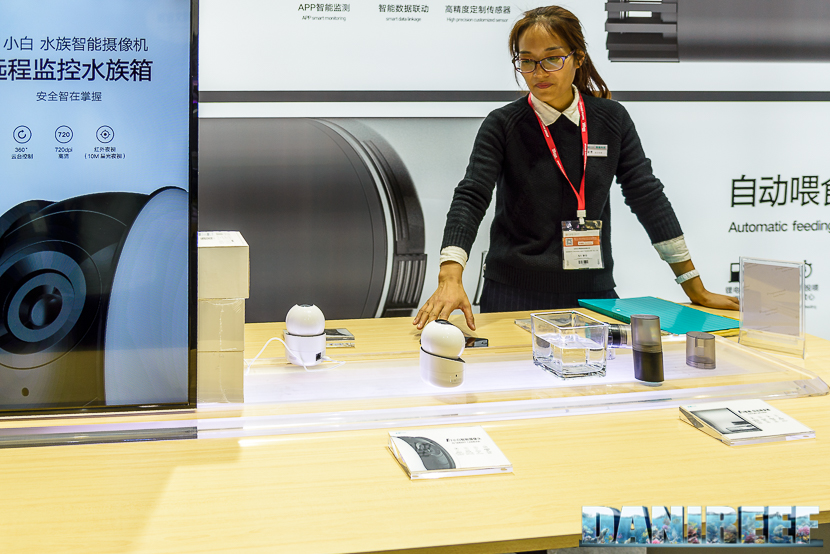 If you love technology and aesthetics, then of course you know Apple. And if you have ever been in a Apple Store anywhere in the world,  you can recognize them very easily.

Jiyin, a Chinese company that we didn’t know, got its inspiration from the Apple concept, and essentially reworked the same idea for reef equipment.

It had tables similar to the ones you would find at any Apple Store, products in plain sight, enormous screens, and beautiful boxes in binders following the Apple style. It was an explicit reference. We can’t definitively report on the quality of the tools, but it was impossible not to notice them, so we stopped and watched.

Maybe the pictures don’t convey it, but Jiyin‘s booth was very beautiful, clean, and linear. And it was just full of people. 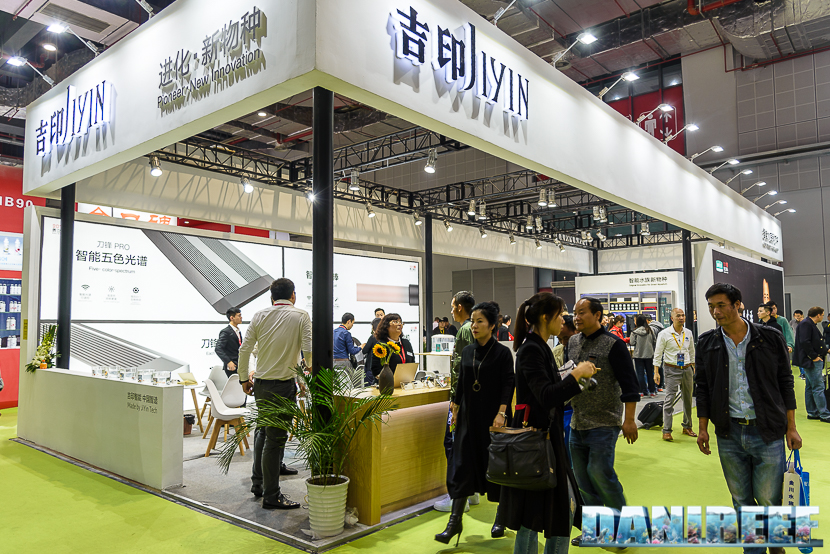 Jiyin‘s idea is to provide an expandable and always connected ecosystem in the aquarist world.

Let’s begin with some numbers of this company: Jiyin has 3,500,000 clients, 3 years in business, and 35 employees in the Research and Development sector. It even owns 6 patents. 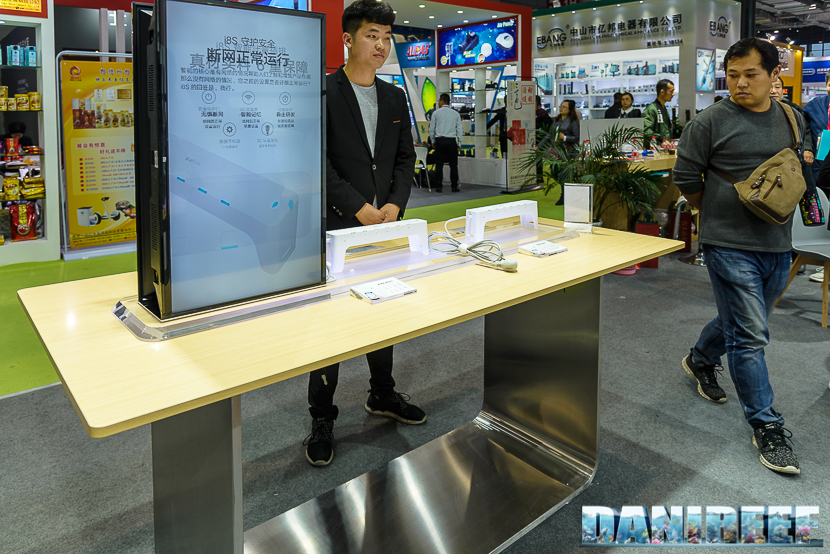 This is a multiple socket, which can be controlled by a smartphone, and linked to any task, more or less the same thing you can do with Aquatronica (review) for example. It’s stylistically a beautiful tool, with the sockets in the inferior part and a small LED in the upper part that shows its state. 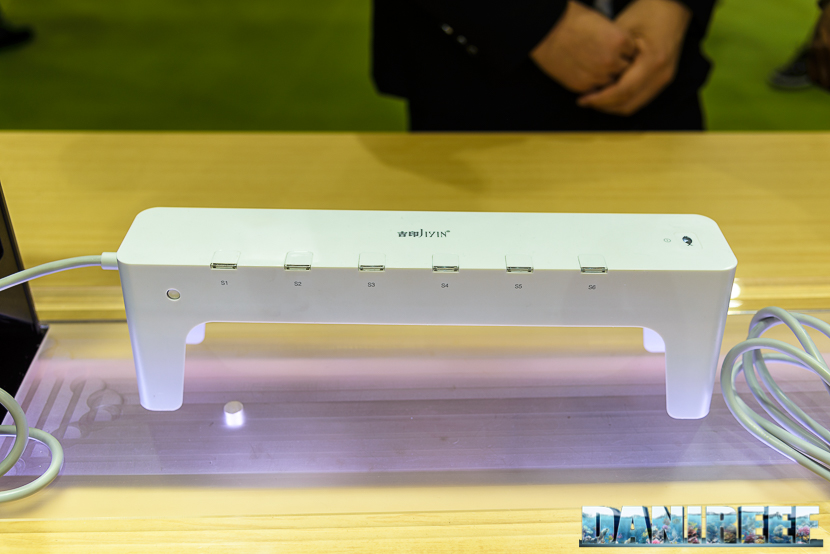 In this case, we have a multiple socket with 6 inputs. They’re designed for the Chinese market’s products; they’re compatible with the Italian ones but it’s a little bulky.

Another interesting product is a surveillance camera for aquariums, which can be oriented and allows a web connection. 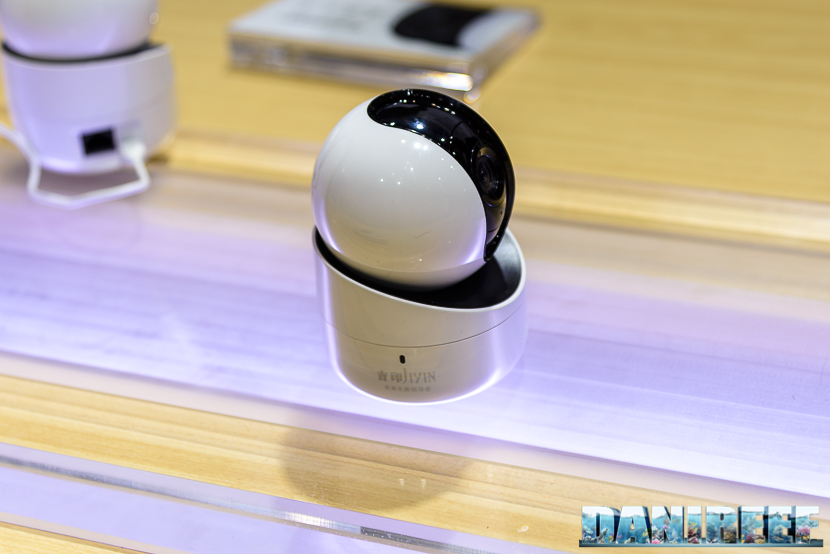 It’s beautiful designed, but unfortunately,  it’s just about 720p, even with the connection speed we have, it’s not a terrible idea. Sure, it could have been in full HD and it could have been commanded in a more dynamic way, namely, through the network.

It can be commanded in real time with the app, has infrared vision, continues working even if it loses network connection, and it (obviously) can rotate about 360 degrees. 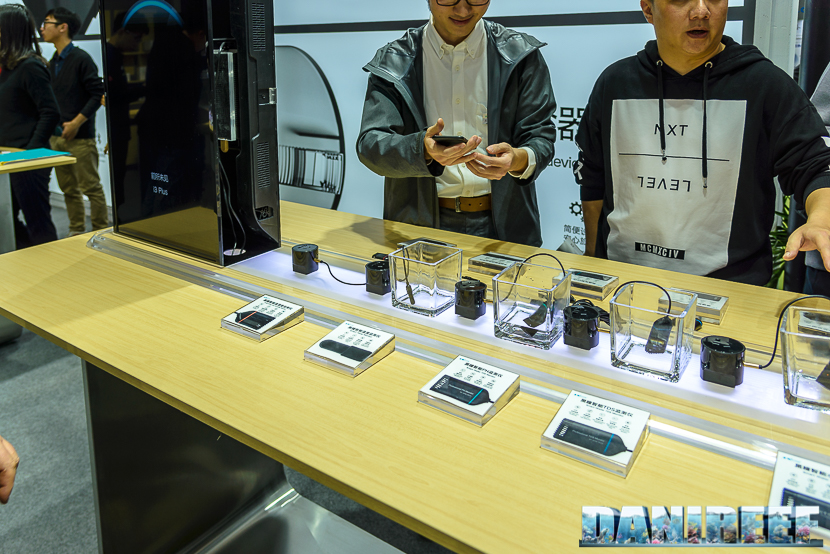 There are different sensors available to connect to the app system, from a level sensor to a sensor for the temperature in the aquarium, stating humidity and temperature of the environment. Additionally, there is a pH and a TDS sensor. The value can be read in real time thanks to the app, and if the value is out of the range, you can be warned by notification. Depending on the obtained result, you can command an action with the smart socket.

Jiyin also has a line of connected heaters. 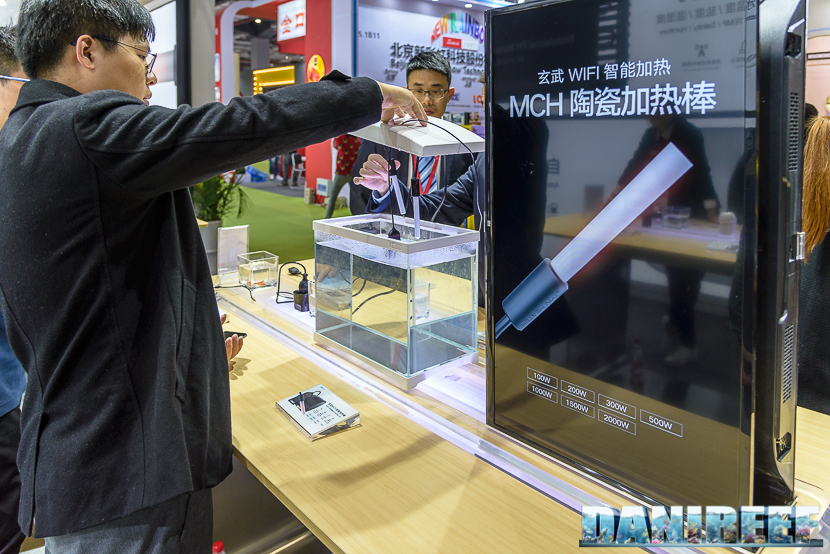 They come in 100, 200, 300, 500, 1000, 1500 and 2000 watt, so they cover any type of need. Each heater has its own temperature probe, and it can be monitored and used remotely, too. None of Jiyin‘s products need the smart socket to work; connecting to the system allows for more functions, but it’s not binding. Each device can work as a stand-alone piece.

If the heater doesn’t perceive the presence of water, it turns off independently, which is a great protective measure. 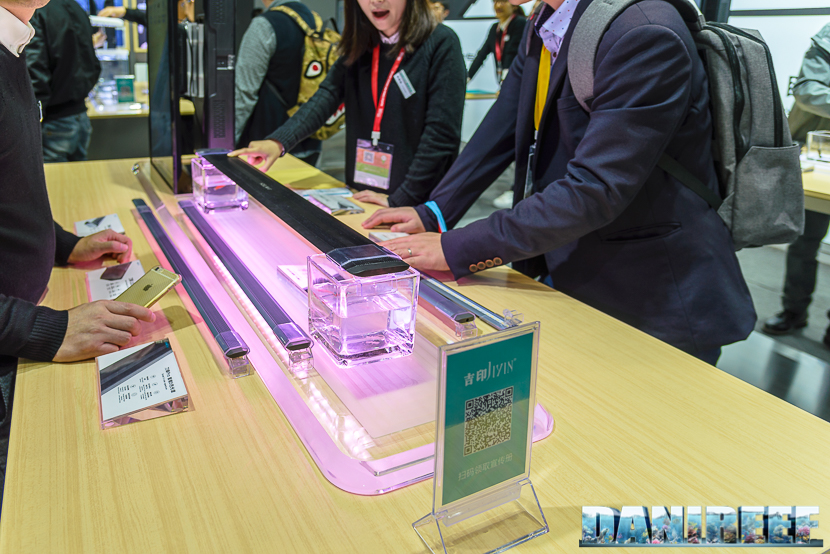 The ceiling lights are essentially LED bars which can be commanded by the same app. Unfortunately, we don’t have the specs for the LEDs.

In this case the air pump is a very “simple” air pump. It’s not connected with input or output. It just works, and according to Jiyin it’s extremely silent. Unfortunately, it wasn’t possible to be see for ourselves in a place as noisy as a fair. 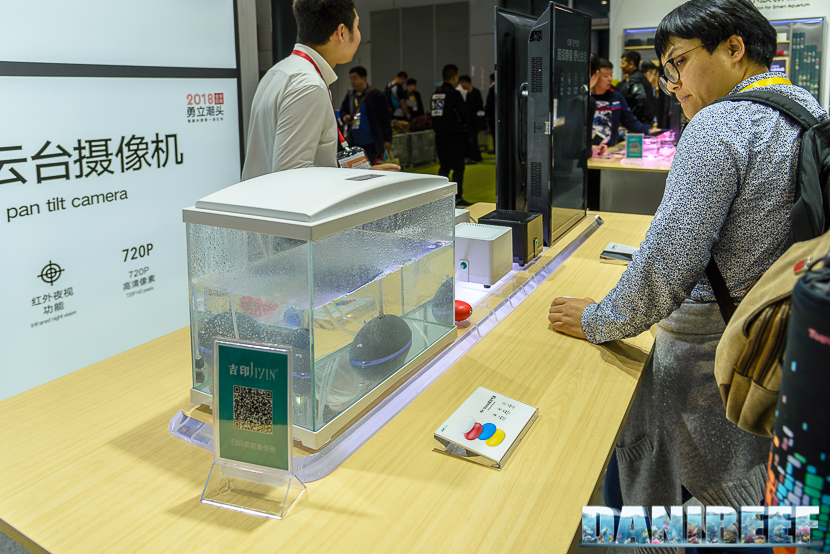 There two models: 10 and 16 watt, which come in different colors.

There are also feeders. They’re not connected,  but automatic. 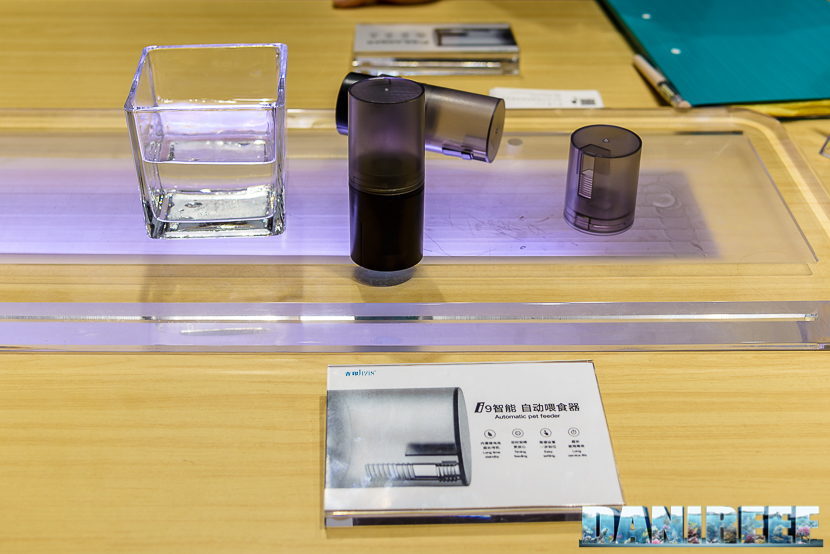 For other informations about Jiyin we invite you to see their official website. We’ve also provided the link to our editorial about CIPS 2017.