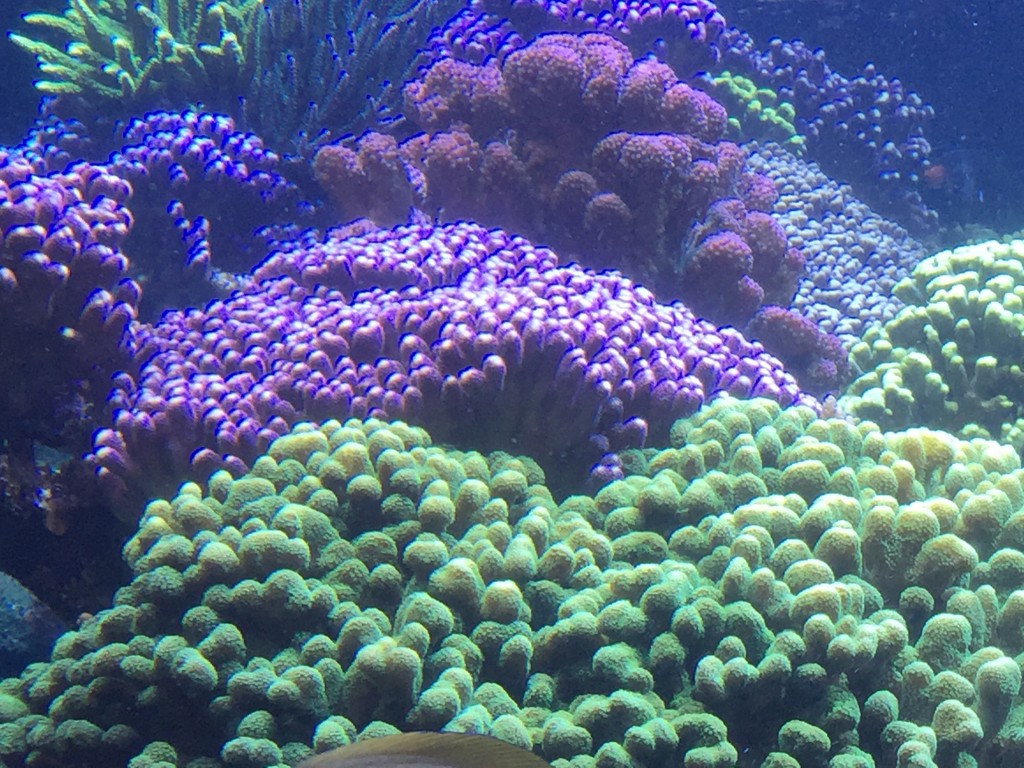 It’s easy to get lost for hours just staring into Joe Yaiullo’s massive aquarium. One new addition to the tank is a very large Purple Milka Stylophora Colony. It would be easy to think that the green and purple colonies have been growing there for the same length of time. But in actuality,  the green Stylo had been growing there for years, while the Milka has only been in place for barely more than a year. 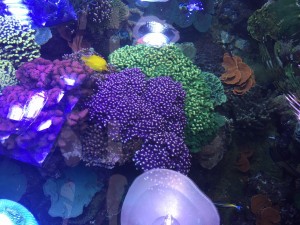 To achieve this feat, Joe planted two dozen one-inch frags over an open patch of substrate above the green stylo. As these genetically identical corals grew into contact with each other, they fused into one single colony, a technique is currently used for speeding up the growth of coral for sexual propagation and reef replanting.

Joe initially grew all the Milka Stylo in his tank from a single 1 inch frag. The colonies we’re talking about here represent  but a small fraction of the coral of this single clone lineage grown in his tank; large numbers have been brought to other public aquariums and have also made their way into the marine hobby.