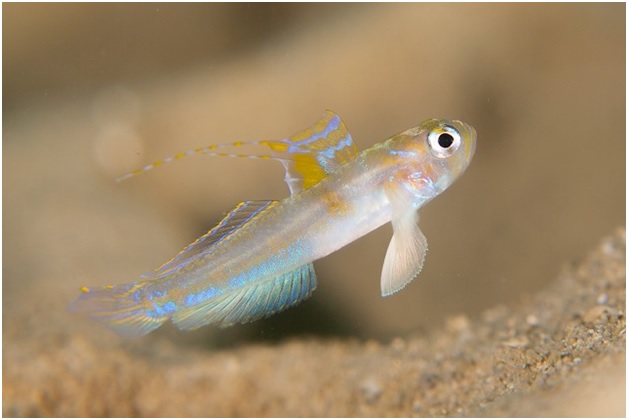 It’s not unusual to see a new species of goby described from Indo-Pacific waters—in fact, thirteen have been described since March of this year. We are living in a veritable golden age of gobiid taxonomy. What a great time to be alive! And one of the most astounding finds is only now coming to light.

I first discovered images of an unusual and colorful goby on a Japanese diving blog. The local divers have dubbed this species the “kojiro haze”, the Kojiro Goby. It is only documented in moderately deep waters (~30m) in a silty lagoon in Cebu, Philippines. The habitat is featureless, so this enterprising little goby lives within a burrow excavated into its muddy home. Whether the goby does the work itself or instead, reoccupies abandoned burrows is unknown. What is known is that there is no association with alpheid pistol shrimp, as commonly seen in shrimpgobies. Other taxa associated alongside the Kojiro Goby include bandfishes (Acanthocepola), shrimpgobies (Myersina & Vanderhorstia), and garden eels (Heterocongrinae). An aquarium full of these groups would surely make for a fascinating and original biotope. 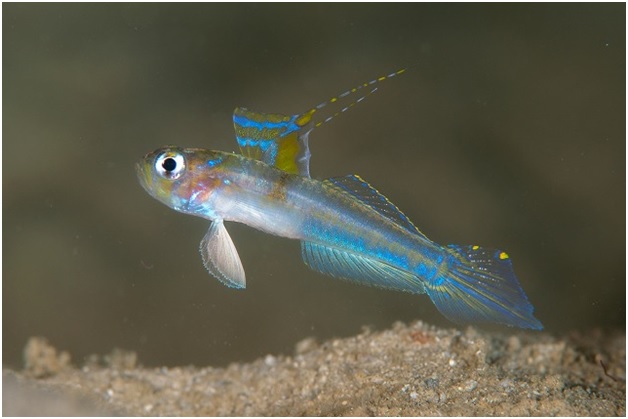 Another Kojiro Goby from the same dive site. Credit: brucelee

The dazzling colors of this fish made me believe that it would be easy enough to identify it in my library of reef identification guides, but, alas, there was no sight of its unique color pattern and fin shape. With my curiosity piqued, I enlisted the help of Dr. Gerry Allen, co-author of the most authoritative guide to reef fishes of the region and one of the preeminent taxonomists working with reef fishes today. Dr. Allen identified this as an undescribed species in an undescribed genus, currently being studied by a group of goby researchers led by Dr. Koichi Shibukawa. 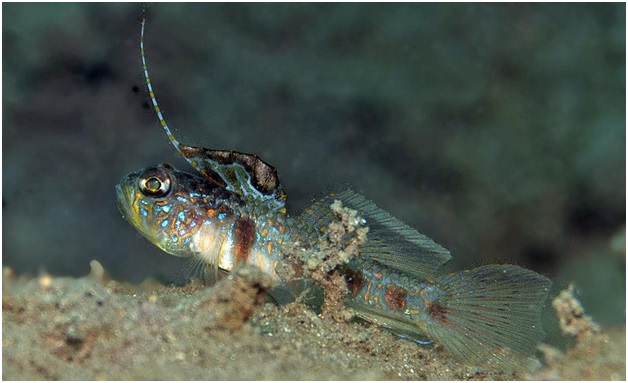 Dr. Shibukawa informed me that there are at least six new species being investigated, with the Kojiro Haze being a potential seventh. Unfortunately, there are no specimens collected yet for the scientists to study, so the association of this species within this undescribed genus is based solely on photographic evidence. Dr. Allen has suggested there may be as many as nine species and states, “It seems like every place where I find the suitable habitat I find another new species.” It’s remarkable that such a diverse group of fish could elude us for so long, and it goes to show just how little we known about the diversity of life in the ocean. 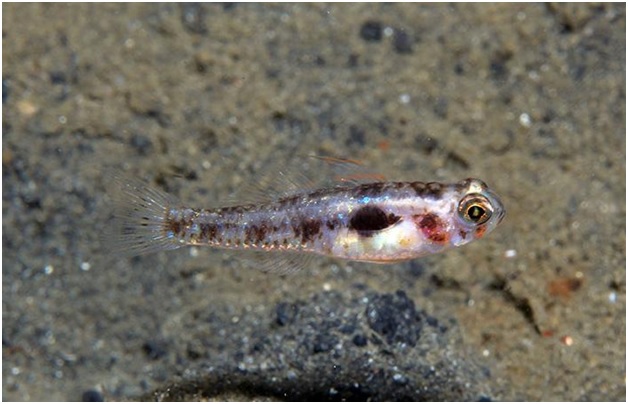 And another species from Sulawesi. Credit: Gerry Allen

So far, species in this genus are known from the Ryukyu Islands, Cebu, Luzon, Bali, Flores, Sulawesi, Papua New Guinea, Yap, and Chuuk. This last location is important, as it indicates the group is not biogeographically restricted to the West Pacific, and may be expected throughout the Central Pacific as well. The species seem to be highly localized, and there are likely many more yet to be discovered. 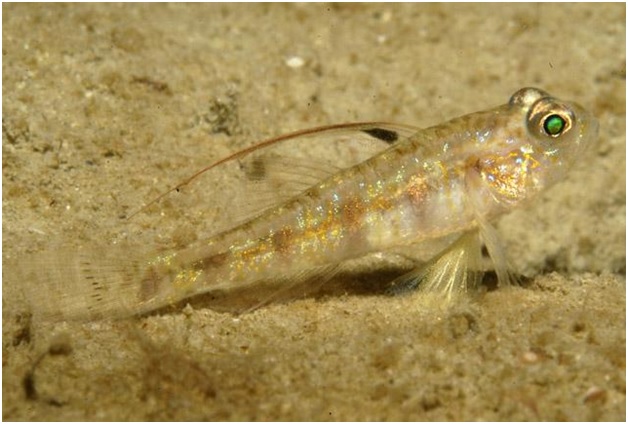 Yet another new species, from Yap. Credit: Gerry Allen

I’m not aware of the Kojiro Haze or any of its cousins having appeared in aquarium exports, and, given the limited collection from their preferred silty habitat, it isn’t likely to appear anytime soon. But the attractive little Kojiro Goby certainly deserves a spot in our nano tanks. Hopefully the message can be spread to the aquarium collectors of the Philippines to seek out this species and responsibly collect it. And, given some of the success that has been had breeding gobies, this would make for a perfect project for marine breeders. Perhaps some day soon, we will all be able to purchase affordable, captive-bred Kojiro Gobies from our local fish stores.

My sincere thanks to Dr. Gerry Allen and Dr. Kiochi Shibukawa for sharing their insights and photographs.