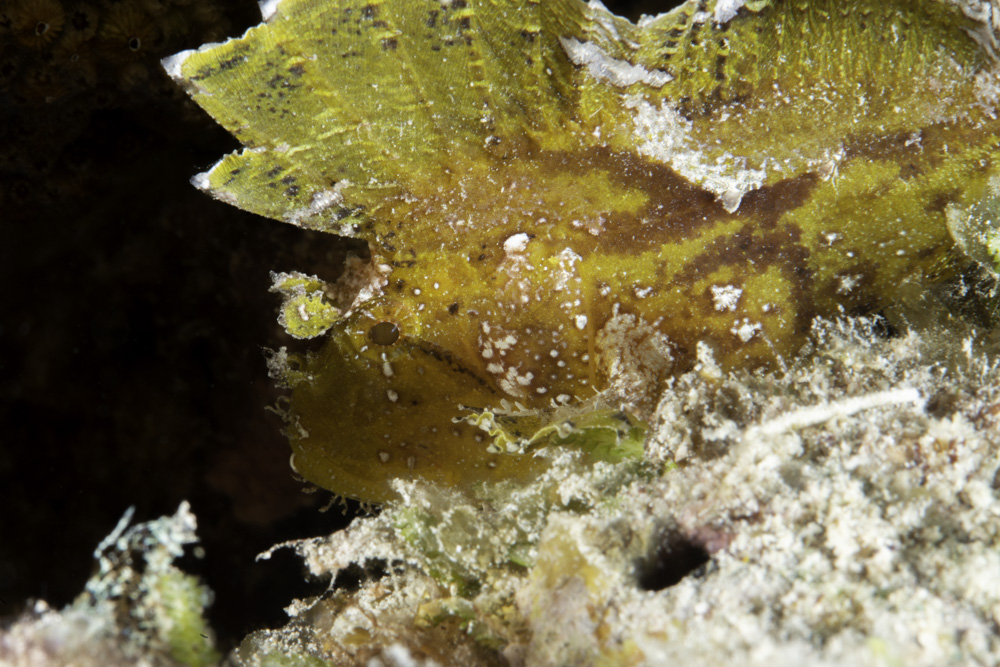 Leaf fish, or the Leaf scorpionfish (Taenianotus triacanthus) is a member of the Scorpaeniformes, being related to lionfish, scorpionfish and stonefish.  Like them it is a slow moving predator, largely relying on camouflage to avoid predation and to allow it to more easily catch prey.  Again, like many of its relatives it is an ambush predator which relies on blending in with the surroundings.  Small fish and crustaceans which venture too close are engulfed by the fishes’ large mouth. 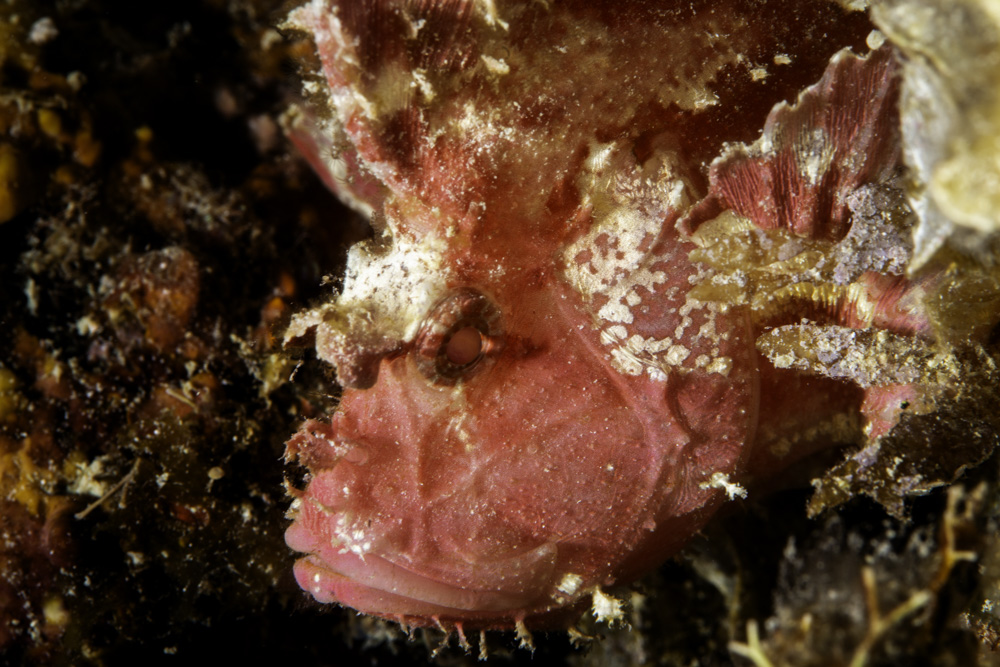 All of these images were taken in the Indian Ocean and show three individual fish.  The pink colored specimen was shot on a shallow reef dominated by algae, including a lot of coralline varieties.  The fish in the main image and the one below were both shot on shipwrecks.  As you can see the species shows a lot of variation, as well as a body outline, with fins and projections, which further helps to break up its outline.  I understand they also have venomous spines in the dorsal fin. 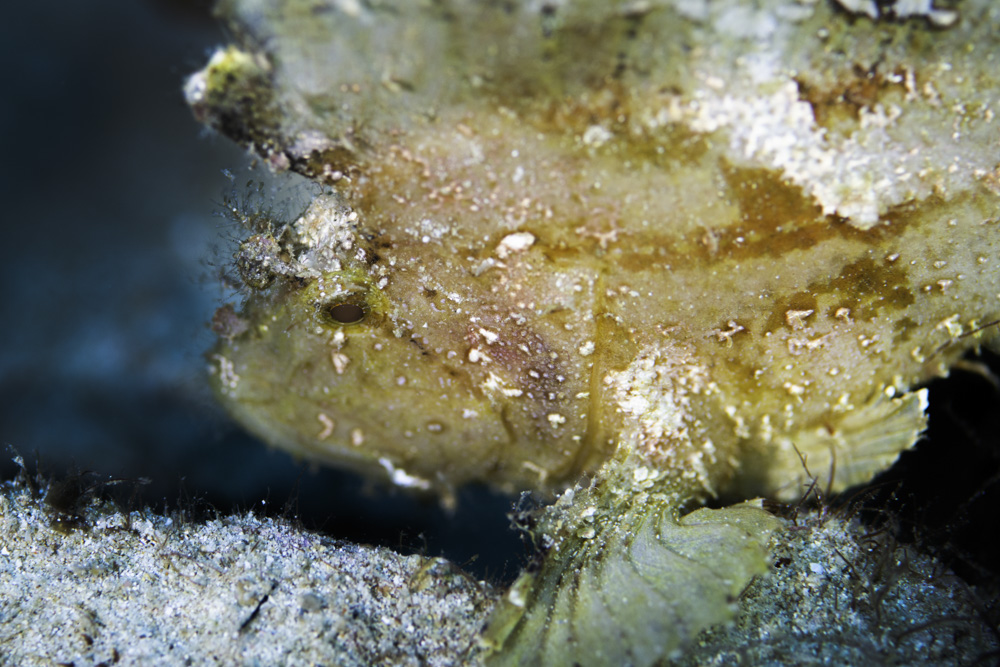 Divers and photographers often seek these quirky fish out; they seem to be one of those ‘star’ fish that, perhaps due to the difficulty in finding them, can add a sense of success to a dive.  Divers use an underwater signal of one hand laid flat, with the other hand resting on it at ninety degrees, repeatedly tipping the top hand one way, then another.  This mimics the leafishes’ habit of allowing any surge in the water to tip it one way and then the other, it really does look like a leaf, or a large piece of algae such as Pavona swaying in the current.

Like the rest of the underwater photography community I’m transfixed by them!