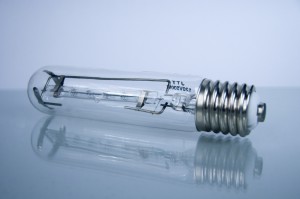 I recently saw a post in response to news of a new LED light on Reef Builders in which someone was complaining about the wattage of LEDs:

I thought the most attractive thing about using LED’s is less power consumption and longevity. 100 watt LED’s? You can get a 250 watt halide set-up for less than one of these “cannons”….

He went on to say:

Huge mistake on LED manufacturer’s end – allowing them to reach that high of wattage.

This got me a little perplexed as to what the miscommunication was here. It’s true that when LEDs came out they were very low wattage units usually under the 50 watt mark, and it’s also true that they are largely designed to emulate metal halide lighting. The problem here is that in the beginning they were struggling to emulate smaller metal halide lamps, 250 watts and under. They have advanced to the point that they are replacing 1000 watt halides!

The LED in question here was Ecoxotic’s 100 watt Cannon. It packs some highly focused optics and a huge heat sink to keep it cool. Some may mistake this for a high power drain and obviously high heat source, but that’s only if you imagine that it’s shooting at the 250 watt halide range. In reality this light is designed to shoot closer to the 400 watt halide range, so you are burning 25% of the energy and the heat is far less compared to such a massive halide. This is huge for public aquariums and large private tanks. 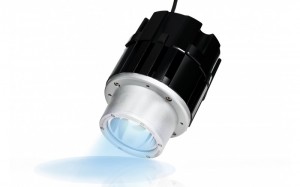 LEDs are growing in wattage and ability to emulate halides all the time, but this doesn’t in any way mean that they are getting less efficient. Take for example the Kessil A150 which is designed to replace a 150 watt halide. Early tests of this LED fixture have yielded amazing results and at only 32 watts of power, it is doing a much better job than a halide can. Also consider the Orphek DIF-100. It also burns 100 watts of energy, and like the similar Ecoxotic, shoots at the 400 watt halide range. This is clearly more efficient than halide lighting. 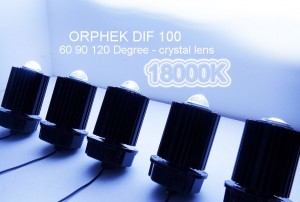 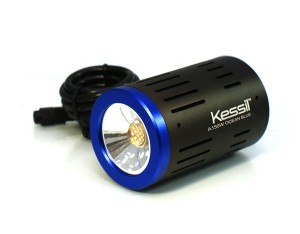 It seems that there is a growing miscommunication problem in the LED industry right now, because at times it can be hard to decipher exactly what an LED fixture is attempting to do. In my opinion, it needs to be rethought how these products are presented to the public in order to keep things as strait forward as possible. A good example of this principle at work can be taken from, little known, Nemos LED. All specs and goals for their lighting are outlined clearly on their website.