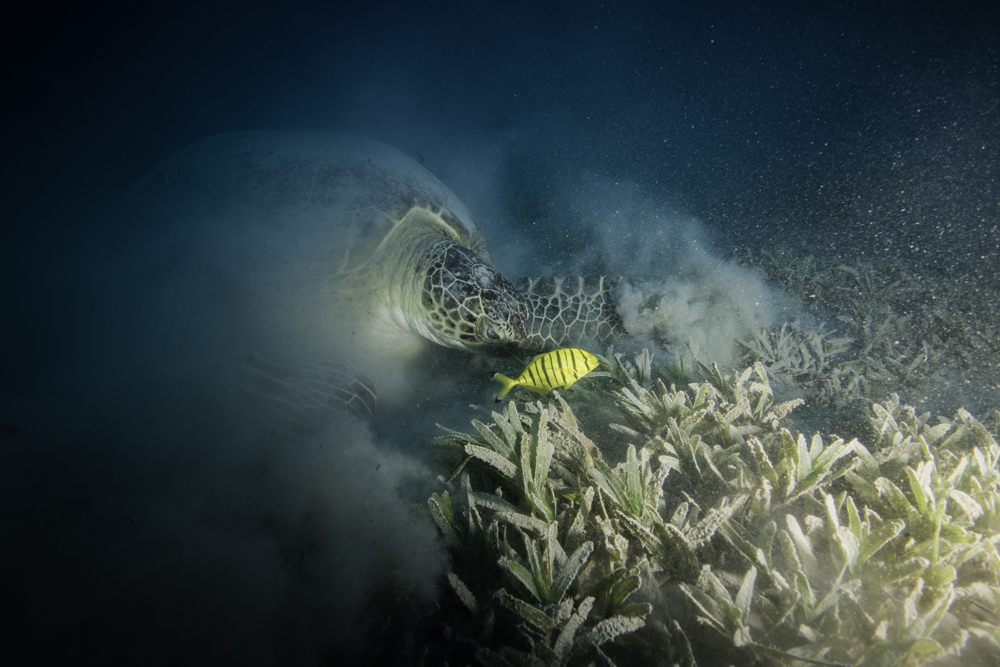 Seagrass has always fascinated me and on a recent dive I found some very interesting creatures you might like to see.

Adult Green Turtles are vegetarian, and if this female was anything to go by, they can eat a lot of vegetable matter.  I met this fine old lady at a dive site not far from Marsa Alam in the Red sea.  She made her home in a large silty bay with an excellent seagrass meadow of what I think is Cymodocea serrulata.  Her technique seemed to be, to swipe away the silt with her flippers and then to dive in with her beak and ‘chow down’.  It wasn’t elegant and she was doing her best to ruin the view.  These pics were taken in the day, but it looks like night time. 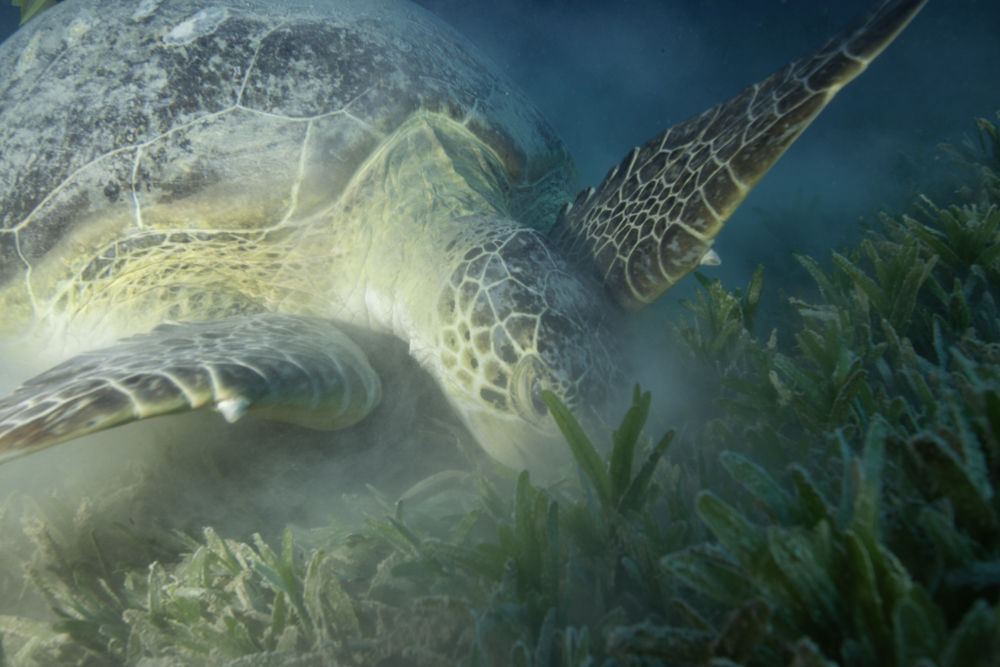 Sea grass is vital for these turtles, in fact they are so named due to the color of their flesh which is tinged green due to a lifetime of plant eating.

This turtle was joined by a juvenile Golden Trevally (Gnathodon speciosus) which was having a fine childhood hanging around the turtle and picking up morsels disturbed by the digging. Adult Golden Trevally reach over a meter in length. 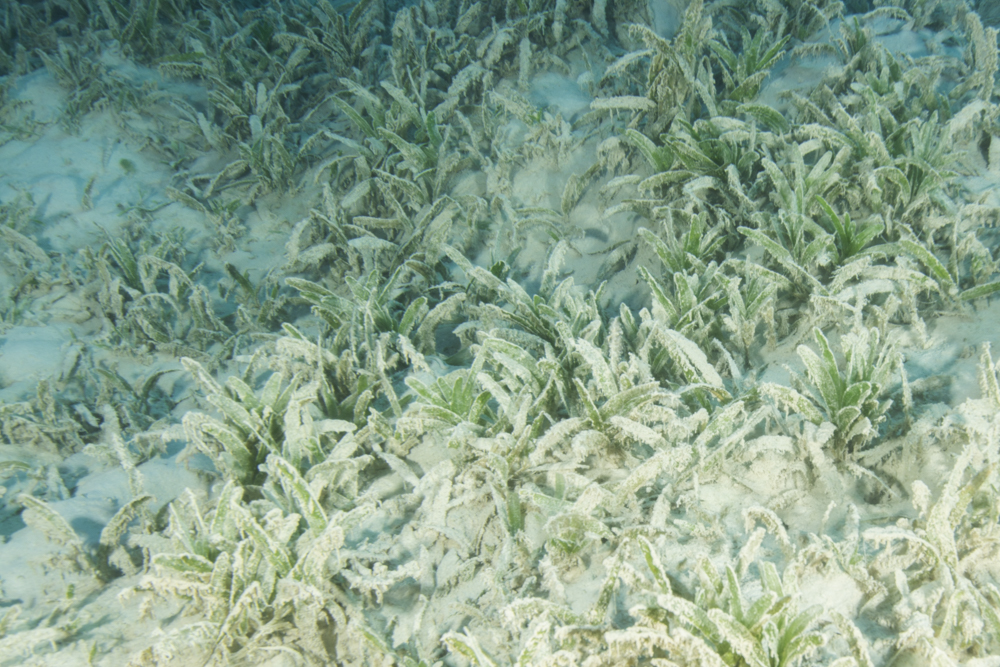 The turtle was disturbing the fish life of course, so I left and found some nice gobies to shoot. 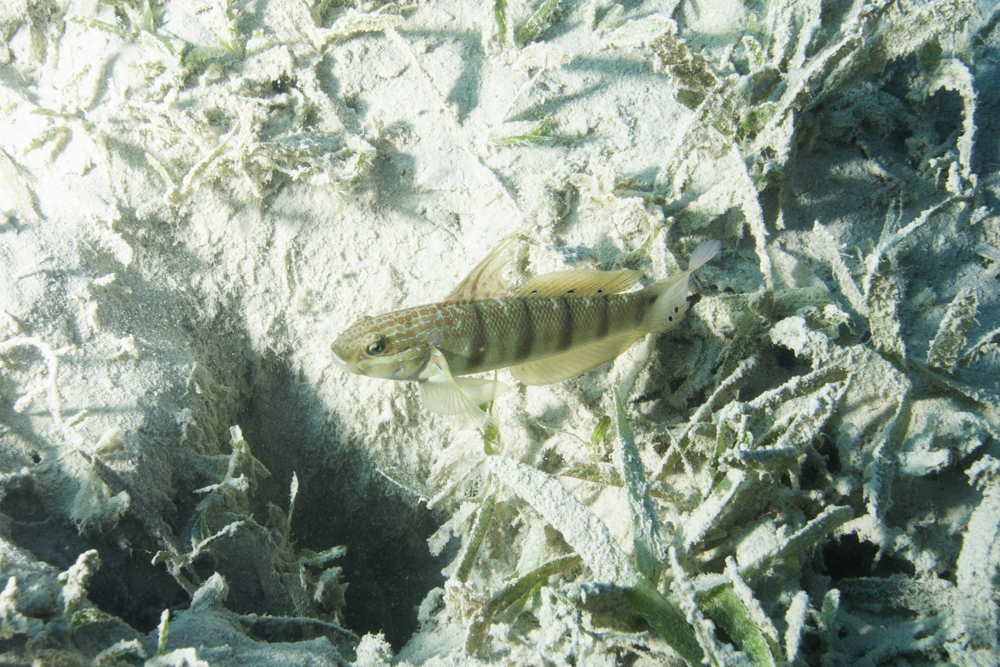 This fine fish is Amblygobius albimaculatus according to my guide book.  The spots on its tail give it the common name of Tailspot Goby.  It reaches just under 20 centimeters and feeds on the small crustaceans it sieves through its gills from silty substrates.  It is usually seen in pairs, which hover close to their burrow.  It is found in the Red Sea down to southern Africa. 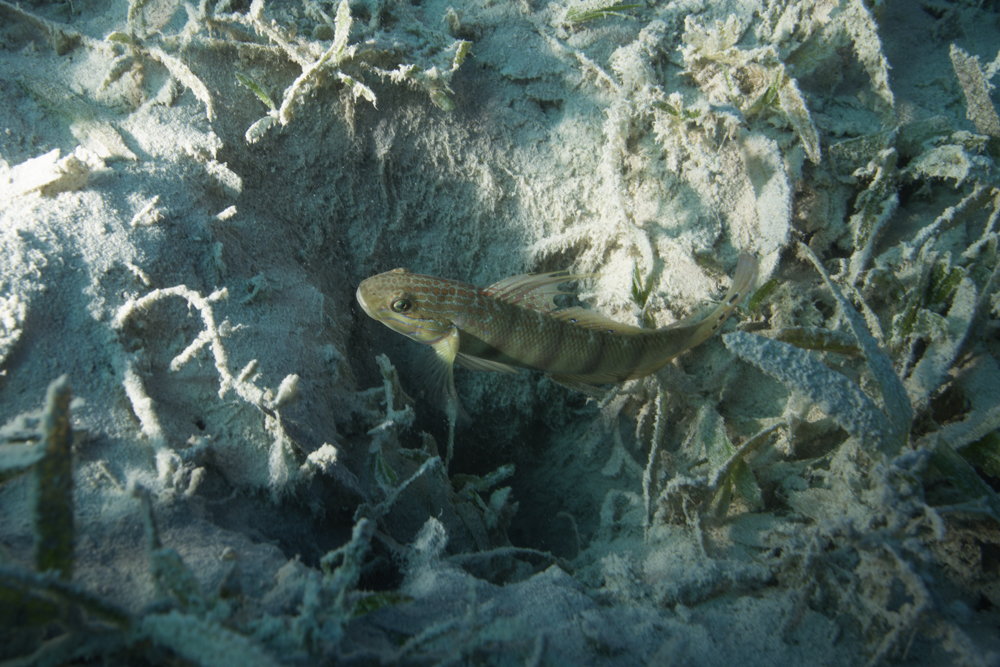