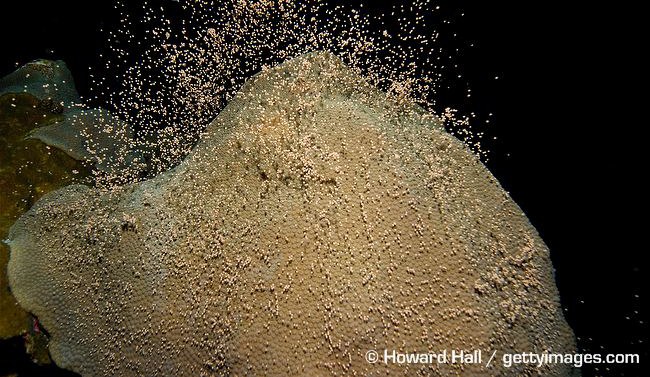 
Point your browser at http://teens4oceans.org/index.php/cayman-islands-reef-monitoring-webcam/ starting tonight for the next three nights for a chance to watch a large boulder star coral Orbicella annularis (formerly Montastraea annularis) spawn.

According to Erin Sams (on coral-l) and Kelly Mendelow of Wild Goose Imaging, the spawning can happen either the next three to four nights or sometime in September:

For more information on the event, head over to Wild Goose Imaging’s blog.  For those wanting a bit of a preview, here is a 2009 spawning event in the Caymans: