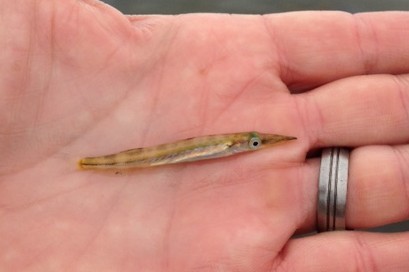 The northern sennet, a close relative of the great barracuda, is usually among the first warm-water species to appear on Long Island each year.

After a long cold winter and amid disturbing reports that the North Atlantic may be entering a cool phase, I am very happy to report that the first tropical species of the year have made their appearance in Long Island waters.Yesterday, I was joined by an elite team of fish collectors (Noel Heinsohn from the Long Island Aquarium and my former marine biology student, Courtney Lamond), for an early season scouting mission at Oak Beach, one of the most popular fish collecting sites on Long Island. Our primary goal was to collect seahorses for Noel’s seahorse tank at the aquarium and for DNA samples for researcher, Adeljean Ho, however a seining trip is always an opportunity to collect data and specimens you didn’t even know you needed. In this case, the most valuable thing that came out of the trip was the observation that the tropicals have arrived. The first tropical fishes of the year usually arrive on or soon after the summer solstice, so although it is not surprising, it is certainly comforting to see them a few days early. The day’s catch included northern sennets, numerous post-larval groupers, and a planehead filefish as well as a number of local species. Here’s the complete list: Atlantic silverside, mummichog, white mullet, northern pipefish, lined seahorse, fourspine stickleback, grubby sculpin, cunner, tautog, northern sennet, assorted unidentified groupers, American eel, winter flounder, windowpane flounder, and planehead filefish. 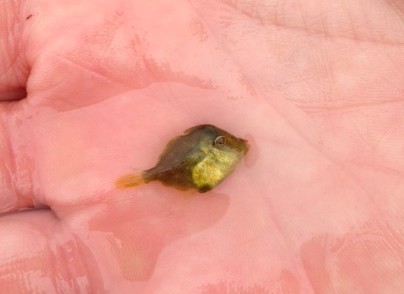 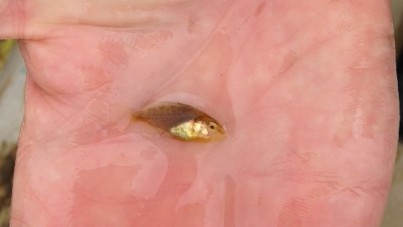