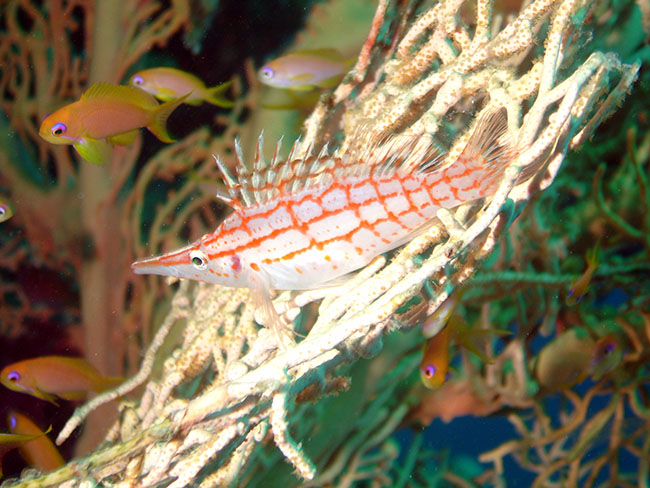 It might sound like a Just-so Story but the patterns found on Oxycirrhites typus are some of the best camouflage out there. You just need to know where it lives to understand why.

Like the rest of its Hawkfish kin the Longnose spends its days resting up, waiting for prey to pass by; it eats small crustaceans, fish larvae or even fully-grown small fish that ought to know better.  These are voracious predators that rely on camouflage and staying still for hours on end, to make a successful living, and of course to avoid being eaten themselves. 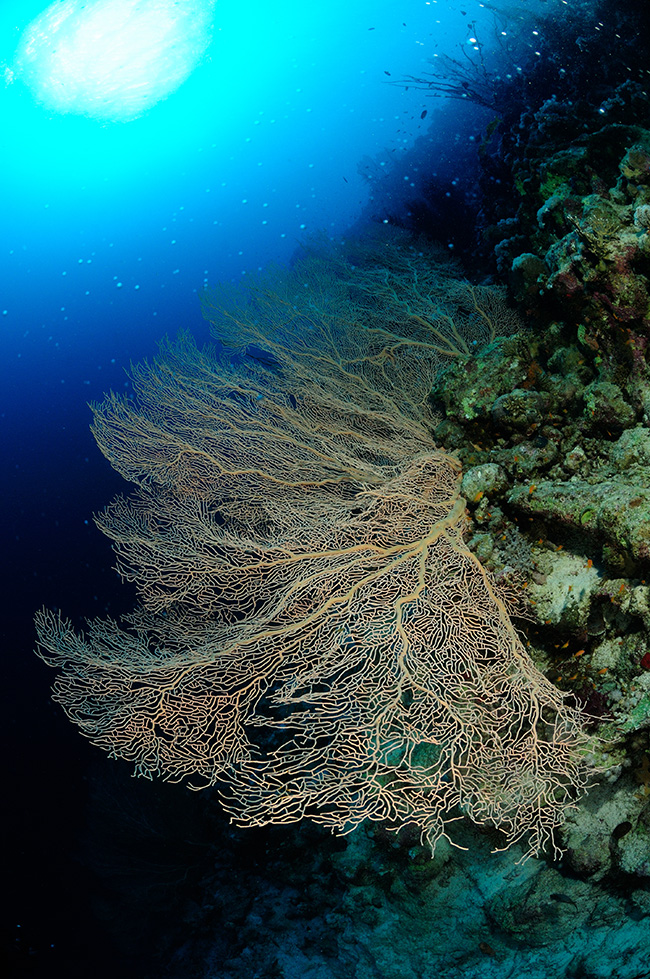 But how to explain the patterns of the Longnose?  Just look at it, whitish, with a grid-like network of red lines?  Just odd it would appear!  That is, until you see one in the wild and then you release, the Longnose is brilliantly adapted to blend-in. 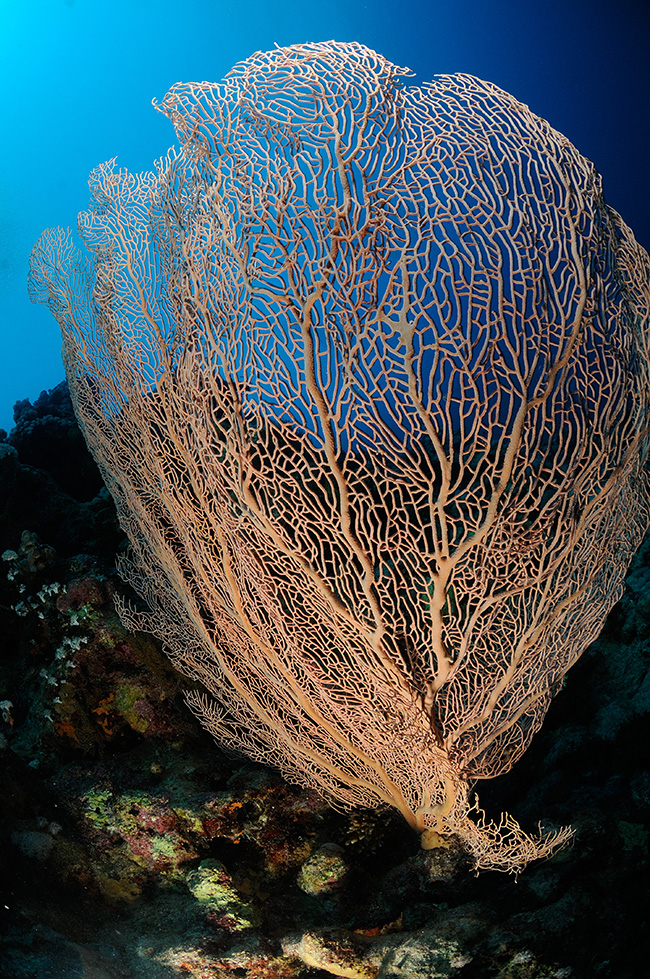 The Longnose is typically found at a depth between ten meters and one hundred meters.  It has a really wide geographical range, being found in the Indo-pacific Region and across to Panama. 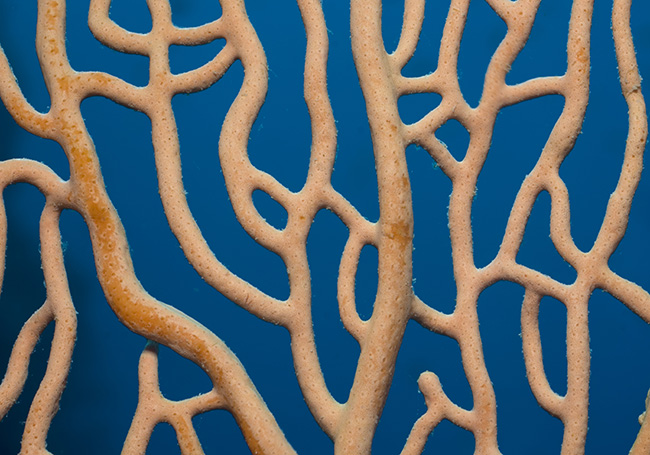 In the wild the fish is found occasionally in soft corals, but mainly it rests up on the surface of sea fans.  In the case of these pictures in Annella mollis.  Once you see the fish in its natural habitat you realize why its patterning makes sense.  You can see how grid-like the gorgonians’ structure is and how, in the dimmer light at these depths, the fish’s markings serve to break up its outline to make it a more efficient hunter and protect it from predations.