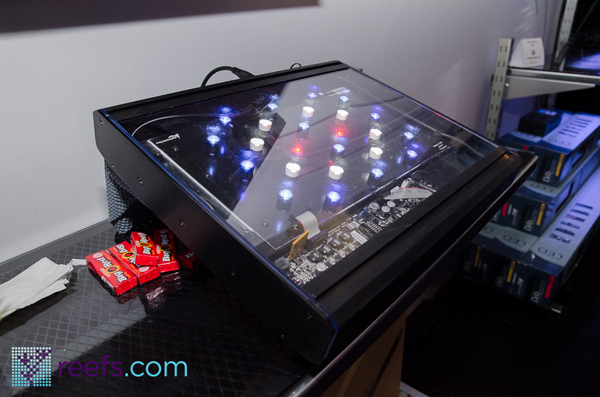 Aquaticlife secured their brand as an aquarium light solutions manufacturer when they introduced a line of affordable T5 fluorescent fixtures. It turned out their lights were not only priced right, but also reliable and equipped with interesting features. For the 2012-13 season, AquaticLife tries to duplicate this win scenario by entering the LED craze. Their product catalog expanded, featuring three different lines of LED panels, from a low power SMD diodes light to a full blown fixture using 3W LEDs. 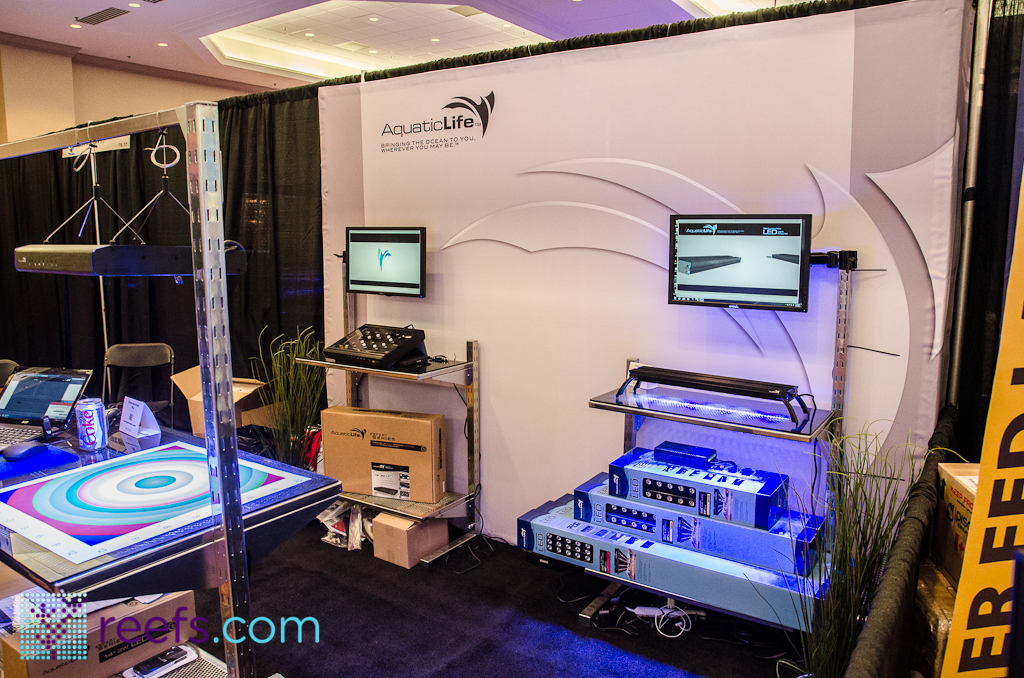 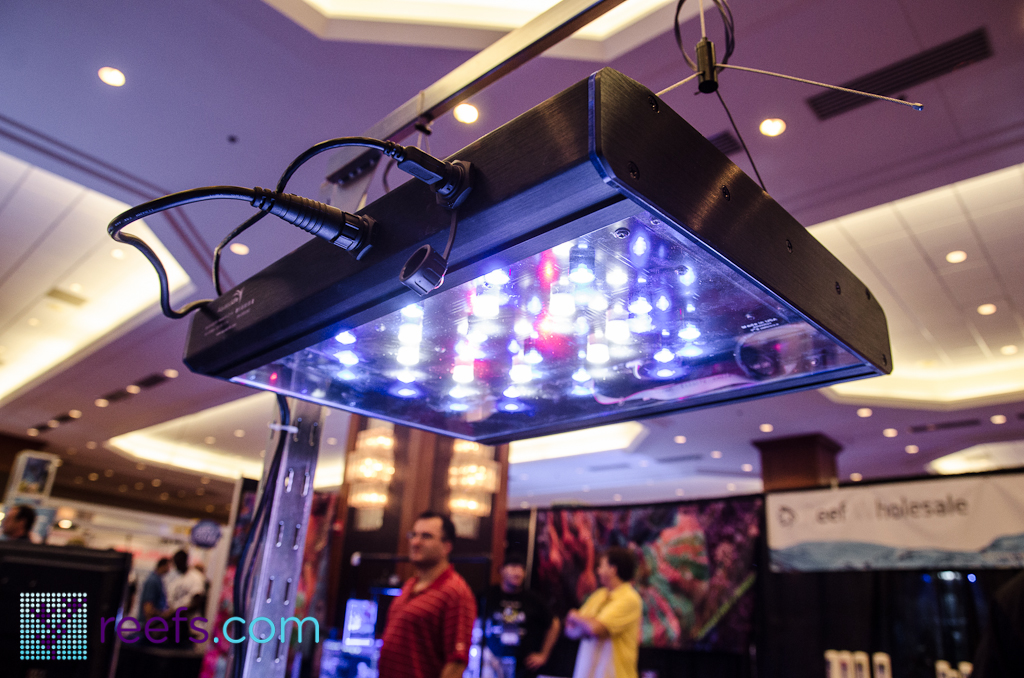 All light lenghts feature 3W diodes in four different colors (white,blue,royal blue and red), each controlled independently from the rest by an included remote or by connecting the light to a computer via USB cable and using free software. Cree LEDs are enclosed in interchangeable lenses with 80° and 100° spread available at this time. 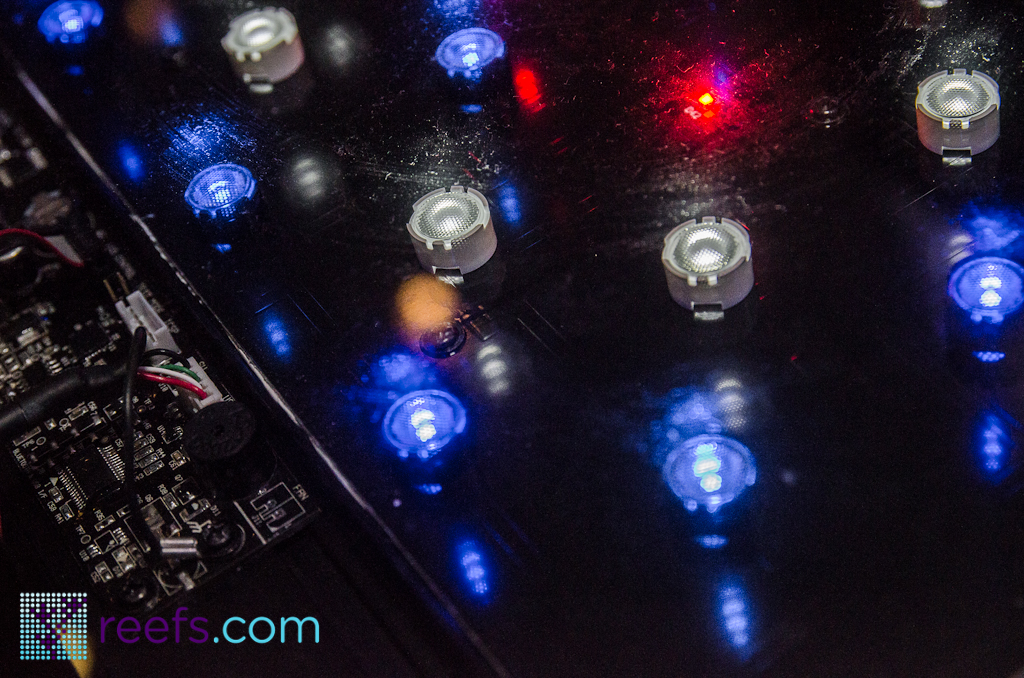 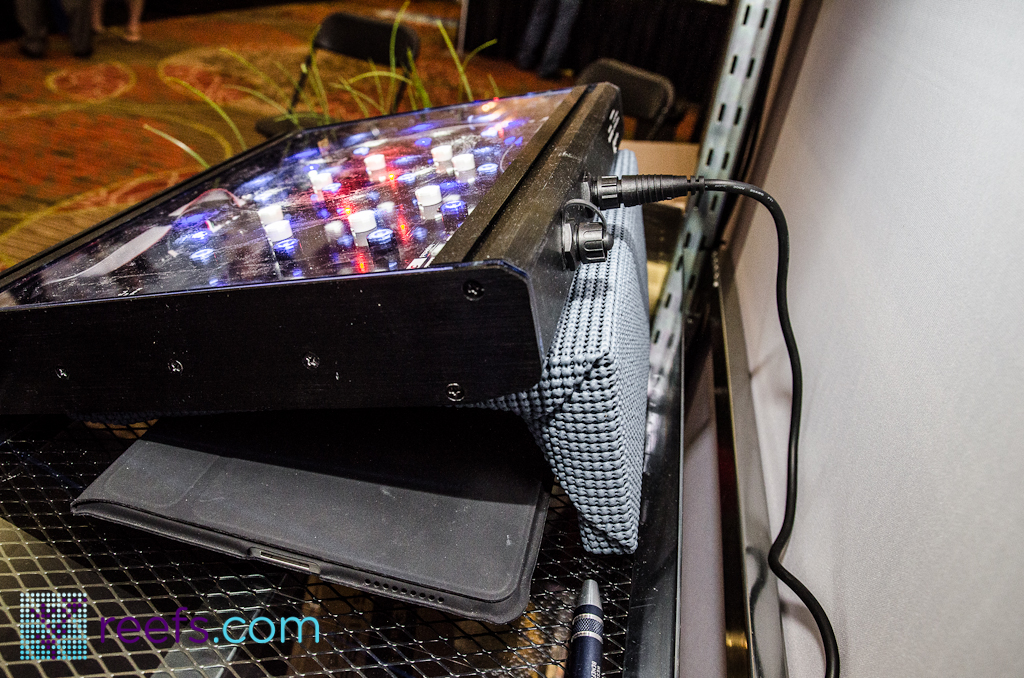 The light comes with suspension cables to hang it from the ceiling, while an adjustable fixture hangers are available as an option. 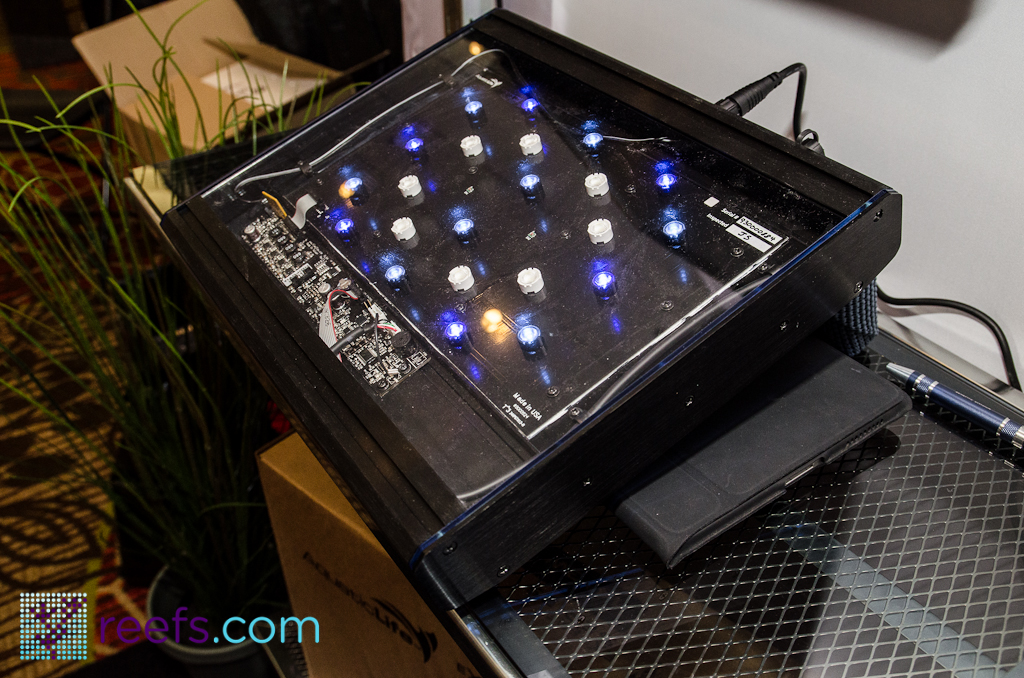 Next in line are linkable (you can screw two or more units together using the included hardware) fixtures using 1W LEDs. The sleek looking light comes in 6 configurations and three lengths (with suggested retail price): 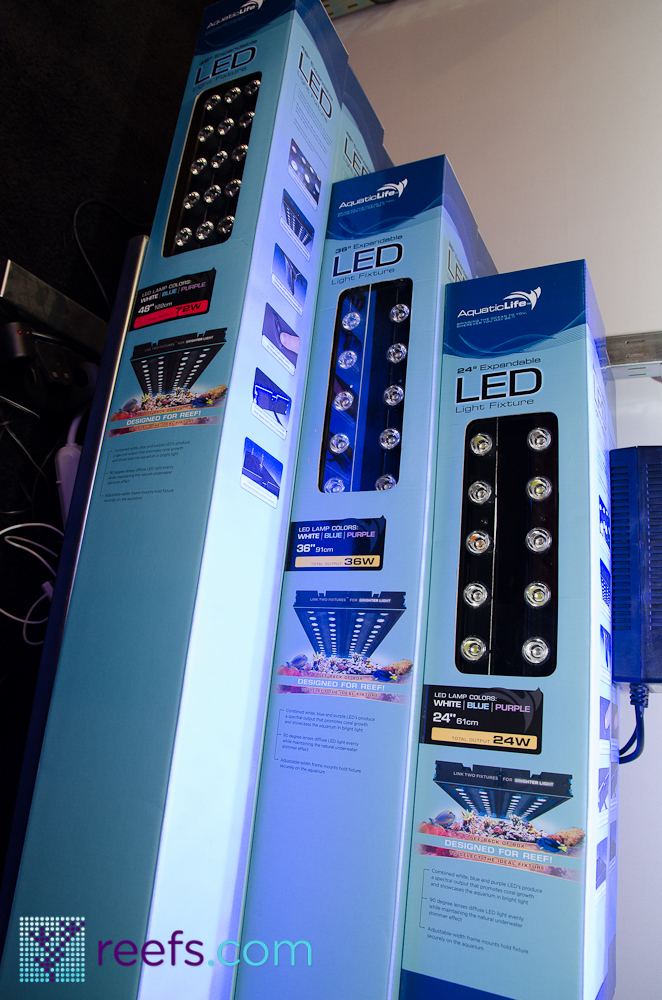 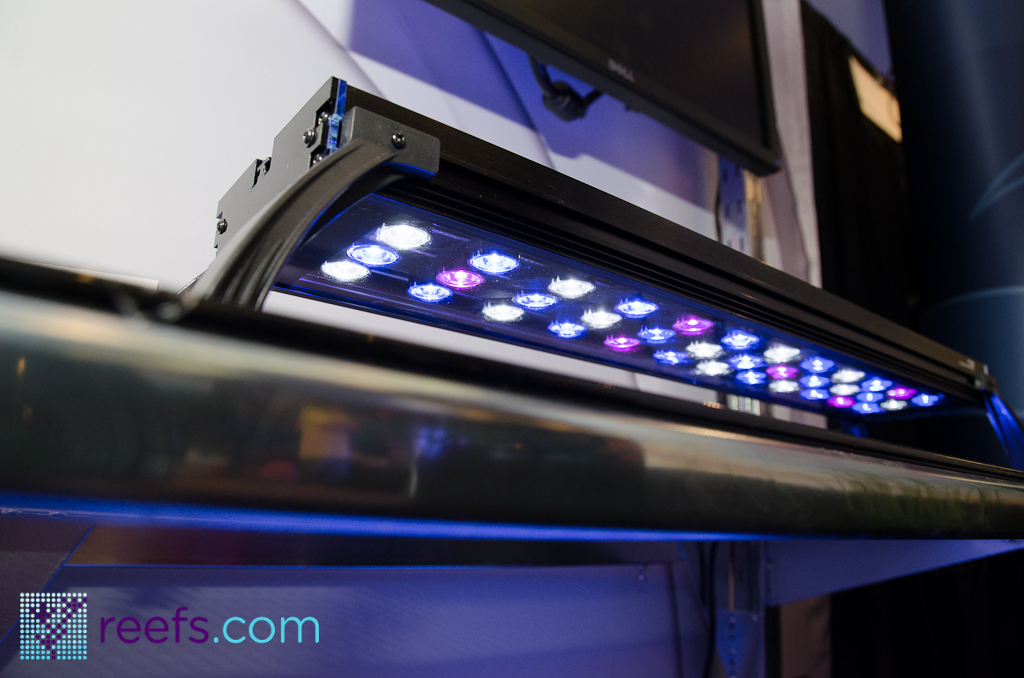 Each light has a mix of white,blue and purple diodes with 90° optics and is sold with an adjustable frame mounts, suspension hardware is an option. 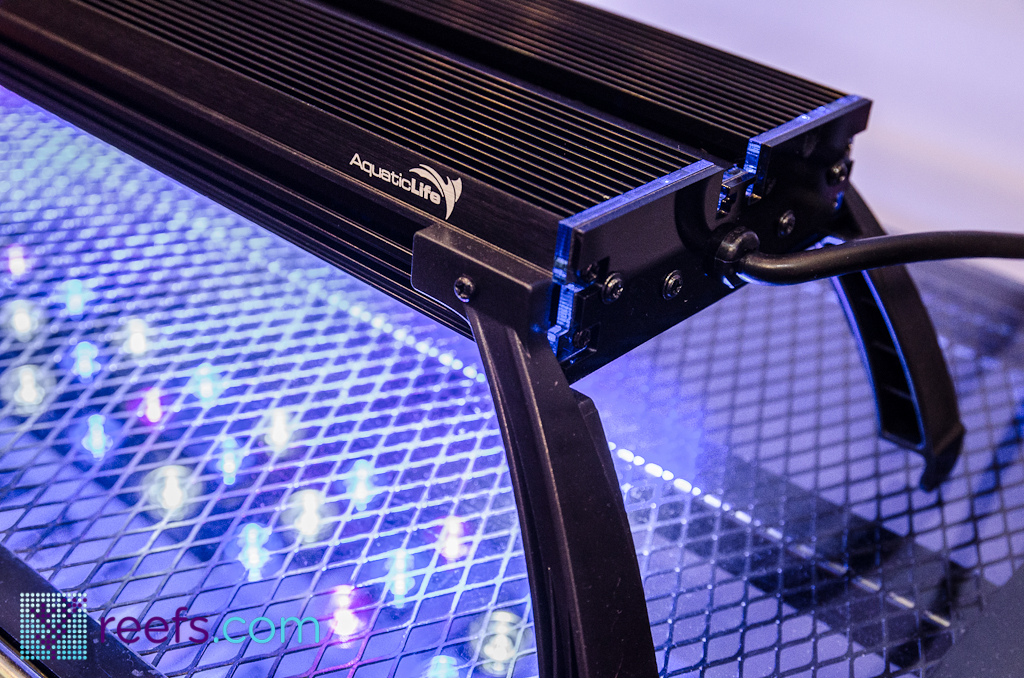 Finally, for soft corals lovers and for fish-only tanks, Aquaticlife offers the half-watt LED lights that can be linked together just like the 1 W fixtures. Three sizes in two color are available:

Each length comes in two color variants, a 460nm lunar strip and as a mix of 10K/460nm light. Additionally, you can also buy a freshwater version of this fixture that has a different color ratio. Each strip light has an aluminum reflector to aim all the light towards the aquarium below. Price-wise, expect to pay between $80-$120 for one fixture, depending on length.

You can read more about AquaticLife LED lights by visiting their site:http://aquaticlife.com/