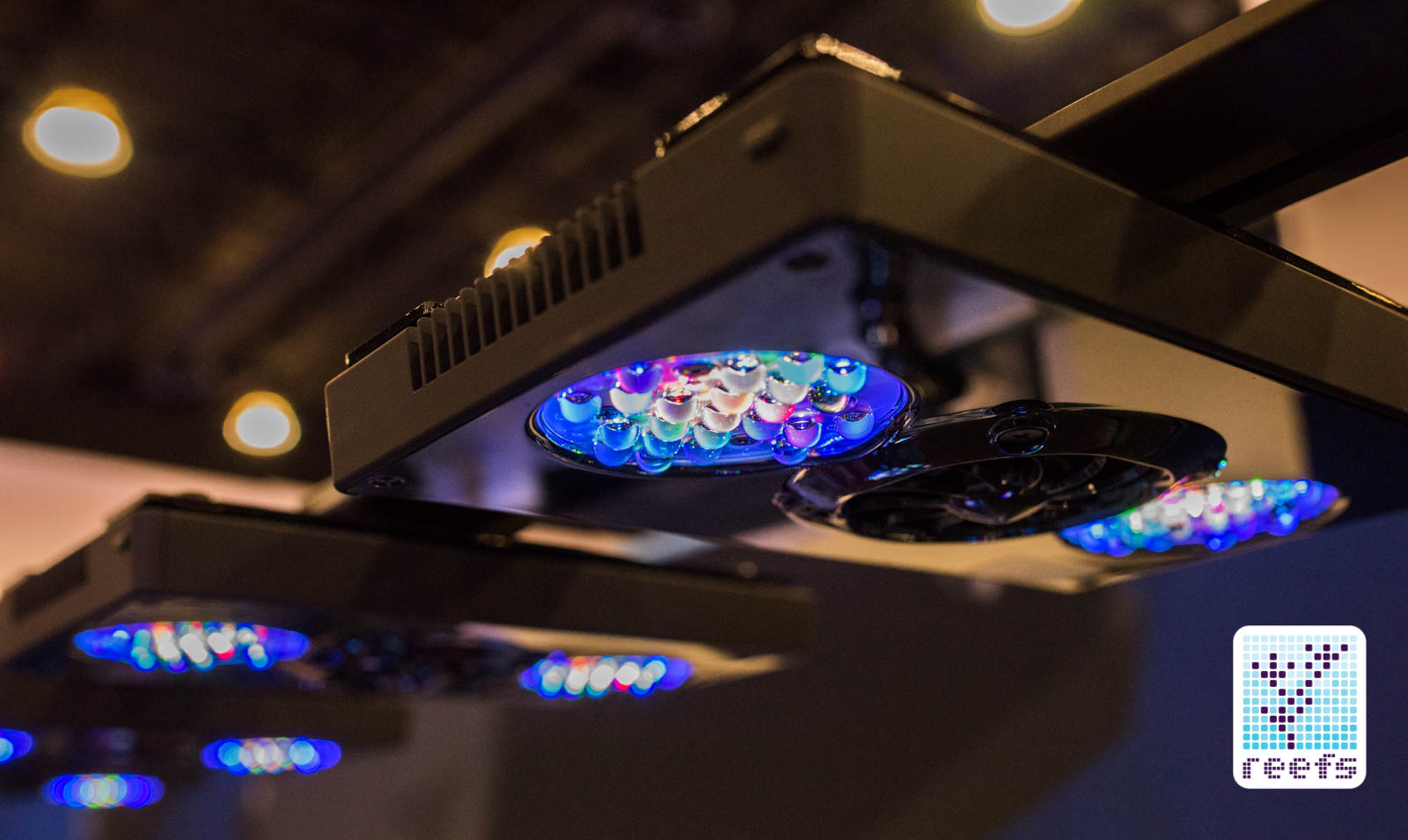 People get pretty excited when a company like Ecotech Marine is present at conferences, and MACNA 2016 was no exception. This year in San Diego, the manufacturer’s booth was dominated by a single product: the recently announced 3rd iteration of their flagship aquarium LED light- the radion G4. While Ecotech presented several other well-known products, such as Vortech propeller pump line and the Vectra return pump, the new radion stole the spotlight with its elegant, minimalistic approach and the highly sophisticated electronics hiding inside its shiny black case. 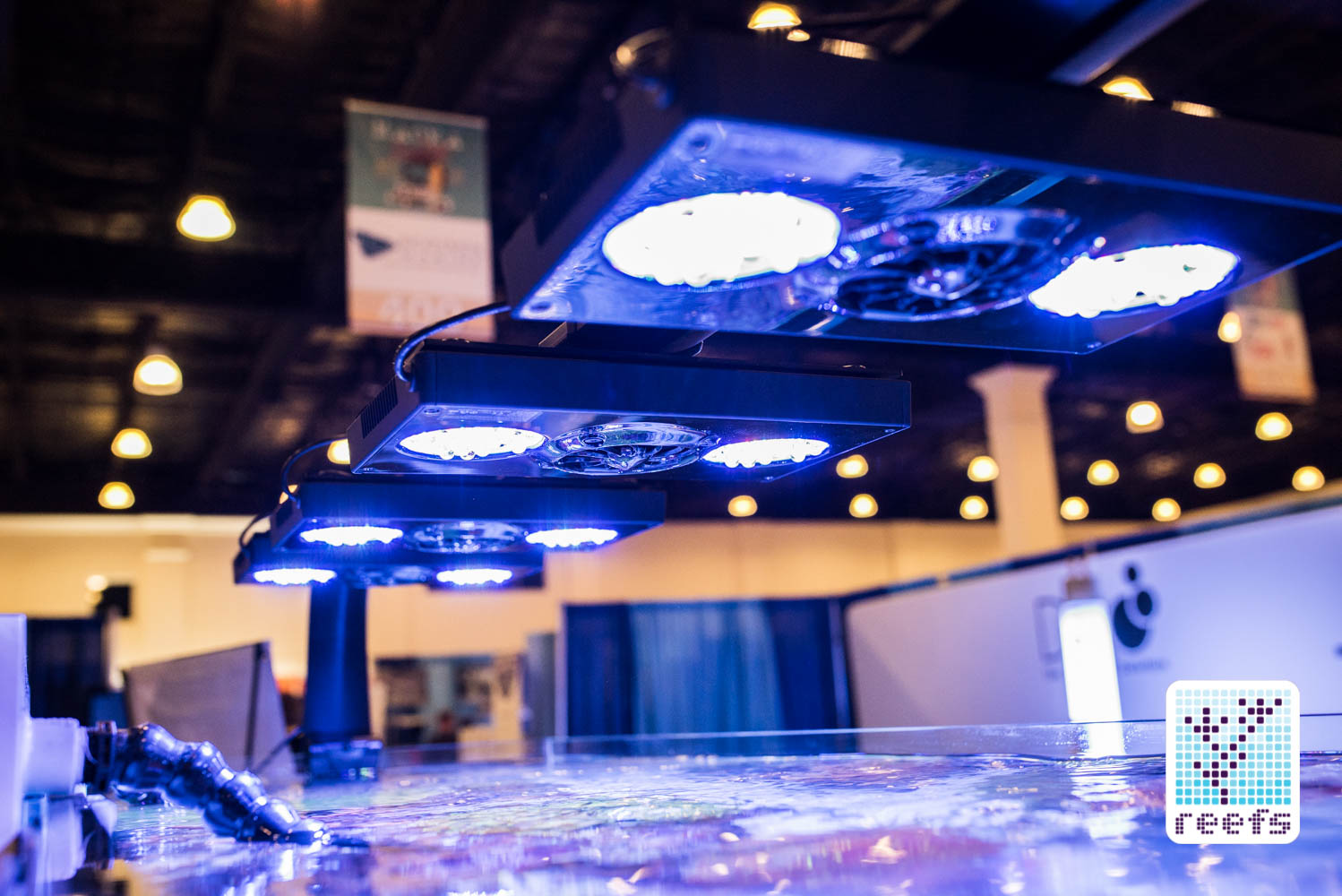 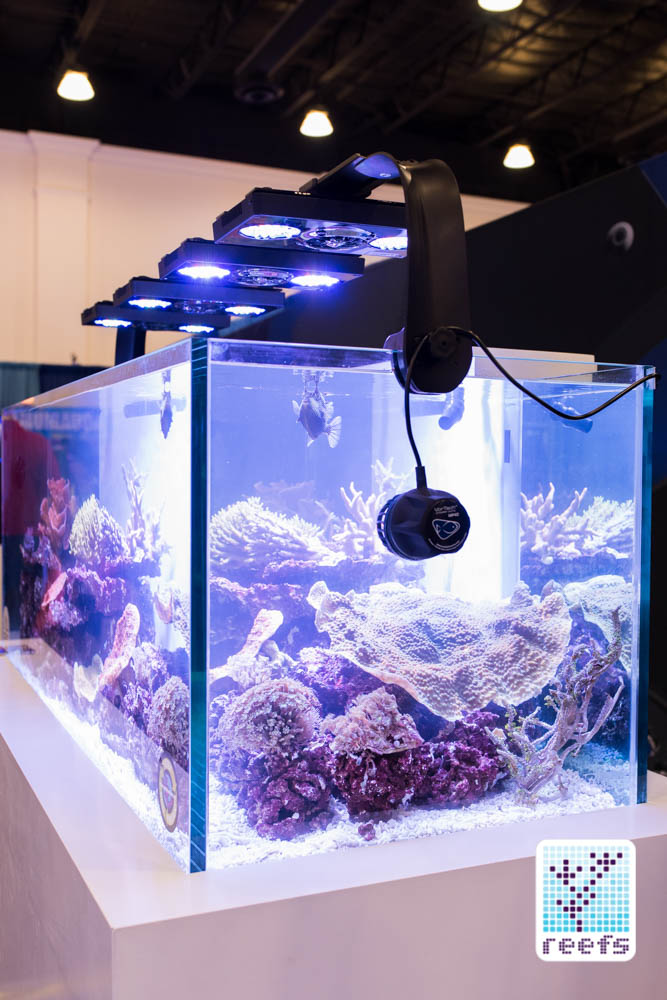 One of Ecotech display reef tanks. 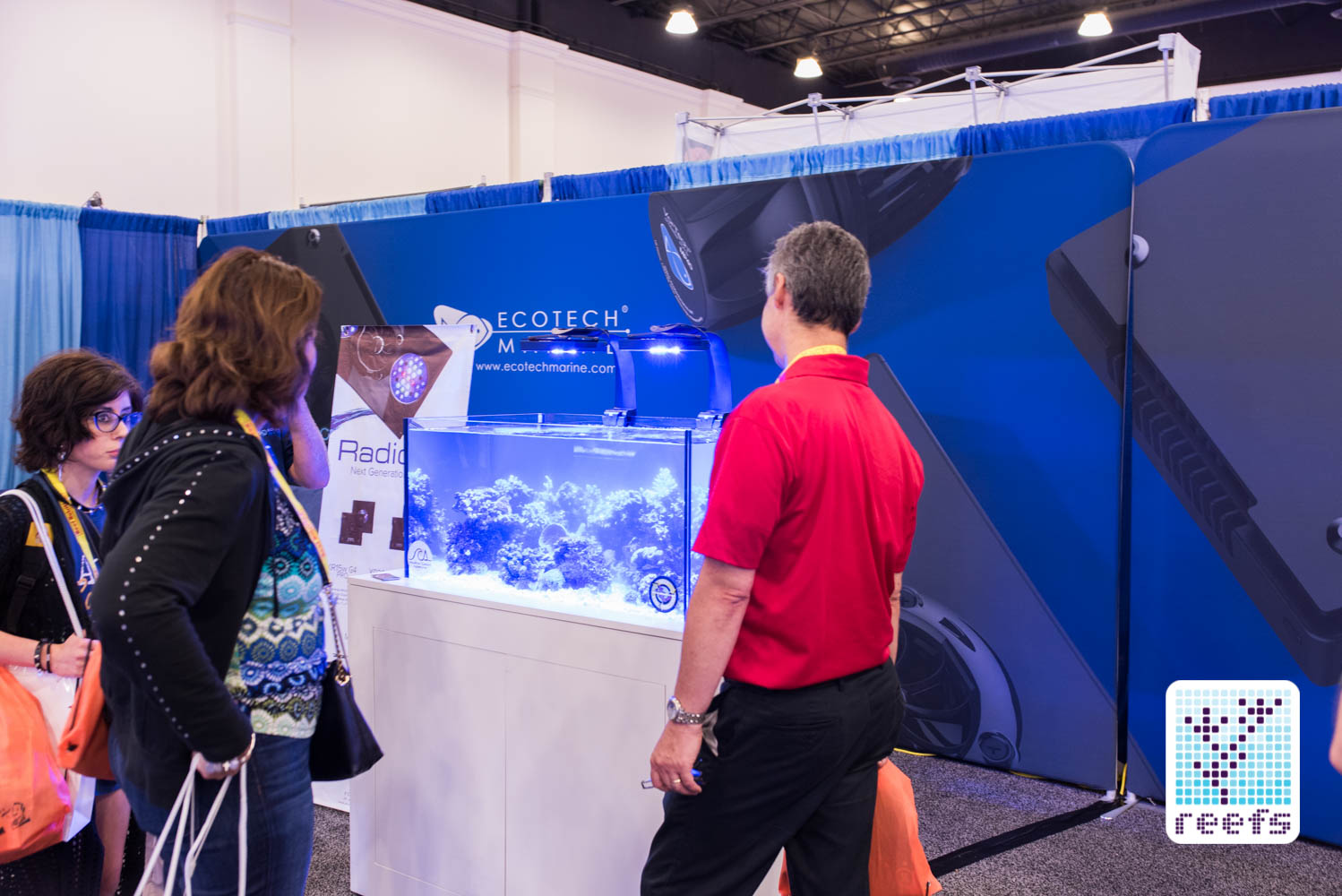 We had a chance to talk to Ecotech’s president and co-founder , Mr. Tim Marks, who explained the technology and development process that shaped the new radion light, the reasoning behind the lack of backwards compatibility of G4 (which is a first in radion line), and the general direction Ecotech is heading. Check Randy’s interview below: 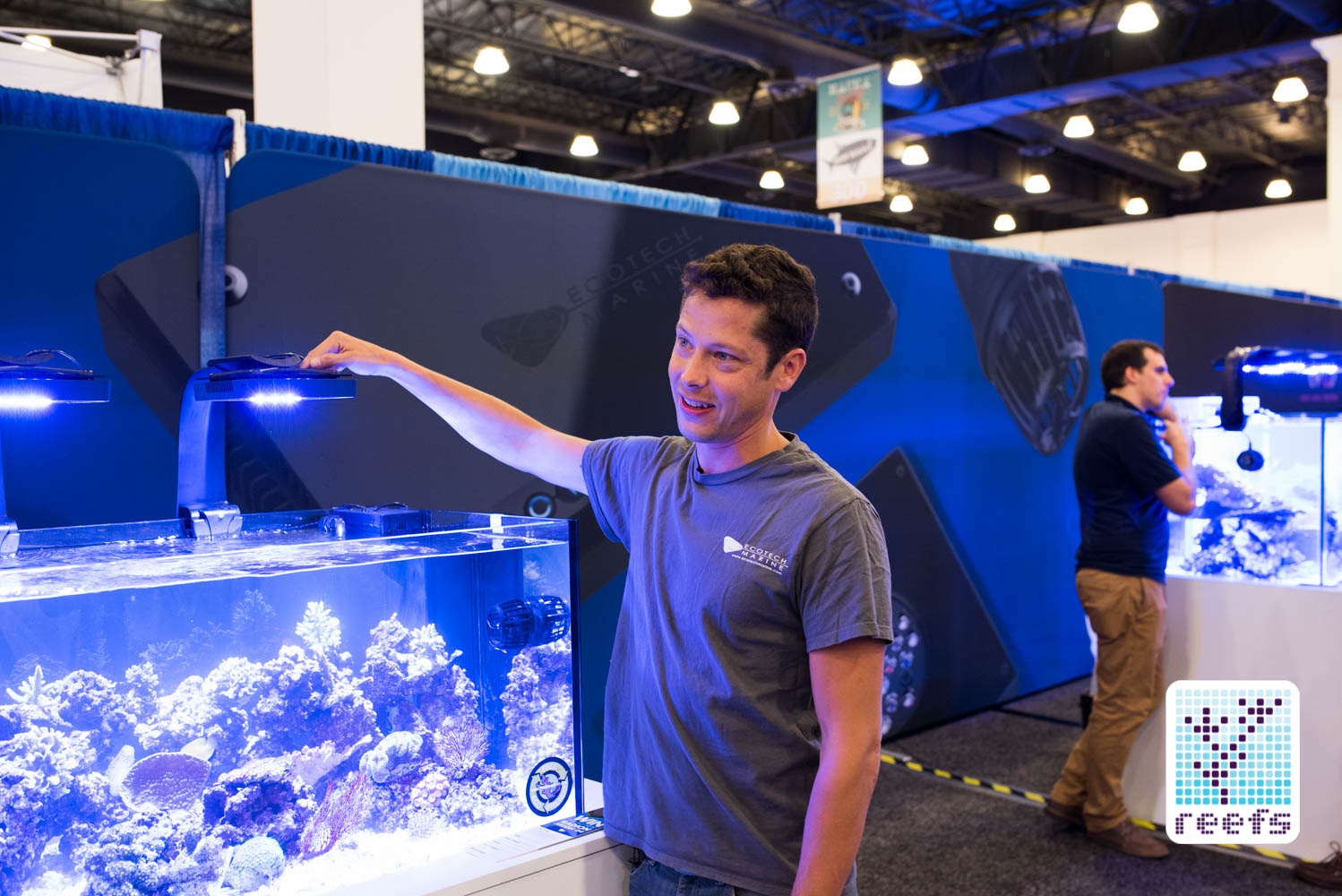 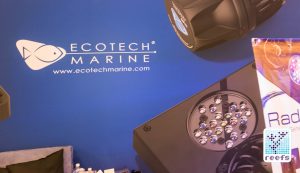 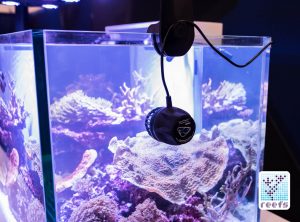 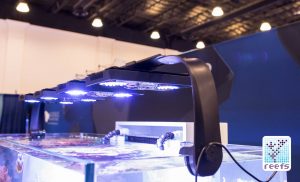 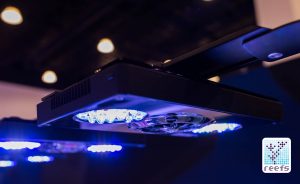 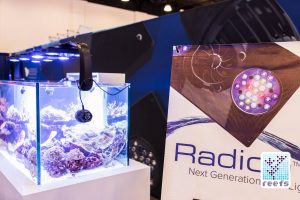 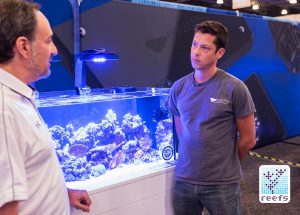 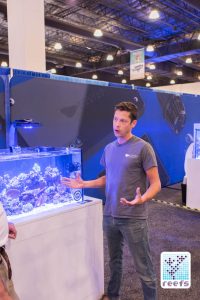 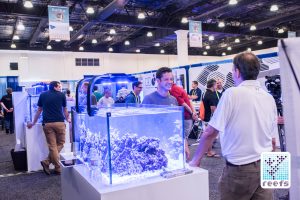 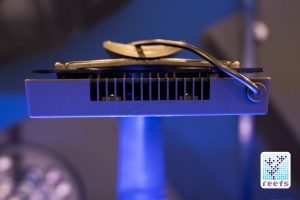 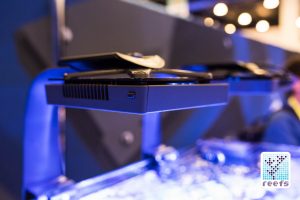 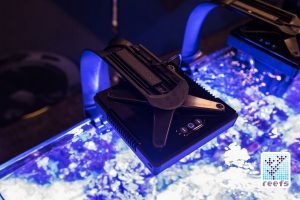 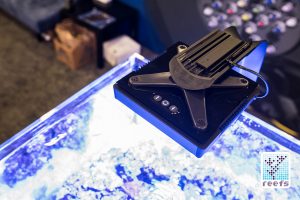 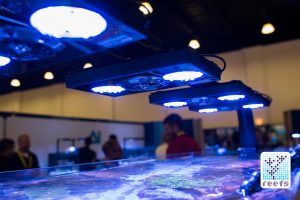 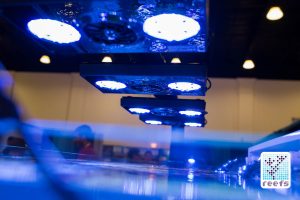 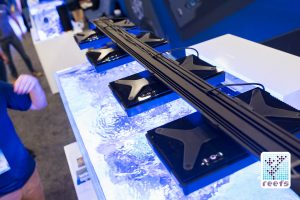 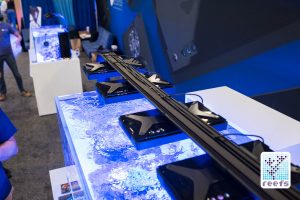 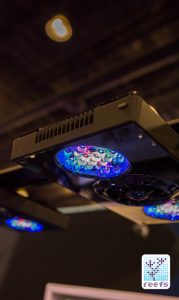