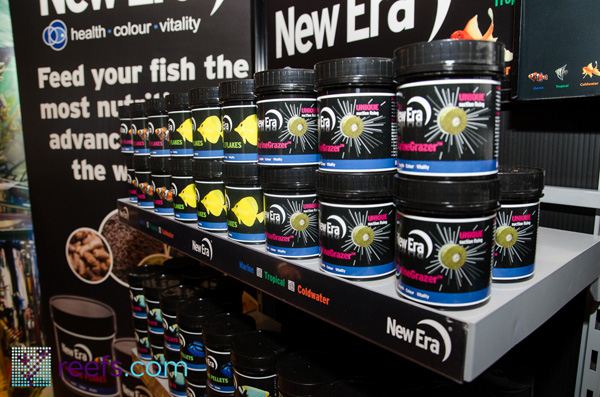 New Era is an UK based aquatic company that specializes in fish food diets for the marine and freshwater aquarium. They recently partnered with Living Color, a custom tank manufacturer and the guys behind National Geographic reality show “Fish Tank Kings”, to promote and distribute their products on the North American soil. The company’s main focus points are fish dietary needs and it has quite a range of foods available for both the freshwater as well as saltwater side of hobby. 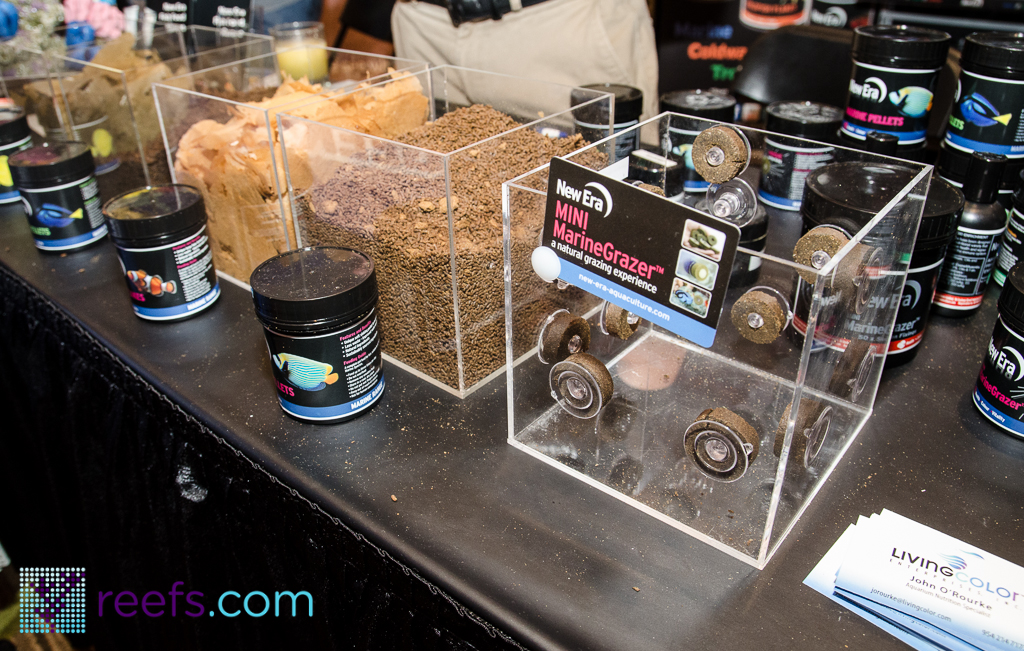 New Era offers several dry food choices, ranging from marine flakes, pellets to algae wafers. Both pellets and flakes come in three varieties: a protein rich food formulated for most omnivorous and carnivorous fish, an algae blend suitable for herbivorous animals and Aegis line offering a balanced diet for all fish. New Era recommends a 6 week feeding cycle, with Marine and algae variety for four weeks and then switching to Aegis foods for two weeks. The introduction of Aegis food into the diet helps support fish immune system, according to New Era. 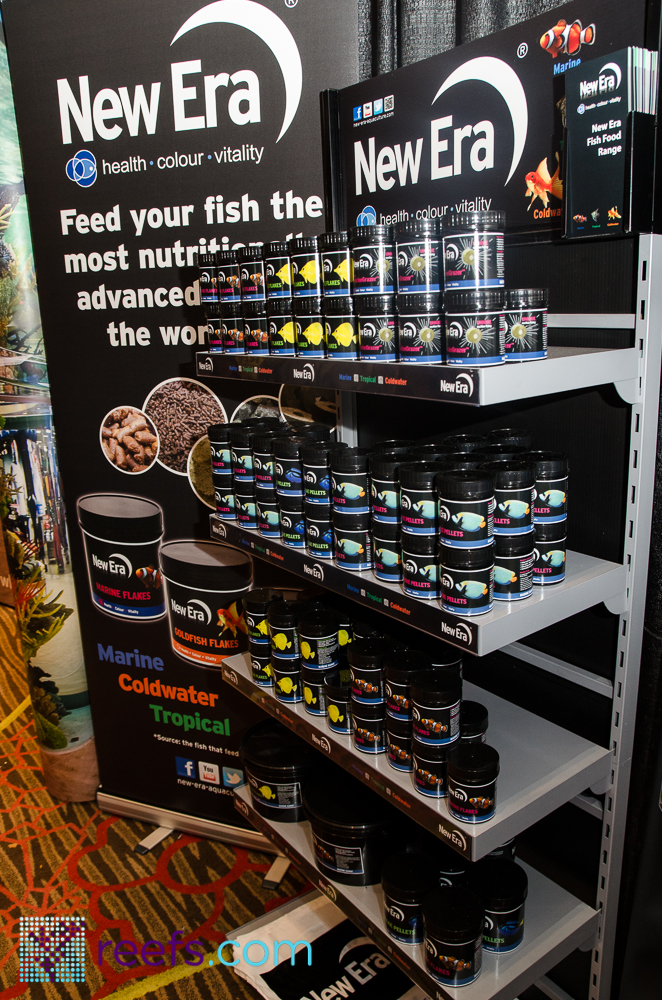 One particular product in New Era caught my and other MACNA visitors’ attention right away- it’s called MINI MarineGrazer and it comes in a form of a donut-shaped block targeted for feeding tropical marine grazing species, like tangs, butterflyfish, gobies and marine angelfish. 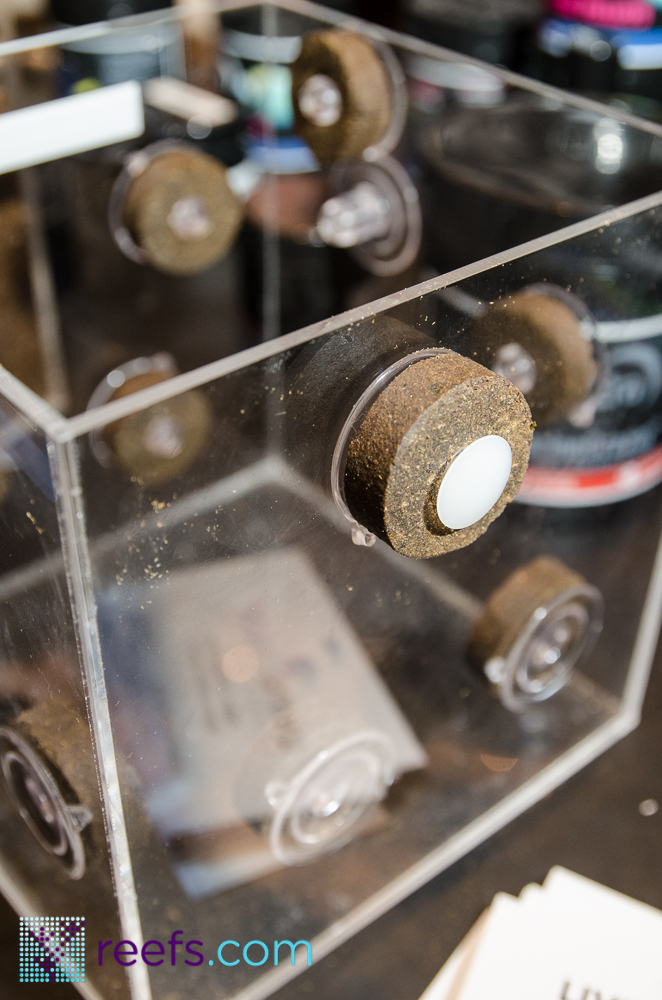 The food sells with a suction cup that fits in the “donut’s” hole and allows for securing it to the aquarium glass. Fish love it, just look at the picture I took: 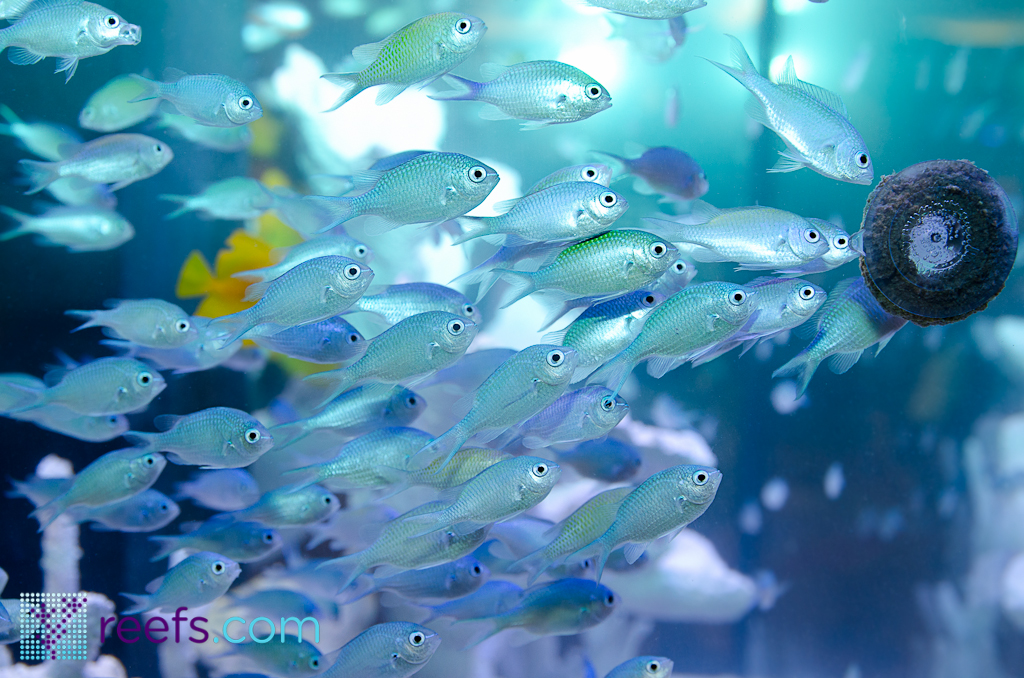