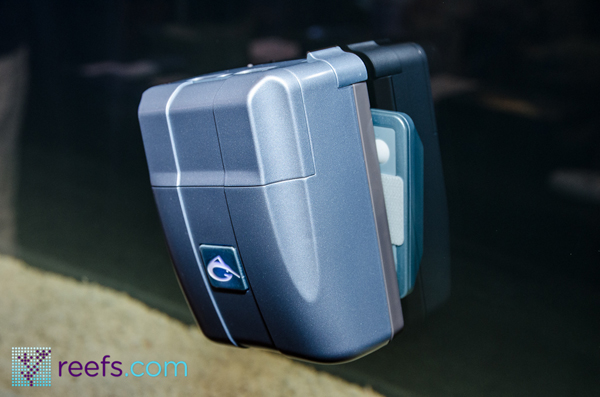 Tired of manually scraping the aquarium glass of unwanted algae? Wish there was something that would do it for you so you can have an unobstructed view of your little piece of ocean at all times? Enter the world of Robosnail, an automatic glass cleaner designed to free aquarists from an ardous task of algae scraping. Not to my surprise, people visiting Robosnail booth labeled it ” Rumba of reefkeeping”. Much like the little vacuum, Robosnail is a battery powered, motorized device that “crawl” on aquarium glass cleaning it off unwanted algae. How does it work? It’s built on standard magnetic algae scraper principals, except that the the dry side has a little motor, rubber wheels and it’s packed with motion sensors. In addition to that, there is a charging station that you can hang from the glass’ edge so Robosnail can return to “pit stop” when it’s internal battery is depleted. It can run for up to 30 minutes of constant scraping before it needs to “crawl” back to it’s dock for charging. 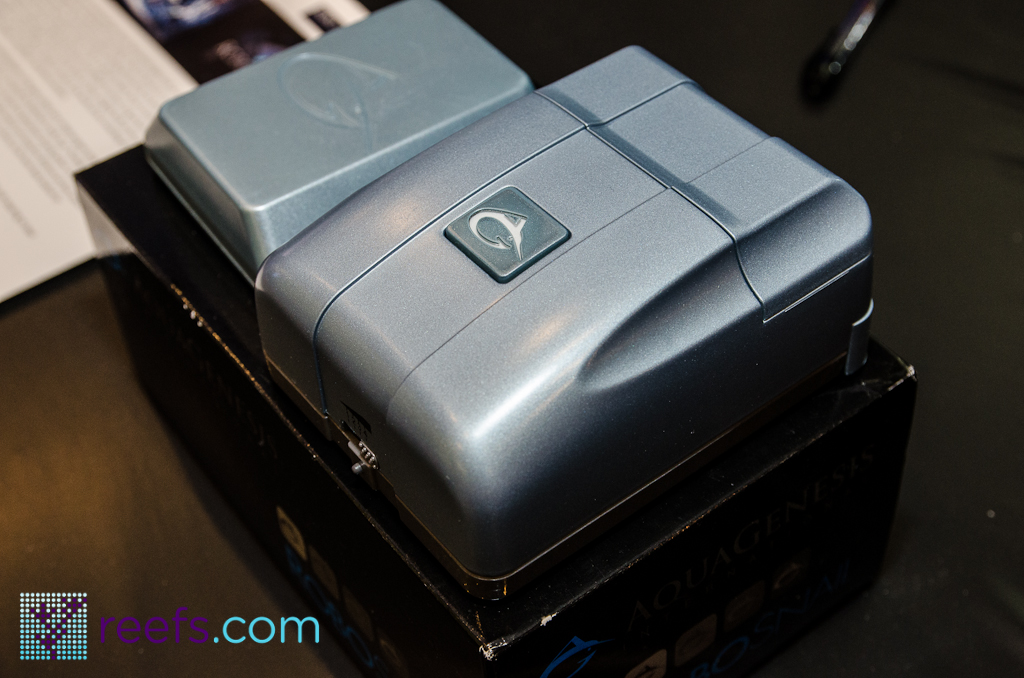 Before first use, Robosnail has to be programed to memorize the area it’s allowed to scrape. This is done by a simple program where you “tell” the device it’s boundaries. The program writes down the coordinates to Robosnail internal memory and after that you can sit back and enjoy the little robot (it even makes a robotic sound when crawling, much like R2D2,although it doesn’t beep when you ask him something) working for you full-time.

According to to Aquagenesis, the company behind Robosnail, the device work on standard rectangular glass aquariums of volume between 55g up to 150g and the magnet holds on a glass up to 10mm in thickness (0.39″).Suggested retail price- $299. It doesn’t come cheap to have AI doing part of the maintenance routine for you, nevertheless it’s an interesting little gadget and expect couple jealous looks in your direction the next time you invite your fishy friends to see your tank.

See Robosnail in action in this little video I made at Aquagenesis booth: