Aquarium Fish: News from the Warfront with Cryptocaryon irritans: Part One of Five

The parasite Cryptocaryon irritans has been described as one of the most devastating parasites affecting marine fish (Wright & Colorni, 2002). Heavy infections cause mass mortalities and financial losses in both ornamental and food fish. The confines of an aquarium make ideal conditions for the proliferation of this pest. Within a closed system, the population of Cryptocaryon irritans can increase approximately 10-fold every 6-8 days (Burgess, 1992).

Despite all of the information currently available about this parasite, it still remains to be one of the most serious threats to the health and well- being of captive teleost marine fish. This is due in part to misinformation about the life cycle, mode of transmission and treatment options that are perpetuated largely (albeit unintentionally) by misinformed hobbyists and retailers. This five part series will detail these and other aspects pertaining to Cryptocaryon irritans in an attempt to dispel such misinformation.

What Is Cryptocaryon irritans?

Cryptocaryon irritans is commonly referred to as “ich” or “white spot” by marine aquarists. Cryptocaryon irritans is a ciliated protozoan parasite of marine teleost fish in tropical and temperate waters. This pathogen is an obligate parasite of marine fish (Iwama, Pickering, Sumpter & Shreck, 1997. Dickerson & Dawe, 1994). This means that it feeds exclusively on fish and cannot complete its life cycle unless this food source is available within its environment. The theront stage of this parasite will not survive for more than a day or two without a host fish. 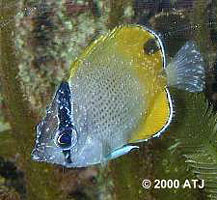 Cryptocaryon irritans was first reported in Japan in nineteen-thirty-seven (Sikama, 1937). It was described as a ciliate parasite infecting more than 45 species of marine fish in aquaria of the Tokyo Imperial University Institute for Fisheries. Occurrences of infection with this pest were previously observed only in public or private aquariums (Nigrelli & Ruggieri, 1966. Wilkie & Gordin, 1969). Since that time, it has become increasingly problematic in mariculture (Colorni, 1985. Huff & Burns, 1981). Cryptocaryon irritans shares many similarities with the freshwater parasite Ichthyophthirius multifiliis. However, these two parasites are taxonomically distant. 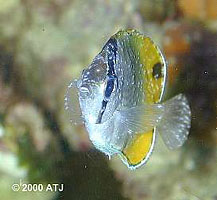 There is extensive phylogenetic analysis and molecular support for the taxonomic re-assignment of Cryptocaryon irritans. It was recently recommended that this protozoan ectoparasite be taxonomically reassigned to the order Prorodontida within the class Prostomatea and a new family name has been suggested, Cryptocaryonidae (Wright & Colorni, 2002).

Alarming new evidence has come to the attention of the scientific community that Cryptocaryon irritans is adapting to new environments. The parasite has been exposed to different survival pressures, necessitating its constant adaptation and variation (Yambot, et al., 2003). Several new strains have been discovered (Diggles & Adlard, 1995, 1997; Diggles & Lester, 1996a,b,c. Jee et al., 2000). It has been found in new regions, at cooler temperatures (12-16C) than previously reported (Jee, et al., 2000). Until recently, it was believed that the disease would not develop below 19C (Nigrelli & Ruggieri, 1966. Diggles & Lester, 1996b. Gordin, 1969). Highly aberrant strains have recently been found thriving in hyposaline environments in Taiwan (Yambot et al., 2003). With the news that Cryptocaryon irritans is spreading to new geographical locations and adapting to a wider range of temperature and salinity comes the need for fresh new strategies and treatments for its control.

Another commonly held belief among hobbyists is that Cryptocaryon irritans (ich) is always present in every marine aquarium. They mistakenly liken “ich” to an opportunistic bacteria or other pathogen that is always present within the aquarium and assume that it only becomes problematic if the fish are in a weakened state (i.e. poor water quality, or diet). Those that hold to this belief often downplay the importance of preventive measures such as quarantining new acquisitions prior to placing them into display aquariums. Cryptocaryon irritans must be introduced into the aquarium before an infection can develop. Generally, this parasite is imported into a system or aquarium with infected fish. Failing to quarantine these new additions puts the established stock at a much greater risk of infection. It is also more difficult and problematic to treat disease outbreaks in a display aquarium; especially those that contain live rock, or invertebrates.

Dr. Harry W. Dickerson made the following statement pertaining to Cryptocaryon irritans in the Summer 1994 issue of Seascope: “Survival of the aquarium population requires the elimination of virtually all parasites, and treatments will not work unless carried through to completion. When treatments are applied with an understanding of the parasite’s life cycle, the chances of success increase significantly.” (Dickerson, 1994) “The difficulty in eradicating C. Irritans from marine aquaria and mariculture systems arises from the complexity of its life cycle, in particular the prolonged development of some tomonts and the consequently asynchronous excystment of infective theronts.”(Colorni & Burgess, 1997). With an effective treatment and proper procedures, Cryptocaryon irritans can be eliminated from the aquarium and the fish.

Cryptocaryon irritans is an obligate parasite, meaning that it cannot complete its life cycle (at the trophont stage) without a host fish. Taking into account that the normal time frame in which tomonts will hatch ranges from 3 to 28 days, a fallow (without fish) period of 30 days to 6 weeks is recommended to eliminate this parasite from an aquarium. Removing all potential hosts from a system for this period of time should eradicate the pest from the aquarium. If the fish are removed from the display to another aquarium for treatment and an effective means of therapy (i.e. hyposalinity or copper treatments) is employed, then those fish will be clean of infection.

What Fish Are Susceptible?

Cryptocaryon irritans has low host specificity (Burgess & Mathews, 1995). This means that it will infect almost any species of fish that is exposed to it, even those that are not native to a marine environment. Saltwater-adapted black mollies Poecilia latipinna were used as the subjects of one trial to establish the low host specificity of this parasite (Yoshinaga & Dickerson, 1994). Resistance becomes increasingly difficult as the population density of the parasite multiplies within an aquarium or system. Infection is more likely in aquariums than in the wild because of high stocking density, favoring the probability of the free-swimming theronts locating a host (Yambot, et al., 2003).

It is evident that different species of boney reef fish have varying degrees of resistance to Cryptocaryon irritans (Colorni & Burgess, 1997. Diggles & Lester, 1996c). In captivity, resistance may be more a matter of differences in the dietary and environmental needs between the various species of fish than any other factor. Species belonging to the angelfish, tang, butterfly, puffer and cowfish families are among those thought to be especially vulnerable to infection. Elasmobranches such as sharks and rayfish are considered to be naturally resistant (Lom, 1984).

Cryptocaryon irritans is most frequently introduced into an aquarium when adding new, infected fish into the system (Dickerson & Dawe, 1995). These fish may have the typical white spots or lesions, or they may not exhibit any outwards signs of infection while still harboring trophonts in the gill tissues.

It is possible, but much less likely, to import Cryptocaryon irritans into a system by means other than on infected fish. Water containing the free- swimming (theront) stage is a possible means of introduction (Colorni & Burgess, 1997). However, considering the short time span in which theronts remain infective in the water after hatching this risk is significantly smaller. Storing the water for 24 hours before use should provide a margin of safety (Colorni & Burgess, 1997). Hard surfaces such as sand, rock, glass, equipment and even some invertebrates (invertebrates do not become infected) can serve as attachment sites for tomonts (Burgess, 1992). If any of these objects are removed from an infected tank or system and placed into another aquarium they may carry some tomonts or cysts. It is also theoretically possible to import an infection when using live foods of marine origin.

Drying the aquarium, sand, rock and equipment will kill attached tomonts. Drying, obviously, cannot be used as a means to kill tomonts that are attached to live invertebrates. If the system that an invertebrate, piece of live rock, or live sand originates from is infected, it may be necessary to quarantine these items before they are moved into a display containing fish.

The presence of hyperplastic epithial cells in the gill tissues and fusion of secondary lamellae are caused by cryptocaryonosis (Yambot, et al., 2003). If sufficient numbers of the parasite attack a fish, at the onset of infection, death can occur from massive damage to the gill epithelia before telltale white spots become visible to the naked eye (Dickerson & Dawe, 1994). Fusion of secondary lamellae and irreversible obliteration of inter-lamellar spaces occurs after frequent, heavy infections (Colorni & Burgess, 1997). The wounds that are caused by invading theronts frequently become sites for secondary infection by opportunistic bacterial and fungal pathogens (Colorni & Burgess, 1997). These lesions may be particularly vulnerable locations for secondary infection by non-specific pseudomonas species of bacteria (Nigrelli & Ruggieri, 1966). The wounds compromise the mucus/scale/skin barrier making osmoregulation more difficult and costly energy-wise. In severe cases, this can lead to osmotic shock. Generally, mortalities occur only after successive, severe infections (Colorni, 1992).

This is the first installment in a five part series. Part two will cover the life cycle of Cryptocaryon irritans, how to identify the parasite, a list of clinical symptoms to watch for, the adaptability of this parasite, the new challenge and prevention.