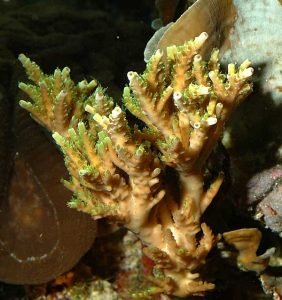 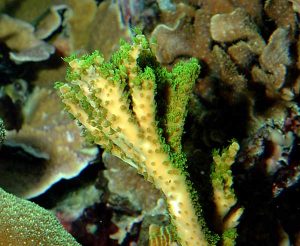 Recently, a situation developed in my reef tank that reminded me of my own words spoken to aquarists a number of times in the past. Many times in the past I suggested that careful observation of his/her aquatic guests is extremely important; in fact, when it comes to their well being it is perhaps the most important skill to acquire. Testing water quality with test kits is important, but is secondary to observation. This of course recognizes that there is a vast difference between the observational skills of an experienced aquarist compared to those of a beginner. The experienced aquarist knows what to look for, the beginner doesn’t. How early we are able to recognize a deteriorating situation is critical in a reef tank, because many of the sessile animals are very intolerant of certain changes to their environment.

The truth of this was brought home to me recently when an out break of RTN (rapid tissue necrosis) began to develop in my reef tank. Tissue sloughing off of some of my more delicate Acropora spp was a clear red alert signal, but had I been looking more closely over the preceding months I would have recognized yellow alert signals. Months before I noticed, but didn’t respond, to the fact that some of my old clams were not opening fully, and that my 15-year in captivity _E. ancora _was not extending its polyps as it did in the past. I even noticed that some of my SPS corals were closed, not extending their polyps at all. However, the fish were fine and most of the corals seemed happy. I tested for nitrates, orthophosphates, alkalinity, calcium, and a lot of other things, but everything appeared within normal reef tank water parameters. And, it was time to do my 20% water change, so I mixed up almost 200-gallons of new seawater and made the change.

Within two days of the water change RTN made its appearance. So, thinking something was wrong with the new seawater I tested it for impurities, but found nothing. Finally, I had a revelation, and tested the one thing I had ignored for many months – salinity. Both devices I had gave me a specific gravity reading of 1.032. It is my custom to change 20% of the seawater in my system every other month, and due to an error in the way I was changing seawater the specific gravity of my system’s seawater was rising, and stressing the animals most sensitive to high salinity. It is very important to recognize that different animals have differing thresholds in their responsiveness to changing environmental conditions.

It took the removal of almost 80-gallons of saltwater with its replacement with purified freshwater to bring the specific gravity to 1.025. I accomplished this transition over the course of one week, and much to my surprise and delight my corals began to recover very rapidly. Sometimes, the answer to a problem is right in front of your nose.

We are very pleased to announce two new columns this month. One of the new columns, Breeder’s Net, written by Frank Marini, will present much of the current, hands on information on the captive breeding of ornamental marine fish. We all understand that captive breeding will ultimately lessen the negative impact from the collection of wild ornamental fish. With this issue, we also begin a vertebrate column. Greg Schiemer and Scott Michael will take turns presenting us with information about the fish that we keep in captivity. Check it out!