As many of you know, I live on the tip of Cape Cod in a small town called Provincetown, a town that has a year-round population of somewhere around 3,000 people but is capable of having close to 50,000 visitors per day during the summer months. On Cape Cod itself, there is not one reef store, which for me is a problem. To support my 10-foot reef tank I have to rely essentially on mail order. Often, I even have to purchase livestock via mail order, which is anything but ideal.

Like most reef keepers, when I travel, I check Google and other sources to see if there is a reef store anywhere near to the destination that I am traveling to. Recently, I drove to the most northeastern area in the United States. It is where the town of Lubec is located. This is where the sun first reaches the United States in the AM. One can find there a bridge to the Canadian island of Campobello from Lubec. From Lubec, it is but a few miles to the beautiful island known as Grand Manan.

My oldest son, Chris, with his wife and son, essentially live off the grid in a beautiful house that he and his wife built together in this area. Recently, he decided to add an extension to his house to contain a shower, commode, and room for a guest or two. For me, from Provincetown to Truscott where he lives, which is about 5 miles from Lubec, is a 500-mile car trip. Recently, I made the trip to help with some of the framing for the new addition.

About half-way from Provincetown to my son’s house, there is a reef store located in a town called Fairfield, which is approximately 10 miles from Augusta Maine, the capital of Maine. Over the years, I have visited thousands of aquarium stores, most of which were of very little interest to a reefkeeper.  More often than not, even the limited livestock were generally poorly cared for. Therefore, imagine my surprise when I came across an absolutely extraordinary reefkeeper’s store in this little town. 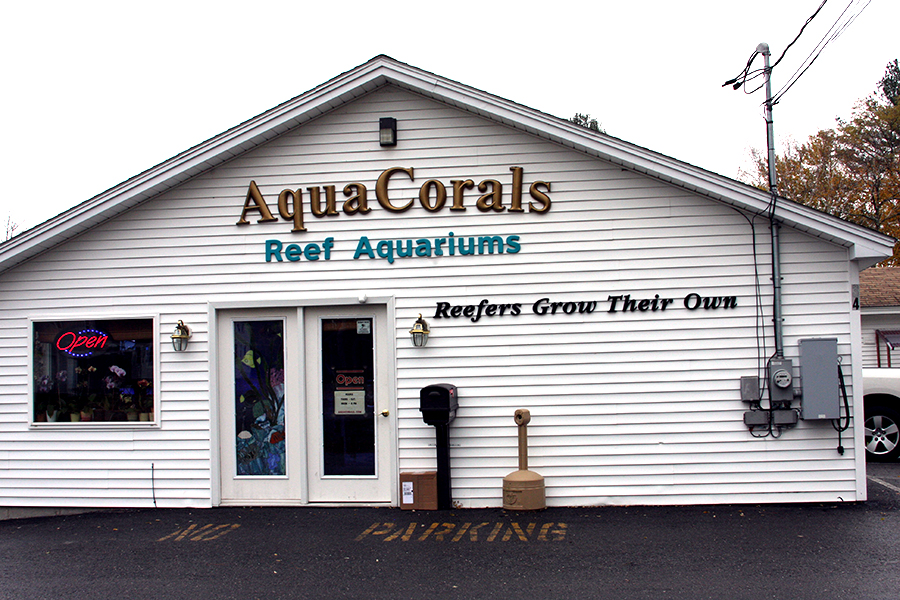 As you can see from this photograph, looking at this store from the outside one sees a large sign with the name “AquaCorals”; below that is another sign “Reef Aquariums,” and below that to the right still another sign stating “reefers grow their own,” quite an interesting play on words. I still did not know what to expect before I entered the store.

Essentially, the owner is a woman by the name of Penny Harkins who specializes in reef fish, equipment, and soft corals, most of which she grows in her elaborate facilities – facilities I might add she built all by herself. Penny is quite expert at wiring, plumbing, even drilling glass. She is extraordinarily knowledgeable about all aspects of reefkeeping. It is no wonder then that aquarists travel hundreds, literally hundreds of miles to spend time and money in her amazing store. The following is a series of photographs that I took throughout the store.

Penny Harkin’s email address is penny@aquacorals.com.  AquaCorals is located at 34 Currier Road, Fairfield, Maine 04937 (30 miles North of Augusta / 10 miles north of the city of Waterville).  Her store is open on Thursday, Friday, and Saturday noon to 5 PM.

Her business card says, “Guaranteed worth the drive,” and I agree. 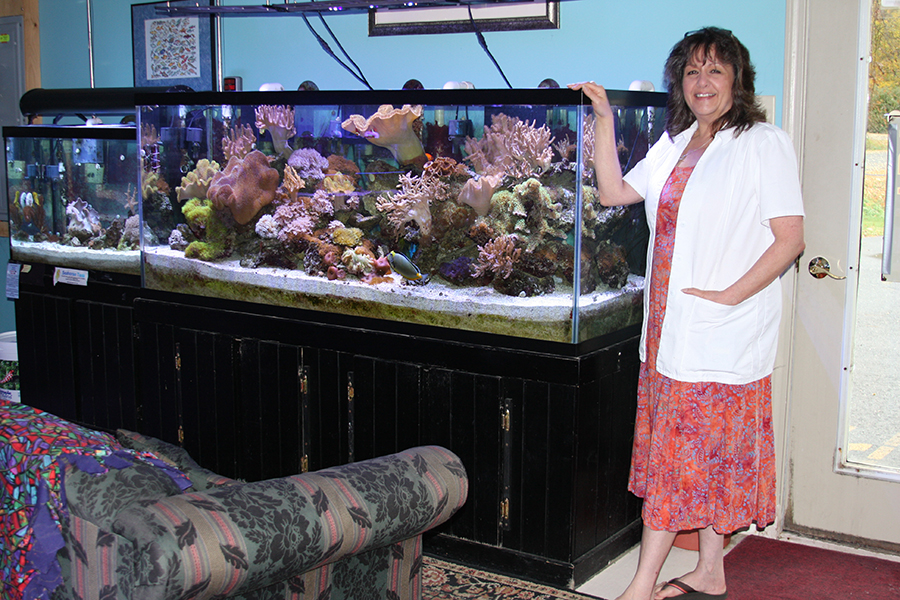 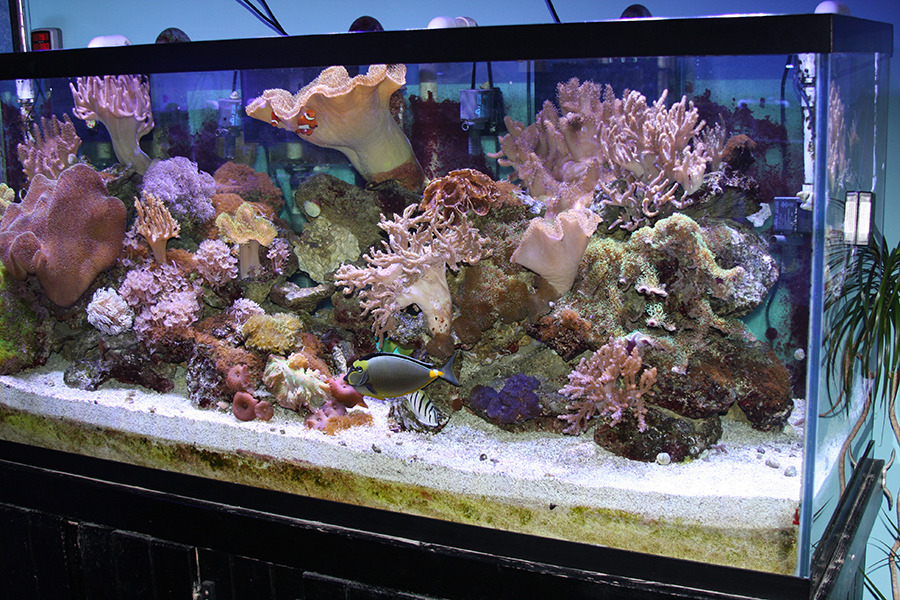 This is a picture of one of her display tanks. As you can see, it is dominated by soft corals, where she frequently takes cuttings from these corals which are then grown in separate tanks and put up for sale for her customers. 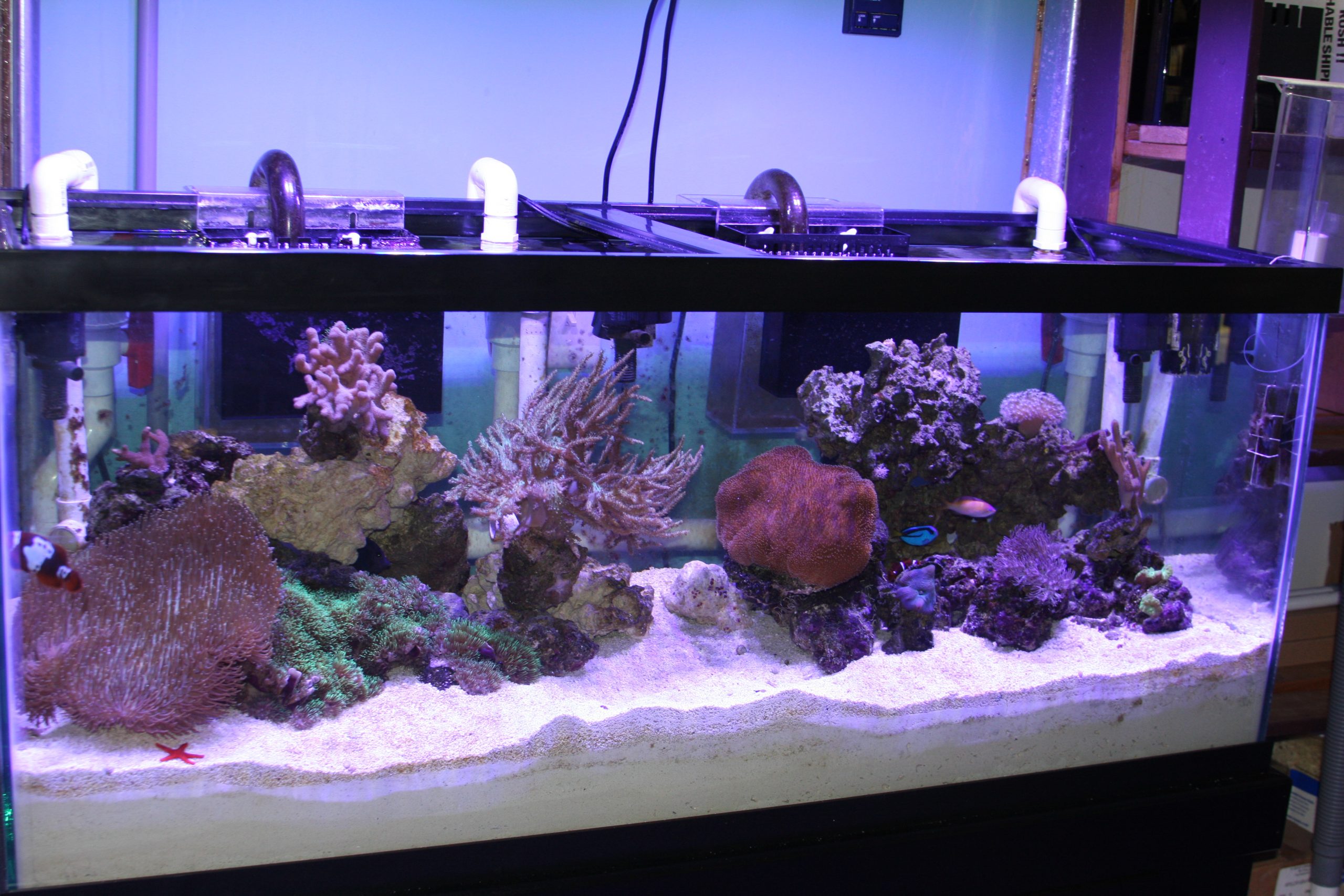 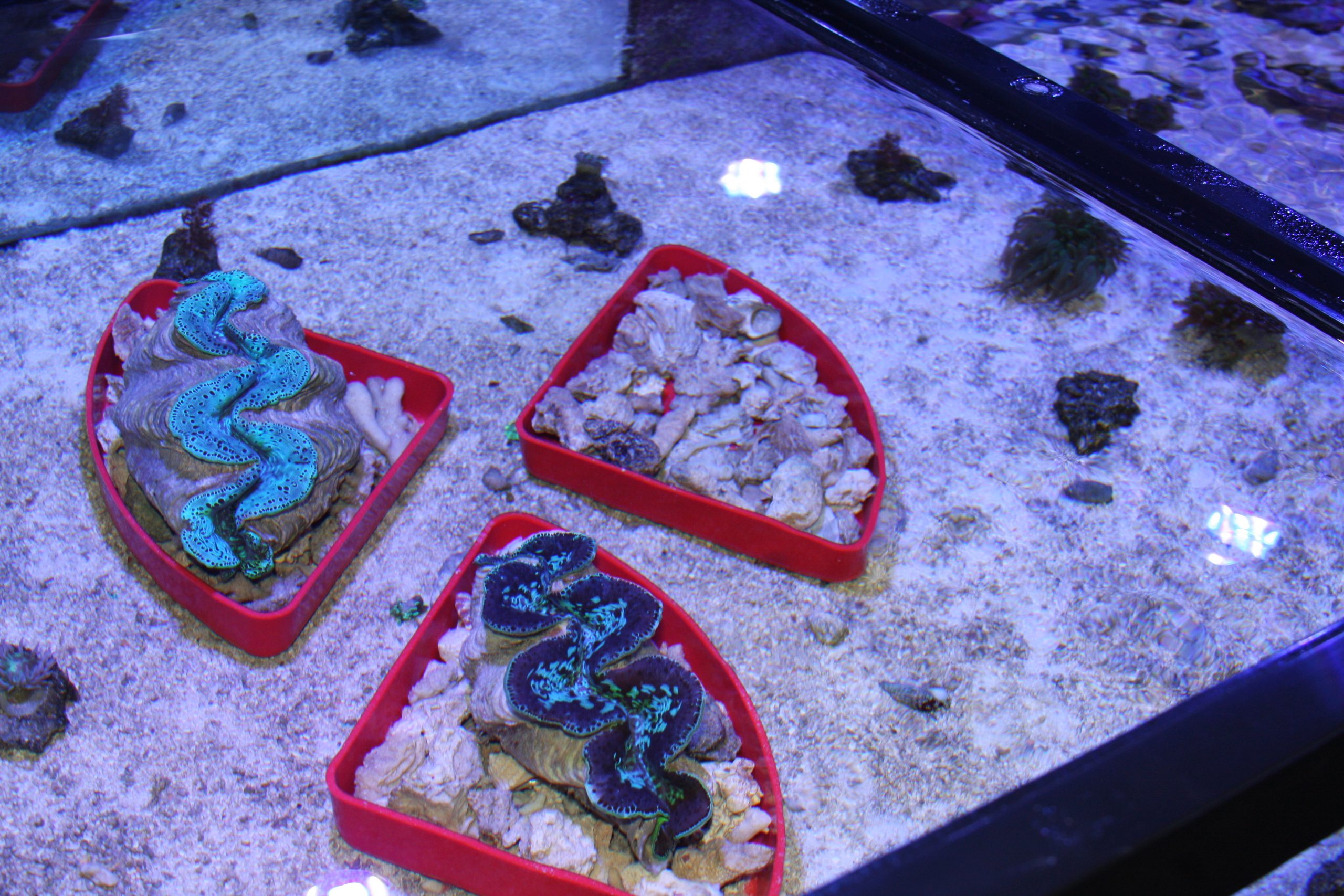 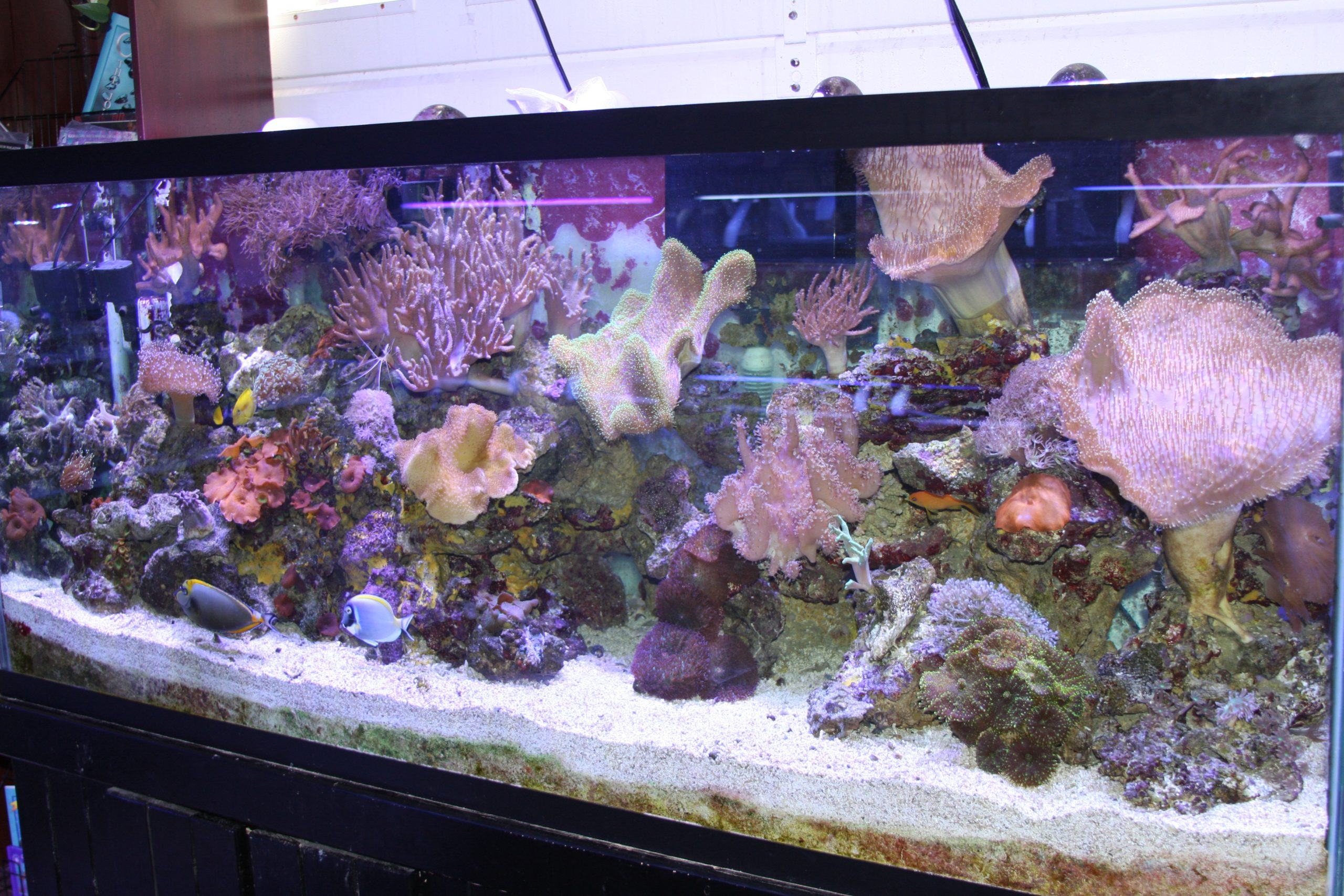 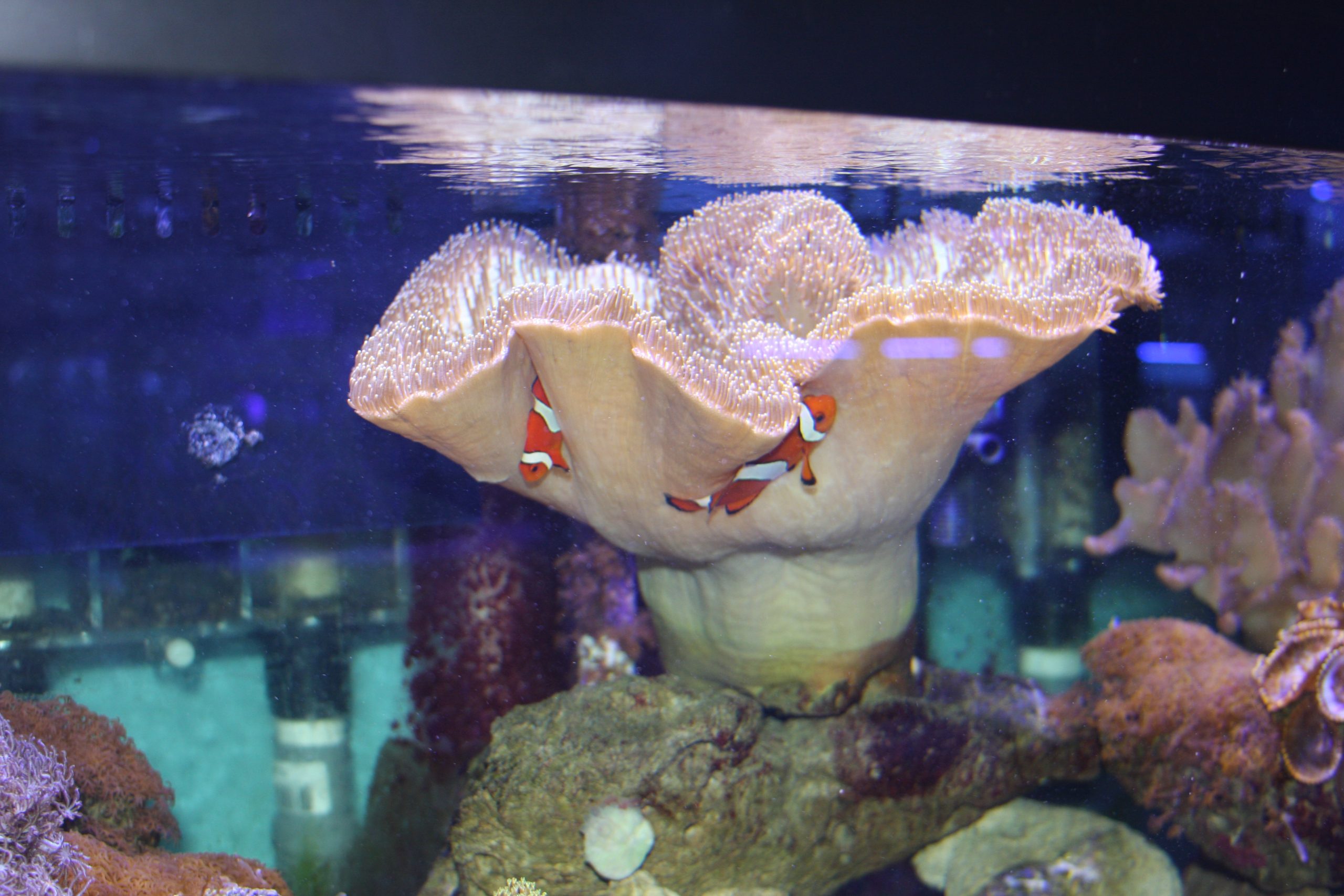 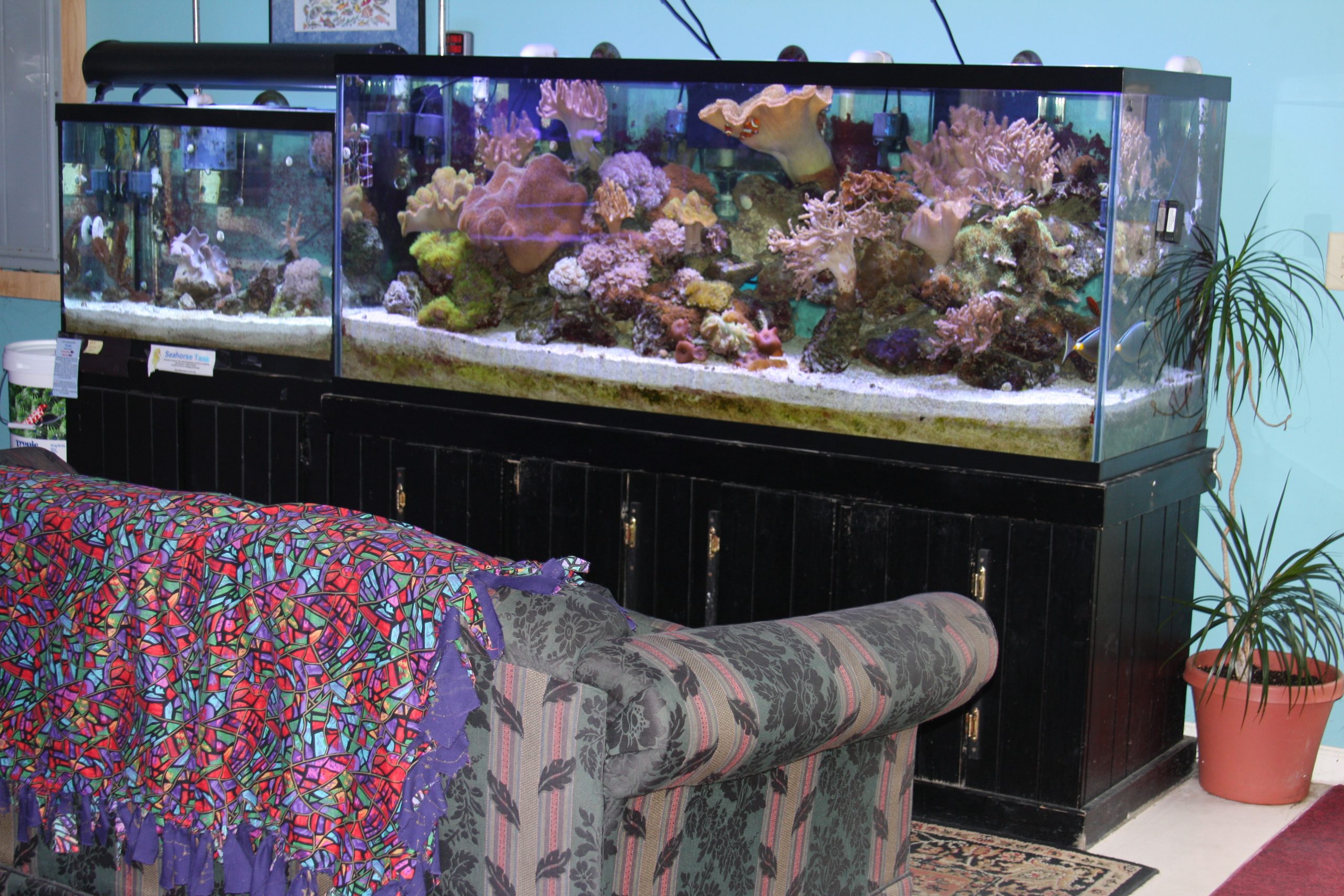 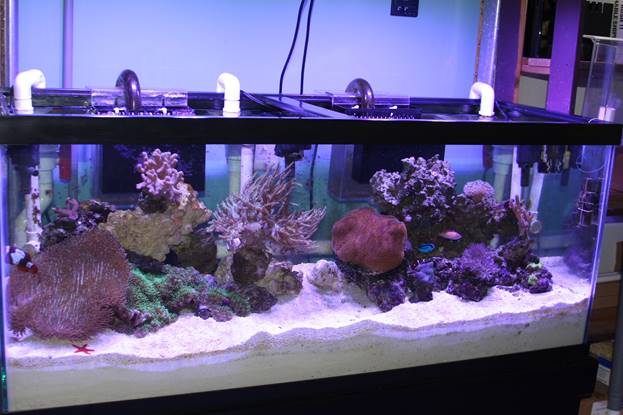 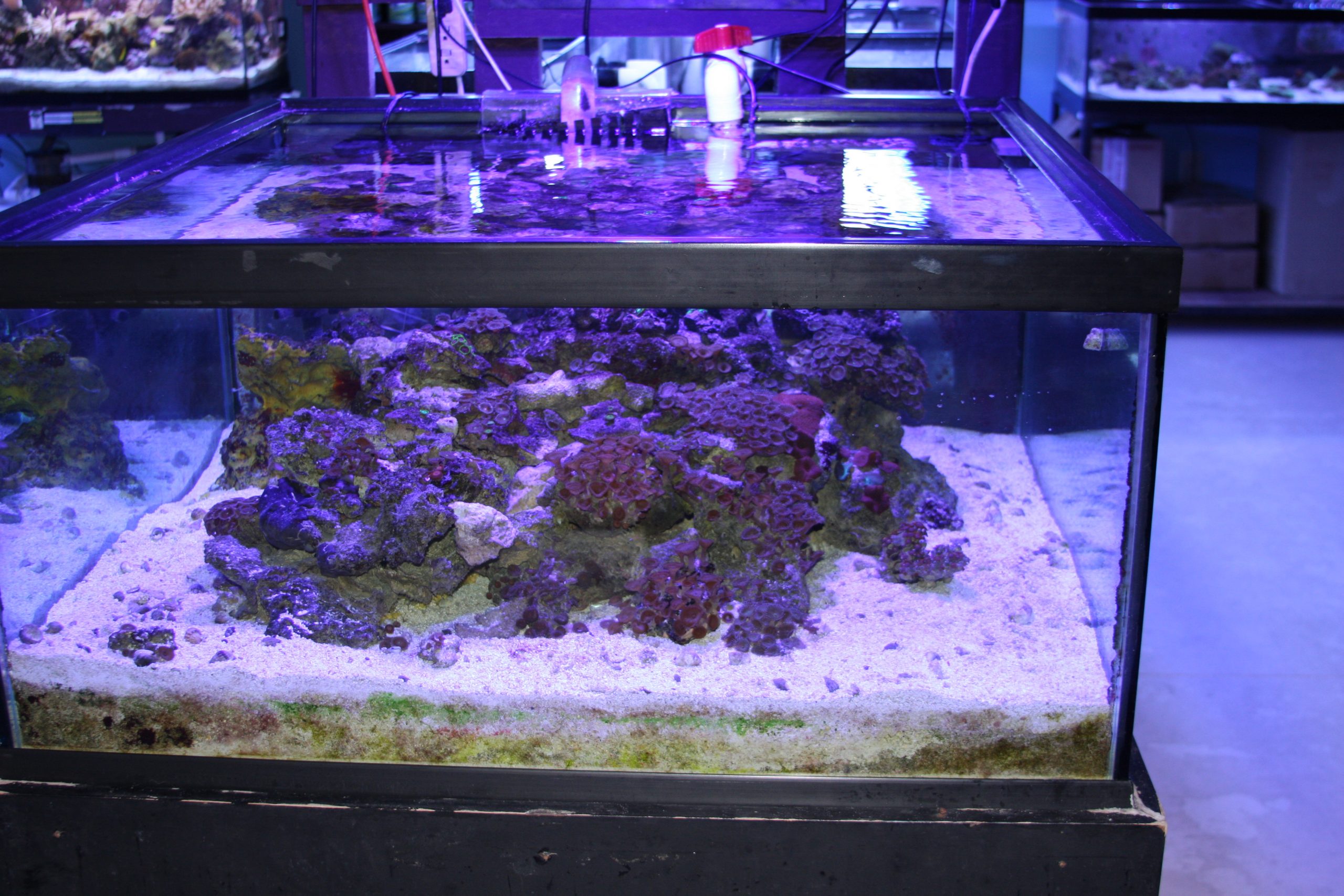 One of Penny’s grow out tanks.  Many more are visible in the background.

Here are two new photos of my 10-foot reef tank, which was setup several months ago: 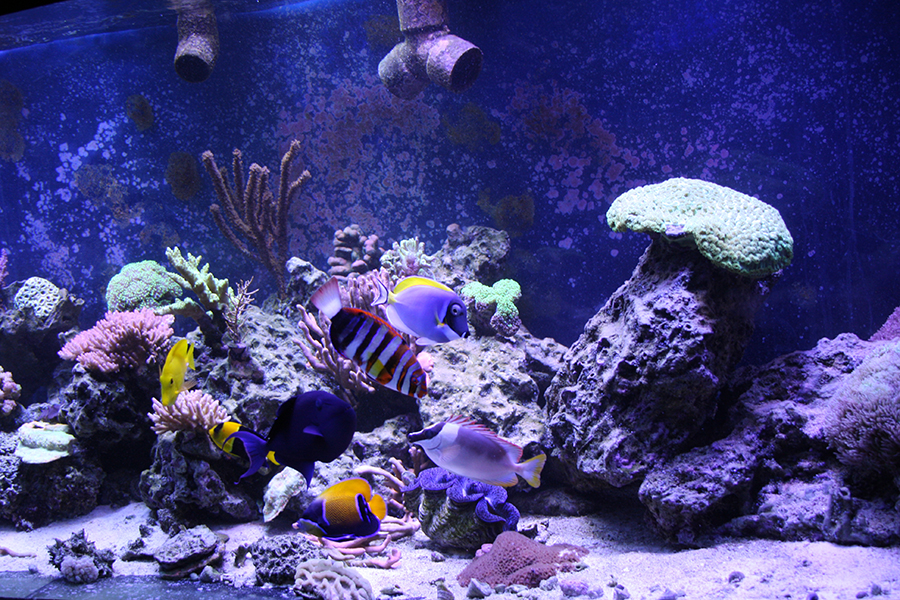 One thing to note is that two returns visible at the top of the photo rotate utilizing Seaswirls. Seaswirls are available for purchase at Marine Depot and at other places. They work well, but keep in mind that they are easily damaged if one doesn’t follow the setup instruction very carefully.  Also note if damaged, there is little hope of contacting the manufacturer for repair. 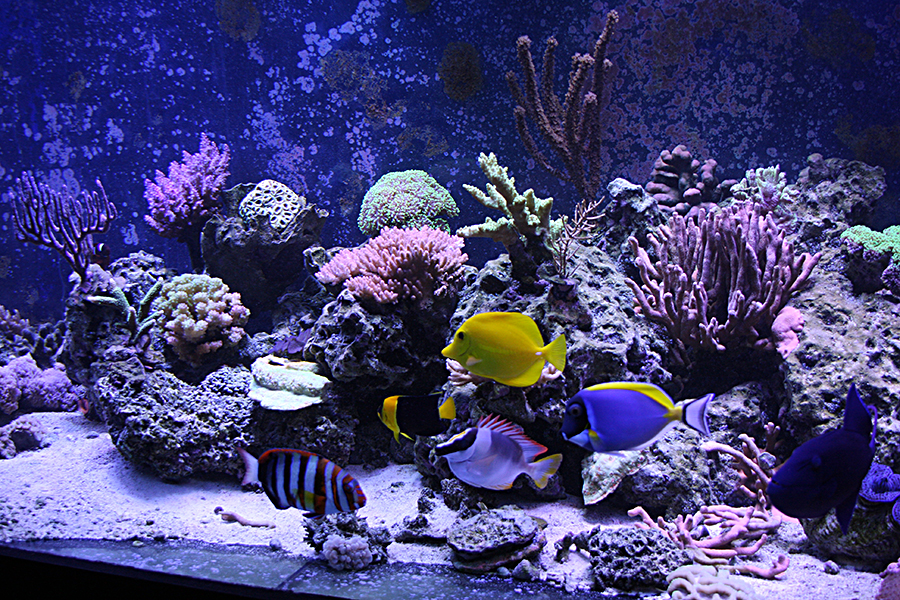 Keep in mind that many of these corals were grown from fragments over the last 8 or 9 months.

Next time: Another excellent reef store (Underwater World) I visited on my travels in Taunton, MA, located in the Galleria Mall at 2 Galleria Mall Drive and run by Greg Driscoll (508-822-9664). It’s another reef store well worth the visit.