Despite the fact that I have gone to considerable lengths to defeat Murphy’s law (whatever can go wrong will) I was almost a Murphy victim last week. I have gone to great lengths (often reported on in my editorials) to defeat Murphy because I have one fish now for 21 years, other fish for more than 15 years, and coral colonies that began as fragments more than 15 years ago. I feel a lot of responsibility for these animals. Nevertheless, Murphy almost got me the other day – let me tell you how.

I attached a small piece of PVC to a plastic tube and tied some nori to it and suspended in the tank for the surgeon fish to graze on. Fortunately, I came back in about 1/2 an hour to see if the fish ate it all, only to discover several gallons of salt water on the floor. The hollow plastic tubing became a siphon and was draining the tank onto the floor. Had I not come back when I did it would have been a real mess. Click on the below pictures! 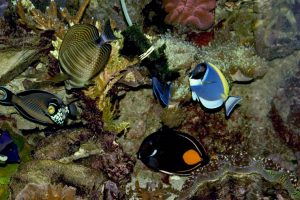 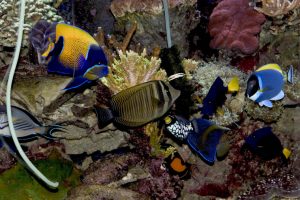 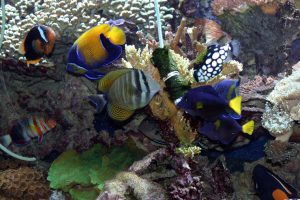 I received the following series of emails the other day, the first of which reads,

Hi Terry just drop’n you a line to let you know that I’m the proud father of 200 yellow watchmen babies, I have included a couple of images too!

When I told him I would like to publish his experience he replied,

Wow that’s great news! I will try to give you some brief details; I’m also sending two different emails with images. The images in this email are some shots taken of the pair before over the last few years. The images in the second email to follow will contain recent images of the egg clutch and the guarding parents.

My reeftank is a 27gl long that has been setup for the last 7 years. The two yellow watchmen were introduced at different times, the female is about 5 years old and the male is about 4 years. I added the much smaller male to the tank about a year after getting the female because of two reasons. The first reason was space, as I didn’t want to overcrowd the tank with too many fish all at once. The second reason was I had first paired up the female with a blue pistol shrimp, but over time the clicking from the shrimp got to be a bothersome(waking me up at night), so I decided to trade in the shrimp for a small male watchmen shortly after. It took about 6 months for the two to pair up, and ever since they have been stuck together like super glue. In the past 3-4 years I’m pretty sure they have mated at least twice before, but I wasn’t 100% sure because most of the eggs were covered by rockwork and I could only catch a small glimpse off the reflection from a bare spot on the bottom of
the tank to see a small clutch.

Recently before the discovery of the clutch of bright yellow eggs there was some serious fighting or mating dances between the mated pair, and at one point of the struggle the male lost one of his fins in the battle or foreplay.

It’s really interesting to watch this event as the male sits guard all day and night fanning the clutch with his tail and even blowing water at the eggs through its mouth. The female will check in from time to time making sure that dad is doing a good job, but then she’s back out in the reef lounging on the big comfy couch of the green open brain which she shares with the female skunk clownfish. The female is more worried about her tan and her appetite rather than her new babies. I guess she deserves a break, and that’s why she’s handed over the job to dad.

I will also send a hyperlink to my webpage in my second email along with the most recent images. If you have any more questions or need larger format images, let me know and I will glad to be of service. Also if you could say hi to Charles Delbeek next time you talk to him; I was fortunate to not only meet him at a local meeting in Vancouver this year, but I also got to share a couple of ales with him after the meeting — it was a great night!

I look forward to hearing back from you Terry, and once again-wow! What an honour it would be to have a little piece of my reef tank published in your great online magazine. I have been a loyal reader starting out 7 years ago; I never missed an Aquarium Frontiers Article.

The exchange continues with,

I got a reply from Charles tonight, and this is what he had to say on the matter:

“Hey Rich, thanks for the email. You must be very excited to see your gobies spawning. Although breeding this species is not uncommon (they are commercially available as tank raised) it does not take away from your accomplishment. I still think it would make an interesting article.”

So I guess I will keep my fingers crossed and hope that you decide to run an article on this little event.

I hadn’t heard of any breeders raising gobies, but then up here in the north we only have a few breeders which are mostly concerned with clownfish.

Charles also sent along these two links for us to have a look at: 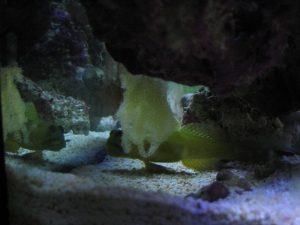 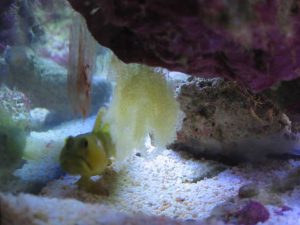 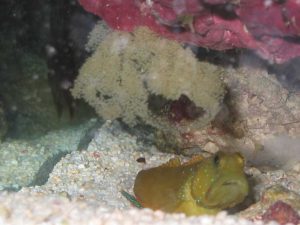 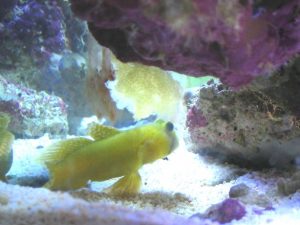 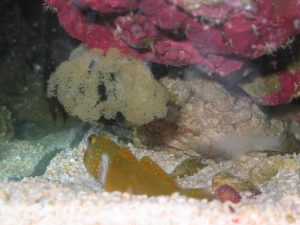 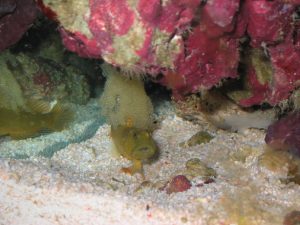 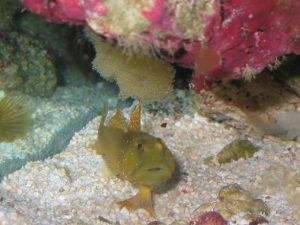 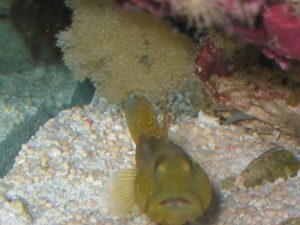 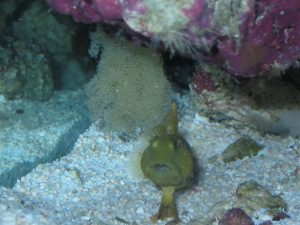 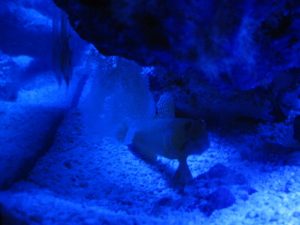 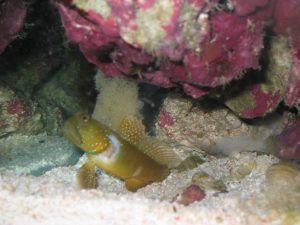 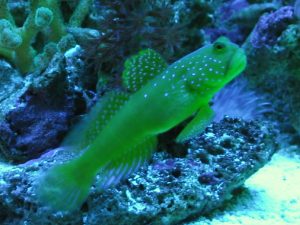 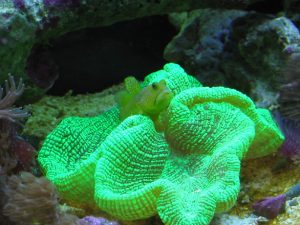 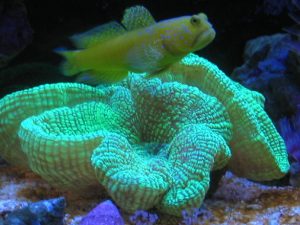