Perhaps the most popular metric used in evaluating the performance of aquarium pumps has been rate of flow, usually expressed in gallons or liters per hour (g.p.h., or l.p.h., respectively). However, there is more (or correctly, less) to the story. Although oceanographers and limnologists may on occasion be interested in flow rates, the metric most often reported is simply velocity (inches per second, centimeters per second, etc.). 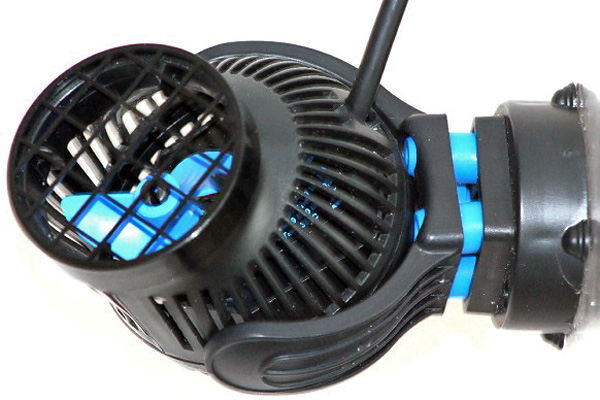 As aquarists, we know the rate of flow from aquarium pumps depends upon many factors, including the size of the pump’s discharge area (or diameter, since most pump discharges are round). Since the equation for calculating a Flow Rate (g.p.h. /l.ph.) = Area (of the pump discharge) * Velocity (or Q = V*A), increasing or decreasing the discharge area affects the velocity of the water flow exiting the pump. Hence, velocity is the most critical parameter. This is important – velocity that is too high can cause harm to sessile invertebrates’ tissues. On the other hand, low velocity fails to deliver the desired effects of having a pump in the first place. This article will look at water motion based simply on velocity as tested within a relatively large home aquarium and briefly examine water velocities seen in real reefs and lagoons. Together this information will allow hobbyists to make informed decisions on pump selection and pump & invertebrate placement.

All pumps tested for this article are manufactured by tunze Aquarientechnik GmbH (Penzburg, Germany) and are of the ‘nanostream’ series, including models 6015, 6025, 6045 (with a mechanical discharge adjustment), 6055, and 6095. These pumps use small electric motors connected to a propeller to move water.

Water velocity has long been recognized as an important factor on natural coral reefs and there is much valuable information available to hobbyists. The categories chosen for this article were developed by one of the more prolific researchers of coral reef water flow dynamics – Kenneth Sebens. In his 1997 work, Seben’s categorized water velocities into 4 zones.

Figure 1. A simplified diagram of water motion seen on natural reefs. See definitions (above) for water velocities often found in these reef components.

Pumps were testing in a 240-gallon aquarium (24″x24″x96″) filled with saltwater at a specific gravity of 1.025. Water velocities were measured by a FloMate 2000 electronic water velocity meter (Marsh-McBirney, Maryland, USA). The meter’s probe was held in place by a jig to measure water velocity on a horizontal plane at depth equal to that of the center of the pump’s discharge. The jig was designed to also measure velocities on the x- and y- axes. Measurements were taken at approximately 2 inch increments on the x- and y-axes (the z-axis being fixed at one depth). These measurements were logged into MS Excel, with a surface area chart selected, and printed. Outlines of the rough flow patterns were traced, scanned, and exported to MS Paint where the different velocity zones were colored. These drawings were further enhanced in MS PowerPoint.

Velocity attenuation (weakening) charts were made using velocity data collected at distances from the highest velocity recorded (generally at the center of the pump discharge). Bear in mind that these measurements were made in a bare aquarium where no aquascaping offered obstruction to flow.

An important first step in the visualization of a pump’s discharge is its basic shape in an unrestricted environment. In all cases reported here (except for the model 6045, when the throttle is positioned neat the pump’s motor), tunze pumps produce jet-like streams (as opposed to a diffusive fan-like pattern). See Figure 2. 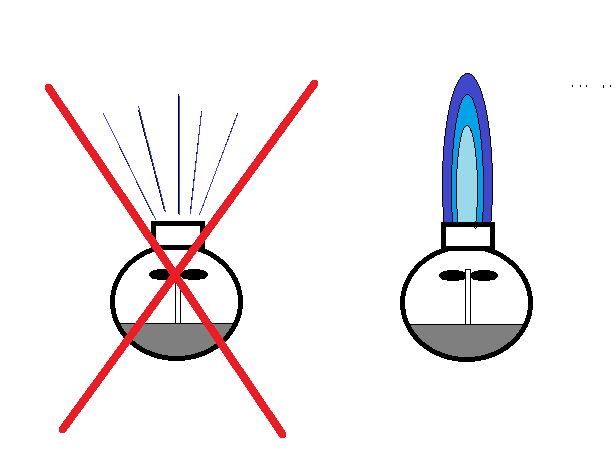 Figure 2. Water exiting these pumps does so in a jet-like manner (right) and not as seen on the left.

With the preliminaries out of the way, we will begin our examination of tunze nanostream pumps, starting with: 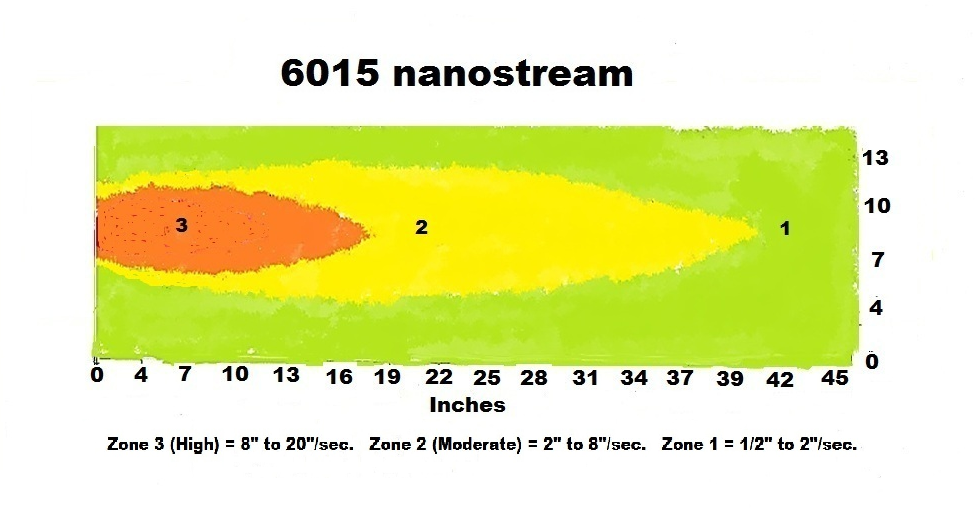 Figure 3. Visualization of water flow velocities of the 6015 nanostream. 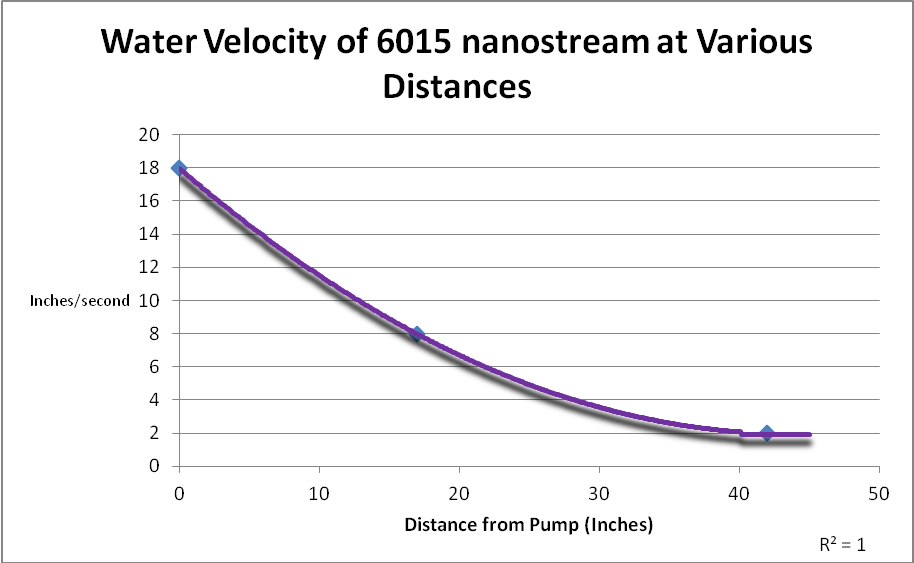 Figure 4. The smallest of the nanostream pumps offers high flow at the discharge. 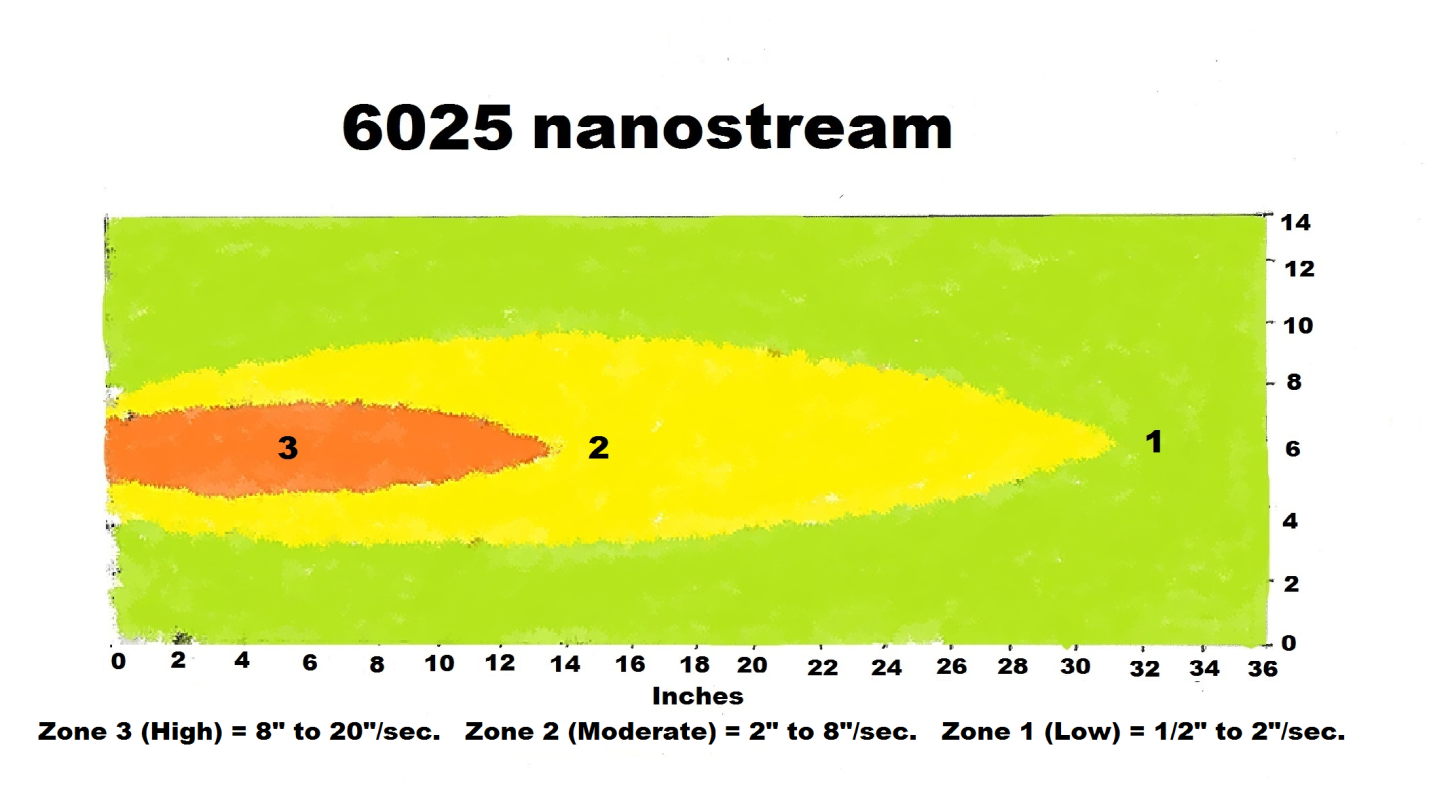 Figure 5. Visualization of water flow velocities of the 6025 nanostream. 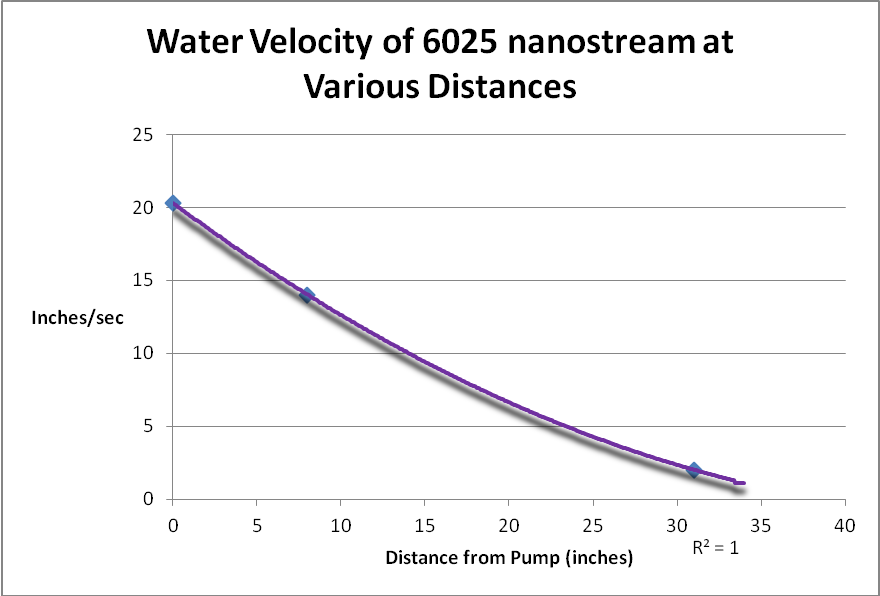 Figure 6. The 6025 nanostream provides slightly higher water velocity at its discharge than the 6015.

This pump is of a different design than the other nanostreams in that it has a sliding collar within the discharge nozzle that be moved to regulate flow. Interesting, this device has an impact on flow velocity and flow pattern. 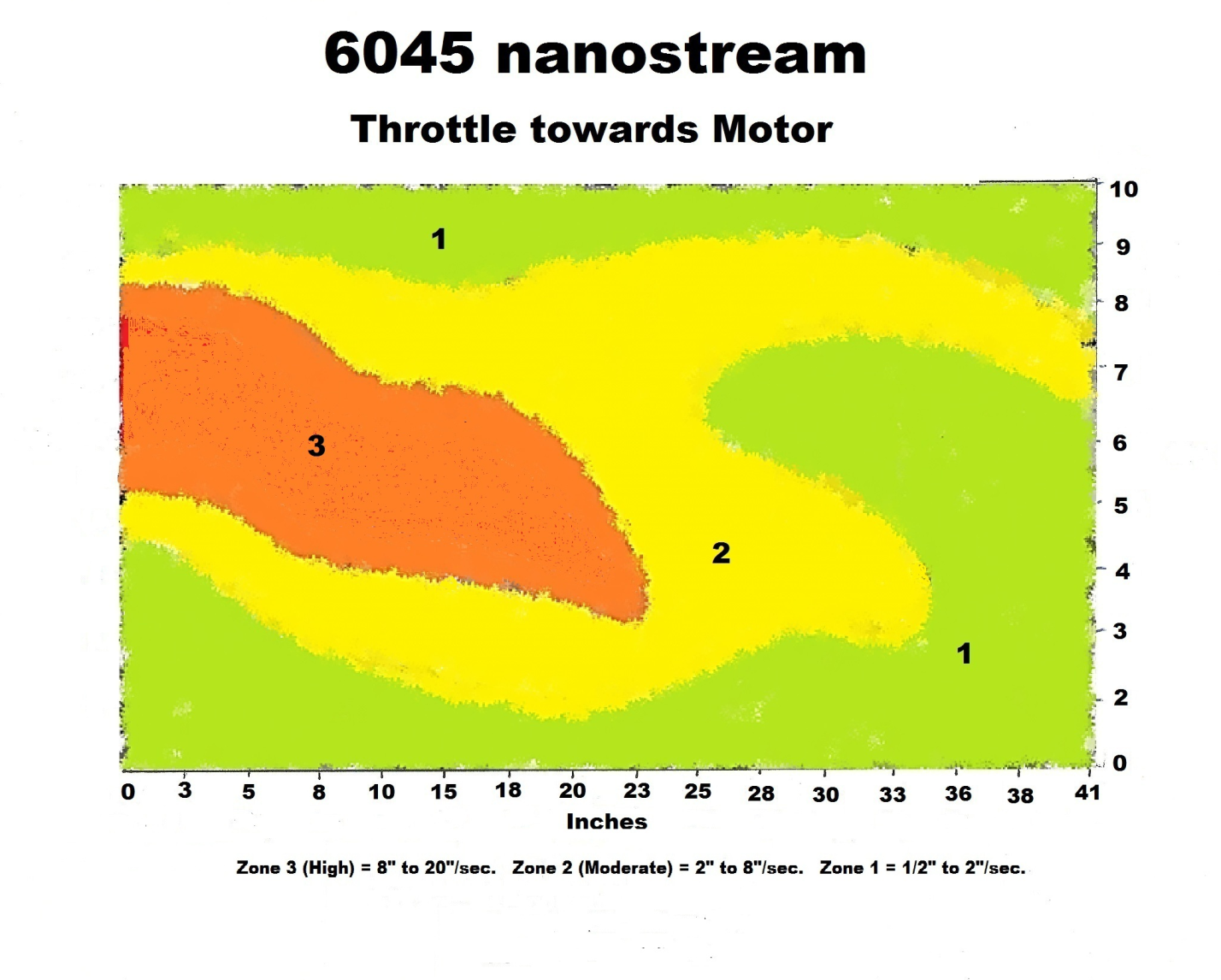 Figure 7. Visualization of water flow velocities of the 6045 nanostream (with the throttle positioned towards the pump motor).

Figure 8. Visualization of water flow velocities of the 6045 nanostream (with the throttle positioned towards the discharge nozzle). 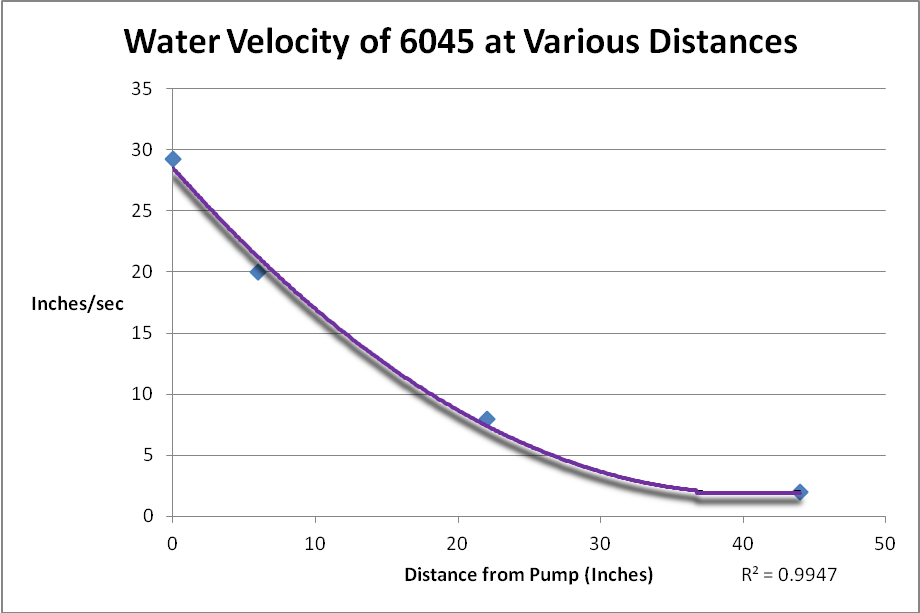 Figure 9. The 6045 (with the throttle towards the discharge) is a powerful little pump. 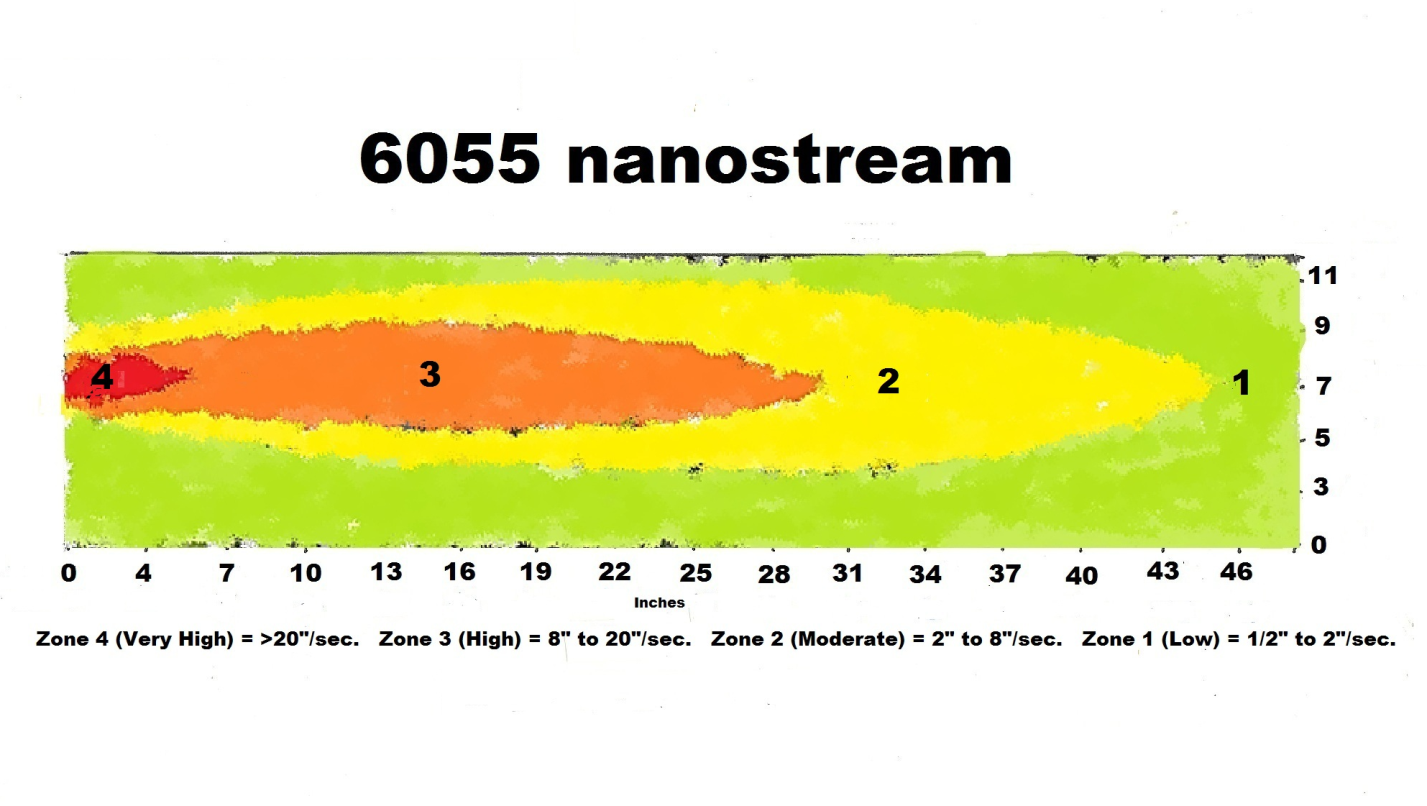 Figure 10. Visualization of water flow velocities of the 6055 nanostream. 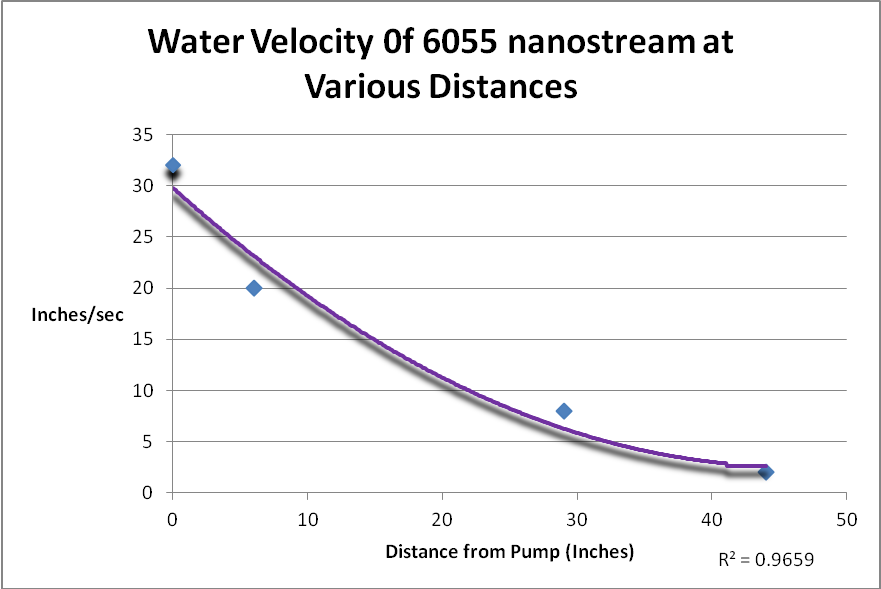 Figure 12. The most powerful tunze nanostream pump tested – the 6095. 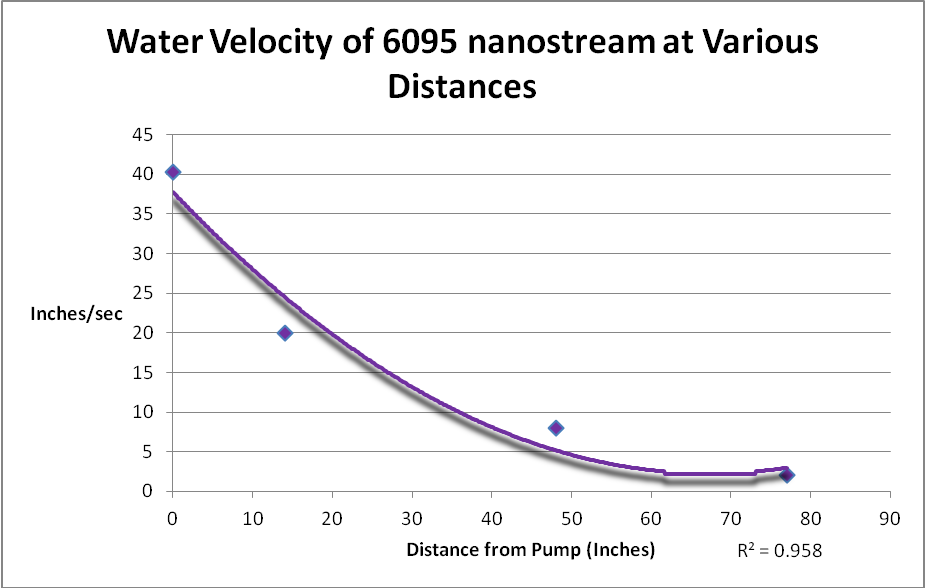 Figure 13. The 6095 is the most powerful of the nanostream series. 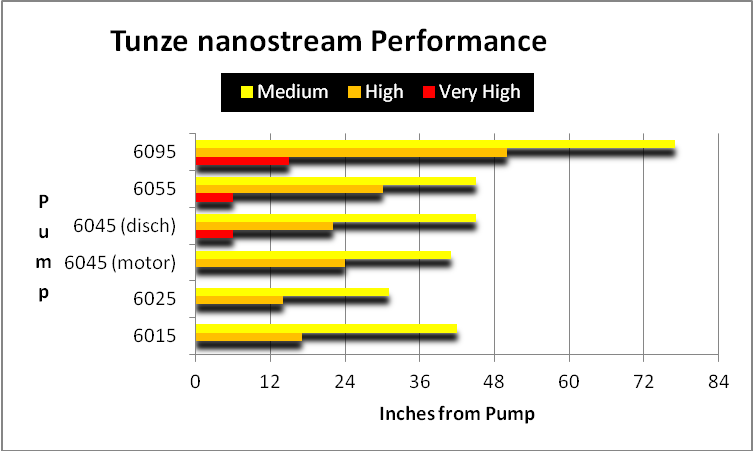 The nanostream series offers a variety of options for hobbyists. Interestingly, the pump motor’s wattage does not necessarily indicate the degree of performance.

An aquarist must first determine the requirements of the captive invertebrates. This could include close observations of other aquaria and reading aquaria (or scientific) literature. An in-depth analysis of requirements is well beyond the scope of this article but general guidelines can be offered. Non-photosynthetic corals (such as the stony coral Tubastrea and soft corals of the genus Dendronepththya) will probably require very good water movement in order to facilitate feeding. Coral tentacles would show some movement – larger polyps should move as wheat in a field while smaller polyps should ‘ripple’ in the flow. This may require some work to find the ‘sweet spot’ – if water flow is too low, the coral will eventually not extend its tentacles at all (some researchers believe the energy required to keep polyps extended for food capture in low flow is greater than the energy required to keep polyps contracted, and the coral responds with energy conserving measures). On the other hand, flow that is too great may cause the coral to protect itself through polyp retraction. Bear in mind that some corals do not extend tentacles at all hours and some specialize in day (or night) feeding. Some researchers have described required water motion based on the structure and interstitial spaces of stony corals’ skeletons (called the porosity index). This means a stony coral with widely spaced branches will require less water flow than a coral that has multiple, tightly packed branches. Keep in mind that water motion requirements will change as corals grow (especially some of the SPS corals such as Acropora species). And while on the subject of Acropora specimens, I have wondered if reports of branch tips losing tissue could be due to them growing into areas of strong water flow. With that said, using the information above, we can make further general recommendations.

Manufacturers often recommend minimum/maximum tank sizes for their pumps based on gallon capacity. tunze owns an electronic flow meter and bases their recommendations on actual data; however, the type of tank (fish-only, reef, etc.) is not specified. When discussing tank sizes in this article, the following dimensions will be assumed for tanks of the following capacities:

It will be assumed that a fish-only aquarium will require the least amount of flow/velocity while a full-blown reef aquarium stocked with numerous stony corals will require the most (although the same could be said for a tank containing non-photosynthetic corals require strong water motion is required to facilitate food delivery). However, resist the temptation to utilize the largest pump available – this can result in some really odd flow patterns in an aquarium. More is not always better.

It appears that the water velocities produced by these pumps is more than adequate for the smallest aquaria applications recommended by tunze (that is, 11 gallon size for the 6015, 6025, 6045, 6055, and 26 gallons for the 6095). For the largest aquaria recommendations (53 gallon size for the 6015 & 6025; 132 gallons for the 6045, and 264 gallons for the 6055 and 6095), the velocities seen at the most distal point possible from the discharge of the pump will be in Seben’s low range of 2″ or less per second). This might be fine for fish-only tanks or reef tanks where careful selection of invertebrates tolerant of low water velocity has been deliberate. More than one nanostream pump will be necessary to provide adequate circulation in larger tanks. Use of the information provided on each nanostream pump (above) should help in your decision-making process.

This information is reflective of tunze equipment available in January, 2012.

Questions? Comments? Leave them in the Comment section below, or, for a quicker response, email me at RiddleLabs@aol.com.