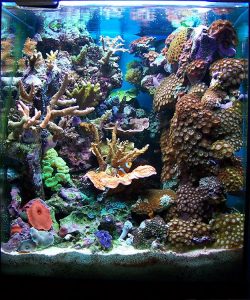 On January of 2003 I started my biggest dream which was to have a marine aquarium. I began with a 25 gallon tank that I wanted as a fish only system. My first coral was a palythoa polyp and with it started my passion for corals.

(Editor’s Note: more photos of Ignasi’s aquarium can be found in this article’s [photo album][aquariumalbum/].)_

Six months later I upgraded tanks to a 50 gallon and after that I upgraded again to another of 75 gallon. During those two years I’ve learned many things. But because I had to move to another house, I was forced to disassemble it to smaller tank of only 16 gallons. That was the moment to put into practice all my knowledge. Obviously I had too much rock, too many corals, too much equipment, etc., and it allowed me to shuffle through everything and to choose the best for my new system. 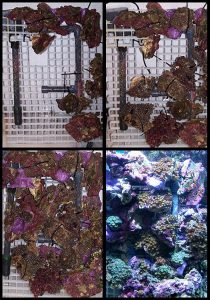 Once all of this was ready I prepared my new small tank. I took the water, structures, and the mature sand. Later I put in the SPS.

The first step was to decide which corals to take and which to reject. I chose my “dears” zoanthus and my SPS. All should be the best for them. I had to keep in mind that they never can contact one to another to prevent burns. Because of that each species occupies one side of reef tank.

To mount the aquascaping, I used plastic reef racks. First I took a big piece and started to hold the Zoanthids with bridles and epoxy making a waterfall of colours. This assembly was made before the change to a 16 gallon tank. I did the same for the SPS. 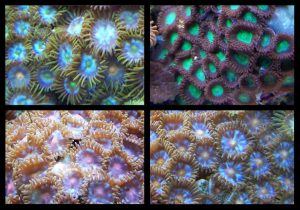 This point was the most difficult goal to me. What would be better to do? Use MH of 150w, 250w or 400w? I want my SPS to remain in perfect condition and maintain their great shining colour. But I knew that zoanthids would not tolerate that intense lighting. Because of that, the MH idea was refused and I decided to use PC’s (I choose 4x36w).

When the moon is in it’s full phase I turn on two blue led’s (only one night). 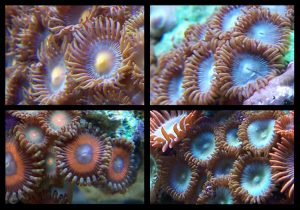 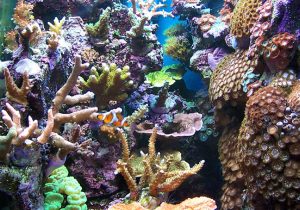 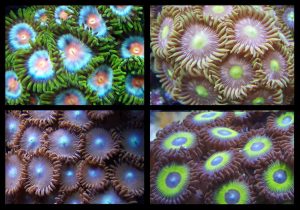 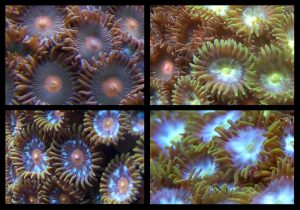 I thank for all the people who have made possible my great dream, specially to: Delvl (davidlove), Dani de Granada, Gizvo, Toni Cid, Pedro Siles, Manuel Barea, Dani Arnanz and to the forum of drpez to hold my beatings and specially to my girlfriend Mireia and family for her patience.

For more photos and information, head over to Ignas’s website at http://www.webdummies.org/www/reefdesign/nano/ 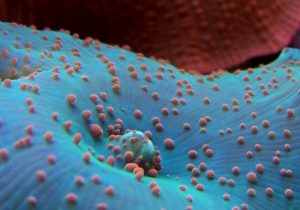 Lateral Lines: Delicatessen Part I: Creating A System For Rare And Delicate Animals