I was introduced to marine side of aquariums purely by accident. I had ordered myself a new Dennerle 30l nano aquarium with all the equipment to make my own “amano-nano” as I wanted to try something new with an aquarium. By this time I already had 3 TOTMs at cichlid-forum.com (1 malawi and 2 SA tanks). However, I was sent only the tank and some very basic essentials such as a nano-thermometer, etc.  So now I had a whole month of waiting ahead and browsed through the internet for ideas and inspiration. All of the sudden I found myself at nano-reef.com and needless to say, all the freshwater nano equipment was later sold, still unboxed. 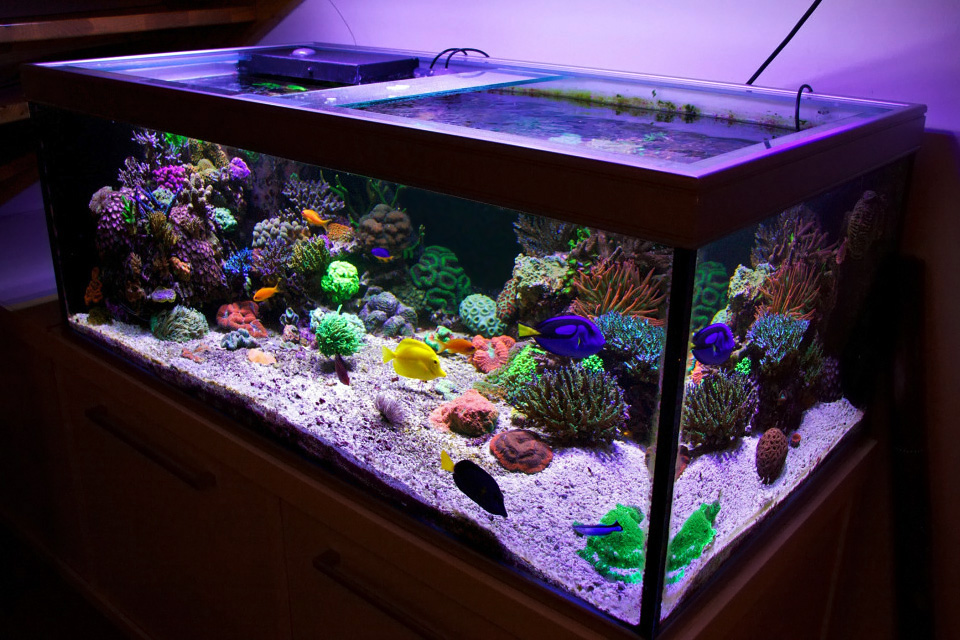 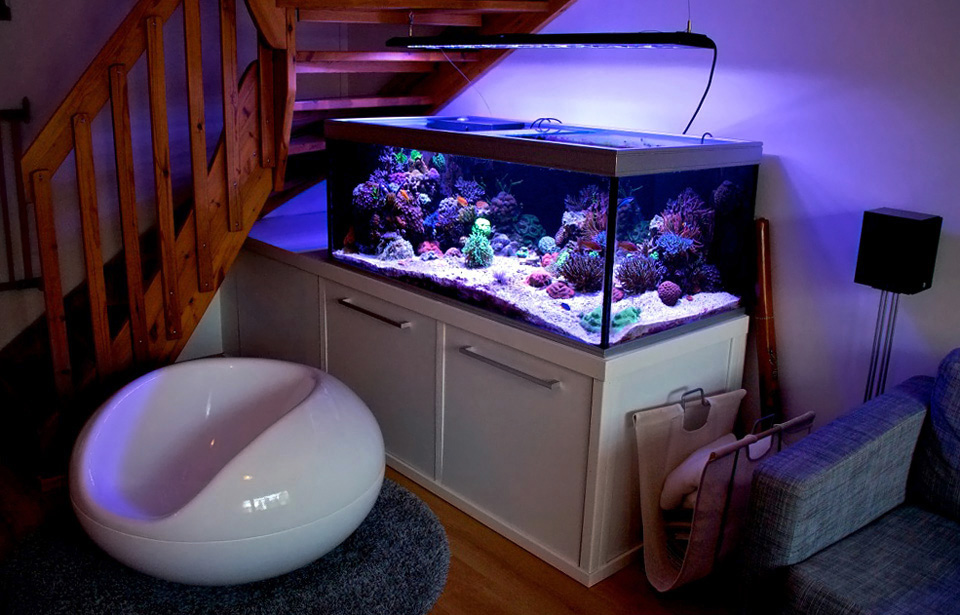 My reefkeeping started happily with that 30l nanocube.  However, my appetite wasn’t quite satisfied with this tank so a few months later I transformed my 225l SA cichlid / panaque pleco aquarium into a reef with HOB skimmer and a 6-bulb ATI T-5 fixture. This tank was sailing smoothly for well over a year until I decided to go all out with saltwater. I sold my 430l FW angelfish tank to make way for a custom 140x70x55cm, 570l (150 US gal) tank. And now just over year and a half later I am honored by the request to be featured here at Advanced Aquarist.  Seeing many of the past feature tanks this is truly a honor. 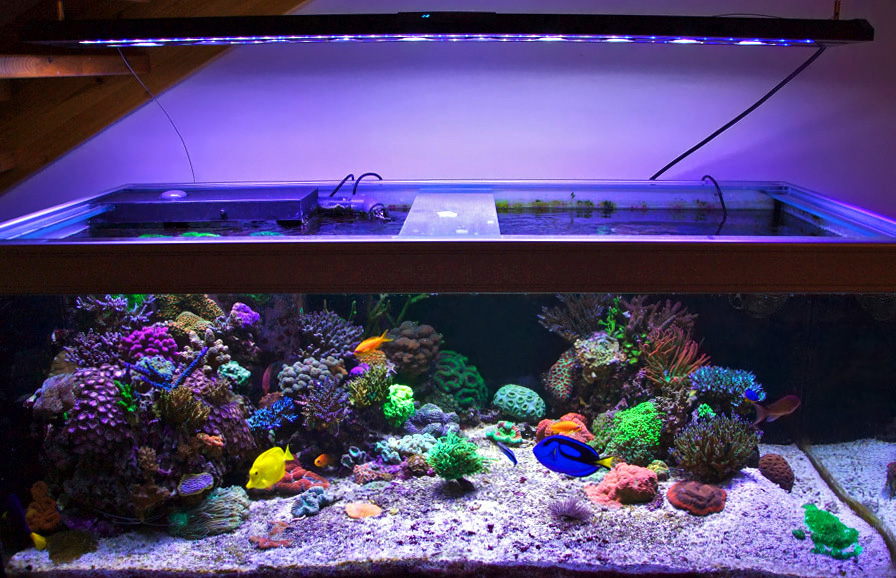 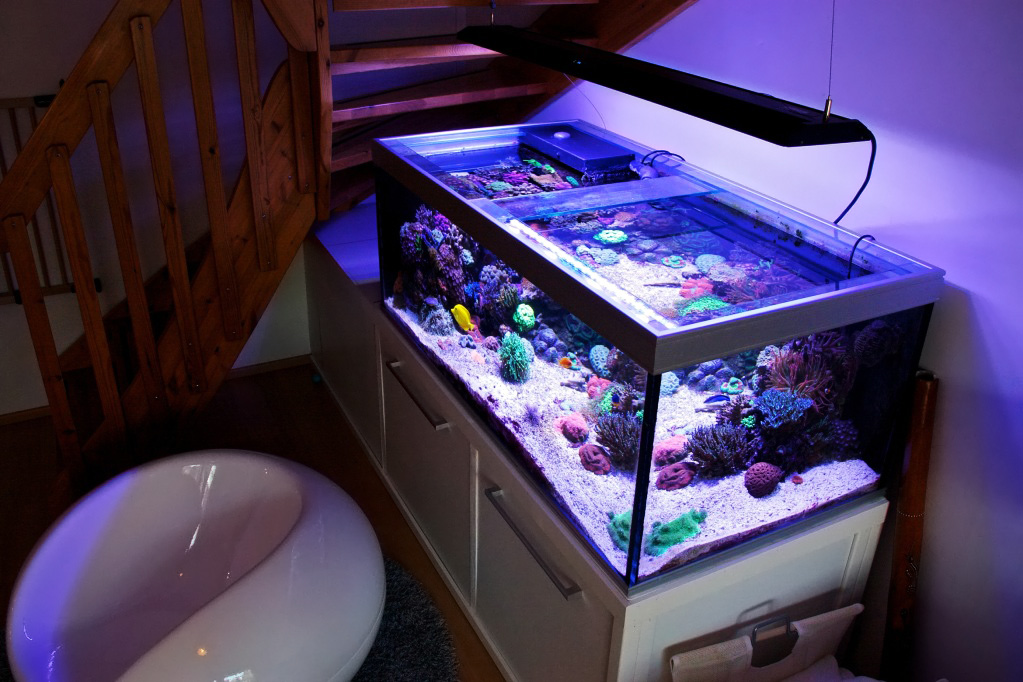 Philosophy Behind My Tank

Having a laid back and borderline lazy personality, aiming for maximum growth (or maximum anything, really) has always been out of equation for my part. For me, this is more about pure aesthetics and providing the best care for the animals depending on me while not forgetting about passing down the respect for nature and its diversity.  Naturally, the corals grow and need pruning every now and then, but that really isn’t a goal in itself but more of an indicator of doing things correctly (or close enough). 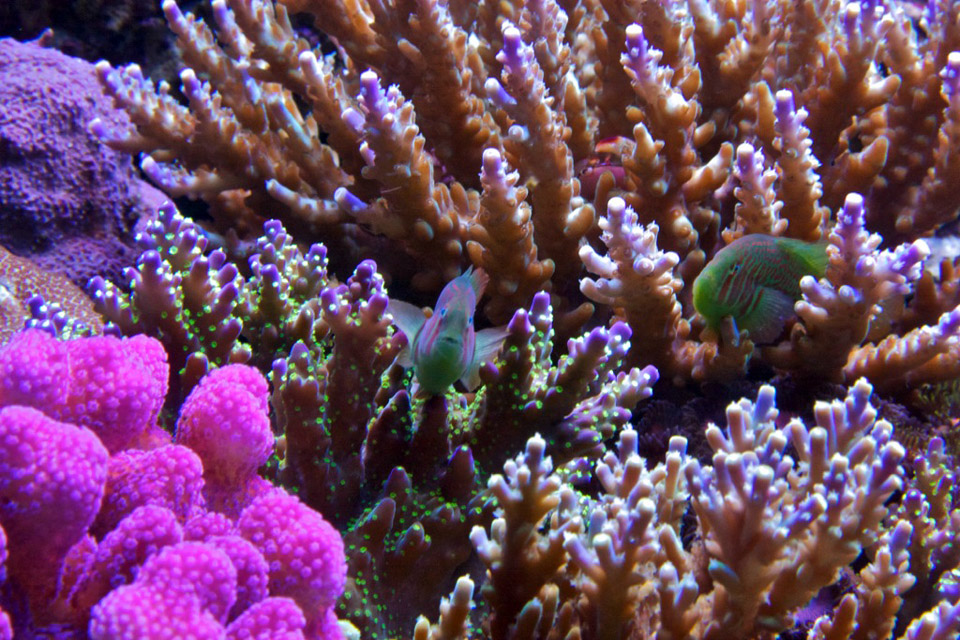 Apart from the tank itself, most of my equipment has been purchased used or other cost-effective source. Stream pumps and lighting are from other tank tear-downs, sump tanks and ATO reservoir are from a closed-down LFS, etc. For me this has been a great way of upgrading and streamlining the system as it has shaped up during its existence.

Even after my two previous reef tanks, I didn’t have all my wishes and goalscompletely sorted out.  This tank has given me a great opportunity to modify my equipment accordingly.  As an example of my evolution, take my cryptic refugium zone. My tank is placed partly under the stairs leaving little to no useful space on its left side.  I thought about extending the cabinet all the way under the stairs but thought it impractical to keep heavy salt buckets etc in such confined space.  So I plumbed in there another tank divided in two compartments. The bigger section is filled with live rock and sponges serving as a cryptic refugium to add filtration to the system and to preserve microfauna. The smaller section functions as a ATO reservoir refilled with a pump and hose so the lack of workspace isn’t an issue. 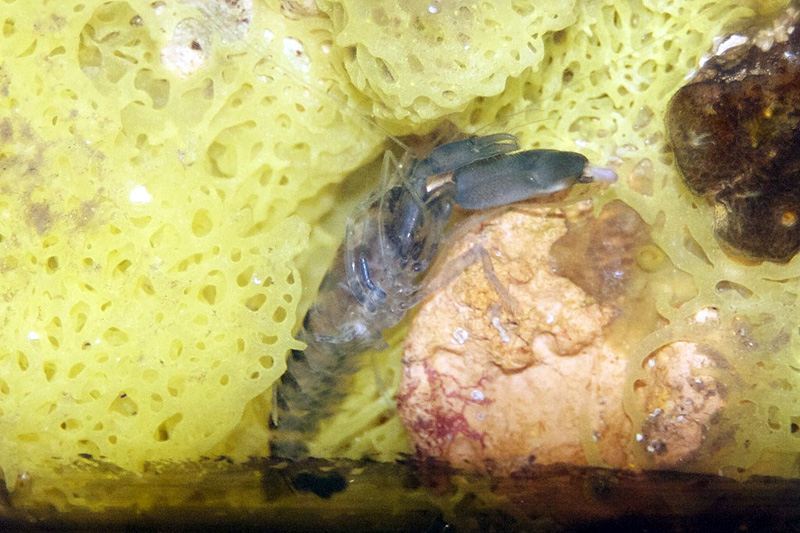 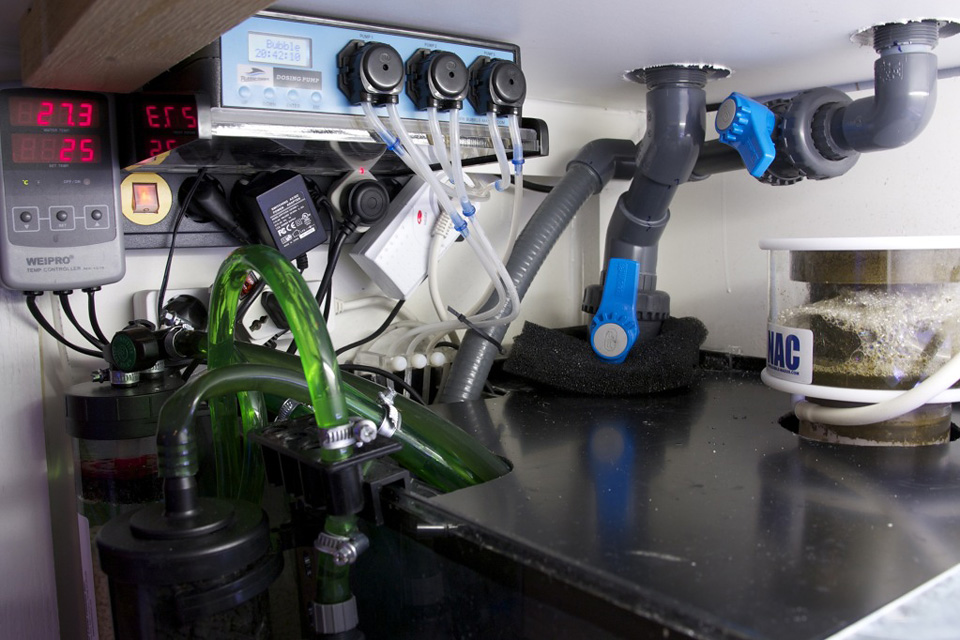 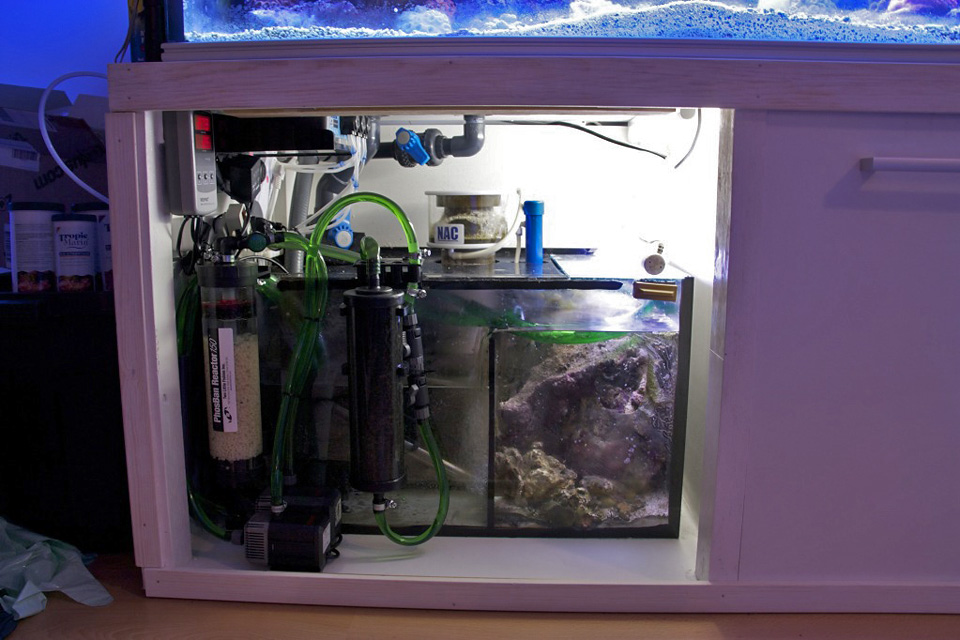 From the start of this tank, I’ve maintained pretty much same routines all the way:

Feeding 0-3 times a day with pellets, flakes and/or frozen Omega One and Ocean Nutrition foods to keep diet varied. 1-2 days per week without feeding. Also, quick check in the cabinet to see temperature is within range and everything is working properly. Clean pumps as necessary.

Change out the activated carbon and PO4 remover from reactor. Prune macro algae in refugium.

Water chemistry has been stable during the past one and a half years with the use of “Mg enriched” kalkwasser and very frugal balling dosing (80ml/liquid/day) resulting in steady growth even with relatively dense SPS population. Also, since biopellets were introduced, my nutrient levels have dropped down to insignificant levels allowing for more generous feeding routines.

I recently changed from T5 (8x54W) to LED lighting and so far I’m very satisfied with it both for coral coloration and tank temperature. 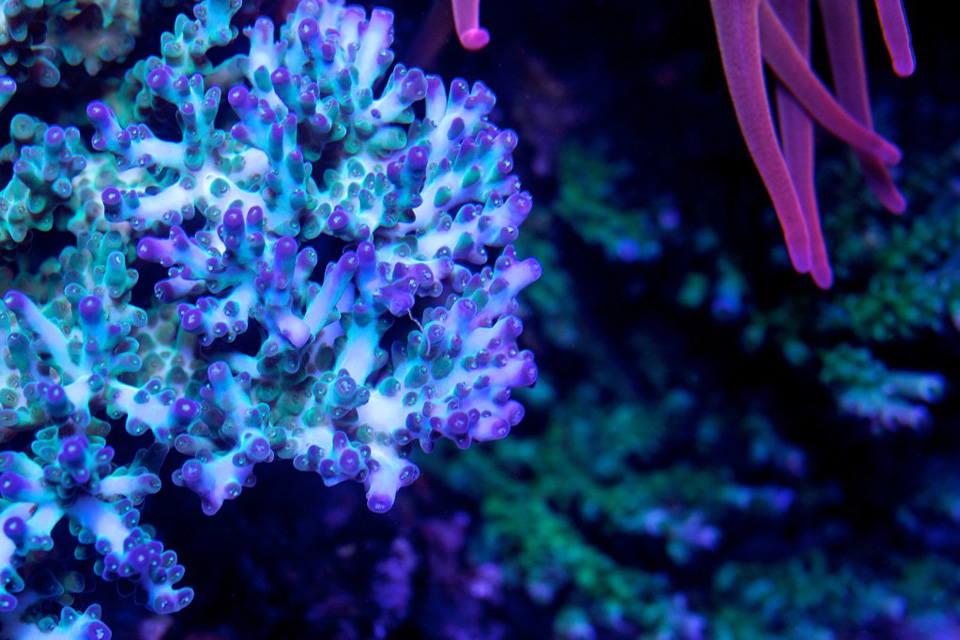 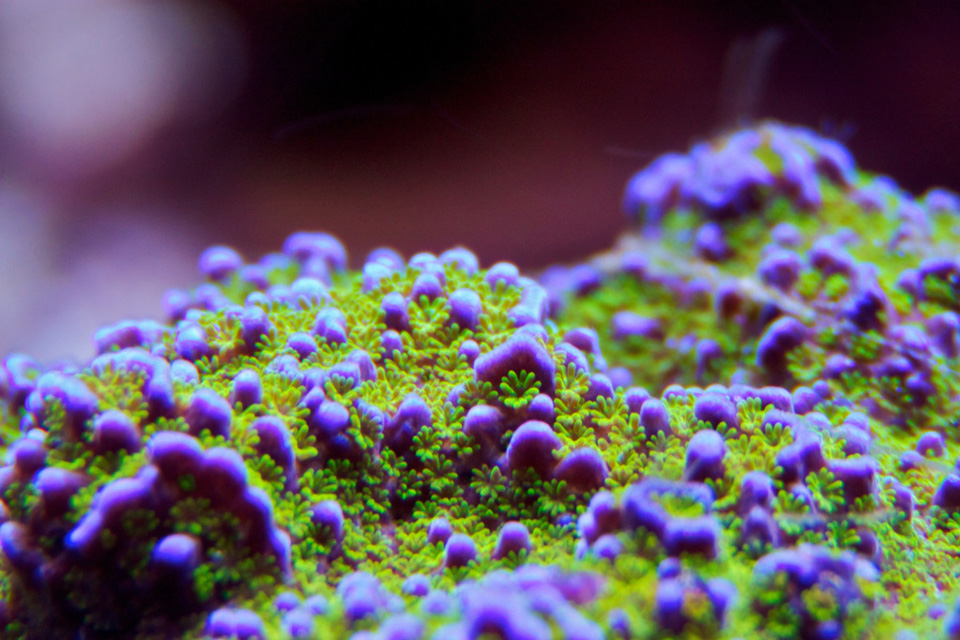 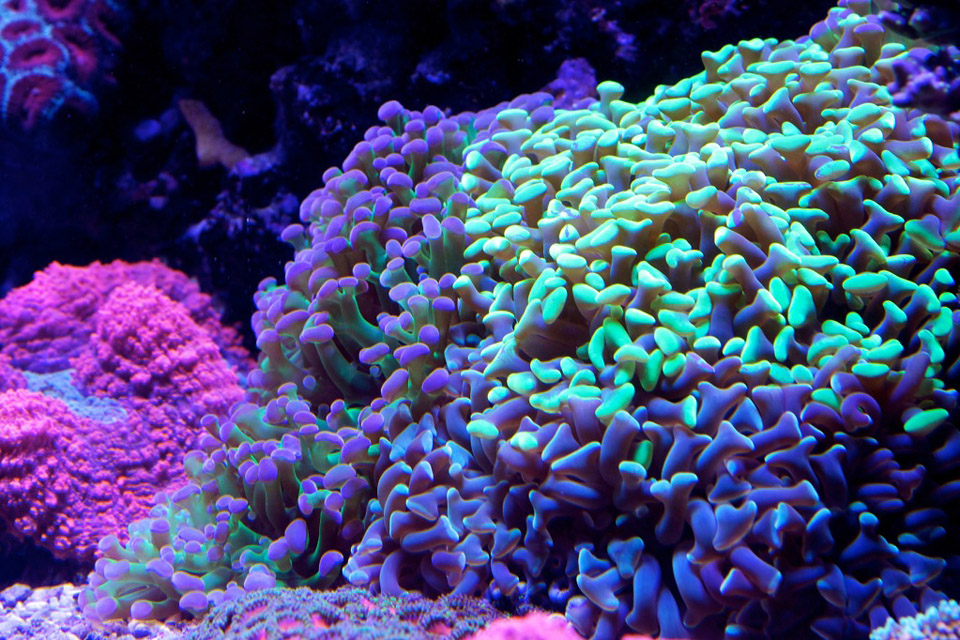 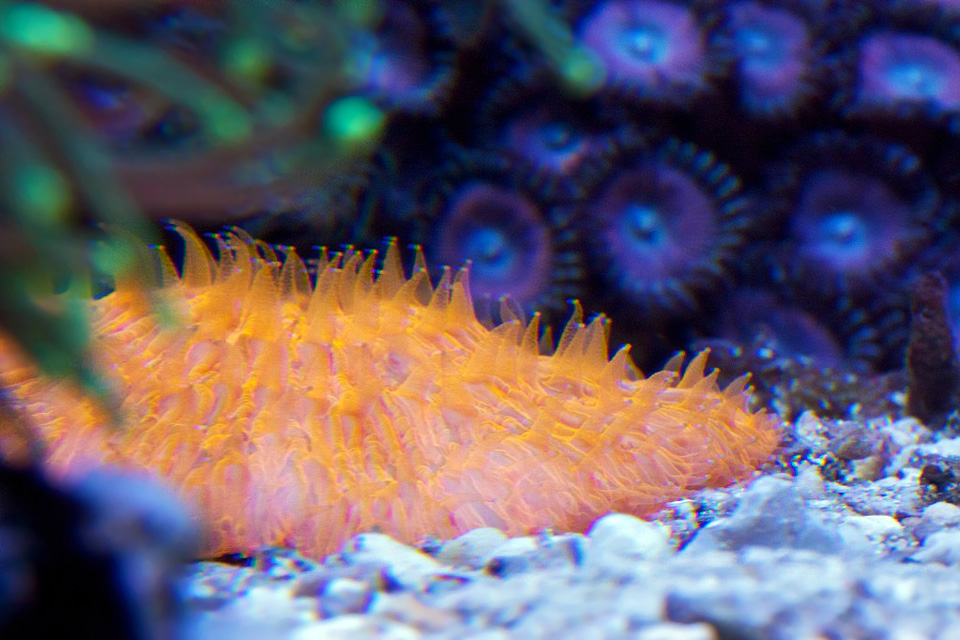 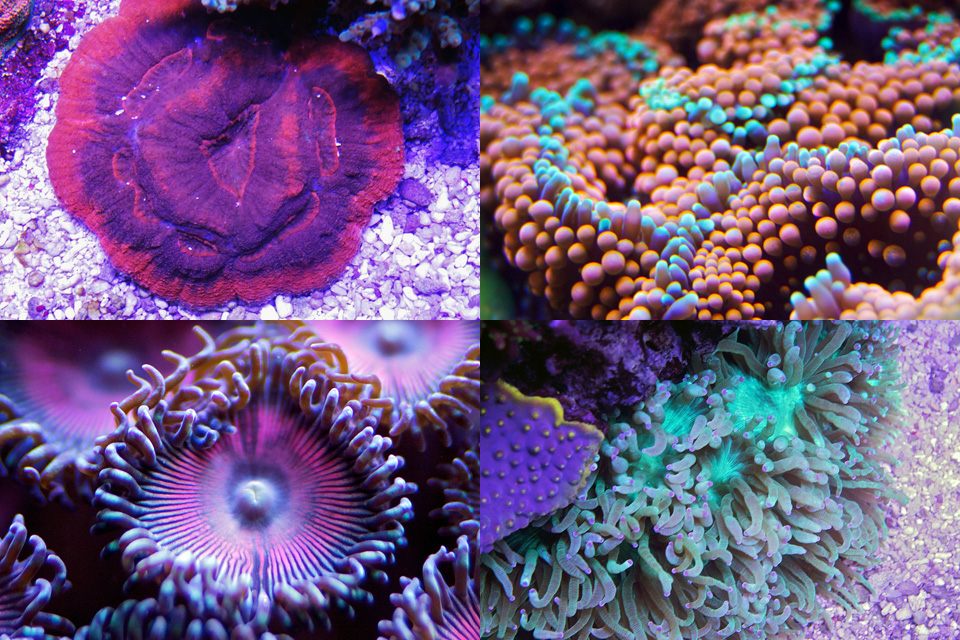 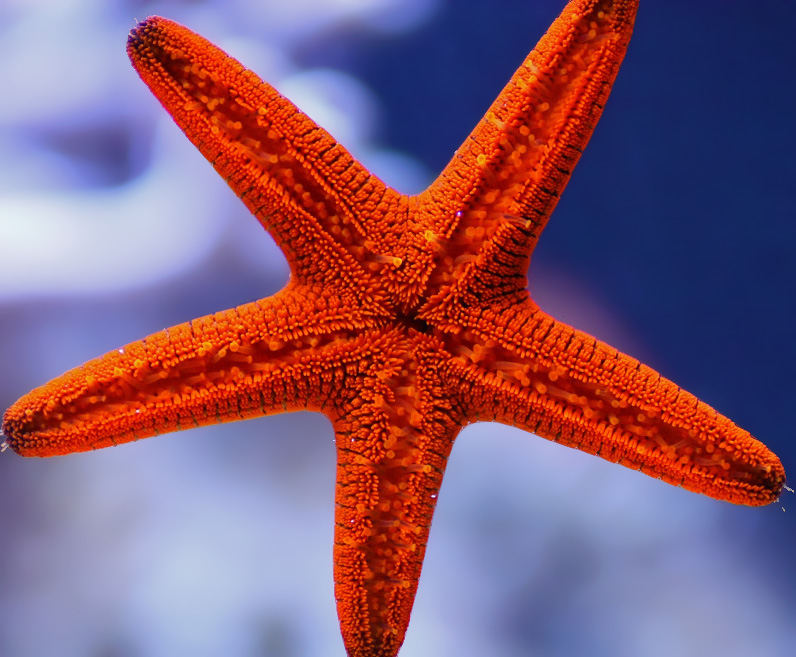 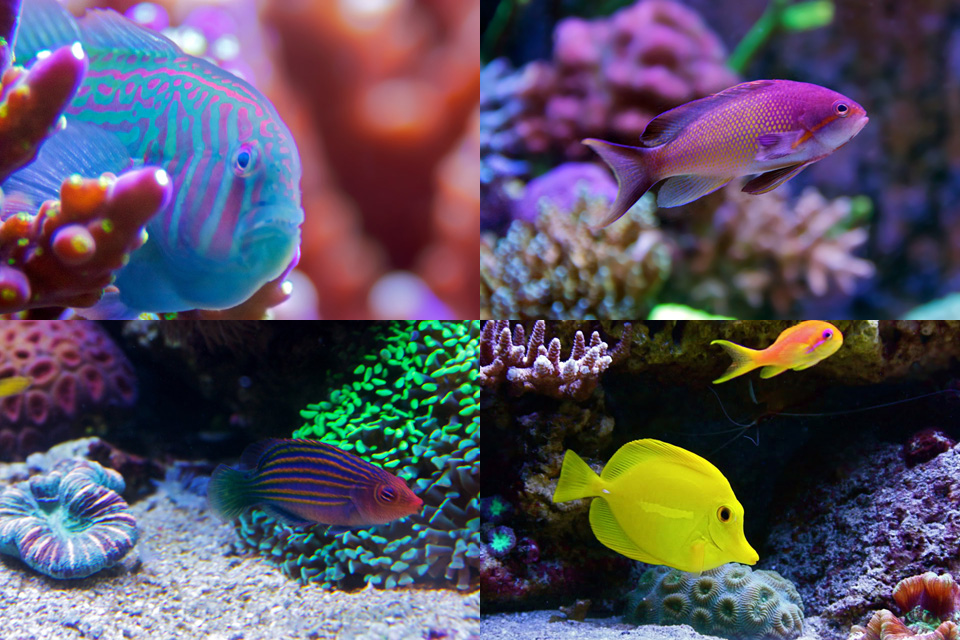 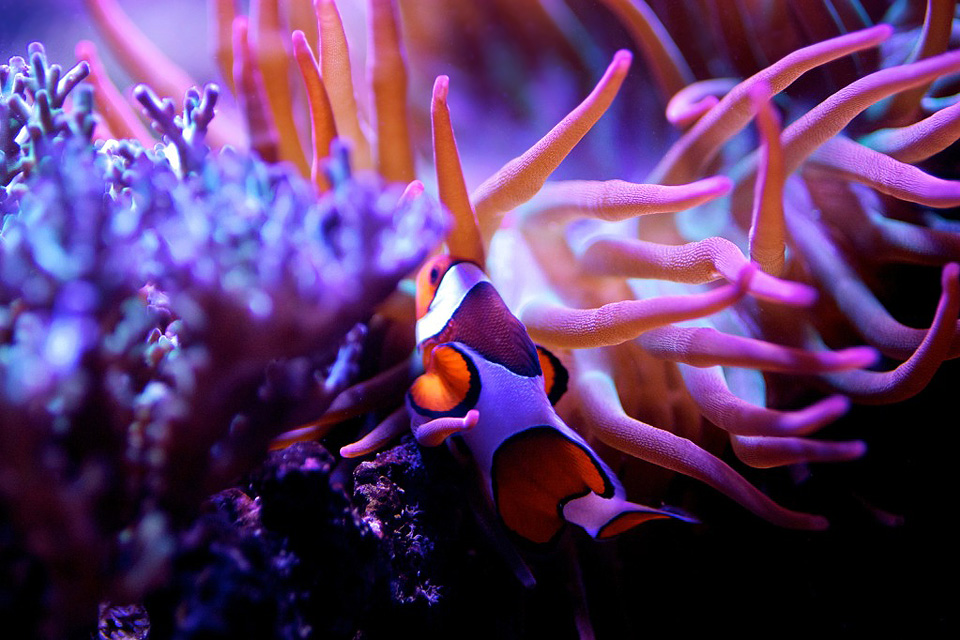 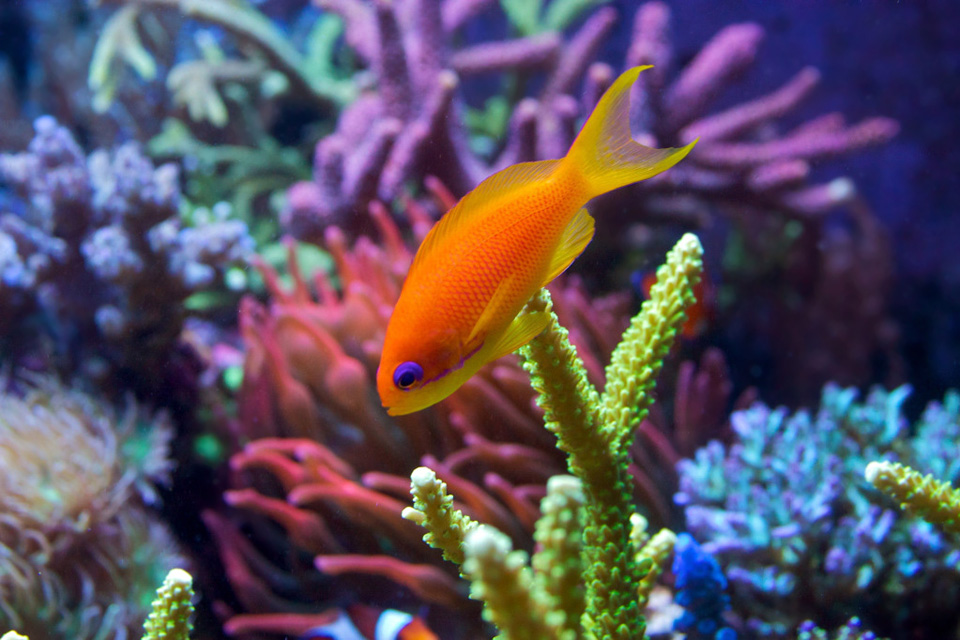 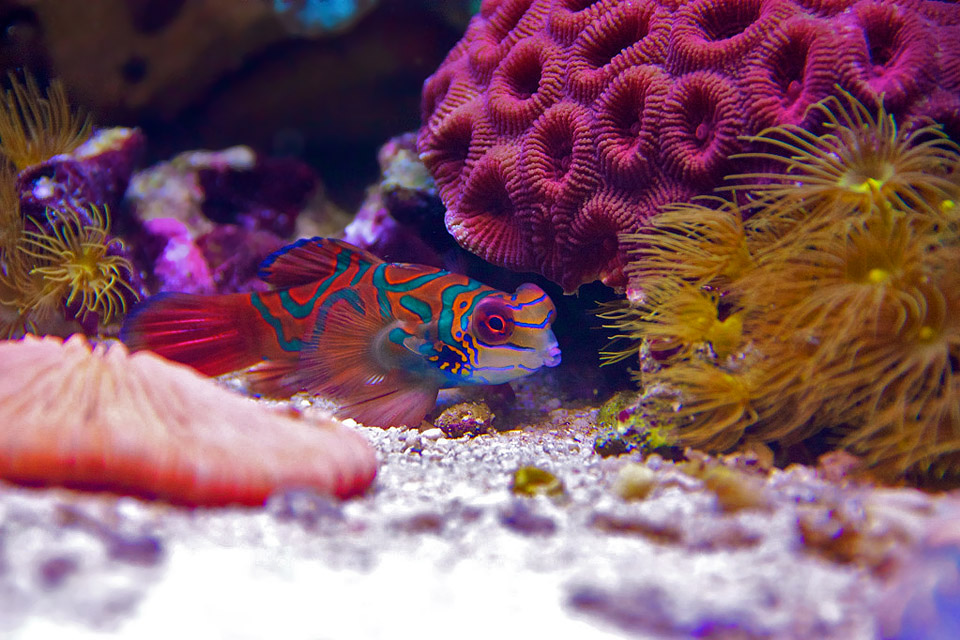 I am very satisfied with the progress of this tank while still being somewhat concerned on whether I can manage to keep such a wide variety of growing coral colonies long-term. As I have no aspirations of going any bigger, it’s just some species may have to go and give way for others to thrive and grow towards their LED sun. Whichever way things go from here, I wish that my somewhat humble setup manages to give inspiration for someone out there looking for ideas just as I was amazed on how such small tanks could mimic parts of the Red Sea and Indo-Pacific.

I would like to thank the staff and members of aqua-web.fi and nano-reef.com for all the advice and support I’ve received during my time in the hobby and for the inspiration to start with the salty side of life in general. Also, I would like to thank Leonard Ho for believing in this tank already a year back as having potential to be a featured aquarium in Advanced Aquarist. 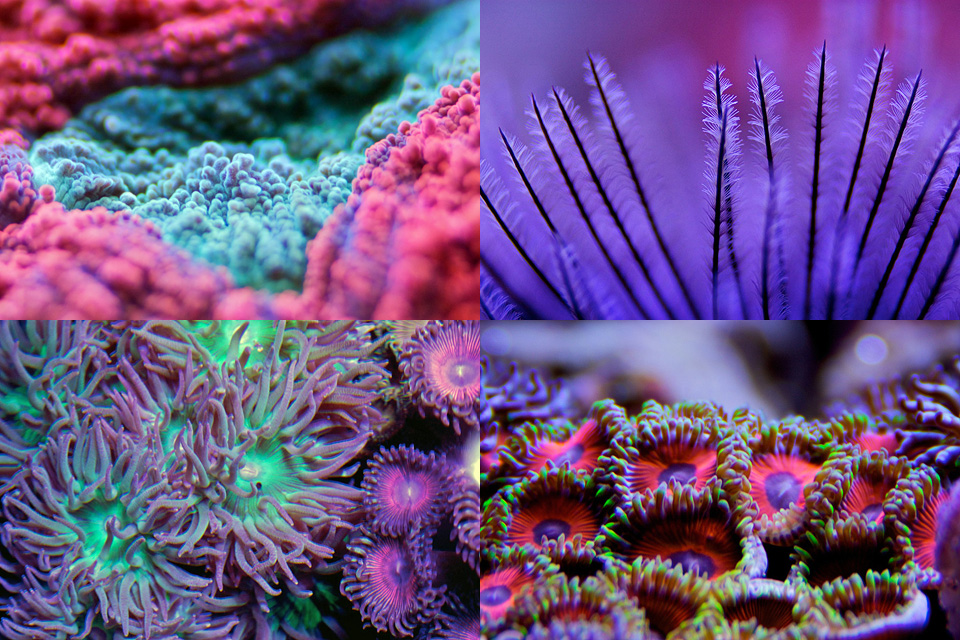 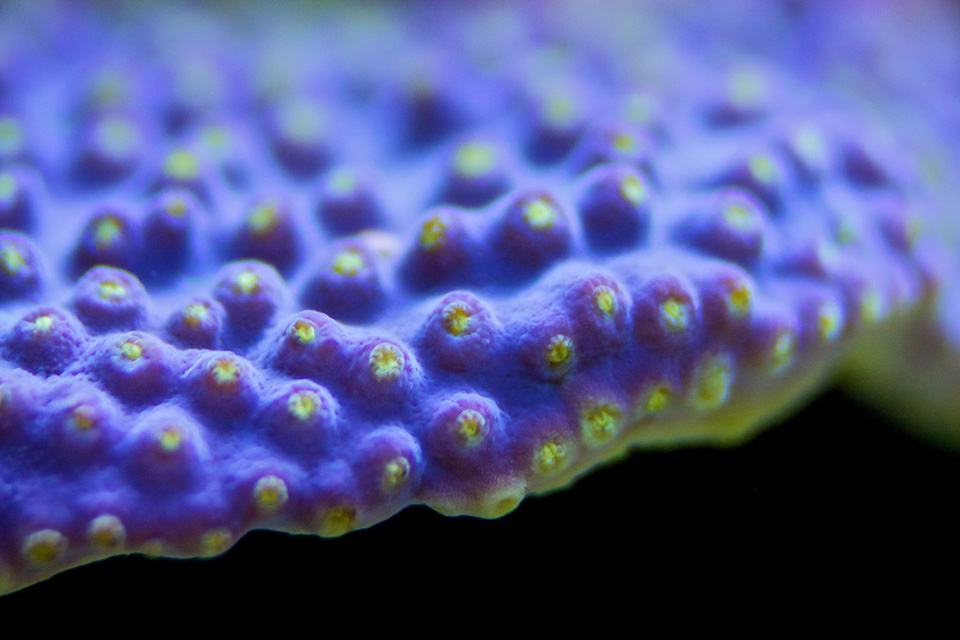 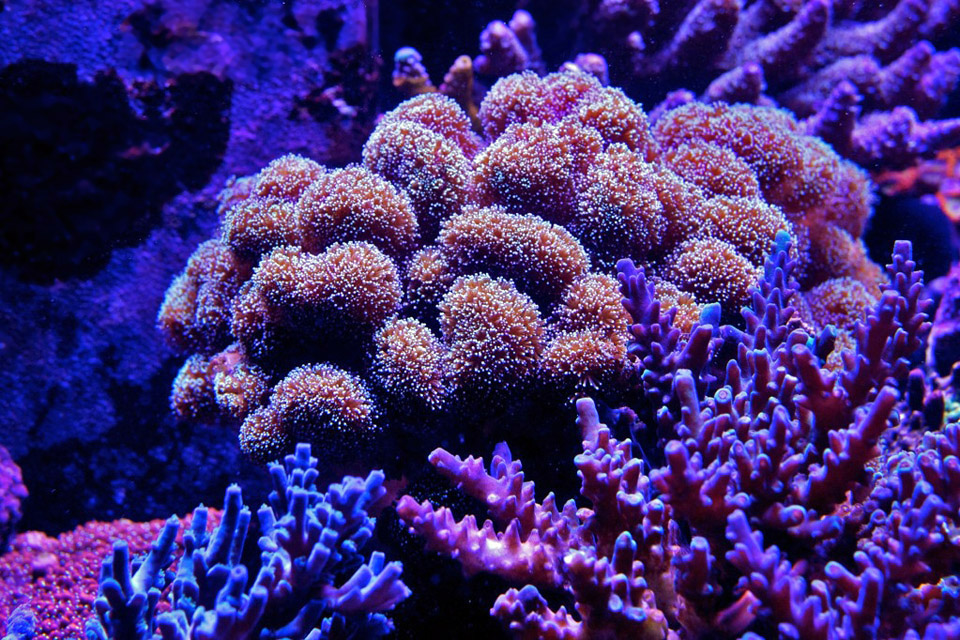 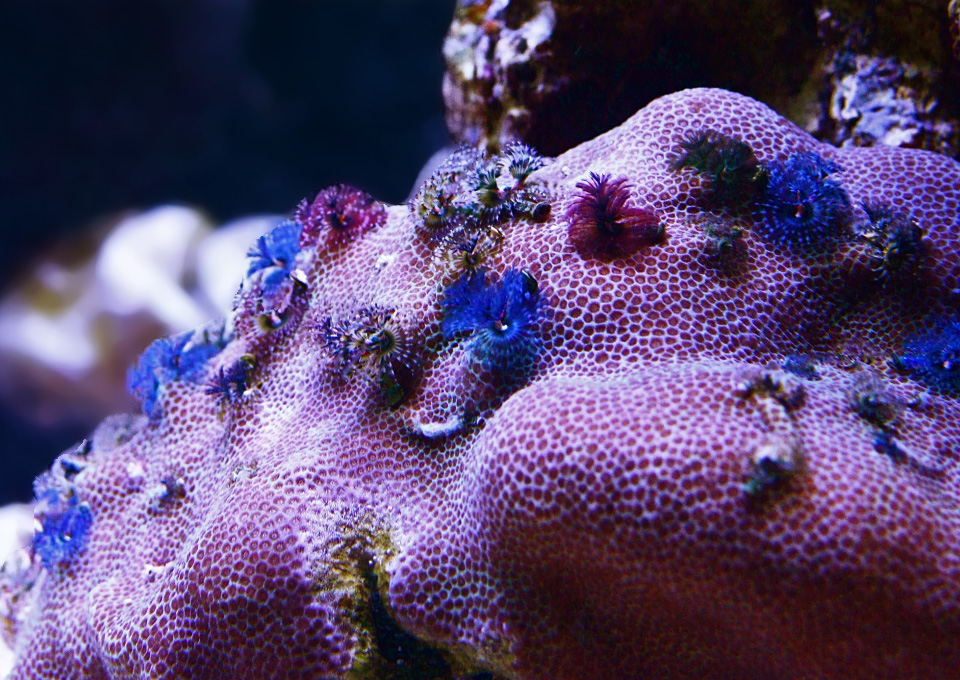