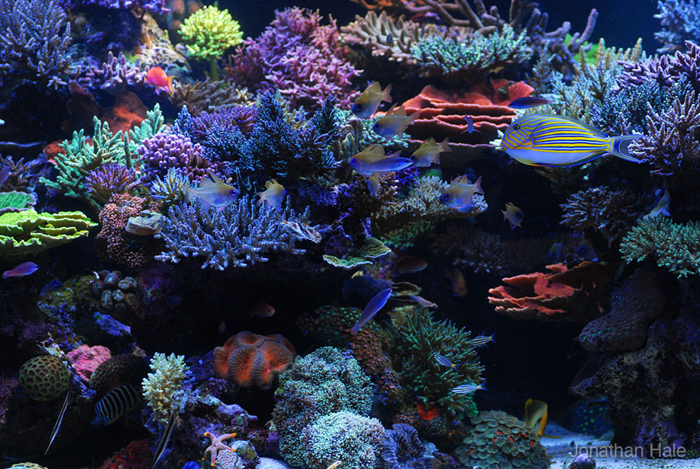 This reef system was set up as the main display in my store Greenwich Aquaria. The original philosophy behind the tank was to keep it very simple. I’m not much of a gadget person, so I didn’t want any controllers or reactors etc.

The concept behind the rockwork (in my opinion, the single most important factor in determining the aesthetic of an aquarium) was to create several coral bommies, which allows for interesting and more natural coral placement, and consequently more natural growth. I also wanted garden eels, hence the deep sand bed. 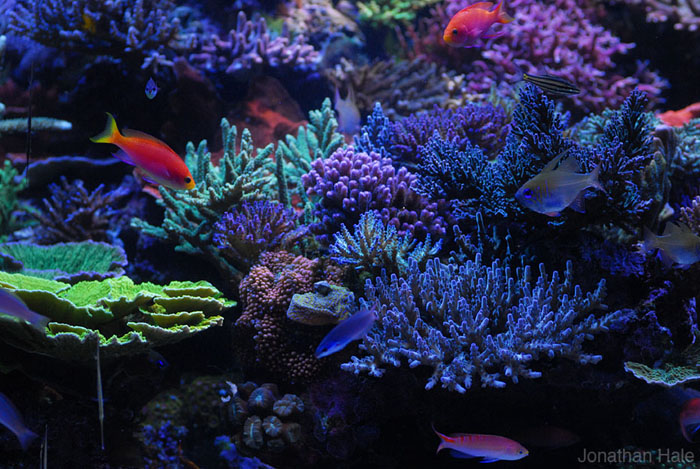 Aquarium:
The tank is a custom build by Aquarium Designs and is made of 1 1/4” thick acrylic. The dimensions are 6’6” x 48” x 36”
tall with a total volume of 580 g. External overflows are built into either side.

Circulation:
The return pumps, are 2 Blueline 100’s plumbed into the sump in the basement below the tank. There is also a Blueline 100 on a closed loop

All returns run through a total of 6 Wavy Seas Wavemakers.

Filtration:
Skimming is provided by a Precision Marine Bullet XL3 run by a Sequence Hammerhead. For chemical filtration I run Pura Complete in a Precision Marine media reactor and once a month I put carbon in one of the micron socks for a day.

I also dose Elos Omega amino acids and once in a while I’ll dose iodine, and once every two months or so, I’ll do a water change with Tropic Marin salt– No real theory behind that one, I just have a feeling that it’s beneficial.

The above is able to reliably maintain the water chemistry at the following levels:

Feeding:
This is a heavily stocked system and is fed the following throughout the day: 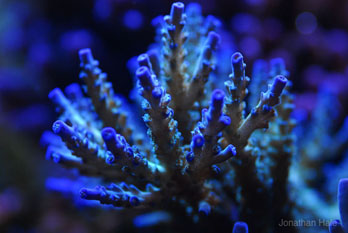 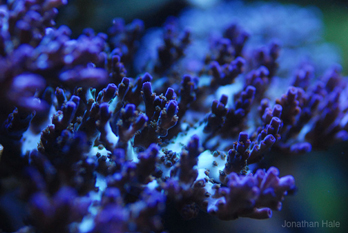 The animals in this system are numerous and varied but SPS corals like Acropora species (about 50), Montipora and the like predominate. There are a few assorted LPS corals including Gonipora, Echinophyllia, and various Corallimorphs, Clavularia, and Zoanthids though these are rather limited due to the culinary inclinations of a regal angel (Pygoplites diacanthus) and multibanded angel (Paracentropyge multifasciata).

The fish population is a somewhat eclectic mix. In addition to the aforementioned angels, there is a large clown tang (Acanthurus lineatus), a coradion butterfly (Coradion chrysozonus) and a marginalis butterfly (Chelmon marginalis), a pair of Harlequin filefish (Oxymonacanthus longirostris), around 20 garden eels (Taenioconger hassi), different pipefish (Corythoichthys haematopterus, Doryrhamphus janssi, Dunckerocampus pessuliferus), clownfish (Amphiprion ocellaris and Amphiprion perideraion), and a variety of anthias, cardinalfishes and assorted blennies and gobies. 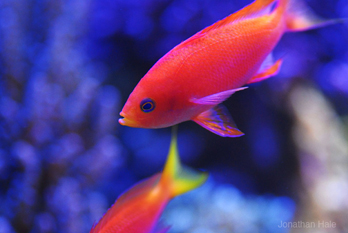 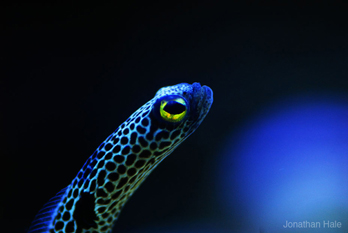 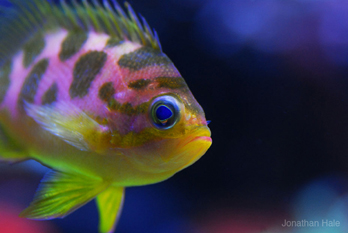 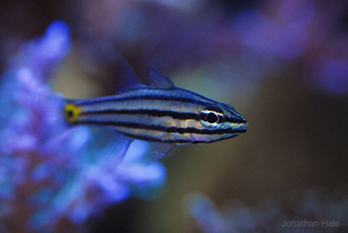 Perhaps my favorite inhabitant is my gloriously healthy Heteractis magnifica anemone a gift from my friend Joe Peck whose own specimen split affording me the opportunity to try my hand at keeping this fantastic animal. 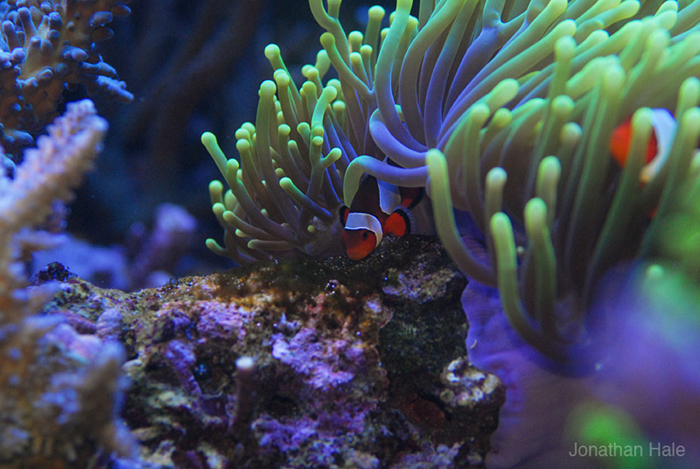 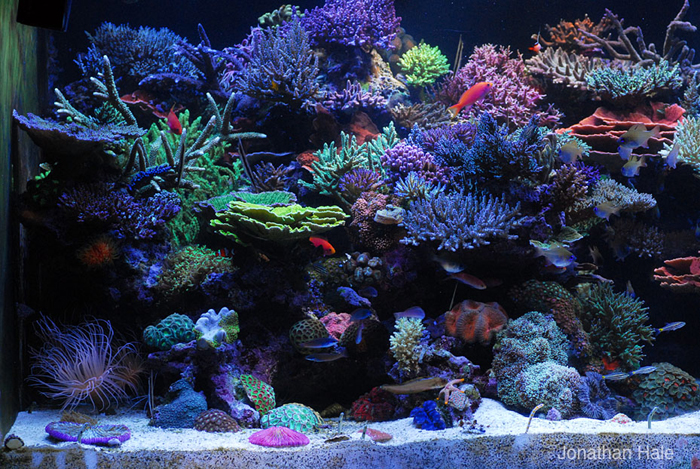