By Dominick Cirigliano with Chris Martini

The activities of reef-keepers may be esoteric, but rarely are they misunderstood as criminal. When I met a fellow reefer recently, the public exchange of cash for some of my cultured amphipods, macroalgae, and phytoplankton seemed perfectly lawful to me. Unfortunately, the rendezvous aroused the suspicions of those who happened to be monitoring the area. In committing this transaction in front of my Manhattan apartment building, my friend and I had unwittingly set ourselves up to be busted by the NYPD. 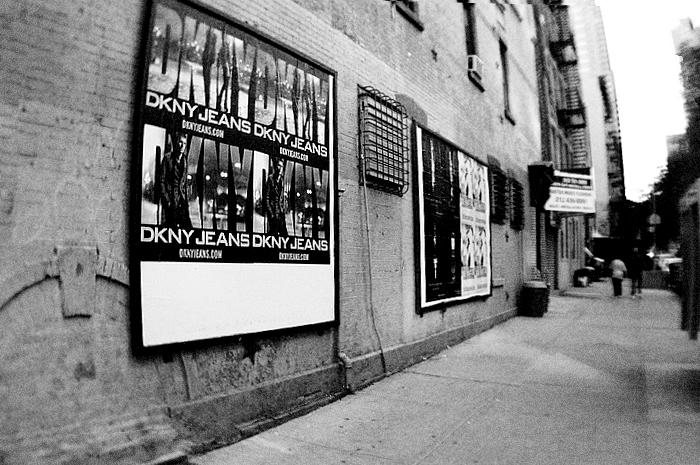 The scene of the crime.

I was unaware of being watched when I greeted my fellow reefer on the sidewalk and gave him, for inspection, the plastic bottles I used to store the goods. I described the contents of each container, which he found to his satisfaction. After the deal was settled, my associate headed off with his purchase; I was ready to go back into my building. As I walked back towards my building, a man ran up to me and blocked my path. He was casually dressed; at first I thought he was stopping me to ask directions. I hardly understood what was happening when he suddenly flashed a badge in my face. It seemed the gentleman was an undercover police officer and he was very interested to hear what I had to say about the materials I had just handed off to my friend!

Reasonably, this mistaken situation should have been swiftly resolved. If I have been able to properly explain what the exchange had been all about, the well-intentioned cop should have understood immediately and we should have parted on friendly terms (and with a healthy dose of mutual amusement). Of course this is New York City, and daily life is rarely reasonable. This comedy of errors had just begun. Instead of clearly and concisely explaining myself, I was flustered by the abrupt and severe accusations of the plainclothes officer. My reaction was muddled and I was torn between telling the truth (which seemed totally outrageous) or trying to think of a convincing lie. My nervousness didn’t serve me well. I mean, there’s nothing implicitly suspicious about an exchange between two reefers, but then again it’s something the NYPD probably doesn’t come across all the time. Tragically, no sensible “cover story” occurred to me (I was on the spot, remember?). I am a notoriously bad liar and under continued police questioning, I blurted out that I had just unloaded some phytoplankton.

Phytoplankton? I obviously didn’t consider that bringing phytoplankton into this mess would just weaken my case. I could have made my explanation more reasonable for the officer (clearly unfamiliar with the specialized world of reef-keeping); I could have said it was shrimp; I could probably have gotten away with telling him it was leftover salad. But no: phytoplankton. I am a bad liar and all I had was the truth.

His expression betrayed him. He clearly had no idea what the hell phytoplankton is – and why would he? As one of New York’s finest, he probably didn’t regularly come into contact with the illicit underbelly of the reefing world. The plainclothes officer, either dubious or hard of hearing, asked me to repeat what I had just told him. He didn’t seem to be in the mood for an ecology lecture. I sighed and dutifully repeated that I had been selling phytoplankton. I considered going into more detail and explaining that it was emphatically not crystal meth or pot or any other illegal substance, but in the end I thought I probably shouldn’t give the cop any more ideas. 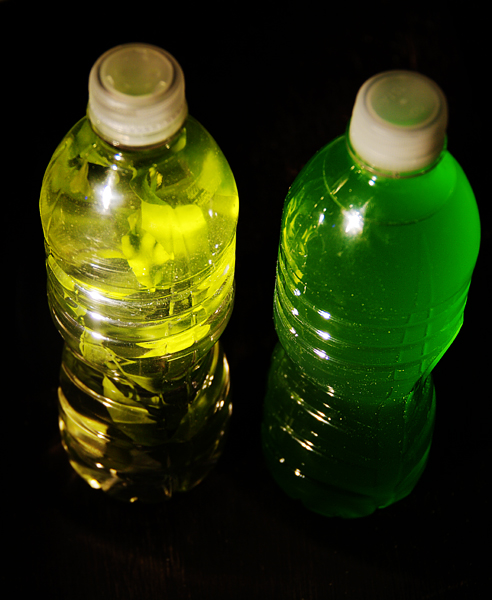 Instead, I did my best to stutter out details that would explain my behavior. When I told the cop about “reefers” my meaning was not related to marijuana or date-rape drugs. Really, my friend and I were only involved with the reef-keeping community, which is an upstanding and rewarding hobby! The cop stared at me blankly and then stuck his radio near his mouth. He wasn’t amused by my incoherent ramblings, which even included a brief tutorial on the uses of phytoplankton. It became clear he was in radio communication with a partner who had followed the other suspect from the scene of our exchange. Worst-case scenarios raced through my mind. How much more complicated was this going to get before everything was straightened out?

Well, I wasn’t arrested. Actually, things started to turn around. The plainclothes officer’s partner reported via radio that my friend did not seem to have been the recipient of anything but some bottles of smelly seaweed stuff; whatever it was, it wasn’t what these officers were looking for. The undercover sting operation seemed to be off. My cop scowled and sounded irritated when he looked at me and said, “You know what it looked like you were doing, right? What was I supposed to think, in this neighborhood?” I shrugged. I didn’t feel the need to apologize; I really didn’t want to say anything because I think if the officer heard me blurt the word phytoplankton again he would have found any excuse to make my day even more complicated. He stared at me furiously for a moment and then turned and stormed back to the parked van where he had apparently been watching the reef deal. 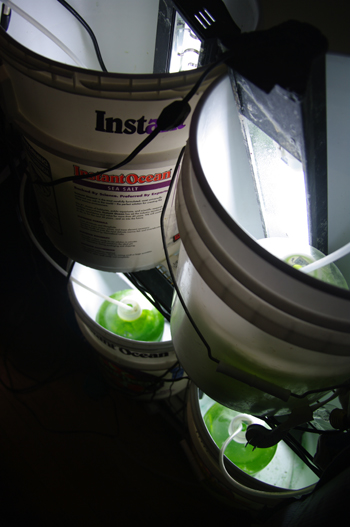 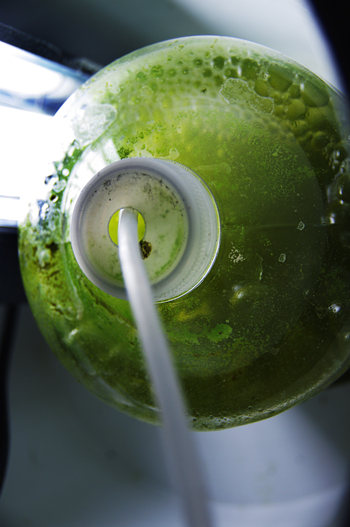 Production of the “stuff.”

I like to think that the plainclothes officer was subjected to friendly teasing by his colleagues for letting a dangerous reef-keeper off on a technicality (or something like that). Maybe the NYPD officers involved in this bust scratched their heads and wondered why someone would be selling weird seaweed stuff on the street like that in the first place. It’s likely the confrontation was soon forgotten; it was probably one of the least bizarre things they had to deal with that day alone. In retrospect I understand the comedy of the experience and realize that, considering what our behavior looked like to them, the NYPD officers were just doing their job (which I earnestly support). The lesson learned in this instance is that the general public is just not ready to understand the intricacies of reef-keeping. The careful reader is advised to protect themselves by engaging in all reef-related transactions in private!