Fish Tales: Life Behind the Glamour 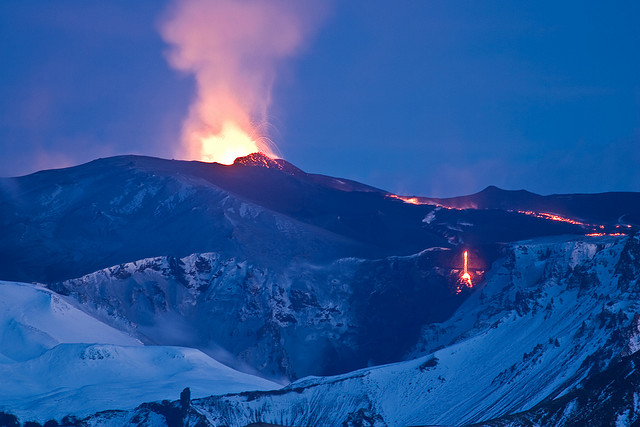 Ah, the delights of all expenses paid international first class air travel. Savouring the extra legroom. Food that doesn’t resemble something you’d buy in a pet store–all washed down with a glass of fine champagne, whilst being tucked in for an overnight nap by a pretty air hostess who’s at your beck and call from the moment you step aboard. When you land and get off the plane, your chauffer greets you with an open door, puts your luggage in the boot of the limo, then it’s off to a 5 star hotel where you spend the rest of the evening working on your presentation before delivering it to your adoring reefing fans the next morning and picking up a huge paycheque at the end.

“Hello….wakey wakey…. can I squeeze past you to go to the toilet please mate ?”…”Oh, err, yes sure, sorry”. I get up out of my seat with sore eyes from sleepless nights sitting at a computer putting a presentation together, and stiff joints from the lack of previously dreamt of legroom. I’m freezing cold because the exceedingly large gentleman next to me seems to need every air vent on the plane fully open, and I’ve had some precocious little darling kicking the back of my seat for the last 3,000 miles…. The plan was quite simple: Fly out, stay the weekend, do a presentation, fly back. What could go wrong?
Jump forward a few hours.

I’m stood at the baggage carousel, it’s been 30 minutes since the last passenger picked up their luggage, and I’ve just found out that mine is still on the runway back in London. Not only that, but it appears that between the time it took me to get on the plane and it landing at JFK, the whole world has gone mad, prattling on about some volcano that’s gone off. ’So what’ I’m thinking, I’m from England, we don’t have volcanoes, although admittedly there are parts of it I’d like to see ‘re-landscaped’. No, it gets better, apparently a big chunk of Iceland has gone skyward rendering most of Europe grounded, it doesn’t look like I’m going home anytime soon, and my luggage is staying on the tarmac. Now normally this wouldn’t have represented a problem except for that little thing called stupidity. You see, in a moment of sheer dare I say ‘brilliance’ I’d decided to put my presentation for the Manhattan Reefs frag swap in my camera bag which was…yes, you guessed it…Not only that, my cables for the laptop were in there as well along with all my clothes and my camera.

Jump forward a few days, and there I am at stupid o’clock In Randy’s classroom, putting my presentation back together that has been emailed across to me in chunks by my ever patient wife…Things are coming together, what with the loan of some clean jeans and tops from my generous hosts. The final thing was to take the lovely Christine Williams shopping for some underwear. No, not for her, for me –don’t ask me how I managed to pull that one off! So looking for all intents and purposes like a clean and presentable vagrant, it was time to do my talk which I hasten to add was in front of a lovely crowd of enthusiastic reef keepers.

By this stage, ‘and with my flight back delayed by an extra week’ it was time to hit the road in true hobo style, which meant jumping in a car with Joe Yaiullo to go stay at his place for a few days, and hang out at the amazing Atlantis Marine World on Long Island… 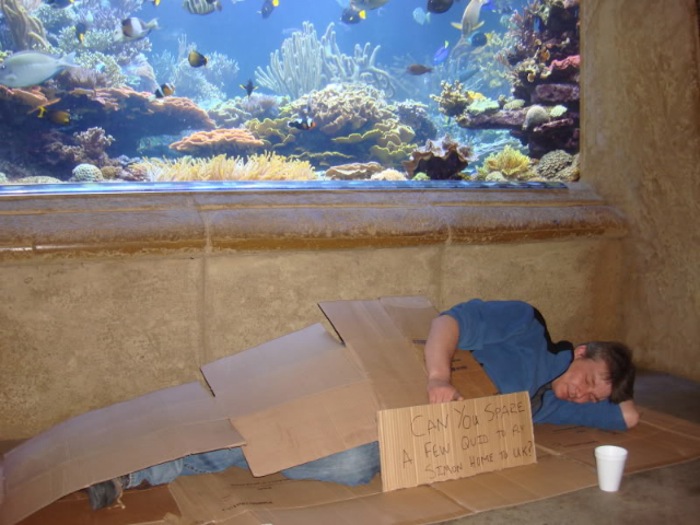 Joe thought it might be a bit cold on the floor, so he kindly offered me some cardboard boxes to sleep on, and a nice little plaque so I could make some money from the passing public. Sadly, this stay was cut short when Joe caught me draining a few thousand gallons from his reef display as an experiment for my new tidal system. So I was hastily bundled into the back of a visiting Steve Garrett’s car, dumped in the middle of New York City and told to go see a Chinese man with a bus who would get me out of state before Joe called the Immigration Authorities. 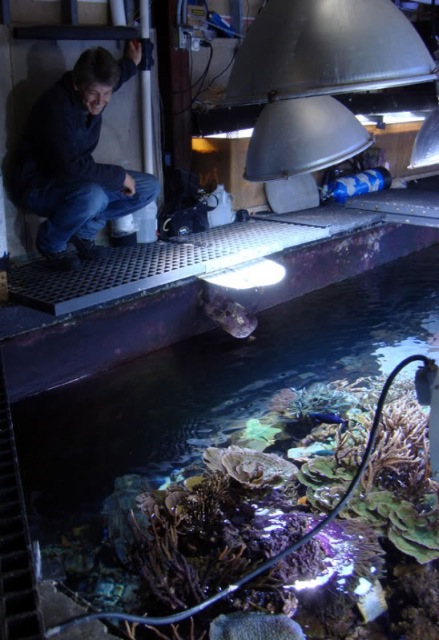 So there I was two hours later rummaging through some bins at Penn State looking for food, when this short angry Indian gentleman came running out of his house threatening to set his Pomeranian on me. 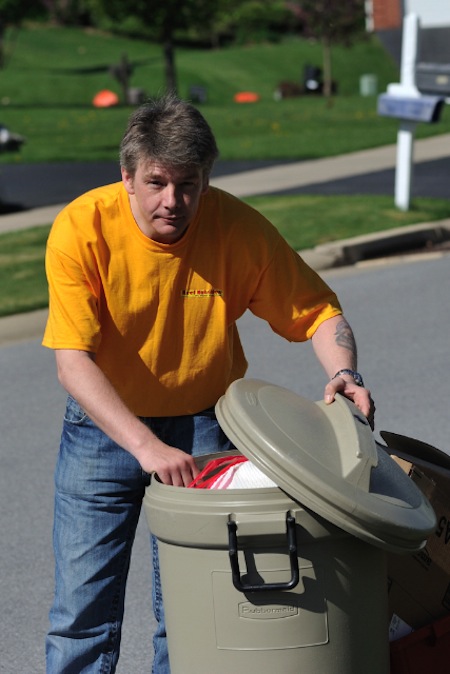 As it turned out, he was a Professor of theoretical engineering, who was also a reef keeper. I said I was good with tools, he said he was good with them theoretically, so a logical bargain was made based on the fact that practice beats theory any day. I mean seriously, my wife has a more extensive tool kit. Needless to say, I got a roof for a few days, some great food cooked by his beautiful wife, and he got his LED lights fitted over his tank. The strange thing was, after a few days his dog actually liked me more than him, so again it was time to take my leave –without the dog I’m sad to say–before any more family disruption occurred. 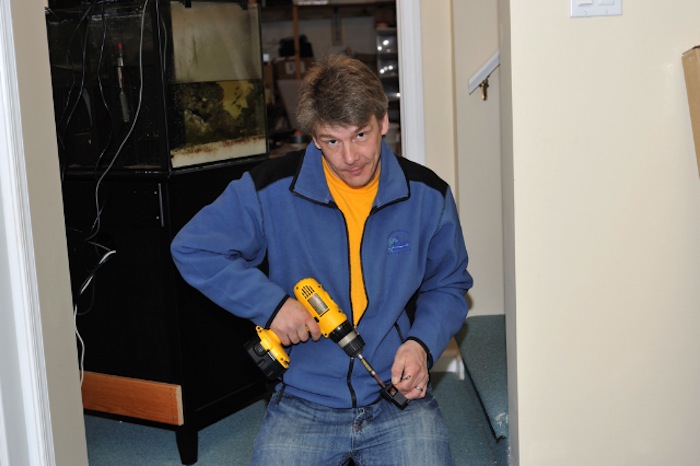 So calling on my road trip buddy and underwear consultant Christine again, it was time to head off to another conference where she thrilled an audience with information about how many gruesome ways you can die by putting your hand in your reef tank. It’s at times like this, during long drives with a great friend that you realise just how fantastic life can be, if you just chill out, sit back, and enjoy the ride, regardless of what it throws at you. 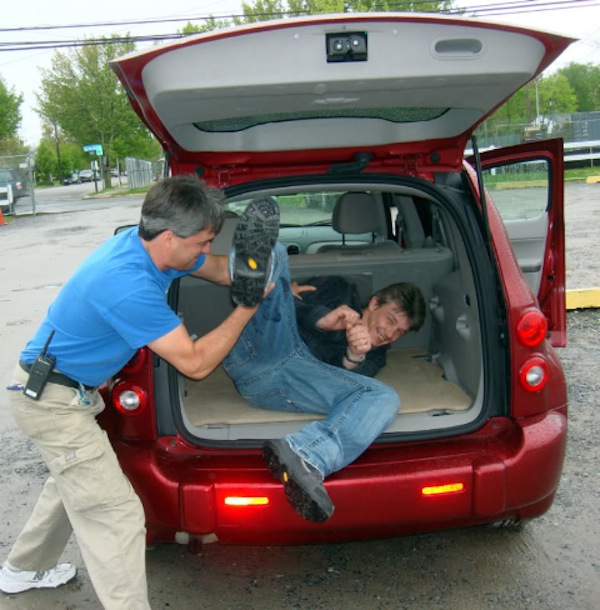 Back in New York, Joe had re-filled his tank and forgiven me enough to allow me back into Atlantis for a few days before heading off again, this time to a conference across the water in Connecticut to see Randy Reed, the ever happy and friendly Bob Fenner, and strangely enough, the same angry Indian Professor that I’d met earlier who also goes by the name of ‘Photon Man’. He certainly is in demand I have to say.

Now I’ve known Joe for quite some time. He’s never struck me as one to hold a grudge, and I honestly thought he’d forgotten or at least forgiven me for draining his tank down to see coral slime production in progress, but the alarm bells were ringing loudly in my ears when he said a couple of days before my scheduled return to the UK that he needed a hand with one of his ‘fish’ that had a buoyancy problem…As it turned out, it wasn’t just any old ‘fish’ that he needed a hand with, It was a fully grown sand tiger shark that ‘to be honest’ had the same bad temper and strangely menacing look as my ex wife. So to cut a long story short, it was basically a case of Joe taking the pointy end with the gnashing teeth, and me taking the flappy end, with a few of the rest of his team joining in to offer enough muscle to subdue what was initially a very uncooperative shark. With that, Joe pumped her up to the degree that she could hold her depth in the water without sinking. I kid you not…have you ever heard a sand tiger burp ?

So after all that excitement, it was time to make my way home by stowing away on a trawler headed for England. 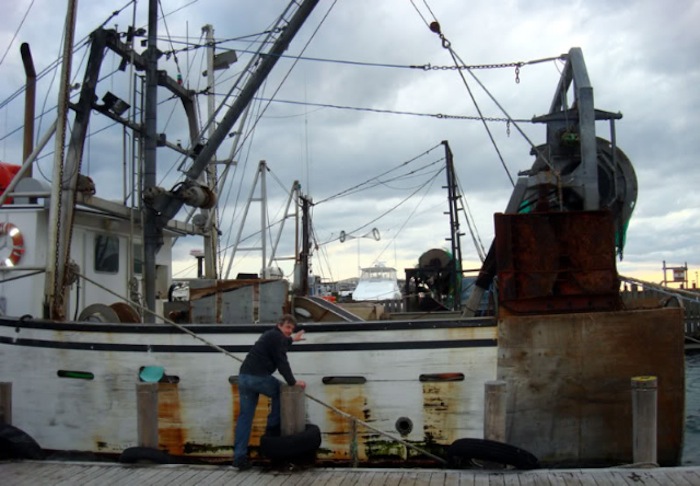 Ok, that’s not quite true. It actually involved me going back to Pratt where my luggage had turned up the day before I was finally able to fly home– see I told you there was stupidity everywhere you look’– to the UK, landing at 7.00am, jumping into the car, and going straight back to work. 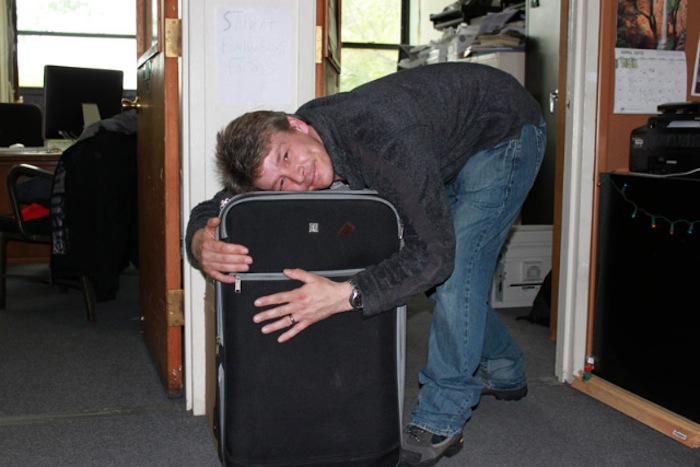 Now it’s rare that I write about anything other than what’s going on ‘inside’ a reef tank, and I always like to throw in some little lesson if I can, so for me, this article is a bit of a break from the norm.

You see there are a few in this hobby who have very strange ideas of what speakers and authors actually do. Some of these ideas are just plain fantasy ‘re-read paragraph one again’. Whilst others seem to have funny ideas about ‘why’ we do what we do. Hopefully during the course of this article I’ve answered the ‘why’. As for any aspirations of becoming a reefing hero, well in all honesty I’d rather give that credit to the people who really deserve it. In this case it’s a young lad who was at the Manhattan Reefs frag swap, who despite having to deal with hardship unfathomably more heart rending than my mere misfortunes with volcano’s and missing luggage, still managed to hold an air of dignity and maturity far beyond his years under circumstances that would make most of us crumble, and equally to the member who took him in, and all of the members at the swap who took time to make him feel at home. I see a great future in reef keeping there if that interest is nurtured.

Sometimes the lessons we need to learn aren’t found within our tanks. They are learnt by opening our eyes to those around us, having faith in the goodwill and generosity of others within our like minded community, and above all taking time to sit back, enjoy the ride wherever it may take us, and soak up all of the experiences it presents us with.

Just be wary of the guy who asks you to help him with a ‘fish’ that has a buoyancy problem.

My deepest thanks to all who made this experience such a memorable one, including the members of Manhattan Reefs.