Is It Really In The Water? A Critical Reexamination Of Toxic Metals: Part 2

Last month we began a reexamination of the reef tank heavy metal controversy by examining a series of articles that appeared in Reefkeeping Magazine last year. (Shimek 2002a, 2002b, 2002c) This month we’ll continue the reexamination by looking at the conclusions and recommendations of the author. 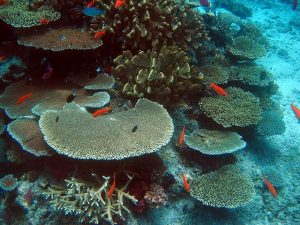 The data collected on 23 hobbyist tanks led the author to conclude that the average reef tank is badly polluted with heavy metals that at best probably impair some inhabitants of the typical reef tank and perhaps even ultimately kill some inhabitants. “”The water from the average reef tank is clearly dangerous to the organisms put into it.” (Shimek 2000c) He expressed the belief that levels of these metals could possibly explain unexplainable deaths in the reef tank. His conclusion was that we should periodically break down a reef tank disposing of all rock, sand, and water and begin all over again. These are certainly disconcerting conclusions and if correct cast a cloud over all of reef keeping. The assertion that virtually all reef tanks are ultimately doomed by the accumulation of toxic levels of heavy metals created considerable stir in the hobby and left many hobbyists confused and alarmed.

Has the author made a convincing case for his interpretation of the results? Are the author’s conclusions supported by the data? As part one explained, there are several errors and mistakes that compromise the value of the data and since the conclusions are based on the data, one must raise into question the conclusions. We have no way of knowing whether the tanks tested are representative of an “average” reef tank. The author’s conclusions ignore the fact that some of the tanks did not have detectable levels of the most toxic metals. There is also the issue of the author’s interpretation of what represents toxic levels. Even if some heavy metals are found at higher concentrations in reef tanks than found in natural seawater, does that mean that the average reef tank is toxic? 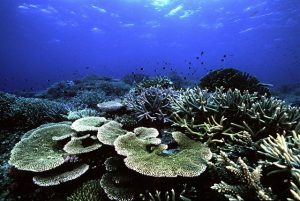 Even more fundamentally, can we be sure that the data presented are accurate? As part one outlined, ICP, the method used to determine metal levels, is not the best choice for accurately determining metal concentrations in seawater. None of the studies determining the extremely low levels of metals found in natural seawater used an ICP scan to determine the levels. In a scientific paper, an author usually devotes some space to justifying the chosen methodology. The author will support his decision by providing data that confirms that the methodology can do what the author claims it can do. Unfortunately, in the case of these articles, the only justification given for using ICP was that it was cheaper than more sensitive methods. Given the realities of reef keeping research, cost is a reasonable concern, but the need for accuracy ought to outweigh the need to keep costs low. If we are to draw conclusions about the levels of metals in a reef tank, we first need to see an ICP scan of natural seawater. The seawater concentrations provide a benchmark by which we can judge reef tanks.

Given that the metals of greatest concern are found at extremely low concentrations in seawater, and given the relative insensitivity of an ICP scan in detecting these metals at very low concentrations, one might argue that measuring natural seawater is a pointless exercise. Perhaps, but it is the responsibility of the researcher to prove that it is a pointless exercise. We need to know that the coral reef waters we are emulating have undetectable levels of metals if we are to take seriously the claim that our reef tanks are heavily polluted with heavy metals. And this comparison needs to be done using the same methodology. Perhaps compared to published seawater data, reef tanks do have elevated metal levels, but what if natural coral reefs do too?

Knowing that we needed better data on natural coral reef water to reach conclusions regarding the health of reef tanks, I collected water over reefs in Fiji and the Philippines in the Pacific, and the windward side of Bonaire in the Caribbean. At each location several liters of water were collected in pre-washed drinking water plastic bottles. The collection bottles were then refrigerated and transported back to the United States. Upon return, the water was either frozen for transport to the laboratory or preserved according to standard methods of water analysis.

I also collected water from my 2000 gallon reef tank using the same collection methods used for the natural reef waters. The 2000 gallon tank is three years old and in the table is labeled as the new tank. Its design is outlined in the 2001 Reef and Saltwater Annual as well as a recent Advanced Aquarist.(Harker 2003) I also had analyzed water collected from my 300 gallon tank and frozen two years ago. The 300 gallon tank was eight years old at the time I collected the water. The tank is featured in Michael Paletta’s new book, Ultimate Marine Aquariums: Saltwater Dream Systems and How They Are Created. If metals do accumulate in a reef tank, my 300 gallon tank would be a likely candidate. Both tanks have used Instant Ocean since their inception. Reverse osmosis water is used for top off, but aged tap water is used for water changes.

The waters sampled were analyzed using Inductively Coupled Plasma Emission Spectrometry (ICP scan), EPA method 200.7, the identical method used in the articles under review. The data are therefore directly comparable to the previously published data, except in one regard. The author normalized the data of each of the 23 reef tanks so that all of the tanks showed identical sodium levels. Whatever factor was used to adjust sodium levels was applied to the other constituents, so the actual concentration of a metal in each tank might be different from that quoted in the articles. This normalization is somewhat dubious. The methods used by hobbyists to maintain calcium levels in a tank such as the addition of calcium chloride and sodium bicarbonate may alter the ratio of sodium to chloride and the ratio of sodium chloride to the other constituents. The data presented here are not adjusted or normalized in any way. Metals not shown in the table were below detection levels for both reef tanks and all three natural reefs. The results from the three reefs did not differ significantly, so the three were averaged for the purposes of the table. Values shown with a less-than sign (<) are below detection levels.

As the table below shows, the ICP scan suggests that natural coral reefs have heavy metals levels considerably higher than those published in the scientific literature and quoted in the articles. This raises an interesting question. Is the difference between published data on seawater and the coral reef water tested here an artifact of the methodology of testing, the ICP scan, or does the water over a coral reef actually have higher metal levels? If limitations of the methodology produce higher apparent metal concentrations in natural seawater, the same is probably true for reef tank water. Consequently, we don’t really know whether reef tanks contain toxic levels of metals. The only way to determine that is to test tank water using the more sensitive methods that scientists use to study seawater. Only then can we compare published metal concentrations to reef tanks. On the other hand, if coral reef water actually does have higher metal levels than open seawater tested by
scientists, then coral reef inhabitants have adapted to these levels and we may not have the toxic conditions that we were told we have.

The most remarkable thing about this table is how similar the reef tanks are to the average natural reef. Some constituents are elevated, but only slightly so. Lithium is ten times the natural level in my new tank, but only a third of natural levels in the eight year old tank. Cadmium, selenium and titanium are slightly above detection levels in my new tank, but not in my old tank. In many respects, the eight year old tank looks more similar to the natural reef than the newer tank. It is possible that the natural evolution of a reef tank gradually reduces already low concentrations of heavy metals to even lower concentrations. This suggests that periodically breaking down a reef tank and starting over may perpetuate higher metal levels, not lower them as the author suggested.

Supporters of the author may argue that I’ve simply proved that today’s natural coral reefs are polluted, that I am comparing toxic natural reefs to toxic reef tanks. From my observation, all three areas appeared pristine with no signs of degradation or deterioration. I chose to collect water at these locations because of the healthy reefs and the lack of natural or man-made damage to the reefs. If these healthy appearing reefs are really polluted, then there may be no truly healthy reefs. I’ve had an opportunity to explore many outstanding looking reefs, and these are some of the best.

So Where Do We Stand?

We have been told that the average reef tank has heavy metal concentrations many times those of natural seawater. We have been told that our tanks are toxic and dangerous to many of their inhabitants. These data suggest otherwise. Using the same methods to prove that reef tanks are toxic, I’ve shown that my reef tanks are no more toxic than coral reefs from around the world. Furthermore, these data suggest that heavy metal concentrations in a reef tank may actually decline over time, not increase.

So do we need to worry about heavy metals? Yes, but no more than we should worry about the accumulation of organic compounds and other potential pollutants. As a closed system, the possibility exists that any substance that is introduced into the system will accumulate, and many substances can become toxic in sufficient concentration. Based on this evidence metal accumulation is not the bogyman that we have been led to believe. Heavy metals have to be considered in the broader context of just one of the many potential sources of stress in a reef tank. The key to a successful reef is the reduction of stress factors. Out of whack water parameters of whatever source increases stress and makes tank inhabitants more vulnerable to other stress factors. Had the angst generated over toxic heavy metals been redirected to a more balanced reduction of a broad range of potential stress factors, many reef tanks would probably be healthier than they are today.

In part three we will continue our reexamination of the heavy metal controversy by turning our attention to the issue of toxicity. Are the metal levels found in this study still high enough to be of concern? A recent article in Advanced Aquarist by Habib Sekha pointed out the metals found in seawater are not necessarily in a form that make them toxic to organisms. In seawater, metals are typically bound to a number of substances including organic matter, calcium carbonate, and chemical compounds that make them far less toxic than were they in their elementary form. We will review the heavy metal toxicology literature in the context of the above findings and determine whether heavy metals impair and even kill the inhabitants of our reef tanks.