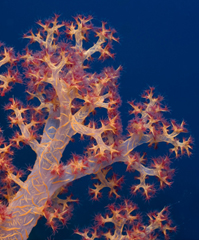 Richard Aspinall has worked in the conservation field for over two decades and has been photographing the underwater world since he learnt to dive seven years ago. Richard is now a freelance writer and photographer and works for a number of magazines. Richard is also the editor of UltraMarine Magazine, the UK’s premier magazine for marine aquarists . Richard also shoots the world above the water line and runs another photography and journalism business: Aspinallink along with his wife Angela, he is based in Yorkshire, England. See more at: www.triggerfishphotography.com www.aspinallink.co.uk

James Fatherree is a science instructor at Hillsborough Community College in Tampa. He has been keeping marine aquariums for 20 years, and has spent many days diving in Florida, the Bahamas, Hawaii, Japan, and Indonesia, too. In the past, he also managed an aquarium store, owned and operated an aquarium installation and maintenance business, and worked for an aquarium livestock collector/wholesaler in Florida. James has also published over 250 articles in various aquarium magazines in the U.S. and Europe, and has written and illustrated several books on the topics of reef organisms and marine aquariums, the latest of which is Giant Clams in the Sea and the Aquarium. For more about the author, visit his homepage at www.fatherree.com/james, or look him up on Facebook.

Pedro Nuno Ferreira hails from Vila Nova de Gaia, Portugal, which is the town were, in fact, Port Wine is prepared. He has been keeping aquatic animals for 32 years and marine animals for 21. He is a moderator with administrative duties on www.reefforum.net, a Portuguese forum with more than 7000 members. Pedro speaks and writes several languages and thus translates many aquarium articles into Portuguese.

Todd Gardner has been studying marine life since he was old enough to walk. He has an extensive background in marine sciences and has written numerous scientific and popular articles about his research and experiences collecting, keeping, and culturing marine organisms. In 1993 he graduated from East Stroudsburg University with a Bachelor of Science degree in biology and marine science. After graduation he spent a year working for Blue Earth Films, assisting in the production of a National Geographic Explorer feature film about coastal marine life. Todd spent the next 3 years working at the world's largest marine ornamental fish hatchery, where he worked on developing technology for the production of new marine species. In 1998 Todd left commercial aquaculture to pursue a Master of Science degree in biology at New York's Hofstra University where he completed a thesis on the early nutrition of the lined seahorse, Hippocampus erectus. Todd is currently working as an aquarist at Atlantis Marine World where he cares for a number of exhibit tanks, leads collecting expeditions, and continues his aquaculture research behind the scenes. In his spare time, Todd dives, photographs marine life and plays in a blues band.

Jay F. Hemdal l is curator of fishes at a large U.S. zoo / aquarium and is actively involved in the AZA (Association of Zoos and Aquariums). He is the author of over 130 articles for a dozen different aquarium magazines and scientific publications since his first article about sharks was published in Freshwater and Marine Aquarium magazine back in 1981.He has also written five books: Aquarium Careers, Aquarium Fish Breeding, Advanced Marine Aquarium Techniques, Bugs as Pets, and Miniature Aquariums.