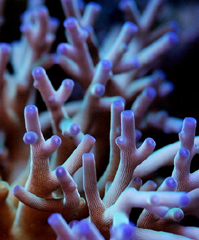 Jim Curry is currently employed as an educational administrator at Pace University for 11 yrs. He started the hobby 6 yrs ago with a 30g tank and worked his way to a 92g corner bow front and then a 180 SPS dominant mixed reef tank which was featured tank of the month in the November 2006 issue of Advanced Aquarist. This past year he started JD’s Aquatics along with fellow hobbyist and friend Russ L. Jim is also one of the founding members of Manhattan Reefs.

Jonathan Hale works as a photographer and furniture maker in the New York City area. He has been keeping fish since the age of 12, and set up his first salt water tank in his freshman college dorm room. His first reef tank was set up in 1993 and it's been a love hate relationship ever since.

Don Dia has marketed for most of the major health clubs in New York CIty. He successfully maintained an Filipino portal which was later absorbed by one of the largest internet firms in the Philippines. Currently, Don designs mostly for Fortune 500 firms. His work ranges from short movies and animations to company websites.

KathyC is a new member to the reef scene but no stranger to keeping fish. Her aquatic pets include two saltwater tanks, six freshwater tanks, and a 1,800 gallon koi pond. In her spare time she is the v.p of the Nassau County Aquarium Society, and a Medical Moderator on the NCAS web forum. She also is a foster mom for cats with leukemia and is always taking in new additions. While doing all this she finds time for her day job working for Foster Grant as the New York district manager. To relax she spends time on her boat,"Comfortably Numb" .

Paul Baldassano has been a life long fish keeper. As a small child his father would take him to the Fulton Fish Market in NYC where he acquired his knowledge and love for marine creatures. Most kids had toys, Paul played with dead sardines. "I have had a fish tank from the day I was born almost 59 years ago and I have always also had a local tank with creatures I collect locally". Paul has served his country in the armed forces and is a combat vet of the Vietnam War.

Russell Leiner has been keeping aquariums for over 35 years. His entry into saltwater reef keeping has been a lifelong learning experience that finally culminated in his first reef four years ago. He is a graduate of Franklin Pierce University with a degree in accounting. His careers have taken various turns and his success as a home builder has afforded him the foresight to help create stunning and unique reefs for his clients. He is a founder of saltwatercritters.com. Russ is married to Donna for 22 years and has both a son and daughter attending the State University of New York. He is affectionately known to them as their reef nerd.

Terence Zahner has been diving since 2000 and took up underwater photography in 2005. His favorite subjects are nudibranchs and other small, easily overlooked creatures. His other main hobby is a saltwater reef aquarium, through which he can maintain a connection to the ocean when not diving. He lives in New York City with his wife Doris and their two cats.