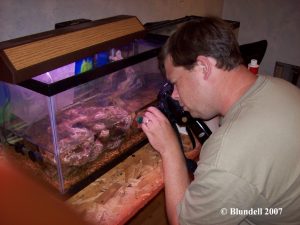 Marine invertebrates serve an important role in the captive reef and in therefore in the marine ornamental industry. During the late 1990’s an appreciation and desire for invertebrates flourished in the aquarium trade. Stemming from this interest several books have been written for hobbyists which directly address invertebrates (Sprung , 2001; Calfo & Fenner, 2003; Shimek 2004). It should also be noted that those books most certainly increased the interest and respect for marine creatures. Those authors should be credited for greatly advancing the hobby. The current stage and trends in the hobby lead us to believe that invertebrates will serve a bigger role and will become ever more popular during the next decade.

Larval rearing systems can be designed and used for many animal species. Historically they have been used in the marine trade for delicate fishes. With the current growth, and expected growth, of marine invertebrates in captive aquaria there is a need to look at these systems from a new perspective. The rearing of crabs, shrimp, lobster, seastars, urchins, may be around the corner. 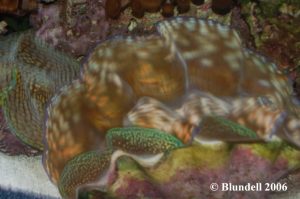 Feeding larval invertebrates is often challenging. One of the keys for many aquaculture projects has been to use large scale growing systems for live micro plankton.

Invertebrate systems have recently focused on shrimps (not necessarily true shrimps) for two primary reasons. One, they are important in the aquatic trade; Two, they are have shown signs of success.

Well that is the million dollar question. One side of the coin says raise something you know can be raised, and the other side of the coin says you might as well try something new. Today, a quick internet search will show dozens of people who have successfully raised a variety of peppermint shrimp. While at the same time only one person has raised fire shrimp and no one has raised banded coral shrimp. Rest assured any effort you put into raising ornamental invertebrates is worthwhile and constructive to the overall body of knowledge. My advice on this subject tends to be “try to raise whatever you want to have.” 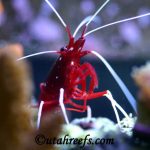 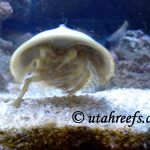 How do I raise marine ornamentals? 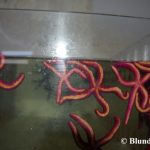 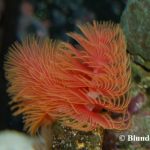 How do you attempt to raise marine ornamentals?

First thing to do is to read. There are a few articles which help answer these questions (see the references below). From there, pick a method and give it a try. If it doesn’t work, try something else. This area of research is still widely unknown and there isn’t a magic larval rearing black box, and there isn’t a cookbook available with rearing recipes. What is available is a list of husbandry techniques and requirements. 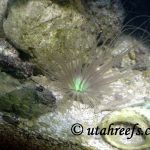 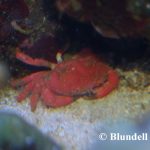 Hopefully by discussing larval rearing systems in this article we can inspire new developments and attempts at rearing marine ornamentals. Several attempts are underway right now and will be published during the upcoming months. Think of this not as a conclusion but as a prelude.