The VorTech kicks ass and here’s why: you can make waves, you can control the waves, and you can customize your flow. Is that enough reason for you? If not here we go….

The Basics of Waves

Well this is a whole can of worms to open here. In this article I want to cover some terminology and basics of waves. Future articles (Adams & Blundell) will go into depth covering the mathematics and dynamics of waves. 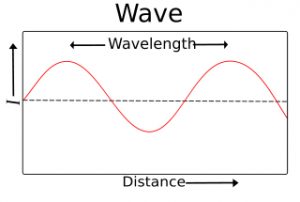 Waves have been absent from most home aquariums. A dump bucket or surge device can be used to create a transverse or traveling wave. But in most aquariums this isn’t rhythmic and doesn’t carry for long (because the aquariums aren’t long to begin with). Some new items (like the vortech featured here, and other water motion devices hitting the market) have the ability to produce wave flow in the aquarium.

Here are some examples of wave devices put into action (these tests were performed in an area 60 inches long, 24 inches front to back, and 16 inches tall. This is 100 gallons of water):

VorTech Undertow: Video 1, Video 2
These videos show the ability of the vortech pump to draw sediment off the bottom of the aquarium and to lift it into the water column. This type of flow can greatly increase feeding capture of corals as the food stays in suspension and does not settle onto the reefscape.
Making Waves: Video 3
As the vortech runs it continues to “build up speed” as the inertial forces build and the wave is generated.
Wave Amplitude: Video 4
This video gives you an idea of the amplitude that can be created in a standard 100 gallon system.
Broad Water Flow: Video 5
This video shows the broad pattern of water flow from the vortech. This is especially beneficial in reef aquaria. Notice how the beads stay in suspension and continuously move.
Water Flow 5 Feet From VorTech: Video 6
Shown here is the aquarium on the OPPOSITE side of the running vortech. What you see here is that the beads are moving around in the water flow created by the pump… from 5 FEET AWAY. In other words one vortech pump is creating all the flow in this 100 gallon display, and you are seeing the far end of the tank.
The VorTech Display: http://www.youtube.com/watch?v=rLPmea2II-A
Shown here Tim Marks of EcoTech Marine puts the pumps into action in a vendor booth.
VorTech Producing Differing Wave Patterns: http://www.youtube.com/watch?v=L9L2FaZwfwo
Jake Adam’s video of vortech’s producing a 3rd Harmonic standing wave… the favorite flow pattern of Adam Blundell. The video then shows a transverse or traveling wave. (forgive the music… it is a Jake thing)

Do we want waves? I guess it depends on whom you ask. Fellow author and water flow guru Jake Adams is a huge fan of laminar flow. I however, am not sold on laminar flow being all that Jake says it is. To me, an oscillating standing wave is the ticket.

Coming To A Conclusion

Flow patterns in aquaria are diverse. At least they can be. Some people like Laminar Flow (Jake) while others like Oscillation (Adam), and the vast majority of aquaria feature Chaotic flow. Why would someone chose one type of flow over another?…. well that question is to be addressed shortly….

While water motion will forever be debated, we can all agree that having options on water flow is always great. Thankfully we now the ability to produce water flow in all sorts of varieties. These options will undoubtedly allow hobbyists to produce the water flow they desire…. whatever it is that they desire.

Adam Blundell M.S. works in Marine Ecology, and in Pathology for the University of Utah. He is also Director of The Aquatic & Terrestrial Research Team, a group which utilizes research projects to bring together hobbyists and scientists. His vision is to see this type of collaboration lead to further advancements in aquarium husbandry. While not in the lab Adam provides services for of one of the Nation’s largest hobbyist clubs, the Wasatch Marine Aquarium Society (www.utahreefs.com). Adam has earned a BS in Marine Biology and an MS in the Natural Resource and Health fields. Adam can be contacted at adamblundell@hotmail.com.