LEDs are becoming more prevalent in the hobby. New LED fixtures continue to be introduced into the hobby. Continuing in the same vein as my previous LED lighting tests, this article presents data on light intensity and spread for several new LED fixtures.

The following LED lighting fixtures reviewed in this article:

Each of these was tested using the same set up as my previous reflector tests, using a 3’X3′ grid with a spacing of 3″ in the X,Y direction. The fixtures were centered on this grid, and PAR was measured as PPFD (Photosynthetic Photon Flux Density) in micromoles/m2/sec using a LICOR 1000 data logger and a LI-192SA underwater cosine corrected sensor calibrated for both air and water. The data logger was set to average 5 readings for each data collection point. The data was imported into Microsoft Excel for analysis and the data was plotted to display the light spread and intensity at various distances. 4 plots of the data with 2 plots at each distance were generated showing: 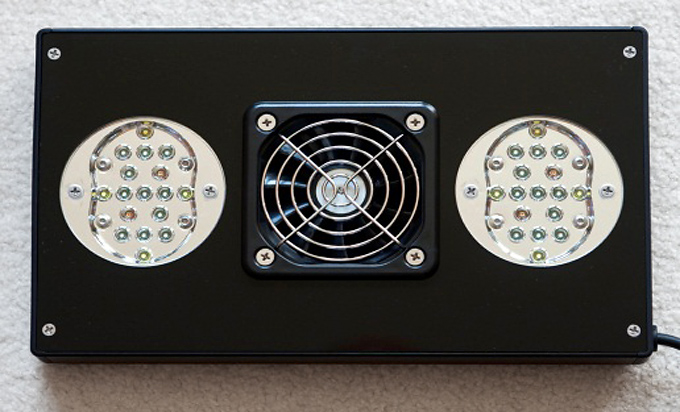 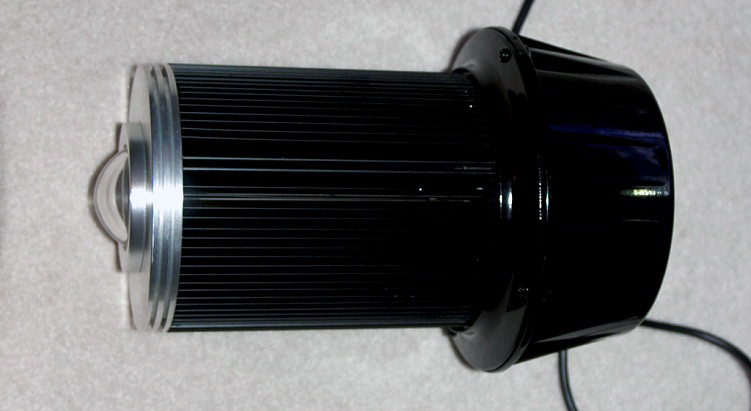 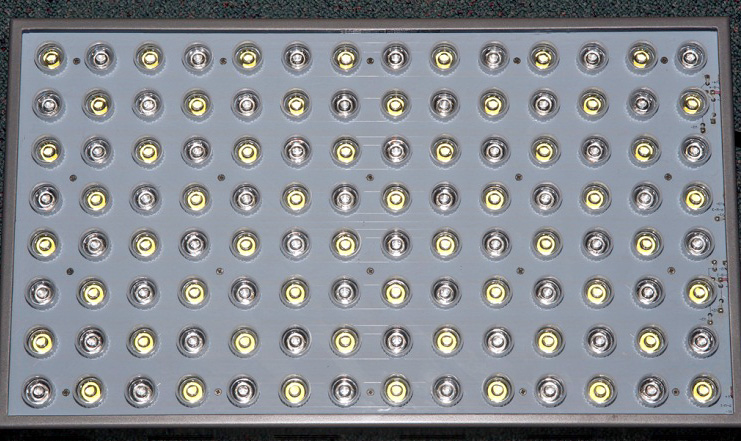 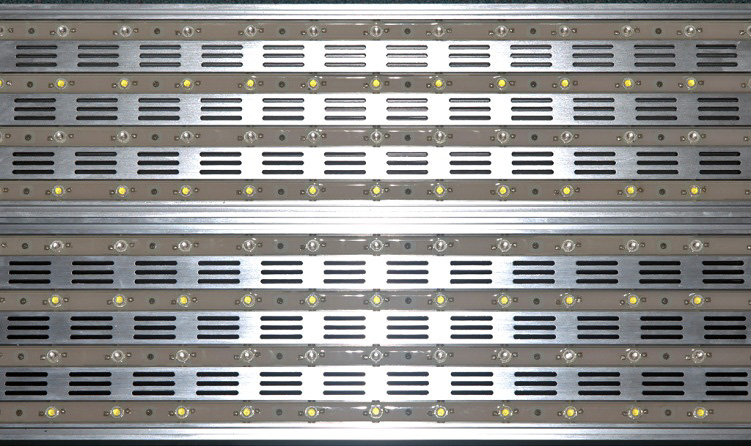 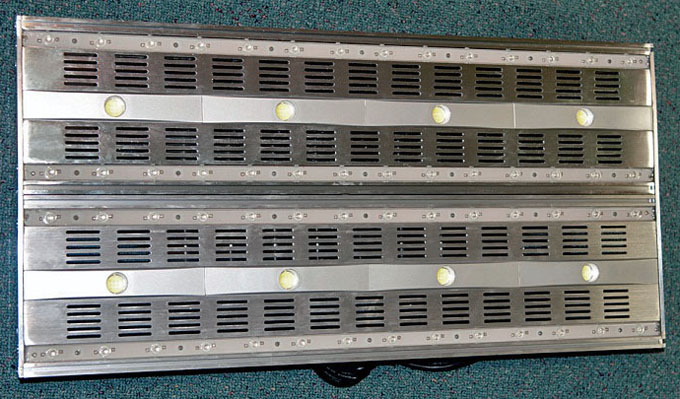 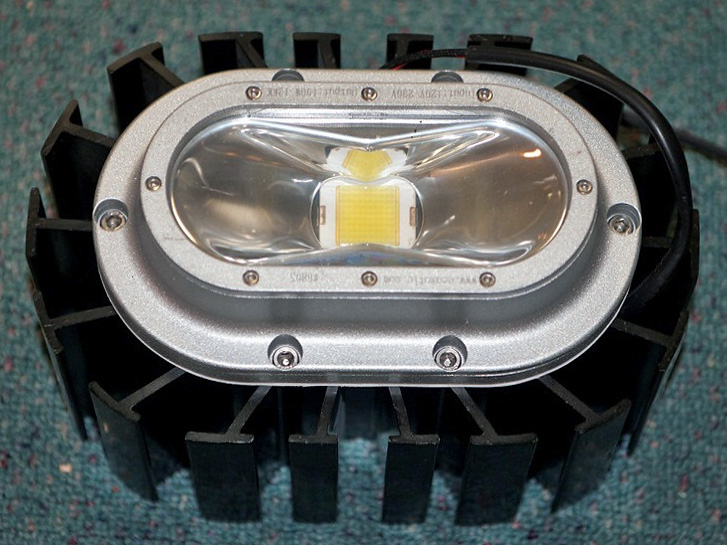 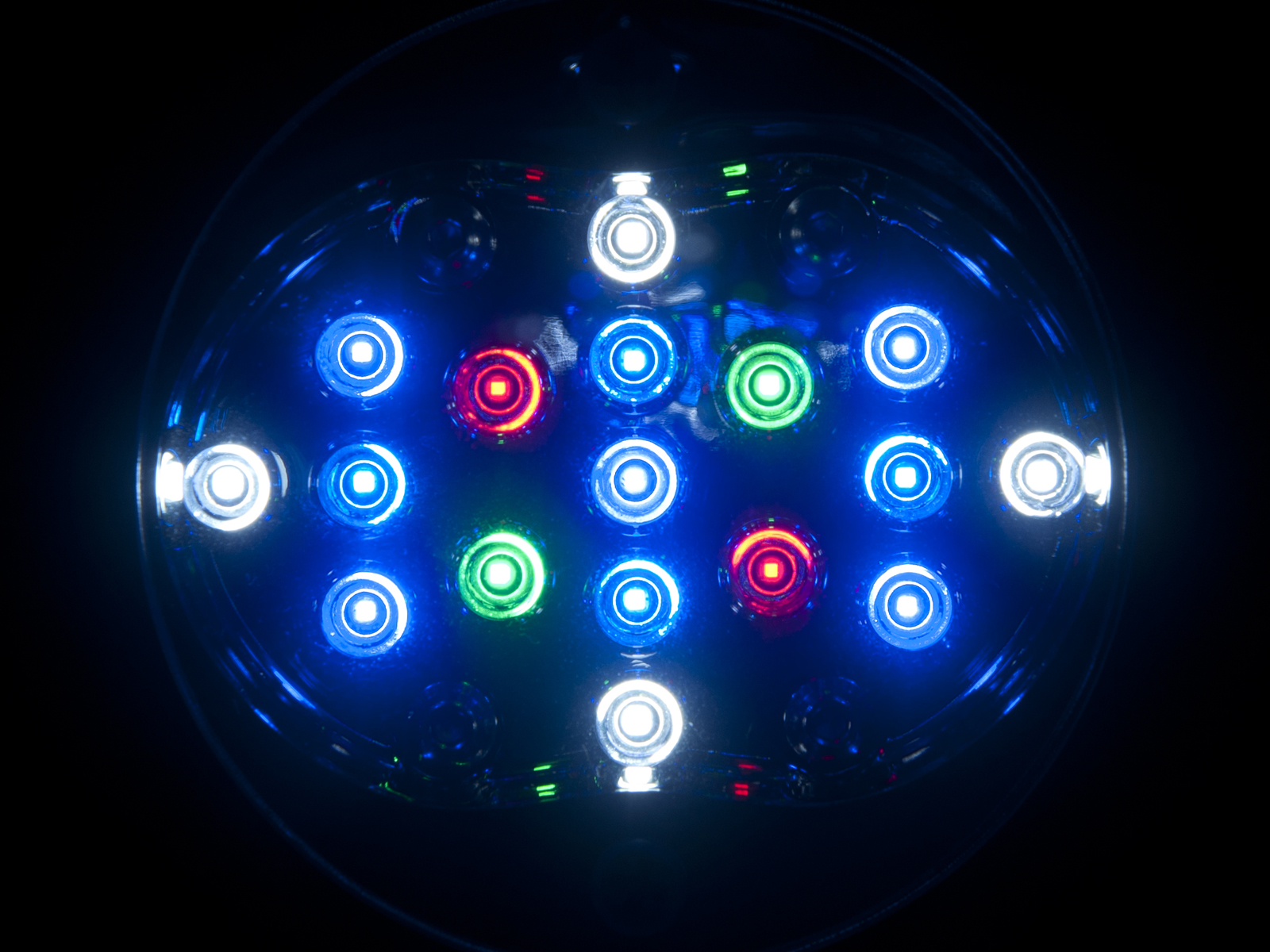 Figure 1. Radion showing the arrangement of the different color LED in each cluster 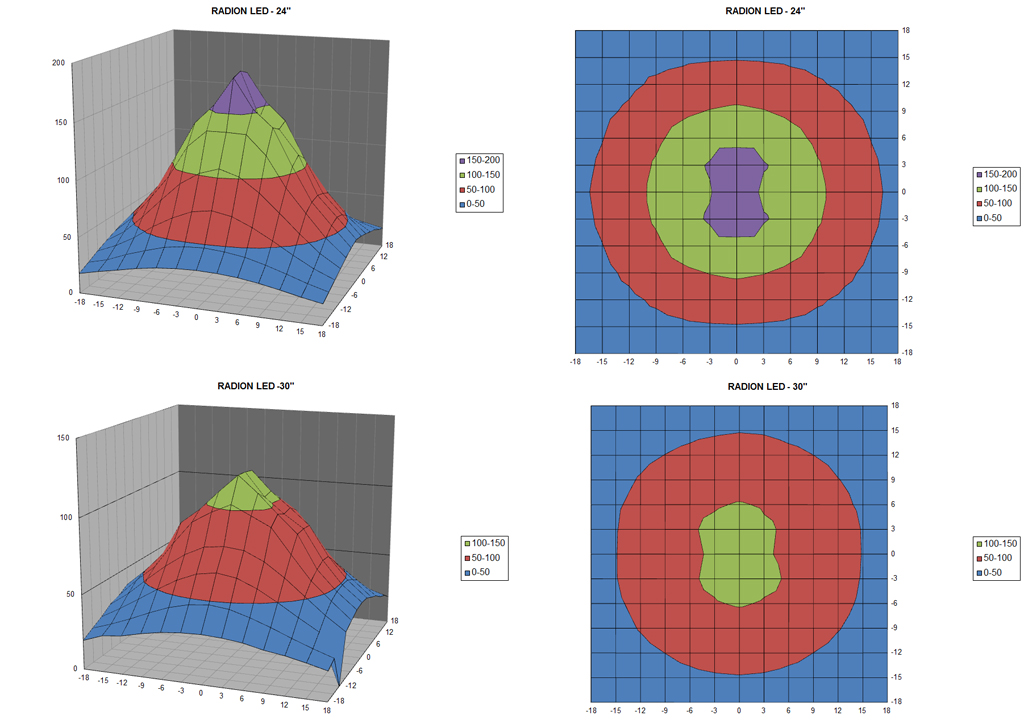 Figure 2 radion Light Intensity and Distribution at 24″ and 30″”

The Orphek array PR-156 is one of the newer models that includes 4 UV LEDs, in addition to the blue and white LEDs. A total of 60 LEDs running at around 2W each make up the complete array. As tested the Orphek drew 110W of power. As seen from the light distribution, there are large areas at 24″ and 36″ where the PPFD values exceed 200. This clearly shows the impact of the optics and will allow these fixtures to be well suited for deeper tanks and mounting higher to get larger spread if desired. 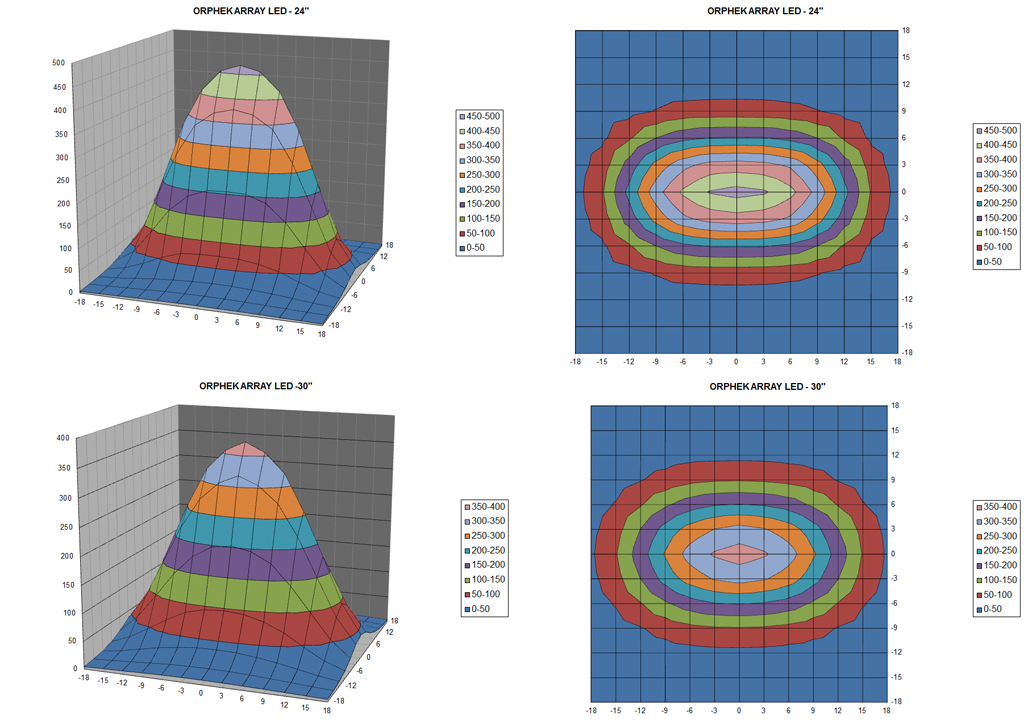 Similar to the Ecoray 60 in design, this is the larger version with 112 LEDs – 56 White High Power 1 Watt LED, (color temperature 12000K – 160000K) and 56 Blue Actinic High Power 1 Watt LED (Wave Length 450-460 nm) arranged in a 8X14 grid. As seen from the data, the additional optics clearly focus the light to achieve high PPFD values. This light would be ideally suited for deep tanks (even greater than 30″ deep), or allow for higher placement of the light above the tank surface. As tested the Ecoray-112 drews 132W of power. 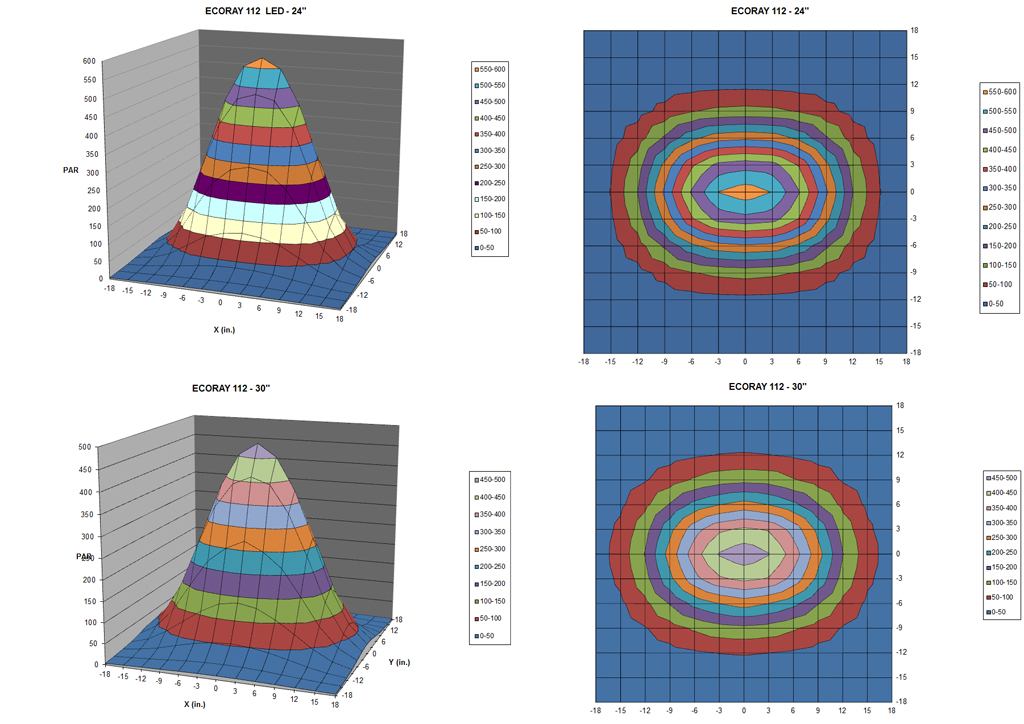 Figure 5: Light distribution for the Ecoray 112

The MVAVA LED array comprised 84 1W LEDs with an equal mixture of white and blue LEDs, housed in a heavy Aluminum case, actively air cooled by fans. As tested the MVAVA-1 drew 132W of power. 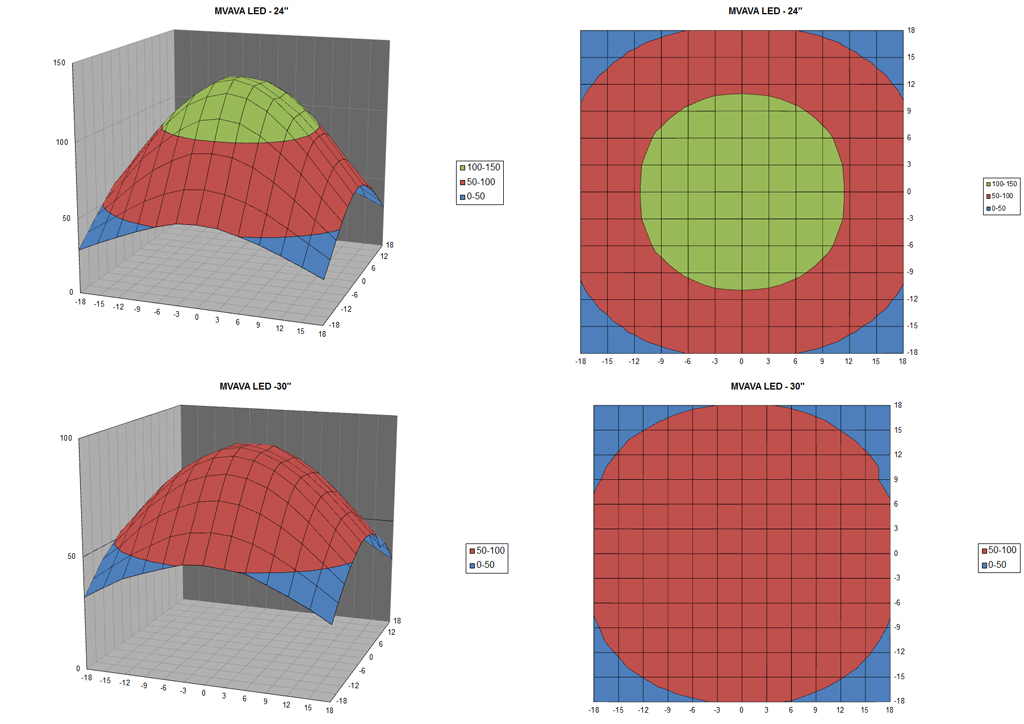 Figure 6: Light distribution for the MVAVA – I Series LED Array 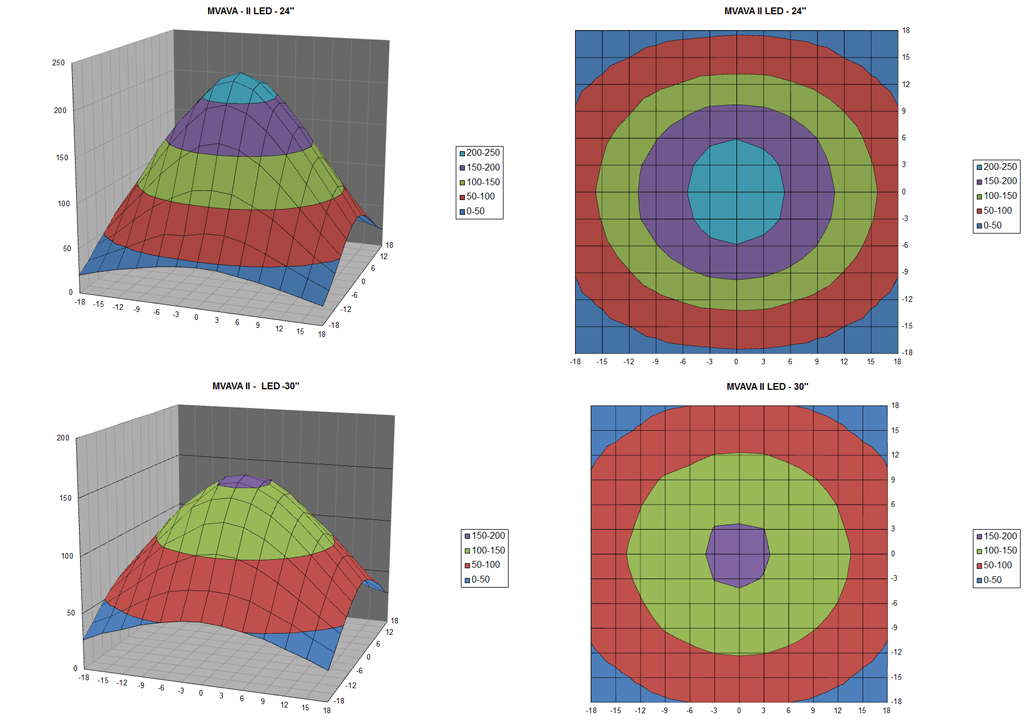 While the previously discussed LED fixtures were arrays of single LEDs, high power multichip arrays provide yet another option. Multichip arrays provide high wattage LEDs on a single chip by combining several LED multichip emitters in a single package. This eliminates the need for wiring large arrays of LEDs and using individual reflectors. The Orphek pendants and Ecoxotic Cannons are examples of multichip LEDs that are available to the hobbyist.

The Orphek DIF50 (blue+UV) Pendent and DIF 100W (20,000K white) pendants were tested only at 24″, due to the length of the pendants and the ability to accommodate them in the light testing setup. As tested the DIF 50 drew 31W and the DIF 100 drew 86W. Discussion with the Orphek representative revealed that this was most likely a adjustment error on the part of the manufacturer and they should be running closer to 50W and 100W respectively. Running at higher output would increase the light output. 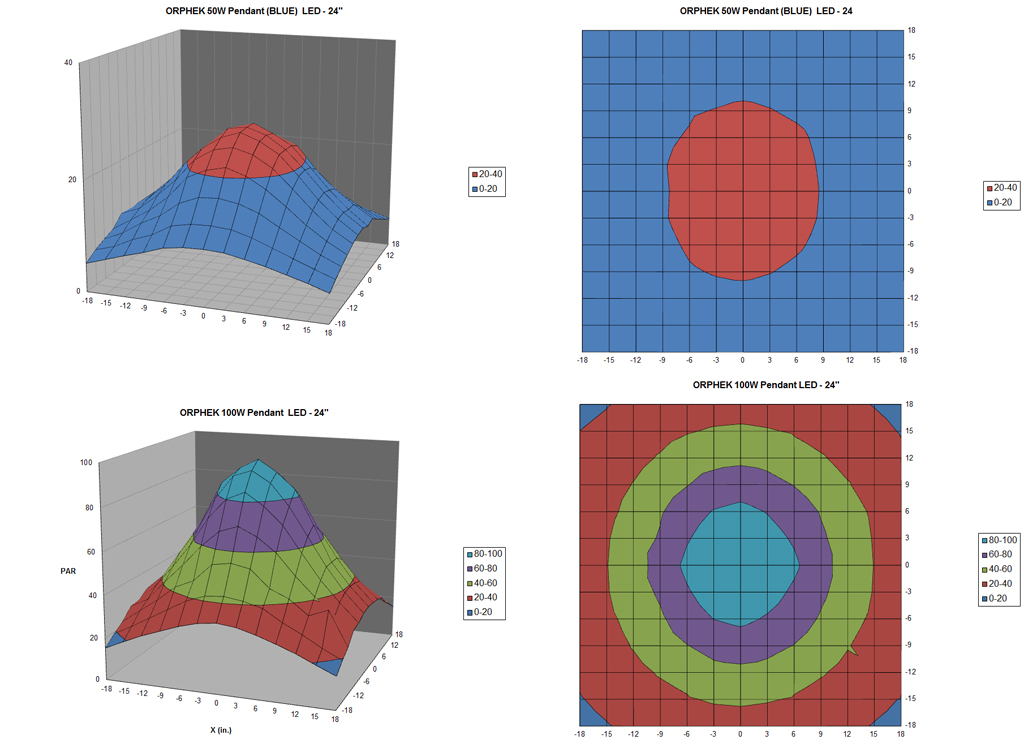 Figure 8: Light distribution for the Orphek DIF 50 and DIF 100 Pendants

The Ecoxotic 100W Photon cannon is another example of the multichip LED. As seen from the data in the figure 9, the light output at 24″ is comparable to that of the Orphek DIF 100. As tested the Ecoxotic 100W Cannon drew 93W. 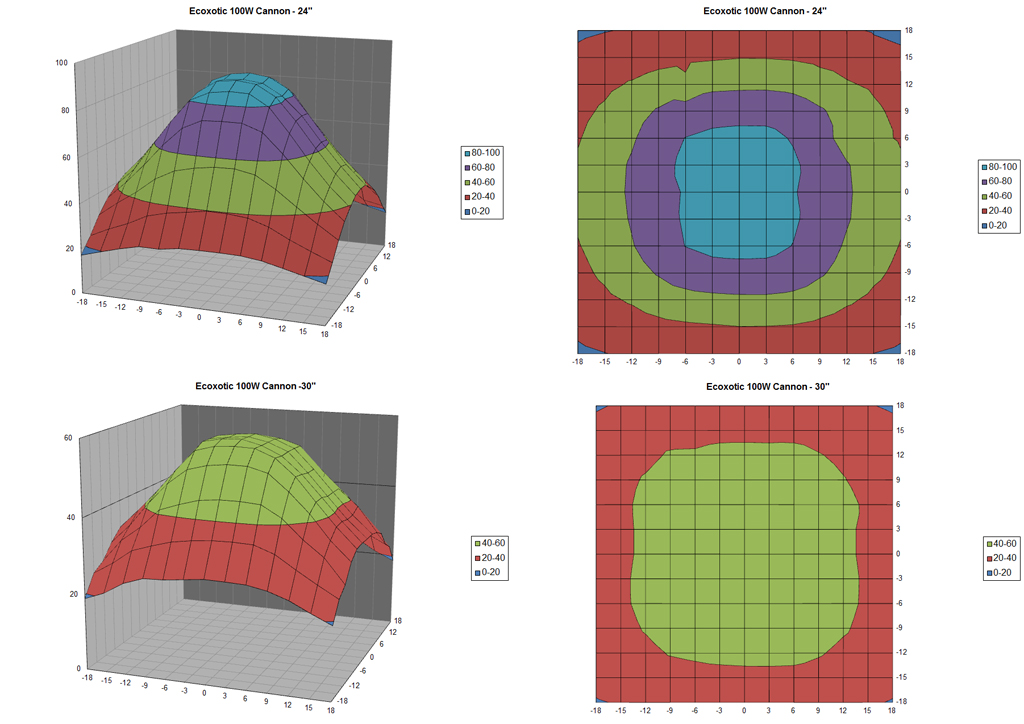 As LED lighting moves further into the mainstream, there a lot of new choices available to the aquarist. Hopefully this data will help the aquarist make an informed choice on what to expect from the individual LED fixtures and how best to utilize them to achieve the desired coverage and light intensity. In my experience a target of approximately 100 micromoles/m2/sec at the bottom of the tank will provide enough of a light gradient to satisfy a wide range of corals. Multiple fixtures will provide regions of overlapping light distributions which provide an additive effect thereby increasing the light intensity and area covered.