It was back in December of 1999
that I reviewed Scott Michael’s Marine Fishes: 500+
Essential-To-Know Aquarium Species for Aquarium
Frontiers. At that time I praised the care and intelligence
that in general go into the publications of James Lawrence’s
Microcosm Ltd., and especially the convenient small pocketsize of
the current volume, which is a pleasure to carry, thumb-through
and read. I said, “Do yourself and your organisms a favor.
Take this book with you before you make a decision to
acquire a new specimen.” I actually follow my own advice and
keep the book in my car’s side-pocket for use whenever
I’m tempted to bring in a new tank resident. At the time I
also was happy to report that the book was intended to be the
first in a series and looked forward to the next in the set.
It’s been more than five years but a second volume has
finally arrived. 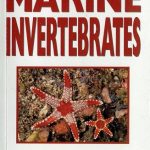 Ron Shimek is a zoologist well known to marine aquarists. He
has participated as an authority on invertebrates both in his
writings and as a speaker at virtually all important recent
marine aquarium conferences. He has authored a very valuable
companion piece to Scott’s earlier work on marine aquarium
fishes. This volume also follows the pattern of the previous work
by offering practical husbandry requirements for each species
discussed and a consistent set of criteria, both of which make it
very useful for those considering acquiring a specimen.

Each page contains a clear color photograph of the organism
discussed. Many of these photos were provided by Scott Michael,
Alf Jacob Nilsen, Paul Humann and others recognized for the
quality of their knowledge and their photographic work. For each
species Shimek provides data on their maximum size, their natural
range, the minimum aquarium size to maintain the organism, the
lighting they require, advice on foods and feeding, their
suitability as an aquarium subject, their compatibility with tank
mates and tips on captive care.

The book is very ambitious in its breadth of coverage,
including organism from the foraminifera through the sponges,
hydrocorals, jellyfishes, gorgonians, the soft corals, the sea
anemones, the zooanthids, the stony corals, the worms, shrimps,
crabs, the tridacnid clams, the sea stars and other echinoderms,
finally ending with the tunicates.

The volume opens with a short introductory chapter on the
complexities of current taxonomy of marine invertebrates,
followed by a description of the “conditions of
maintenance” he uses, listed above, with elaborations of his
views on reef aquarium suitability and compatibility, followed by
maps of the world’s coral reefs. While the Table of Contents
itself does not include any subdivisions, there is a handy
“Quick Finder” on the inside back cover that serves as
an alphabetized grouping for efficient searches.

The main 499 page section on Species Accounts starts with
short sections on the Red tree foram and the various calcareous
sponges found in reef tanks. He then goes on the demisponges, a
group including species such as Orange ball sponges
(Cinachyra) and Blue finger sponges (Halicona).
In general he considers them toxic and therefore poor subjects
for reef tanks. I maintained a ball sponge for a year or so and
found its ability to move by extending tiny
“pseudopodia” fascinating and saw no toxic effects.

There are a few pages on hydroids followed by a section on the
more interesting hydrocorals, those often beautiful but
azooxanthellate species and therefore almost impossible to
maintain as well as the hardy fire corals, Millepora.
The gorgonians are the next group of particular interests to
aquarists. It is in sections such as this that excellent guides
are most helpful. Many gorgonian species are available, not all
of them zooxanthellate. Having this guide with you when you are
considering additions can make the critical difference between
choosing a specimen that can flourish in your system and one
doomed to starvation.

A rather short section on soft corals and a longer one on sea
anemones follows, I think a reversal of usual reef keeper
interest. The major pest, Aiptasia spp., are included
and although Ron believes that in well-fed tanks the Peppermint
shrimp Lysmata wurdemanni “will live on excess food
and refuse to eat the anemones,” I found them completely
effective, and in short order, in two different tank set-ups. My
observed problem was the opposite. I’m pretty sure they
starved soon after the Aiptasia were gone.

Next is a nice 30-page section on the zooanthids and
corallimorphs, followed by 60 pages on the small- and
large-polyped stony corals, covering the great bulk of coral
species offered in the trade.

Shimek’s next section is on the worms, including the
polychaetes such as fire worms and the feather duster worms, with
many species of the latter covered in informative depth. I found
his description of insufficient food as the cause for crown
shedding in the Sabellid worms very interesting and helpful for
the husbandry of these beautiful animals. One of Ron’s
contributions to our hobby has been to change aquarist’s
perceptions about the small fire worms found in our substrates
from dangerous to beneficial.

The next section of high interest for aquarists is a
comprehensive one on the so-called ornamental shrimps, followed
by shorter sections on lobsters and crabs. The author seems
generally distrustful of hermit crabs and recommends stocking
fewer than 1 per 10 gallons, significantly lower than that
usually recommended. I stock many more than that and find them an
effective first guard against any algae growing on introduced
rock or specimens. 10 pages on the tridacnid clams and more than
40 pages on snails follow this. The author’s choice of
priorities here may represent his own interests or what he
considers to be a paucity of information on snails but it seems a
bit unbalanced given the relative interest of most aquarists.
Nudibranchs, cuttlefishes, octopuses – even Chambered nautiluses
-are next, with the echinoderms and tunicates as the concluding
groups.

As I said in introduction to this guide, it is certainly
comprehensive. As usual the interests of the author are evident
in the species chosen and the emphasis placed on groups. All in
all, Ron Shimek’s guide to marine invertebrates is
undoubtedly a “must-have” for serious aquarists. Keep
it with you next to Scott Michael’s guide to fishes when you
are tempted to acquire another tank resident and save yourself
some grief while you help to discourage the trade in
inappropriate organisms. 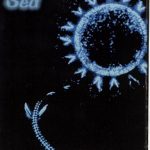 For those of us interested in the fascinating subject of
bioluminescence – I think an increasing group and one that
includes me – this video provides beautiful and exciting
examples. The principal scientist behind the work is Edith
Widder, Ph.D. of the Harbor Branch Oceanographic Institute.

The videographers have captured images from organisms at all
oceanic strata, from warm surface waters to the cold depths of
the marine world. They make the astonishing statement – to me at
least – that more than half of marine creatures have the capacity
to use bioluminescence as part of their repertoire for survival.
They go on to state that since 99% of our biosphere is oceanic,
“bioluminescence may be the most common form of
communication on the planet.”

I acquired my copy through the Sea Grant office here in Hawaii
and had some trouble finding the purchase price on the net, but
it would certainly be worthwhile to go to the web sites above to
search for information on getting this fascinating video. The
sites are full of other important information on marine issues
and deserve a visit in their own right.