Sustainability in the Aquarium Trade

“Oh no!” another article about sustainability! It seems that aquarium-related Facebook and Internet sites have been overwhelmed recently with articles and op-eds about the sustainability (or lack thereof) of the marine aquarium trade. No doubt, much of this push was orchestrated to coincide with the release of the movie, Finding Dory. Despite all of the hyperbole, this is a vital topic for aquarists.

Increased sustainability is obviously better for the environment, but it also makes good economic sense. Unsustainable use (whether it be of aquarium fish or crude oil) brings with it higher costs and supply shortages. In the case of sustainability of living things, there is also an ethical obligation to maintain the highest levels.

Sustainability is a continuum, not a “Yes” or “No” proposition.   Human activities vary in their effect on the environment. There are hugely unsustainable impacts such as the illegal collection of fish using sodium cyanide. An example of neutral sustainability might be the regulated collection of wild fish – where the numbers taken are controlled by government agencies – yellow tangs from Hawaii for example. Positive sustainability is seen where, for example a clownfish is raised in captivity for the aquarium trade. Not only did this fish then not come from wild populations, but its sale increases sustainability because one less fish was captured instead. The argument is sometimes made that sustainable harvesting of aquarium fish from the wild is better than captive raising them in that the fish collectors earn a living catching aquarium fish. If they are shut out of that market, they might turn to less sustainable extractive uses of the environment such as dynamite fishing or logging. This scenario has only been documented through Project Piaba in the Rio Negro Amazon for the collection of cardinal tetras. For marine fish collectors, it is only supposition that a move to captive raised fish would actually harm the environment by changing business practices of the local people. 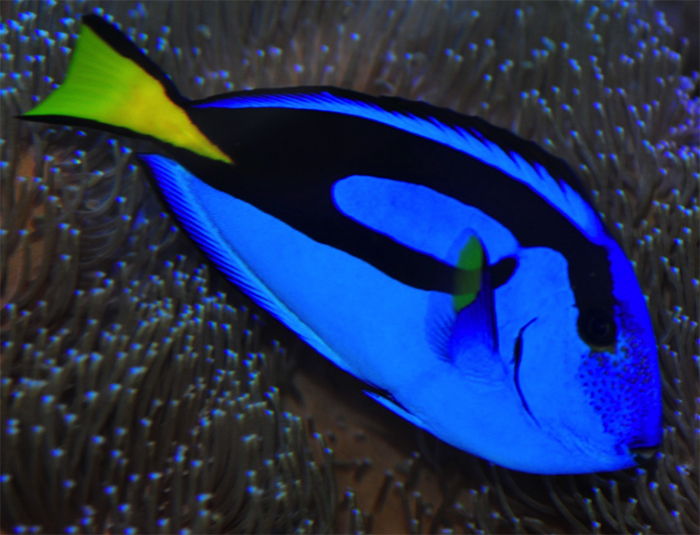 Aquarium fish that die, are typically replaced with new fish – so sustainability is an on-going issue. Kevin Willis, a population biologist, maintains that the “mortality rate” for all captive animals is 100%. He bluntly states this in order to point out that there needs to be a qualifying time period in order to calculate a rate. If the time period is infinite, then the rate is always 100%. In the aquarium trade, mortality rates are not frequently measured. Aside from shipping mortality, it is difficult to assess aquarium fish mortality rates over longer periods. The lengthy supply chain means that mortality information is usually lost when transitioning from one point in the chain to the next. The final recipient has the best opportunity to capture mortality rate data, but frequently this is informally done, and then for only a few animals at a time. Certainly there are longevity records, where an individual fish is recorded to have lived in captivity for a long time. Less frequently seen are mortality rates for intermediate time frames, especially from the point they enter the retail trade to the end consumer. Twice, over the past 30 years, I’ve had the opportunity to fully track large groups of marine aquarium fish through this period of importation and acclimation to aquarium life, while having long-term captive fish in the same systems in order to rule out husbandry problems that might otherwise cause the mortality rate to spike.

Despite its four figure price tag – the Spanish Flag is not over-harvested or rare, it is just found at great depths, and therefore is quite expensive.

While it is generally acknowledged that animals from certain regions have different post-capture mortality rates, the actual mechanism(s) that causes this difference cannot always be determined. Certainly, the collection of fish with sodium cyanide is a primary suspect, but shipping and handling issues may also be present. For decades, I’ve preferentially acquired animals from regions that I know to have better survivorship, so it was difficult for me to truly understand the magnitude of the current problem based on my own experience. In the summer of 2006, I had a unique opportunity to compare a shipment of animals from certain areas of Southeast Asia (areas I had resolutely been avoiding acquiring animals from) to that of animals from other regions. The history of this event is as follows: A mixed shipment of fish and invertebrates destined for a Canadian pet store was confiscated by the USFWS and sent to us for holding. The manifest listed fish from a discount aquarium wholesaler in Los Angeles. These animals were what I term “Grade B, SE Asian” – small green chromis, keyhole angelfish, pajama cardinal fish and other low value species. All originated from Indonesia or the Philippines, and all would have been avoided by my acquisition protocol as a regular course of events. The shipment had originated the previous afternoon from the wholesaler in Los Angeles (probably between the 5th and 10th largest such firm in the city). It was seized at Detroit Metropolitan Airport around 1 pm and the animals were acclimated to three of our quarantine systems by 6 pm.

These same three quarantine systems also happened to house another group of fish that had arrived a few days prior. These animals had been selected with an eye towards avoiding fish from the problem areas. They included a mixture of Marine Aquarium Council certified Anthias and other premium species from one of the top two wholesalers in Los Angeles. There had been zero mortality in the control fish prior to the arrival of the confiscated shipment. 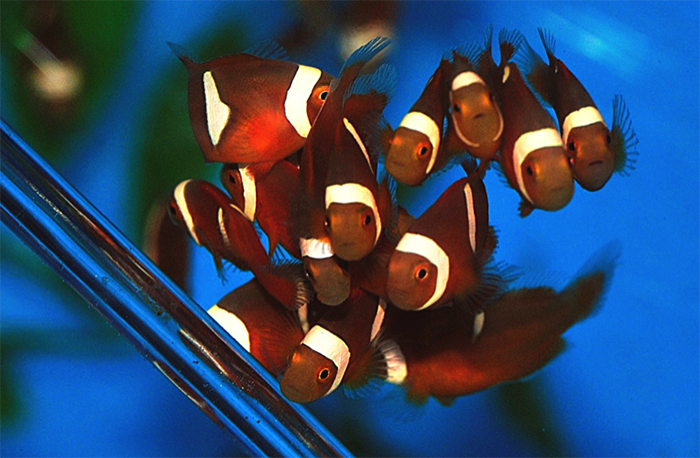 A statement that I’ve made to try and sum up the use of wild-collected animals in aquariums is: “Aquariums, both public and private are consumers of wildlife. Animals are taken from the wild and are (usually) never returned. There is no refuting this statement, all that can be discussed is the magnitude of this consumption. Is this take from the wild justified?” (Hemdal 2006). This “take” from the wild is unidirectional, rarely if ever are animals or their offspring returned. Public aquariums, with their mandate of public education can more easily justify their “wild take”. Home aquarists, while considered by some to be selfish consumers of wildlife, also have a strong personal educational component to their aquarium hobby. Remember that this “take” is simply no different than aquatic animals removed from the ocean for human consumption as food. This can be called the “Filet-O-Fish” tm phenomenon. Is there really any difference between a blue tang collected in the ocean for the aquarium trade and a Pollack caught in Alaskan waters to be made into a fish sandwich? The only two modifiers to this are: the relative sustainability of the biomass being harvested, and the intrinsic difference in value between a sandwich that you ate for lunch and a blue tang that may live for years in your aquarium. 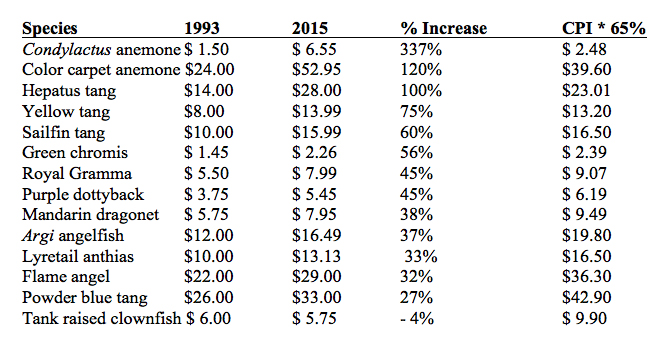 Price comparisons for a California fish importer from 1993 to 2015. 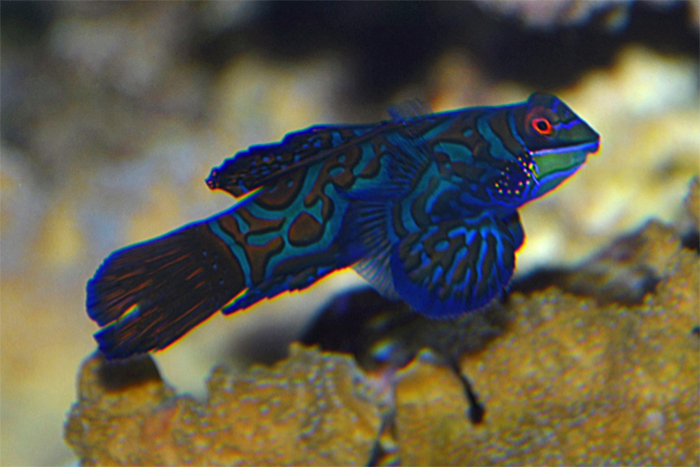 Despite heavy collection for aquariums since the 1970s, Mandarin Dragonet prices have remained steady when compared to inflation.

There is a presumption in the aquarium trade that if the price of an animal rises over time, ahead of the inflation rate, it means that the species is becoming rarer and is over-collected.  In order to examine this trend, the wholesale cost of 14 marine aquarium species was compared using a pricelist from a wholesale firm in 1993 and comparing it to the same company’s pricelist in 2015. During this 22-year span, the Consumer Price Index reflected a 65% increase in the overall cost of goods. The cost of hepatus tangs rose 100% in the same period, the only fish whose cost that rose substantially faster than inflation. Only the Condylactus anemone (337%) and the color carpet anemone (120%), had price increases greater than hepatus tangs. Sustainable harvest of large sea anemones has been an issue for many years. Florida has restricted trade in Condylactus anemones due to over-collection and the increasing rarity of colored carpet anemones has been known for decades to have been caused by the aquarium trade. The most widely collected marine fish, the green chromis showed a price increase of only 56%, less than inflation. The cost of tank-raised clownfish actually dropped over the 22 years, presumably due to more efficient rearing methods. Yellow tangs showed a 75% price increase, slightly ahead of inflation. Overall, except for the giant anemones, it appears that the marine aquarium trade has not caused any undue detriment to supplies of wild caught fish.

One of the goals of the new Toledo Zoo Aquarium is to increase the sustainability of our animal collection. All animal acquisitions are made with this goal in mind. We propagate what species we can. The business models of all suppliers are evaluated, and only the best sources are utilized, with an eye towards captive raised, or sustainably harvested animals taking precedence. Additionally, the husbandry methods for the collection are assessed so that longevity is maximized. The relative sustainability of the collection is constantly evaluated in order to see if these methods are effective. One indirect way for increasing the sustainability of aquarium animals is to educate other aquarists (as in this article). Aside from some specialized veterinary care, none of the methods we employ are outside the realm of what can be replicated by home aquarists. 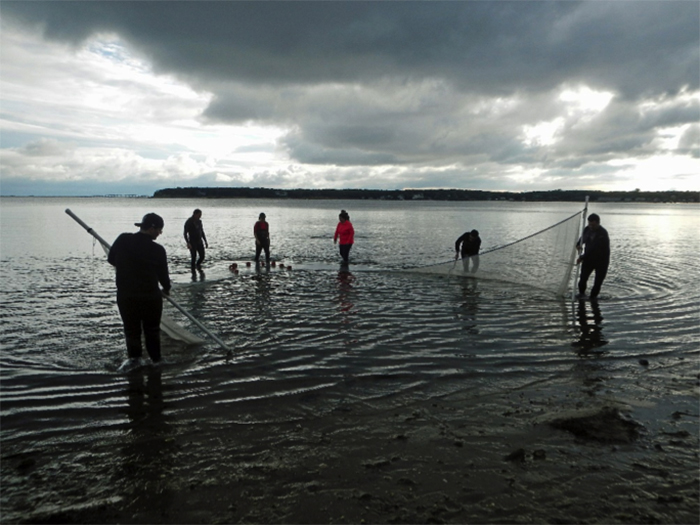 Collecting tropical waifs along the shores of Long Island in the fall is a case of sustainable extraction.

Acquisition hierarchy for the Toledo Zoo Aquarium – preference given for sources at the top of the list. The final two in red are possible, but not made.

Aquarium keepers all began in this hobby due to their strong interest in aquatic life. It seems only natural that we should also have an interest in protecting those environments. All aquarists have a vested interest in increasing the sustainability of their collections. It improves the welfare of the individual animal, makes good economic sense and is better for the environment. Avoid just playing lip service to sustainability, or becoming a “fair weather” conservationist who only chooses sustainable options until something really cool and rare comes along.