I suddenly had a massive die-off in my aquarium; of the surviving fish, some have developed swollen eyes, while others are floating abnormally. What’s going on?

When fish breathe this supersaturated water, the dissolved gases may leave the bloodstream and form air emboli (bubbles): gas bubble disease. These emboli occur in a variety of tissues, ranging from the eye to gills, along with internal organs such as the heart and swim bladder. In acute supersaturation, you may also see emboli in the gill lamellae, opercula and around the mouth. Additionally, ‘silver lines’ (which are actually long gas bubbles) may be visible between the fin rays. 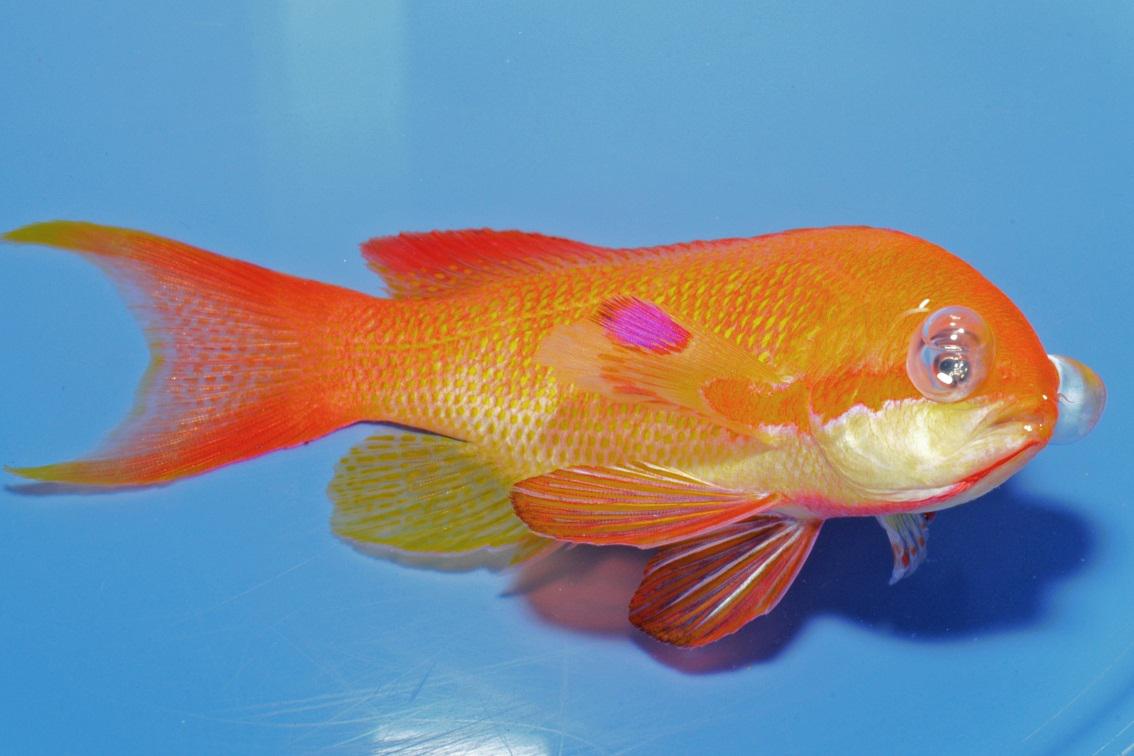 Anthias with severe gas bubble disease of the eyes. Two surgeries did not resolve the problem so the fish was humanely euthanized. Photo by Jay Hemdal

The clinical signs of gas bubble disease include abnormal buoyancy (which you’ve noticed already), caused by excessive gas in the swim bladder; abnormal protrusion of the eyes, or exophthalmia (the swollen eyes you mention), and often sudden death (your massive die-off), due to an embolus in the animal’s heart.

In an aquarium setting, gas supersaturation occurs for a few reasons. One of the most common reasons is air that enters the tank system, usually due to leaks in water pipes or cavitating pumps; this can cause the dissolved gas levels to elevate. 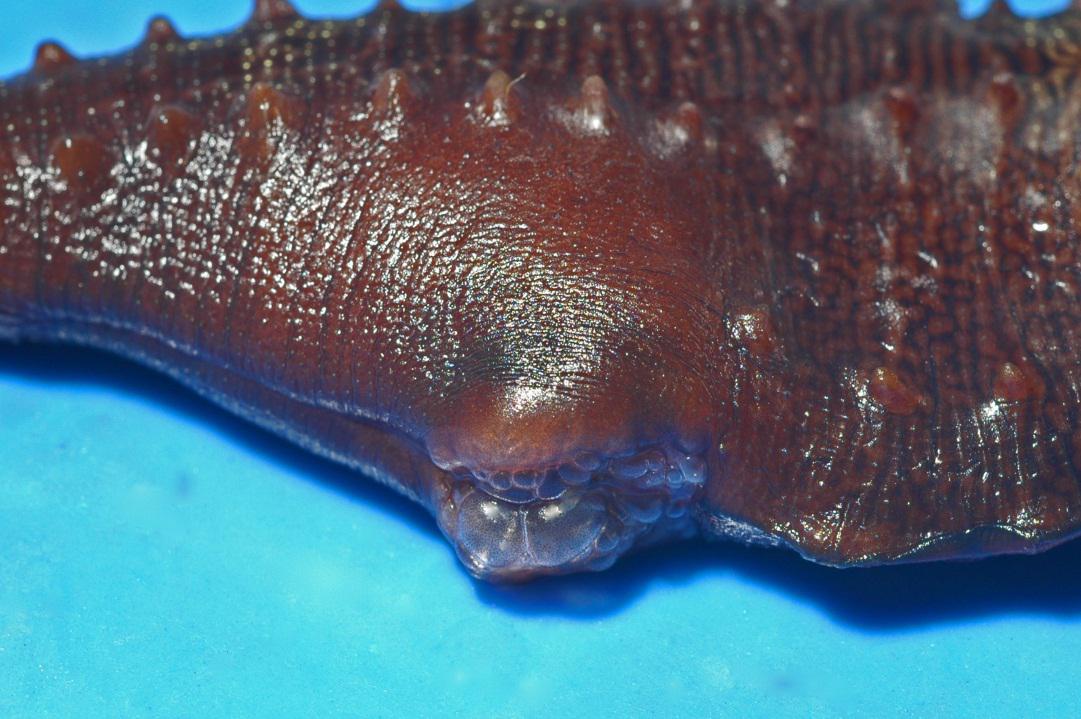 Gas Bubble Disease on the pouch of a male seahorse. The cause of this disease may not be from gas supersaturation, more investigation is needed. Photo by Jay Hemdal

Even water that is rapidly heated can result in a supersaturation event. In a supersaturated tank, fish near the water surface tend to develop more severe signs quickly because of the difference in hydrostatic pressure. This is one reason that hatchery fish are very vulnerable to developing signs of gas bubble disease; they cannot move to a lower depth. Other situations where supersaturation can occur include ponds with aquatic plant growth, because photosynthesis can increase the total dissolved gases. This is why aquarists recommend keeping keep pond oxygen levels below 125 percent.

Although rare, in some cases gas supersaturation can occur in a chronic form. This form of supersaturation can occur at levels below 110 percent, causing chronic low mortalities, opportunistic secondary infections such as fungus, a white discoloration of scales superficial to the region of the frontal bone, abnormal flotation due to swim bladder hyperinflation, or general fin damage and scale loss due to tank mate aggression.

Treatment of gas supersaturation involves eliminating the excess dissolved gas. How you do this depends on your tank system. One method is to first have water flow into a reservoir tank to aerate the water and allow equilibration with air. If this is not practical, you may use a packed column degasser.

Clinical signs of gas bubble disease may gradually resolve following correction of the gas supersaturation, but this could take weeks or months. In some cases, gas emboli may never completely resolve, becoming a chronic issue for the fish. Don’t try to remove air from bubbles found on the fish without veterinary supervision, because bursting the bubbles can be painful to the animal and could lead to secondary opportunistic infections. If gas bubbles persist following degassing of the tank,consult your veterinarian to determine whether medical treatments may be needed.

At the Toledo Zoo, an adult porcupine pufferfish (Diodon holocanthus) developed gas bubbles in its right eye. At the time of exam, a mature cataract was also found in that eye, and the presence of the cataract along with gas bubbles in the same eye led to a clinical suspicion of trauma as the underlying cause. While surgical removal of the cataract and treatment with ophthalmic medications have allowed the fish to retain vision in the affected eye, a gas bubble does persist chronically in the anterior chamber of the eye. This fish, however, has been able to thrive in its tank without significant hindrance.