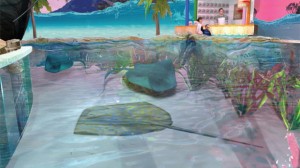 As if I needed another excuse to visit the World’s largest shopping facility, Sea Life Minnesota, the Aquarium located within the Mall of America, will be carrying out a $2 million expansion March 2015, the largest expansion since its opening in 1996 (they can get, say, 80 Personatus Angels for that!). The 1,200,000 gallon aquarium will feature an additional 15,000 gallon interactive Stingray Adventure as it’s main attractant, along with an interactive shipwreck exhibit and expanded touch pools featuring Pacific Northwest inhabitants. The aquarium already boasts the “world’s largest jellyfish collection” as well as the “world’s largest underground shark exhibit”. Thankfully, the aquarium won’t be closing its doors while undergoing the expansion, and in the meantime regular admission guests will receive a free “comeback ticket” to visit the completed project in May 2015. 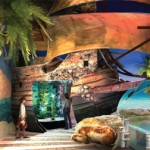