This story just pulls at the heart strings. Who doesn’t just love puppies? So just a far warning for all those fellow puppy lovers out there, this picture can be traumatizing to see. Last week, a Mississippi man, Matt Williamson, was walking by his home, looking for his dog in the woods, when he encountered a horrifying sight. He came across two brown and white puppies trapped inside of a sealed glass aquarium with no ventilation, water or nourishment for the puppies. The puppies were found near an abandoned bridge by the woods.  “They were put in here to drown,” Williamson told the news station. 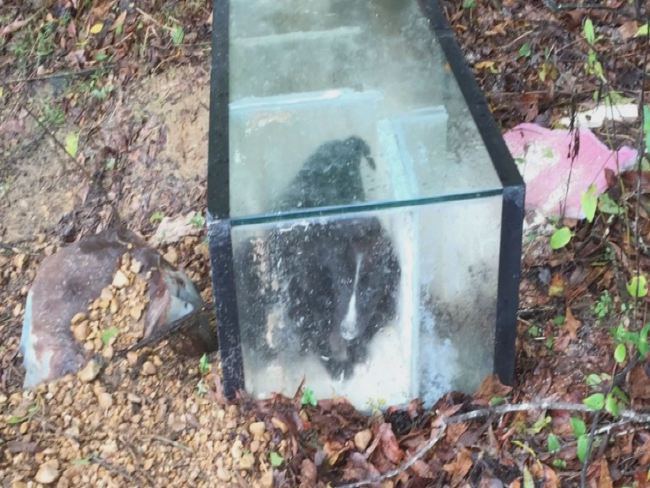 “They wanted these puppies to drown in here.” The aquarium was sealed shut with what appeared to be cement. Upon realizing the horrible state of these little guys, Williamson quickly called the Hinds County Sheriff’s Department, and the puppies were taken to the Mississippi Animal Rescue League (MARL). The Mississippi Animal Rescue League director said that the puppies were being treated for a slight fever and did not appear to be used to human handling. Once the puppies are fully recovered, they will be placed up for adoption. Hopefully this story gets a happy ending and the puppies get healthy and adopted into loving families very soon. MORE