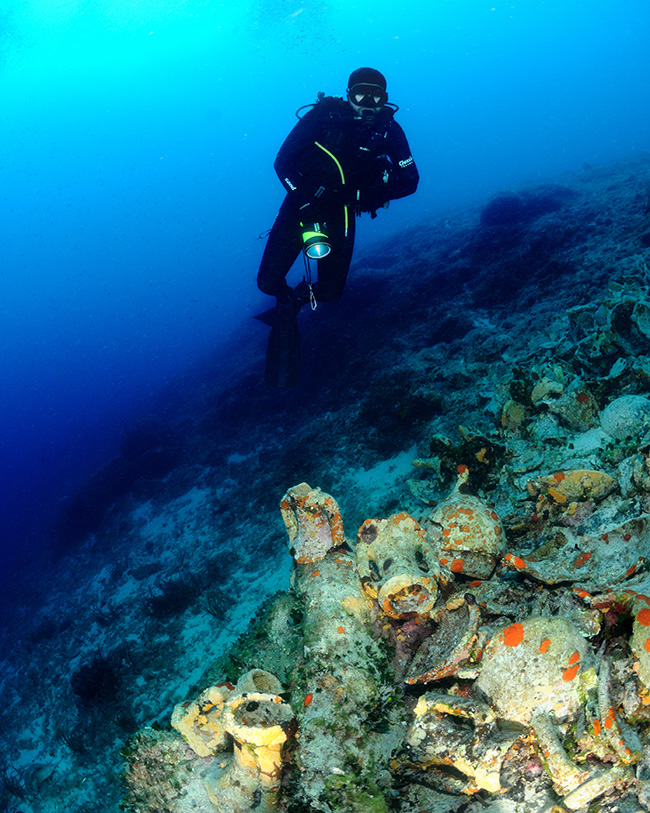 This is my final post featuring life from the temperate waters of the Mediterranean, and I hope it’s something that you haven’t seen before: the wonderful world of marine archaeology. 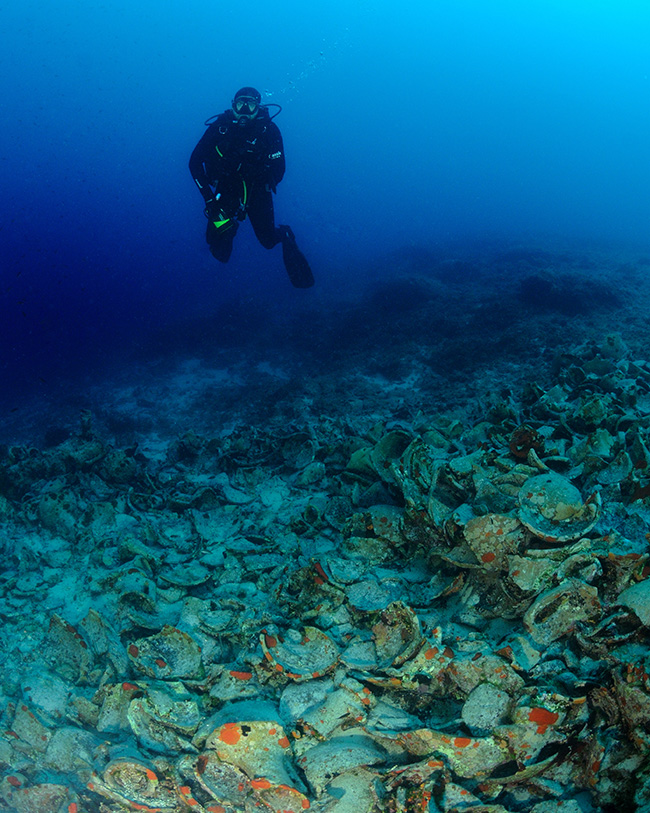 This broken mass of amphorae marks an ancient wreck in Croatia. It is in effect a rubble zone and was full of life

Shipwrecks litter the inshore waters of the Mediterranean, as centuries of ships have foundered after running into rocks or being dashed against the shores. More modern wrecks, those made of iron and steel, are quite resilient and easy to find, but older ships, made of timber, are likely to have rotted away entirely, only leaving behind their cargo.
In this sea, where trade routes have existed for thousands of years, every island or stretch of coastline seems to have an ancient wreck site.  Many have been recorded and excavated by experts, while others have yet to be explored.  Some are open to scuba divers, while others are entirely off limits.

Here are a few pictures, some from the Adriatic and one from another site in the Med.  Often, the only objects that suggest a ship was ever present are amphorae – tall, two-handled clay jars from the ancient Greeks and Romans. Amphorae are remarkable pieces of ceramic that were once stacked in ships’ holds to transport oil or wine across the sea. 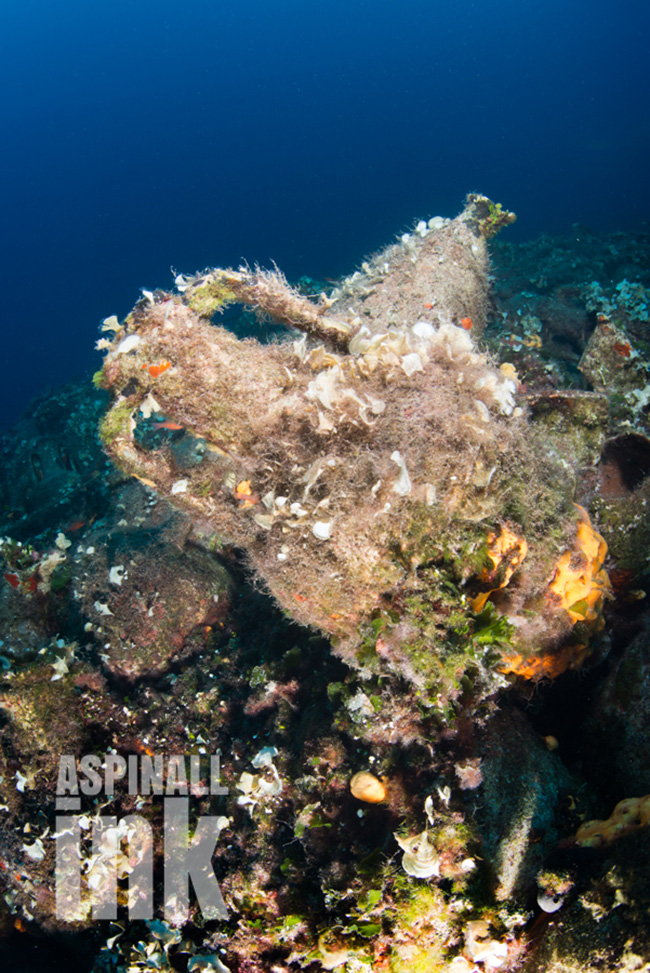 Sadly, they are also fragile and fall prey to souvenir hunters or get smashed when boats drop anchor. Many countries have very strict guidelines on visiting these sites, for obvious and worthwhile reasons.

Recreations of amphora are relatively easy to find, and I have often wondered how it would look to add a few modern pieces, perhaps just a handle or a spout (as long as they were aquarium-safe), to an aquascape.  Would it be a tasteful addition or a step too far?