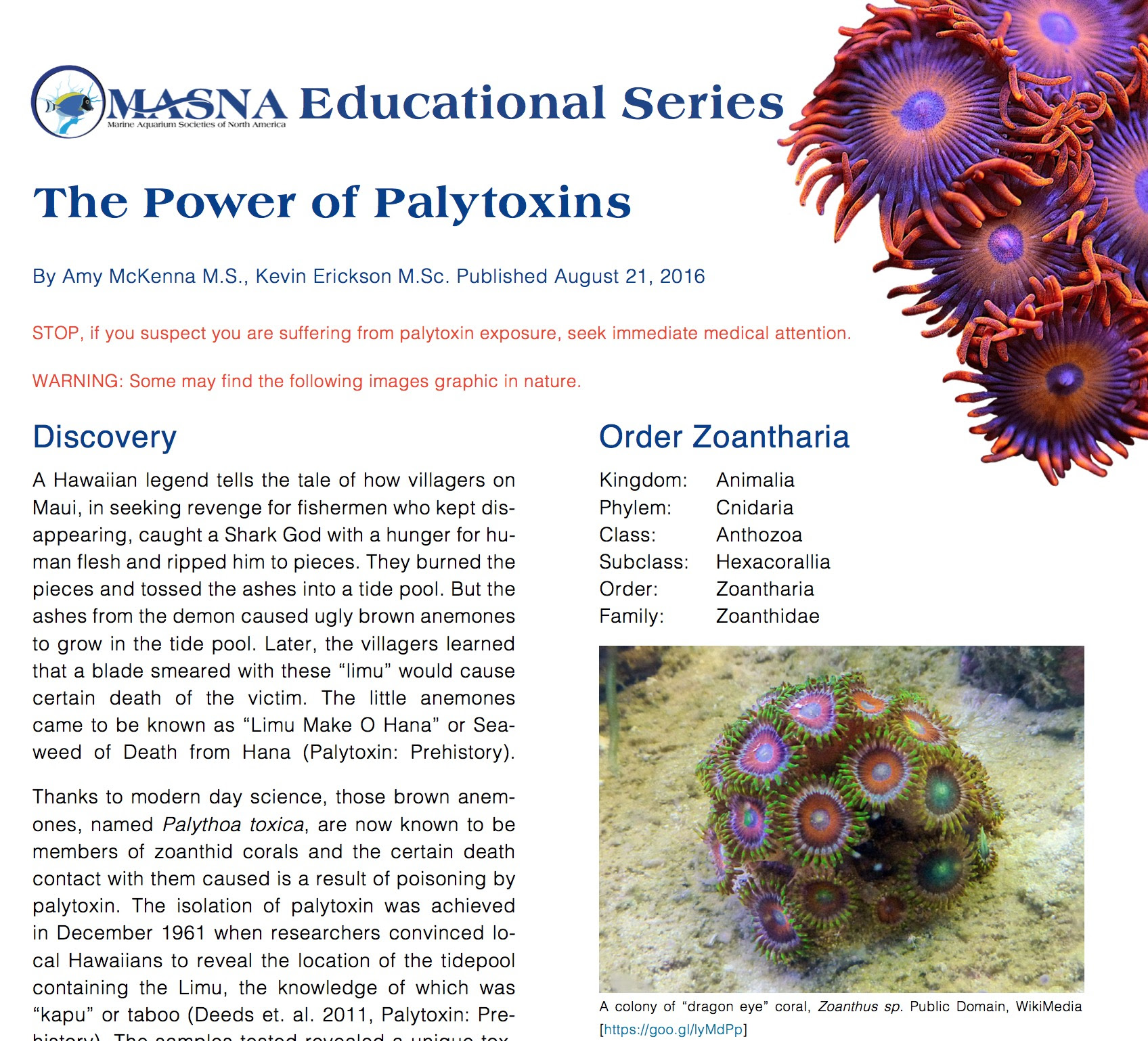 The good folks at MASNA are proving once again that they’re committed to putting their money where their stated educational goals are, with the release of new downloadable and printable versions of the MASNA Educational Series articles. The five articles were released in 2016, and are available to access for free on MASNA’s website. They cover a range of interesting topics, including: the aquaculture of the Palette Surgeonfish, Lionfish in the Atlantic and Caribbean, Marine zoonotic diseases, the impact of releasing ornamental species, and palytoxins. Readers are encouraged to print and distribute the articles, whether that is in the classroom, with your local reef club, at frag swaps and events, or maybe even at your local fish shop. The PDF versions can be found at the top right of each online article, and can also be downloaded all at once as a zip file by following this link:  https://goo.gl/1QZdcT  . In addition, MASNA will have copies of the articles available at their booth at conferences and swaps throughout North America.