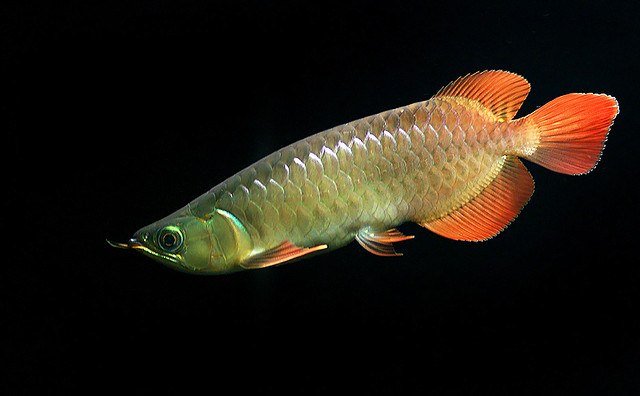 
Ryan Lopez Bernardez (39 years old, San Jose, California), is indicated on the charge of transporting and selling two Asian arowanas.  While CITES permits the international trade of captive-bred Asian arowanas, the United States still outlaws their trade under the Endangered Species Act.  If convicted, Bernandez faces a possible maximum sentence of five years in prison and fines up to $250,000 USD.  He is currently out on a $100,000 bail.

Sadly, this type of illegal activity is far too common.  We recently reported about D.R. Imports charged with smuggling of protected Floridian live rock.  Earlier this year, a man from San Diego, California, was sentenced to three years probation for trying to sell Asian arowana to an undercover agent by way of a Craigslist ad.  In the Spring of 2014, the US Department of Justice sentenced both a public aquarium, Idaho Aquarium, and a marine aquarium livestock retailer/wholesaler, Tropicorium (Michigan), each for illegally importing protected Floridian wildlife.

All this occurred in the span of a single year.  Every indictment and sentencing leaves an indelible stain on our hobby and trade.

We can not afford to sweep this under the rug; we can’t look the other way.  Anyone who sells protected species is obviously committing a crime, as is anyone who knowingly purchases protected wildlife.  We further contend anyone with knowledge about illegal trade within our hobby/industry who doesn’t speak up is also complicit in these crimes.  The “no snitch” personal code some people have chosen to adopt simply can not be our status quo.  By keeping silent, we are ultimately harming ourselves.  Let us all accept roles in protecting our hobby and protecting wildlife.  With everyone doing their part (reporting, speaking up, even shaming), we can alter the risk-reward ratio for anyone thinking about perpetrating these illegal acts.  These jackasses profiting at everyone else’s expense must be brought to light and to justice.