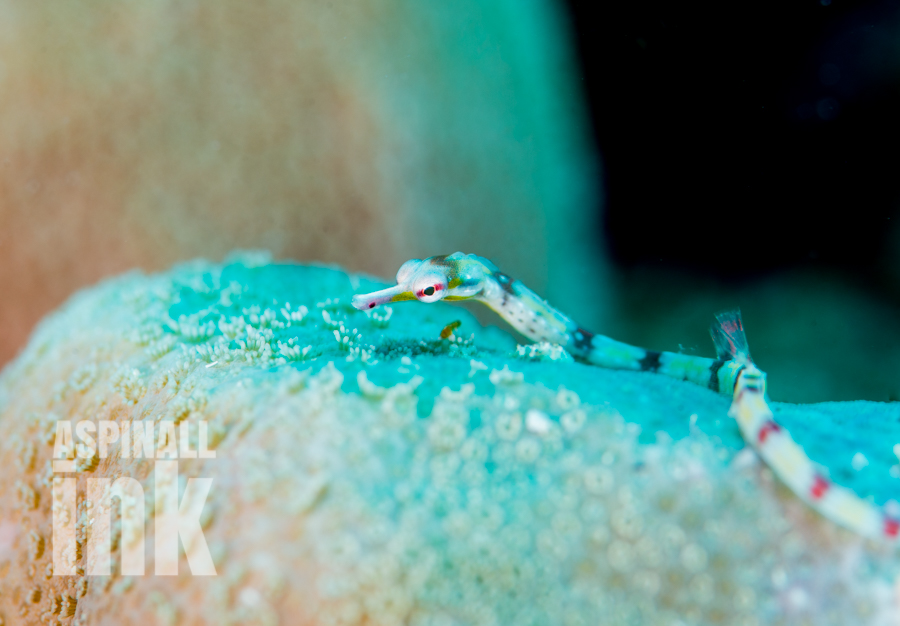 I’m a big fan of Pipefish and never miss an opportunity to photograph them; usually I see them when I have a wide angle lens fitted to my camera. Occasionally though, luck, biology, and forward planning come together and I find myself in just the right place with the right gear and at the right time.I’d been told there was a nice bommie with several pipefish that would make a good start to a macro shooting dive and as we approached, it did indeed look good. 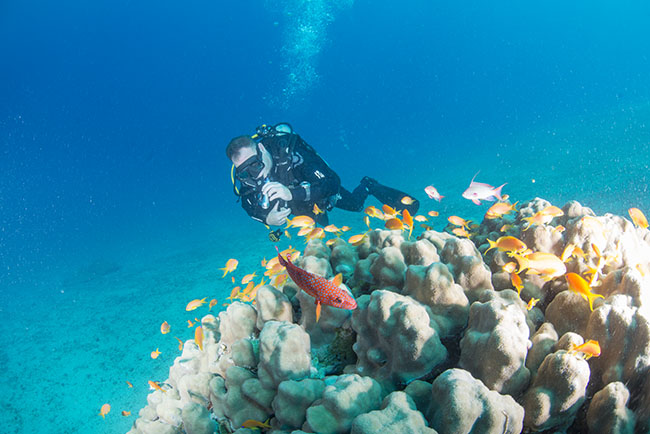 A small bommie, but an interesting one. That Coral Hind was a wary one.

I wasn’t sure which species to expect.  I was in the Red Sea and my Reef Guide told me to expect one of eight species.  As we approached the bommie, my buddy spotted a Double-ended Pipefish (Trachyramphus bicoarctatus) that was doing a fine job of looking like a piece of dead sea grass.  At nearly forty centimeters, it was a big ‘un – too big for my 105mm macro lens. 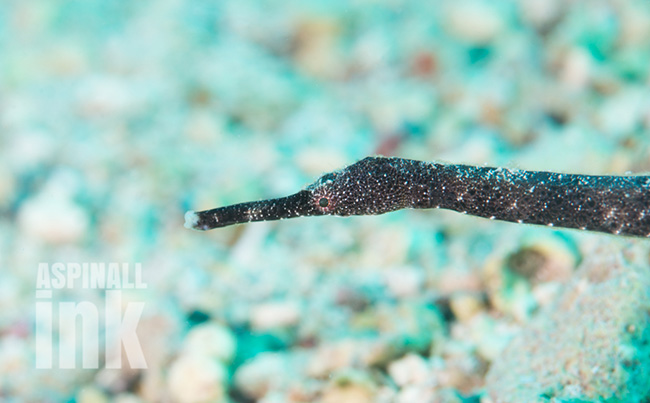 As we got to the bommie, I realized this was pipefish city, with several pairs seemingly occupying distinct territories.  They looked like Corythoichthys schultzi, the Gilded Pipefish. 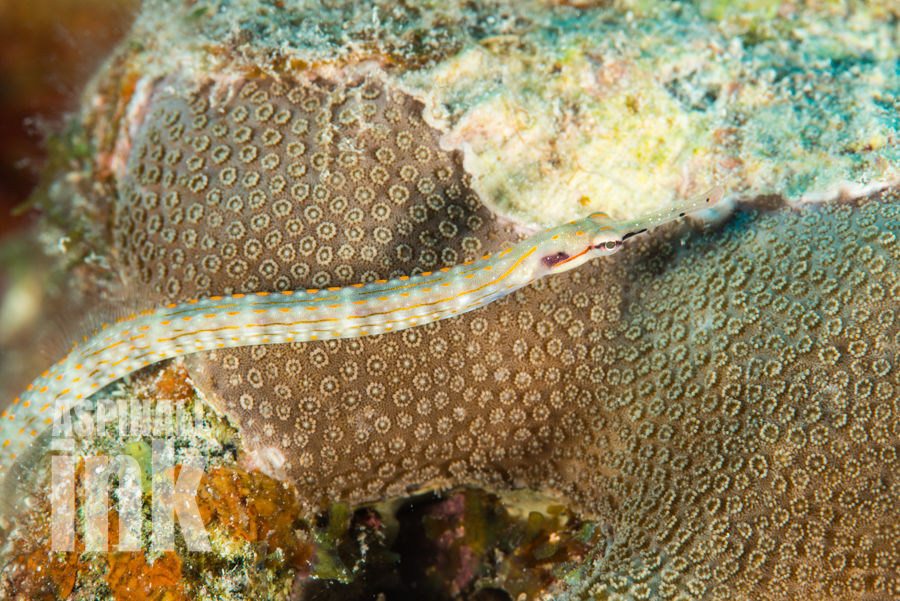 A larger, fully-grown fish at around 15cm. 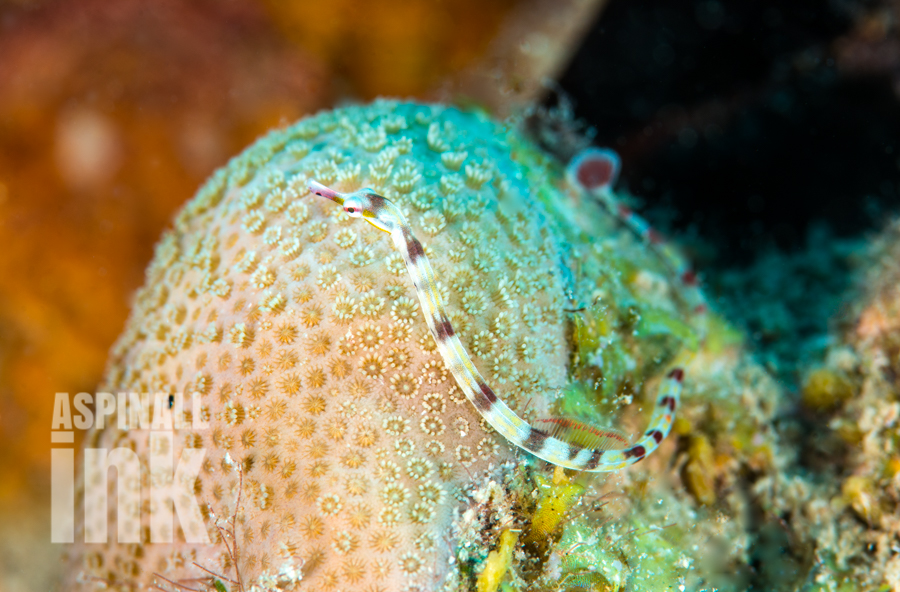 A really cute juvenile at around 8cm

Clearly I was in macro heaven.  My buddy wandered off to do something more interesting while I set about photographing a very cute juvenile fish.

As I fired off the shutter I could see that the fish were constantly feeding, picking at small morsels that were hiding on the areas of rock that were covered in the dense and complicated mass of algae, hydroids, small sponges, and the rest of it that provide foraging and breeding grounds for the tiny crustaceans that these fish need.

A truly wonderful insight into the natural behavior of these thoroughly charming animals.