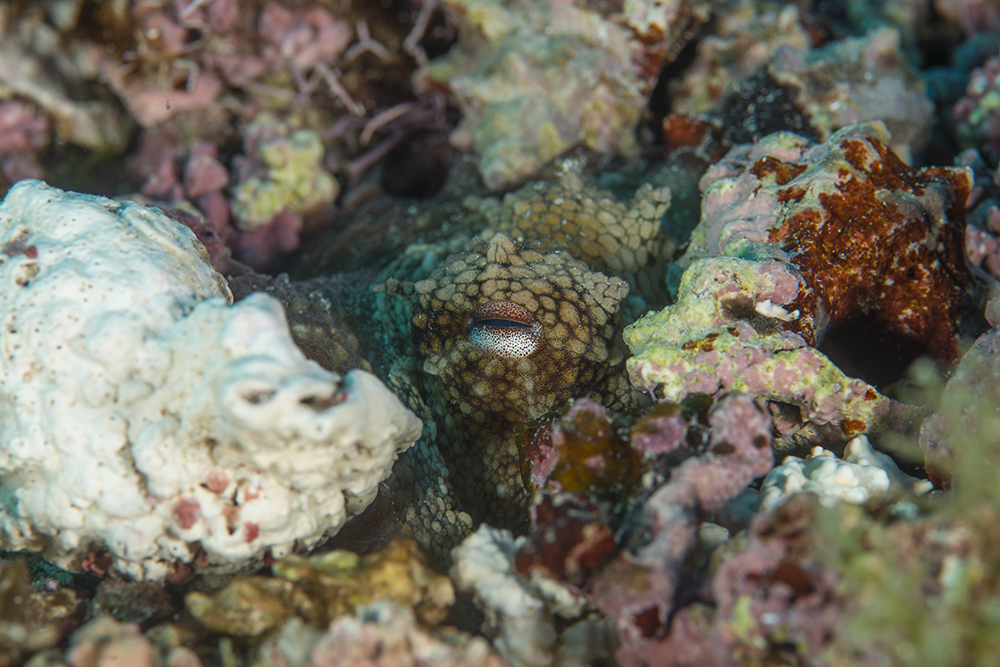 I recently watched the Netflix documentary ‘My Octopus Teacher’.  What an amazing piece of story telling, with some really lovely imagery.  Sadly, I haven’t ever befriended an octopus, but I have encountered them all over the world, albeit briefly.  Here’s a few from the Med, where octopus are very common.

It’s a long time since I ate octopus: I can tell you they are absolutely delicious, but like many divers who have encountered them in their natural element, I have too much respect for these clearly intelligent animals to support their capture and cooking. Anyhow I digress.

My first image is from the Medes Islands off the coast of Catalunya (as the locals call it), or Catalonia, Spain to the rest of us.  This series of rocky pinnacles, islets, boulders, and reefs is one of the jewels of the Med and known world-wide for its lush growths of gorgonians, which thrive in the slightly silty waters. 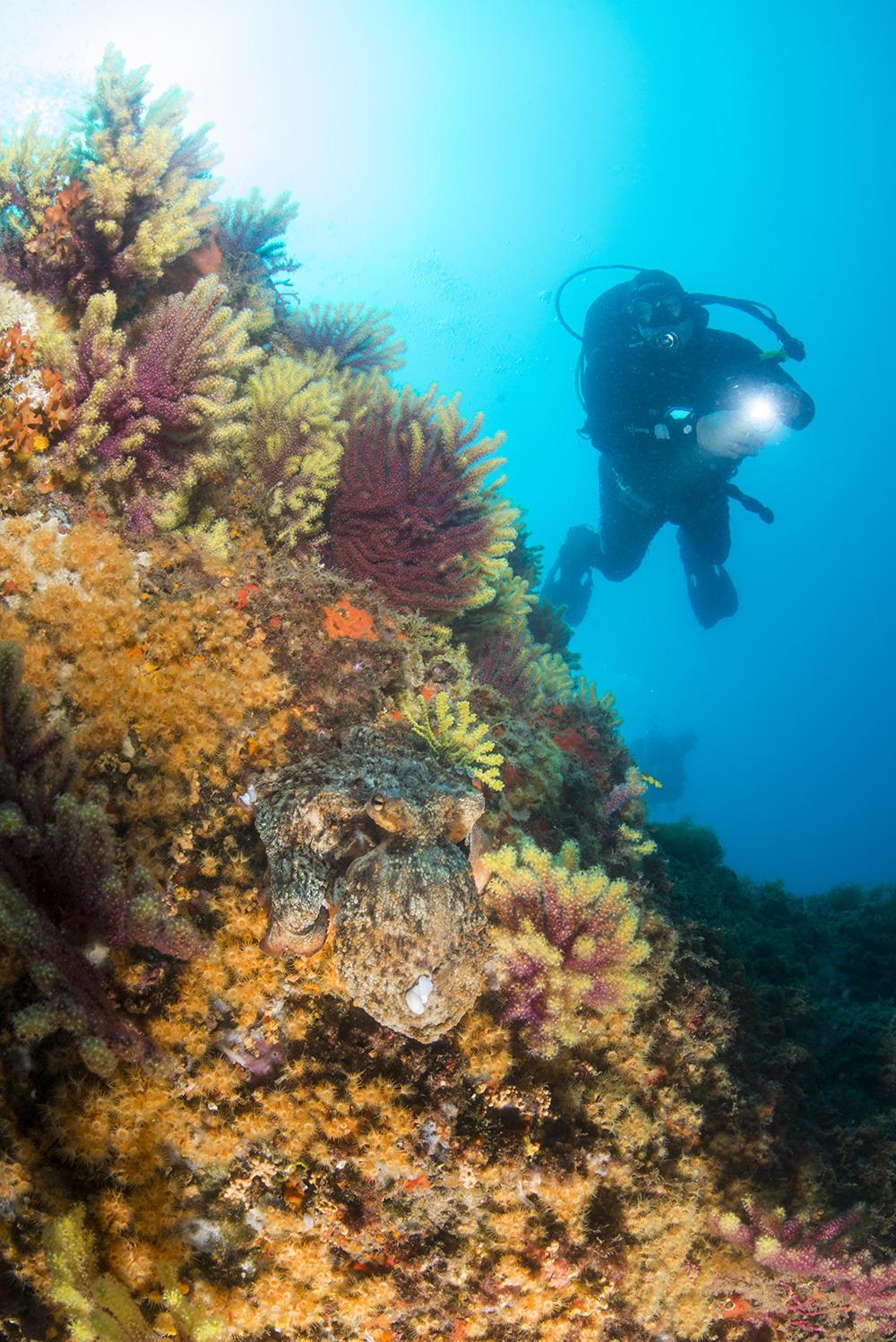 This was quite a big specimen and appeared to be fairly comfortable in our presence, maybe due to the hundreds of divers a day who explore these sites.  As you can see, the rocks are covered in life.

My other two images show octopuses which are a little more wary and have retreated into their lairs.  The first was shot somewhere in Greece and is the same animal you can see in the main image. 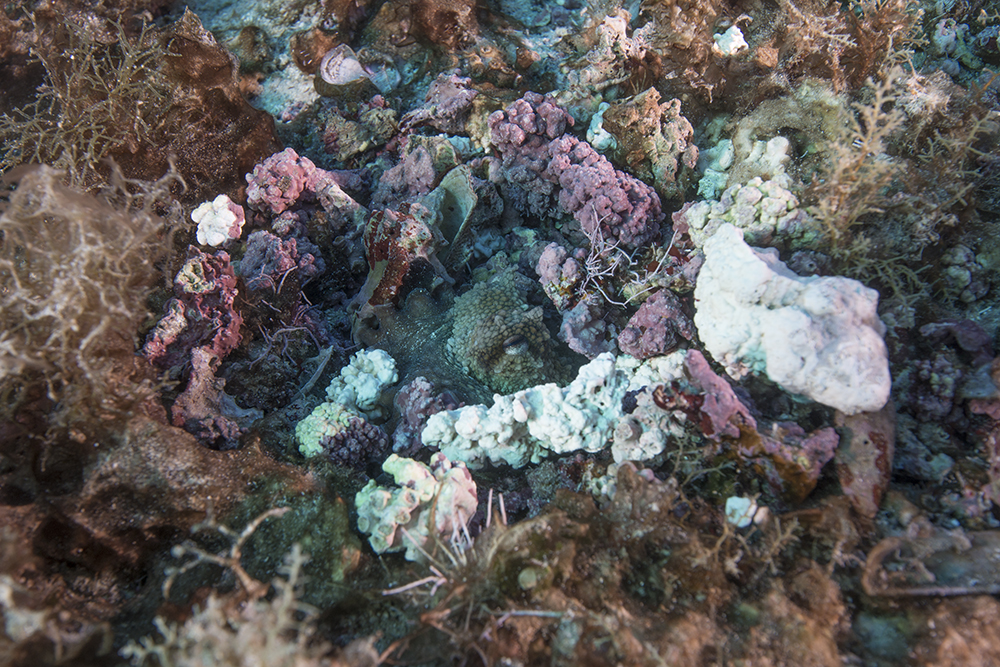 As you can see, the octo has collected a series of rocks, many with some coraline algae growth, to add protection around its lair.  They will also, pull stones and shells over themselves to further mask their presence from hunters such as morays and humans of course. 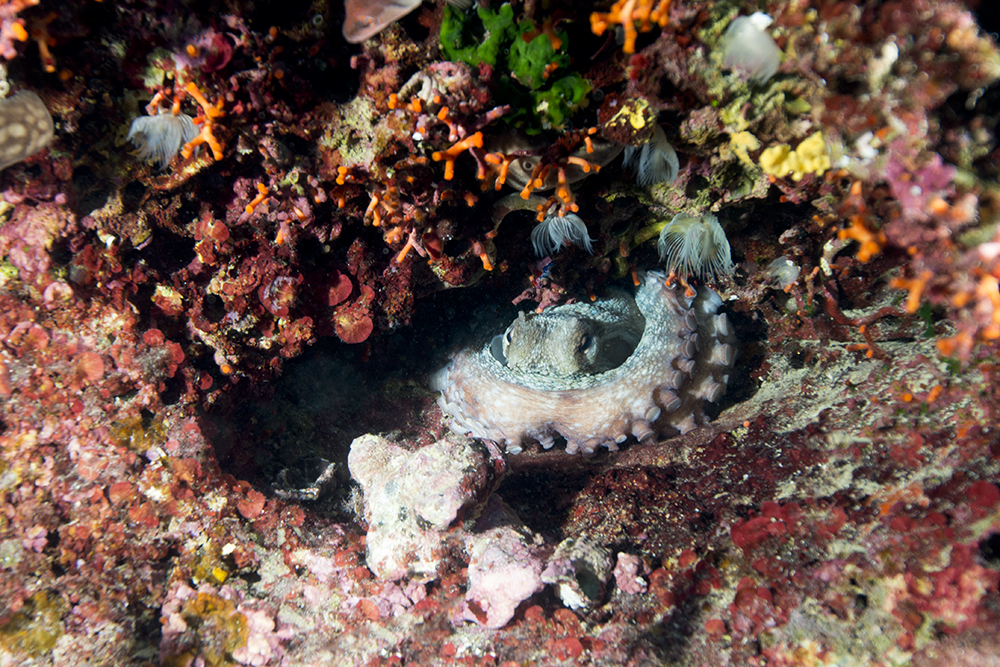 This last image, taken in the Balearics, shows an octo with a slightly deeper hole, towards the back of an overhang, who hasn’t collected as much material to add to his garden.  Yes, the Beetles song was inspired by tales from Greek fishermen, about real life octopus gardens.