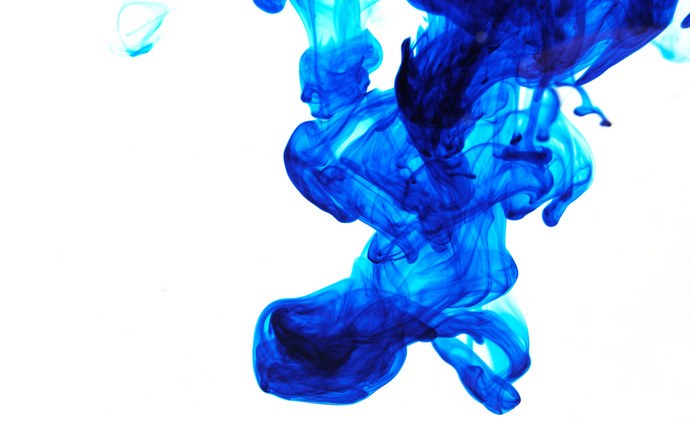 Methylene blue (C16H18N3SCl) is a chemical many aquarists use.  It’s a time-tested preventive treatment for freshwater ich, fungus, and bacterial infections.  Aquarists have reported sickly fish “springing” back to life after methylene blue bathes.  No one knows why it works exactly (theories abound), only that it does work.

Researchers are finding the same thing about methylene blue’s effect on human cells.  Past research has found that this chemical is able to delay cell senescence and aging.  The chemical may also prove useful in our fight against Alzheimer’s and Parkinson’s Diseases.  It can also be used to treat cyanide poisoning.  And a new research confirms methylene blue’s ability to reverse progeria, a rare genetic disorder that accelerates the aging process.

Now before you start pouring entire bottles of methylene blue into your aquariums – or drinking the stuff yourself to cheat Father Time – know that methylene blue can lead to serotonin toxicity and has been shown to cause DNA damage in some circumstances.  It’s not a chemical to be trifled with, which is one reason why we haven’t yet seen methylene blue treatments for humans yet.

But no doubt the blue tonic has some amazing effects that captivate the attention of researchers.

Progeria is a rare genetic disease that mimics the normal aging process at an accelerated rate. Symptoms typically appear within the first year of life, and individuals with the disease develop thin, wrinkled skin, fragile bones and joints, full-body hair loss and organ failure, among other complications.  Most do not survive past their teen years.

New work from the University of Maryland suggests that a common, inexpensive and safe chemical called methylene blue could be used to treat progeria—and possibly the symptoms of normal aging as well. A new study shows for the first time that small doses of methylene blue can almost completely repair defects in cells afflicted with progeria, and can also repair age-related damage to healthy cells. The study was published online in the journal

Methylene blue successfully repaired progeria-related defects in the nuclei of human fibroblast cells affected by the disease. The nuclei of untreated cells (panels 1 and 2, left) still exhibit the abnormal convoluted shape characteristic of progeria. The nuclei of cells treated with methylene blue for 8 weeks (panels 3 and 4, right) returned to their normal, rounded shape. The top images were stained with antibodies that attach to the normal lamin A protein, while the bottom images were stained with antibodies that attach to defective lamin A, also known as progerin. Image credit: Kan Cao/Zheng-Mei Xiong/UMD

“We tried very hard to examine the effect of methylene blue on all known progeria symptoms within the cell,” said Kan Cao, senior author on the study and an associate professor of cell biology and molecular genetics at UMD. “It seems that methylene blue rescues every affected structure within the cell. When we looked at the treated cells, it was hard to tell that they were progeria cells at all. It’s like magic.”

Progeria results from a defect in a single gene. This gene produces a protein called lamin A, which sits just inside the cell’s nucleus, under the nuclear membrane. Healthy cells snip off a small piece of each new lamin A molecule—a small edit that is necessary for lamin A to work properly. Cells with progeria, however, skip this important editing step. The defective lamin A interferes with the nuclear membrane, causing the nucleus to form bulges and deformations that make normal functioning impossible.

The team found that methylene blue reverses the damages to both the nucleus and mitochondria in progeria cells remarkably well. The precise mechanism is still unclear, but treating the cells with the chemical effectively improved every defect, causing progeria cells to be almost indistinguishable from normal cells.

“We have repeated these experiments many times and have not seen a single one fail,” said Zheng-Mei Xiong, lead author on the study and a postdoctoral associate in the UMD Department of Cell Biology and Molecular Genetics. “This is such an exciting result with so much potential, both for progeria and normal aging. Methylene blue is common and inexpensive. It is fully water soluble and non-toxic. People use it to clean fish tanks because it is so safe for the fish eggs.”

Cao and her team are moving quickly to complete the next crucial step: testing in animal models.

“So far, we have done all of our work in stem cell lines. It is critical to see whether the effect extends to whole animals,” Cao explained. “We also want to see if methylene blue can repair specific effects of progeria in various cell types, such as bone, skin, cardiovascular cells and others. Further down the line, other groups might begin human clinical trials. It’s very exciting.”