Researchers from Scripps Institution of Oceanography at the University of California San Diego have engineered a microscopic camera system to view corals underwater in their natural habitats. Co-lead author and PhD student at Scripps Andrew Mullen says “This underwater microscope is the first instrument to image the seafloor at such small-scale.” Capable of viewing corals on a cellular level this diver-operated camera system opens a wide range of ability to observe corals completely unadulterated. “To understand the evolution of the dynamic processes taking place in the ocean, we need to observe them at the appropriate scale,” said Jules Jaffe, the senior author of the study, and head of the Jaffe Laboratory for Underwater Imaging at Scripps. 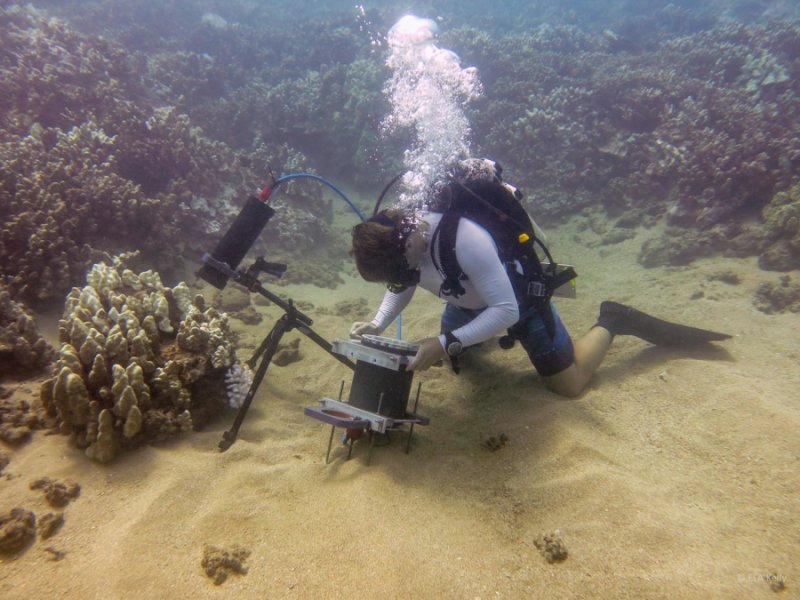 With this new trend in mind the team began studying the interactions between coral polyps and what the were able to document was very interesting. A phenomenon dubbed coral “kissing” was observed, where two polyps from the same coral colony are found caressed together, possibly sharing food particles. A mechanism for coral defense was also observed, where hard species of coral expel digestive filaments known as “Mesenterial” filaments in an attempt to battle for reef space. “This instrument is a part of a new trend in ocean research to bring the lab to the ocean, instead of bringing the ocean to the lab,” said study co-lead author Tali Treibitz, a former Scripps postdoctoral researcher now at the University of Haifa’s Charney School of Marine Science. The research team also studied the effects of coral bleaching, noting one particular formation and organization of symbiotic algae within hard coral that is recuperating from a bleaching event. They documentation of an inceptive “honeycomb” colonization pattern of zooxanthellae algae within recovering coral would not have been possible without the deployment of this team and camera system. Read more here!